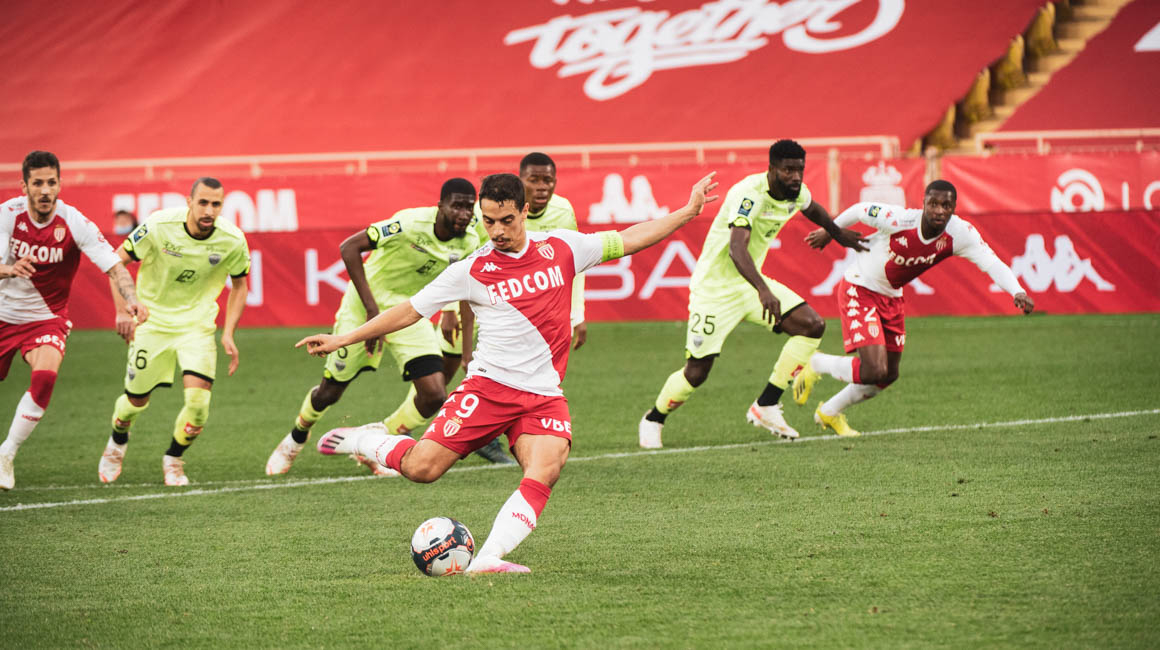 Coming on at halftime, the AS Monaco captain was voted MVP of the Rouge et Blanc's win over Dijon FCO (3-0) by the club's fans on the AS Monaco App. He impressed with a successful performance led by his 6th double of the season.

For the past few weeks, AS Monaco have been winning definitively in the league (11 goals scored over the team’s last three matches). The attacking players in particular have impressed, and it has been difficult for one to stand out from the crowd. During the win this Sunday against Dijon (3-0), this was again the case. Stevan Jovetić, for example, opened the scoring, while Aleksandr Golovin’s midfield performance was also impressive (65 touches, 8 crosses and 1 assist). 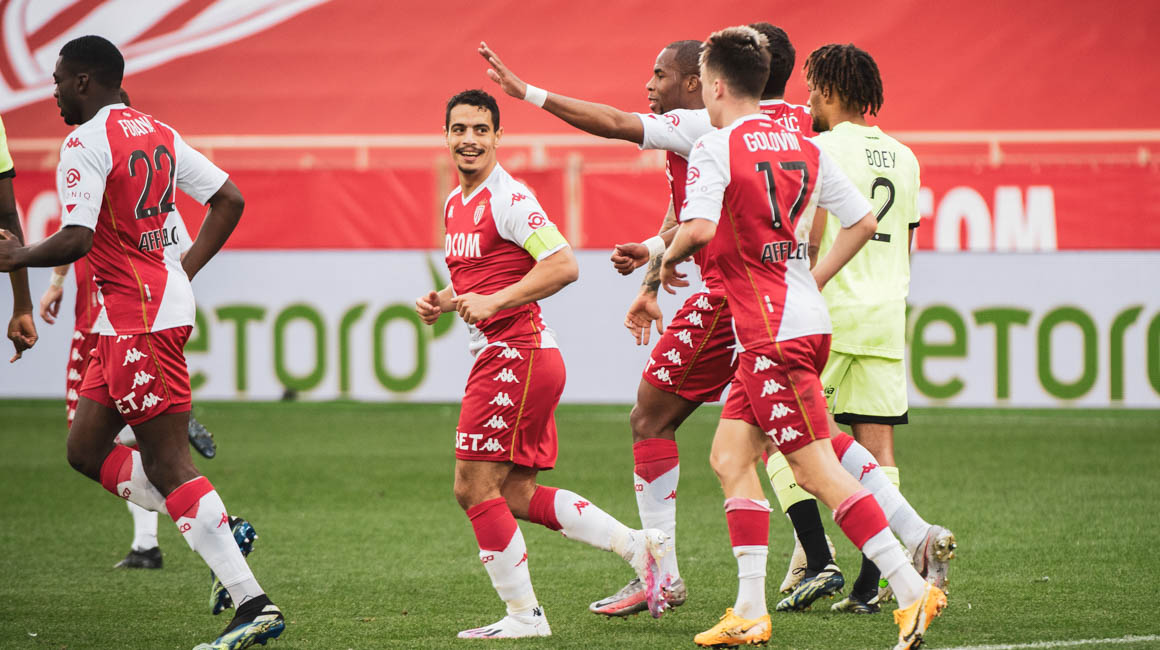 A substitution which changes the course of the game

That’s not even mentioning Caio Henrique, who could have scored a goal and had an assist but for a fine display by Saturnin Allagbé in the Dijon goal. But it was Wissam Ben Yedder who was voted MVP for the second week in a row, after a decisive appearance off the bench. Left out of the starting eleven by Niko Kovac, the French international (12 caps, 2 goals) came on as soon as the second half started with the score still 0-0, and brought his technical qualities to the forefront of the attack.

Able to keep the ball in tight spaces, he did not take long to impress. Only three minutes after coming on, the Monaco striker was awarded a penalty which he himself tried to convert.

A love for the goal that’s not satisfied with one

Unfortunately, it was stopped by the DFCO ‘keeper, but without any repercussion, however, because Stevan Jovetić followed up the rebound perfectly to open the scoring. Hardly troubled by this miss from twelve yards, the captain of the Rouge et Blanc was hardly one to languish in his troubles and proved thereafter that he is indeed one of the best strikers in Ligue 1.

On a through ball by Aleksandr Golovin for the second Monegasque goal, “WiSon Goku” – in reference to his goal celebration – didn’t hesitate to wins his duel against the goalkeeper with a subtle finish to double the lead (2-0, 63rd). But the man of the hour wanted more and he converted a second penalty (90th) to record his second consecutive brace, his sixth of the season.

With 17 goals to his name, Wissam Ben Yedder is the club’s top scorer, just ahead of Kevin Volland (14), who was ruled out at the last minute. At the same time, he took the opportunity to get a little closer to the milestone of 100 goals in Ligue 1. Thanks to his 5th double of 2021, the former Toulouse player now has 98 goals in the top flight. But above all, the Monaco striker is the league’s top scorer from the bench; no Ligue 1 player has done better than his four goals scored as a substitute.

Proof of the quality and efficiency of the Monegasque bench. He was well worth the match MVP for the Rouge et Blanc fans, 70% of whom voted for him on the AS Monaco App, his 11th win of the season. No Monegasque player has done better. Alors bravo capitaine ! 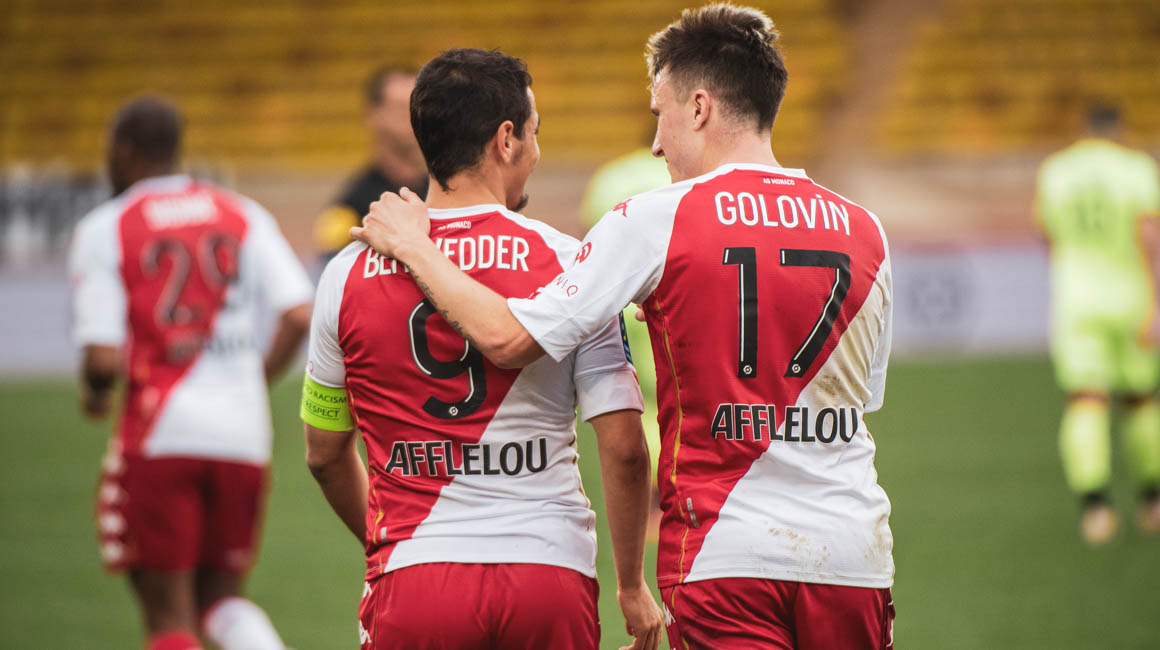