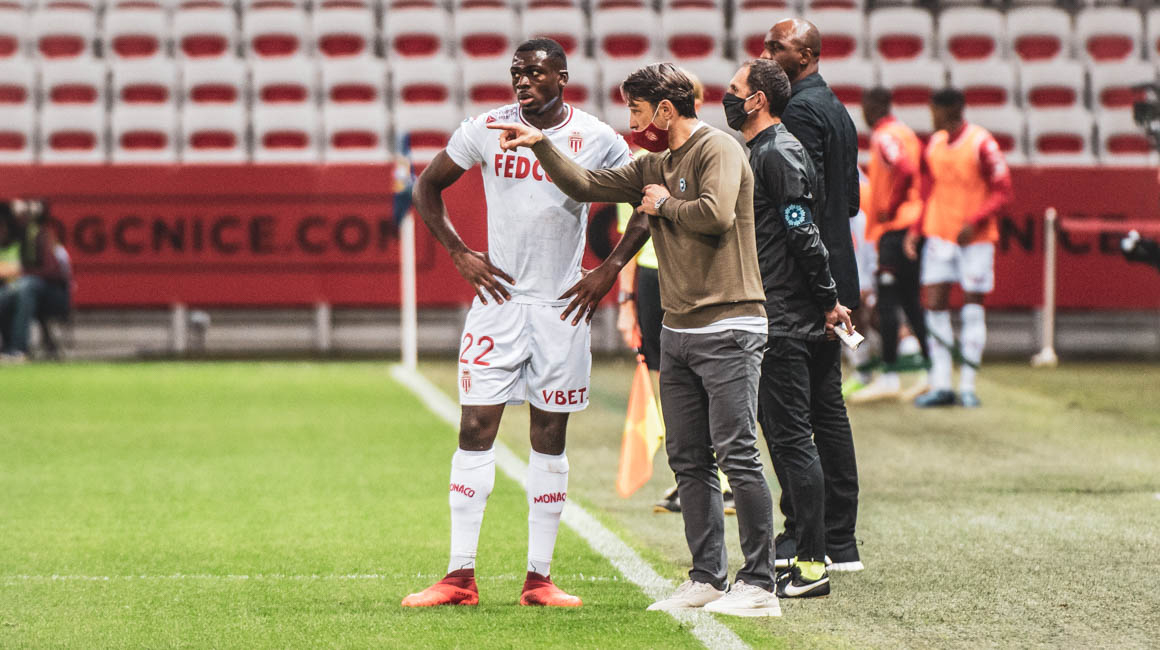 Quand une interview manquée au CFC déclenche un fou rire
With an assist from a corner for Axel Disasi’s opener in the Derby against Nice (a 2-1 victory), the Monegasque midfielder made an appearance in L’Équipe's team of the round for Matchday 10 in Ligue 1.

He found himself, along with Axel Disasi, speaking to Laurent Paganelli as expected, following the Red and Whites’ win in the 99th Côte d’Azur derby (2-1). But the best moment from Youssouf Fofana’s match, apart from his improvised interview on Canal +, remains his assist from a corner for a ferocious header by his teammate and good friend in the 23rd minute of play. Very solid in the AS Monaco midfield he was part of a solid team effort which left little room for creation for OGC Nice, he won his place in the team of the round for the 10th Matchday of Ligue 1.

Four passes leading to a shot

And for good reason, beyond the assist for Axel Disasi from a dead ball, Youssouf Fofana delivered four assists before a shot, the highest total among the 31 players in the match. He also won five balls and made three tackles, aiding in the Red and Whites’ control in the heart of midfild. A week on from his three teammates having been likewise honored following the win over Bordeaux – Caio Henrique, Wissam Ben Yedder and Kevin Volland -Aurélien Tchouameni’s midfield partner made his own appearance in L’Équipe’s team of the week for Matchday 10.

It’s a reward that never comes without its price. In the locker room after the match, Youssouf Fofana asked Niko Kovac how many days “off” the players would have after this win in the derby. The answer is below in images.