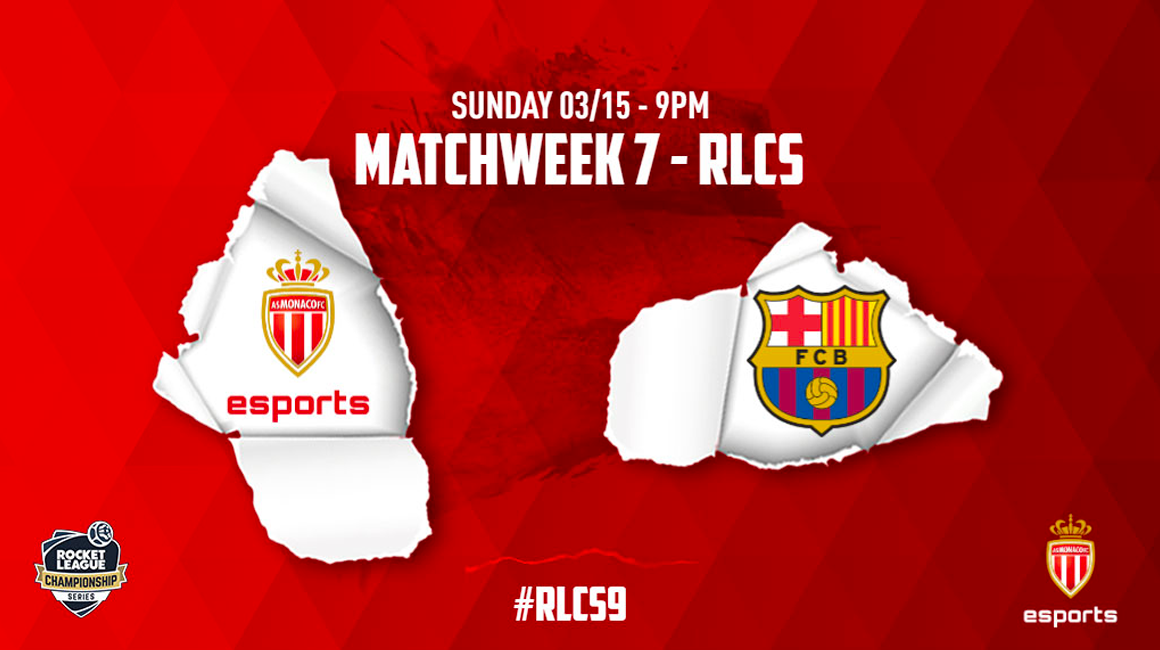 Extra, EyeIgnite and Tigree, the Rocket League players from AS Monaco Esports will play the penultimate game of the season against FC Barcelone this sunday.

Season 9 of RLCS started a bit more than a month ago, and the end of the season is already close. Only 2 games remain to be played for AS Monaco Esports team, with the next one being against FC Barcelone this week-end.
With a record of 4 wins and 2 loss, the spanish team is actually ranked 5th in the league.

More than just a game, it will also be a contest for the best savior of the season. Ranked 3rd, Extra will face Ronaky who is presently occupying the 2nd place of this ranking.