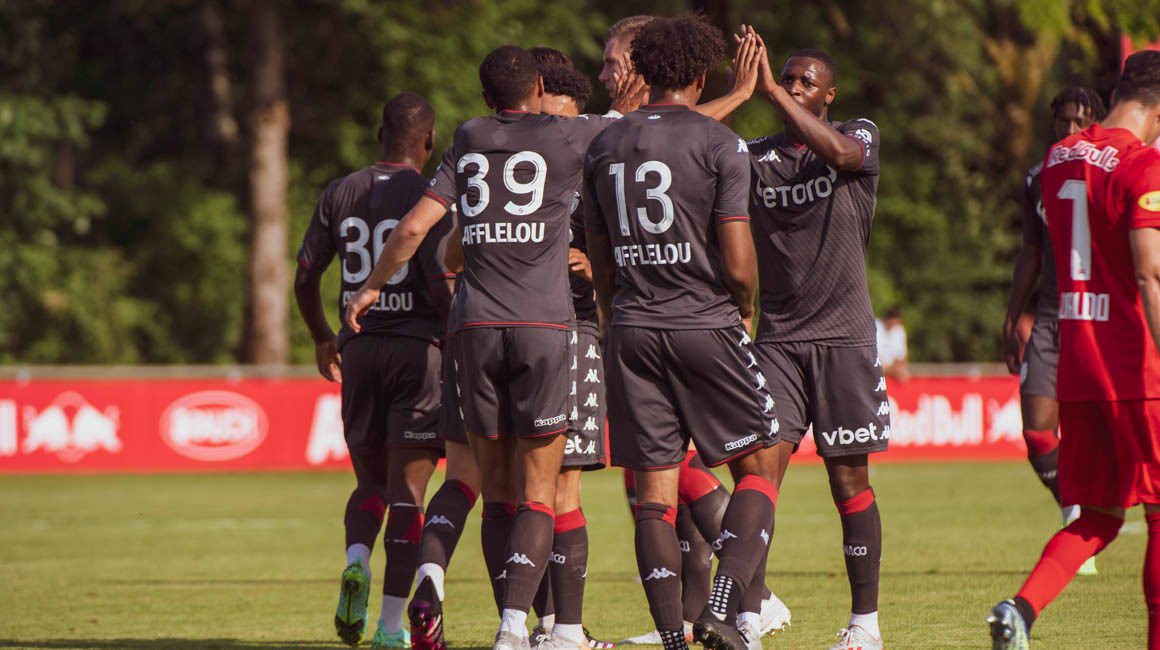 Facing Red Bull Salzburg in their first friendly match of the preseason, the Monegasques won, three goals to one. Despite conceding the opener, they responded well through Enzo Millot, Sofiane Diop and Anthony Musaba.

Here we go again! This afternoon was time for the first friendly match of the season for AS Monaco, who took on Red Bull Salzburg after a week’s training camp at Zell Am See. For this match, Niko Kovac lined his side up a 4-2-3-1 Valentin Decarpentrie getting his first start on the left flank of the attack. Note that the team also started a central defence that was a product of the Academy, with Chrislain Matsima and Benoît Badiashile. 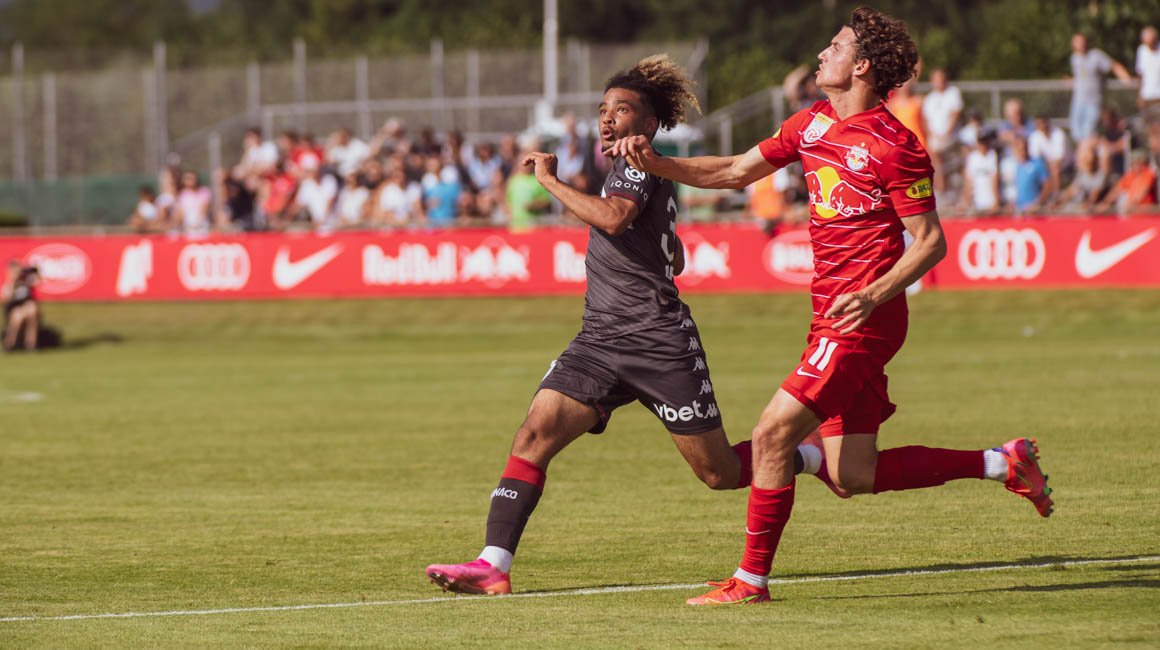 AS Monaco are stunned to start the match

Perhaps lacking a bit of running due to a heavy first week of training, AS Monaco conceded the first goal in the 7th minute of play. The American Brendan Aaronson beat Benjamin Lecomte with a shot across goal, finishing in the top corner. 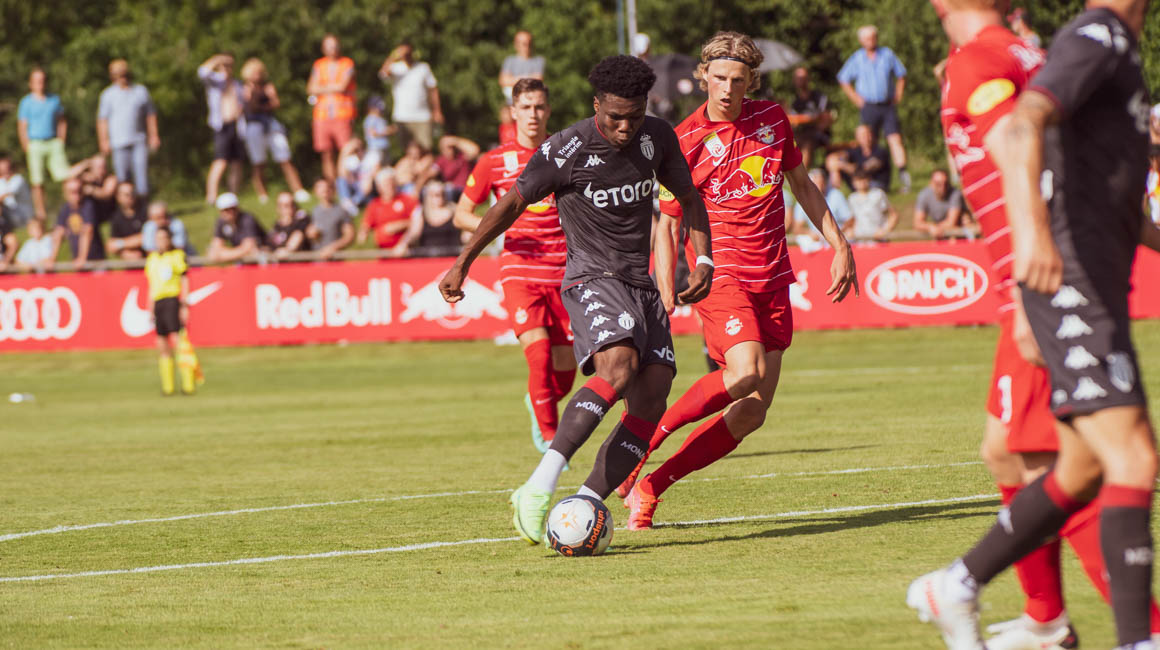 A first goal for Millot

The equalizer finally came just before half-time through Enzo Millot (44′). Finding space on the left side of the area, the young midfielder tried his luck. Slightly deflected, his shot nevertheless found the top corner, beating the opposing goalkeeper –the Academy player had scored his first goal for the first team.

It was then that Radoslaw Majecki, who came on in the 28th minute, was called upon by Karim Adeyemi (45th). The Polish goalkeeper made a kick save to keep out a goal-bound shot shot on the ground. Half-time arrived with a score of 1-1 and the interval saw Niko Kovac make plenty of changes.

He took the opportunity to bring on Strahinja Pavlovic, Anthony Musaba, Giulian Biancone and Wilson Isidor, all four players back from loan spells. The latter in particular did not take long to stand out. After a dribble by Sofiane Diop  brought him to the edge of the box, he hit a curling shot which was deflected behind by the Austrian goalkeeper for a corner, just as it seemed to headed for the top corner. 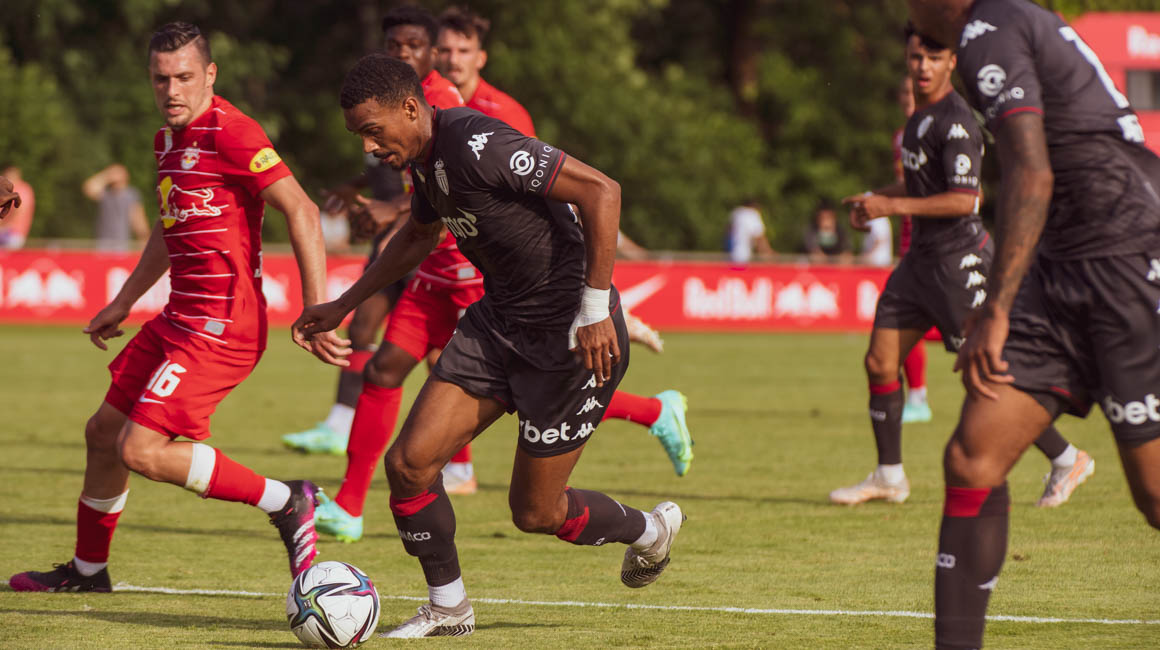 A few minutes later, Diop seemed to lose out against Nico Mantl. It was only a postponement, though, and as he pressed to make a recovery, the ball came to Wilson Isidor, whose shot was saved by the keeper, and the ball came back to the 21-year-old. He then performs a magnificent bit of skill, finishing with an unstoppable curling shot from the edge of the area (64′).

Despite looking very leggy at the start of the second half, the Monegasques would take the lead. Despite dominating, they were, however close to being pegged back in the 87th minute. But Radoslaw Majecki was watchful and stopped a powerful attempt from Nicolas Cataldo. It was AS Monaco who finally scored the game’s last goal in the 91st minute.

Anthony Musaba, on loan at Cercle Brugge last season, finished the scoring with a shot that lobbed the opposing goalkeeper. The referee whistled for the end of the match immediately after he had made it 3-1 for Axel Disasi, captain in the second half, and his teammates. The Rouge et Blanc will return to La Turbie Training Center this week to continue their preseason and play a second friendly match next weekend against Cercle Bruges.