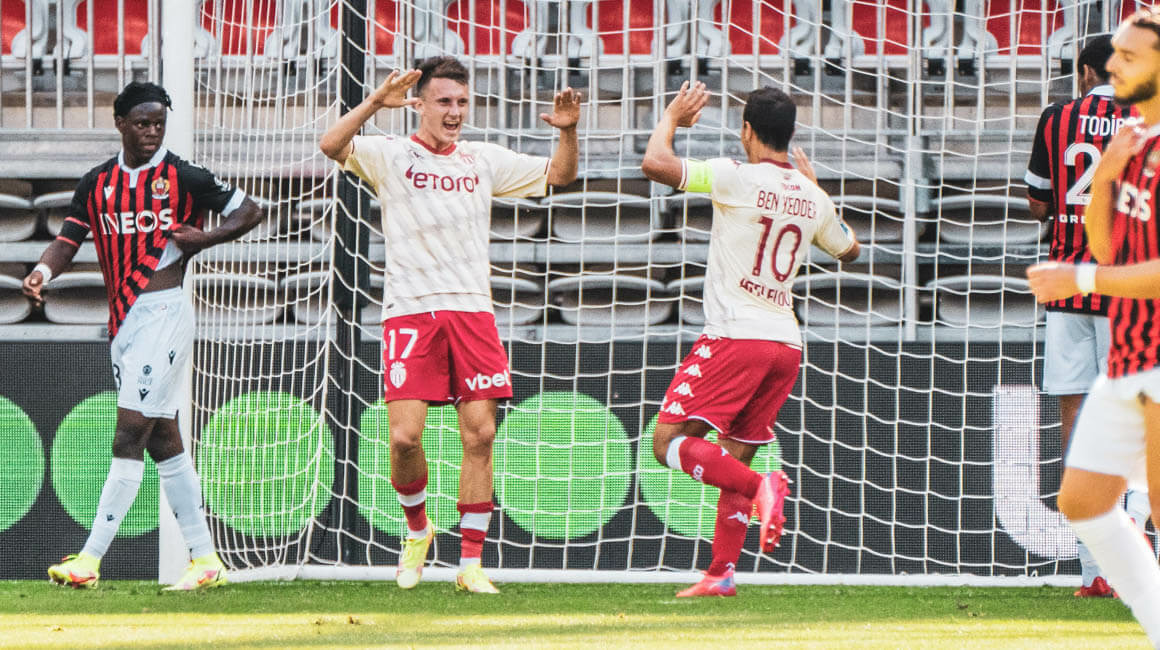 AS Monaco grab a point in the 101st derby in Nice

Niko Kovac: "On the right track"
Author of the opening goal Sunday at the Allianz Riviera in a 2-2 draw, the Russian attacking midfielder was named man of the match by you, the fans on the AS Monaco App, a great reward for his 100th match in the Monegasque jersey.

It’s a celebration of  100 as it should be! This Sunday at the Allianz Riviera, in the derby against Nice (2-2), Aleksandr Golovin delivered a great performance, which saw him voted MVP of the match by you, the Rouge et Blanc supporters, on the AS Monaco App, with 58% of the votes.

Playing on the left side of the Monegasque attack in this 101st derby, the Russian attacking midfielder opened the scoring in the 38th minute by finishing a magnificent bit of play initiated by Wissam Ben Yedder and Gelson Martins. His two accomplices in attack would complete the podium for the MVP voting, with 29% and 4% of the votes respectively.

Already elected MVP in the first leg of the Champions League playoffs against Shakhtar Donetsk (0-1), and with an assist Thursday in the Europa League against Sturm Graz (1-0), “Golo” built on his very good form and above all perfectly celebrated what was his 100th match for AS Monaco, a club he joined in the summer of 2018 from CSKA Moscow.

The Russian international, who took part in the most recent European Championships with his country, has played 80 Ligue 1 games, 12 in the domestic cups and 8 matches in Europe with AS Monaco, recording a total of 15 goals and 19 assists. Bravo Aleksandr! 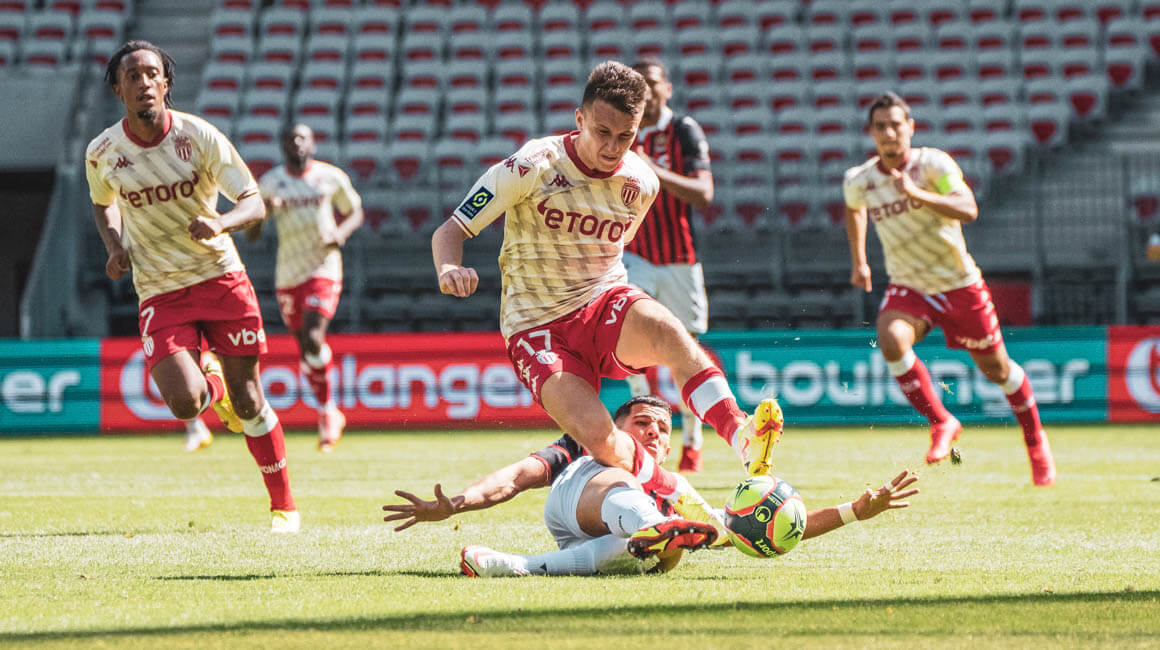 * Download the AS Monaco App on Google Play and Apple Store)