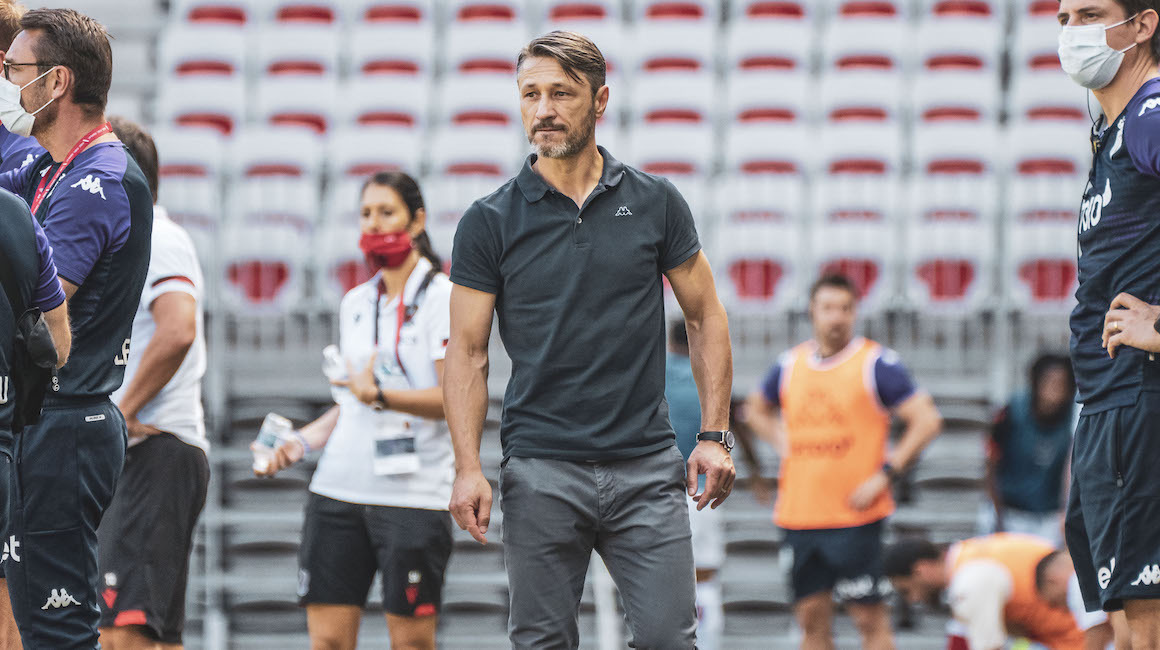 AS Monaco grab a point in the 101st derby in Nice

Djibril Sidibé: "Lots of positive points"
After snatching a draw away to OGC Nice (2-2), the Croatian manager spoke at a post-match press conference, happy to have taken a point in the derby.

It was a thrilling 101st Cote d´Azur derby. At the end of a match where the Rouge et Blanc went through a range of emotions, AS Monaco finally earned a fine point thanks to a penalty converted by Wissam Ben Yedder in the last quarter of an hour (2-2). Winners Thursday against Sturm Graz in the Europa League (1-0), Niko Kovac’s men still remain on a positive run, before taking on Saint-Etienne in three days. The Croatian manager spoke with the media after this match against Nice.

Is it a draw that reflects the match as a whole?

I would say the game was 50-50. We dominated in the first half. Nice were the best team in the second half and we are happy not to concede a goal from their penalty. Taking the match as a whole, the result is deserved for both teams. Scoring two goals against Nice, who hadn’t conceded so far, is a small point of satisfaction.

Why did Nice seem to gain the upper hand?

We saw in preparing for the match that Nice liked to involve their wingers, having them cut inside. We suffered from this tactic early in the second half. They took advantage of the spaces at the back. There were several crosses. That’s what they did on their second goal. We had to track them and we didn’t always do as much. When we’re playing with our backs to goal, it’s always difficult. With this dry pitch, the ball did not move quickly. It was more difficult for the defending team to manage.

Why did you start Djibril Sidibé as a winger?

He was coming off an injury but physically he is in great shape. We started with three in central defense to counter the dynamics of Nice. We had to be superior. We then moved to a 4-4-2, which allowed us to put more pressure on the ball carriers. During the first 25 minutes of the second half, we dipped a little bit. Overall Djibril had a good game; he’s an important player for us.

There was more offensive efficiency in your team …

Kevin didn’t start, Wissam started and scored, Myron made a good appearance off the bench. It’s not easy to give everyone opportunities. Overall, I am happy with their play. At one point, we were a little undone by the number of substitutions. We took the opportunity to take off Wissam, who understood this. The match against Saint-Etienne will come quickly. 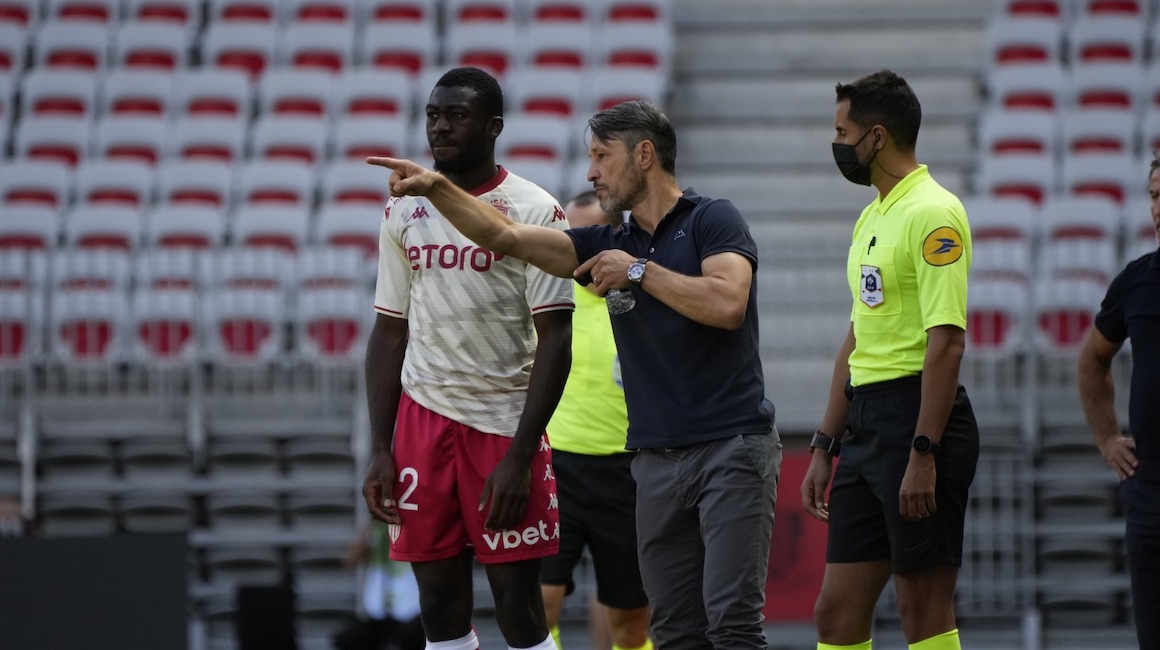 I haven’t spoken to him. He was feeling his hamstrings. He came back injured from the Copa America. In the past two weeks he has made two long trips to play with his country. This is quite common among internationals. He gave his all, but he was feeling tired today.

When a striker doesn’t score, everyone thinks he isn’t physically ready. He is still involved, we saw him on that great cross from Caio, and a ball for Golovin. He’s still trying to score. He and Kevin were very important last season. We will have to reduce our mistakes at the back, playing one on one because we will not always be able to score one more goal than the opponent.

Indeed. It was still hot and playing on Sunday at 1 p.m. is always a challenge. The team’s reaction was good following Nice’s second goal. There was a lot of challenges; both teams wanted to win the derby. We are progressing little by little. Things were good against Sturm Graz, today we had some good moments and some not so good moments. I think we are on the right track. 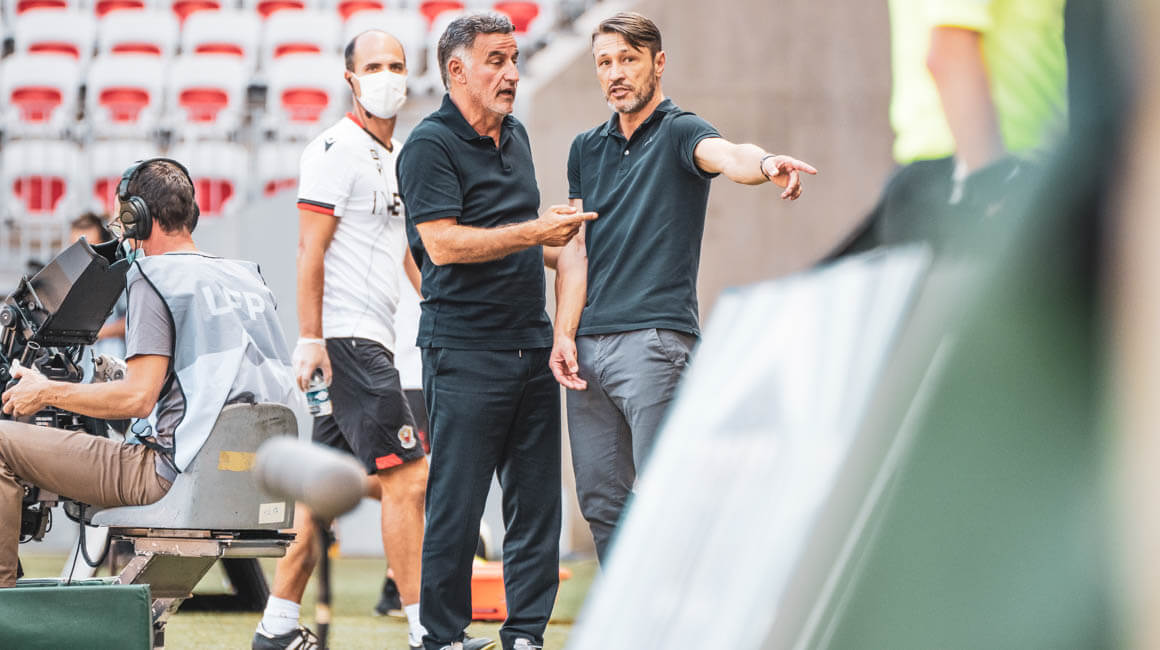