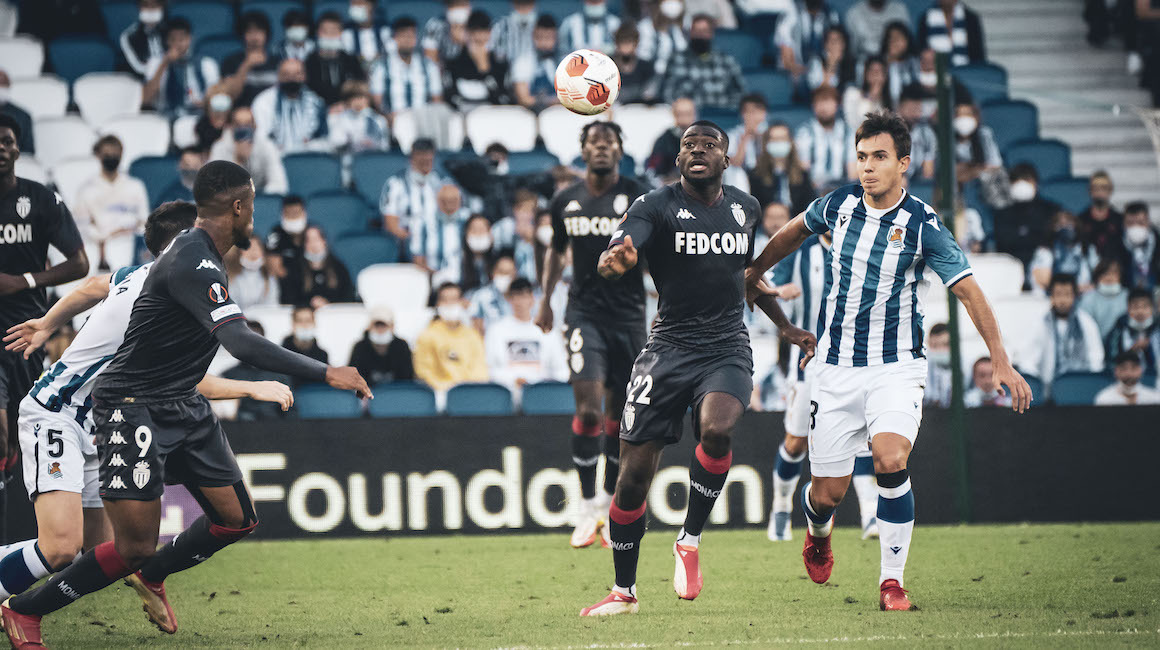 At the end of a rather tense meeting in front of a lively Basque support, the Principality side earned a draw at the Reale Arena against Real Sociedad (1-1), as part of the second matchday of the Europa League.

After an opening victory against Sturm Graz at the Stade Louis-II (1-0), the Monegasques got a point from a draw in San Sebastian against Real Sociedad (1-1). On this second matchday of the Europa League, Niko Kovac decided to make a tactical change by opting for a compact 4-3-3 with an unprecedented three-man midfield: Fofana-Jean Lucas-Tchouameni. Myron Boadu started off as the central striker, supported by the duo of Diop and Diatta on the wings, while Axel Disasi wore the captain’s armband. 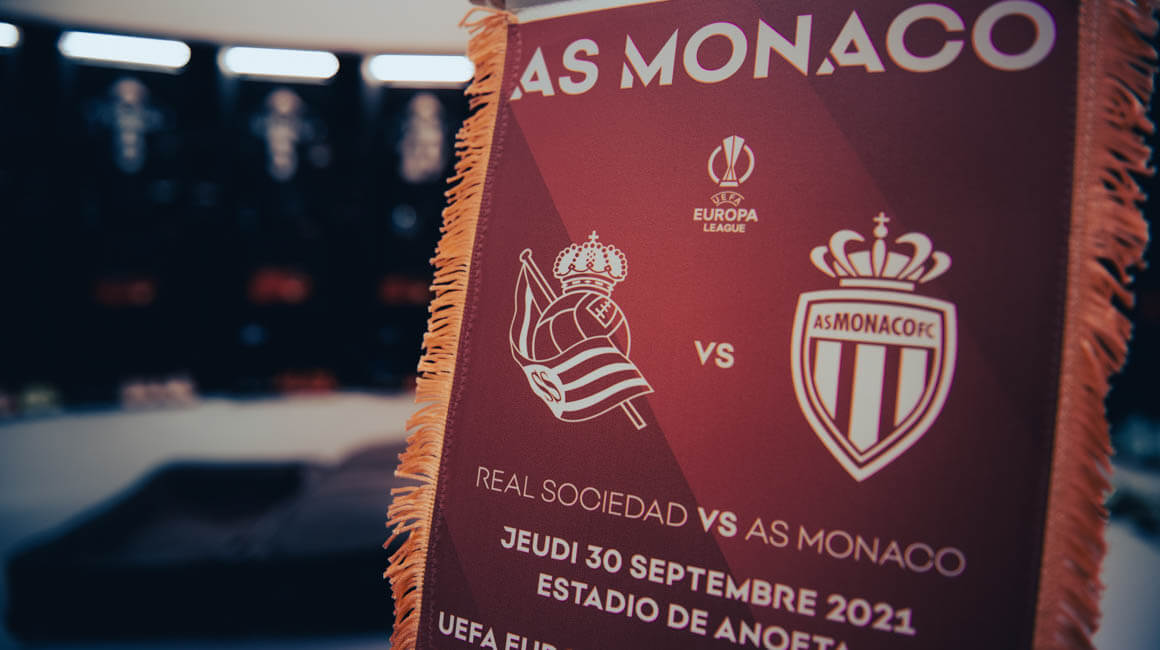 The first half started off with plenty of dominance, the Rouge et Blanc being careful not to leave any gaps. Only the Basque captain, Mikel Oyarzabal, from a free kick (2′) and Adnan Januzaj with a strong curling shot (11′) managed an attempt, both without finding the target. But it was AS Monaco who opened the scoring, on a corner perfectly delivered by Sofiane Diop, again selected today for the French U-21 side, as Axel Disasi fired a header across goal past Alex Remiro (1-0, 16′).

The Monegasque support, more than 300 fans, roared, but the opening goal that did not prevent Real Sociedad from regaining control of the match. But it was a possession that remained rather sterile, even if an attempt by Oyarzabal (29′) was followed by a chance for Sofiane Diop (28′). It was then Jean Lucas who was the most dangerous with a quick shot following some interplay with Myron Boadu and Youssouf Fofana (34′). 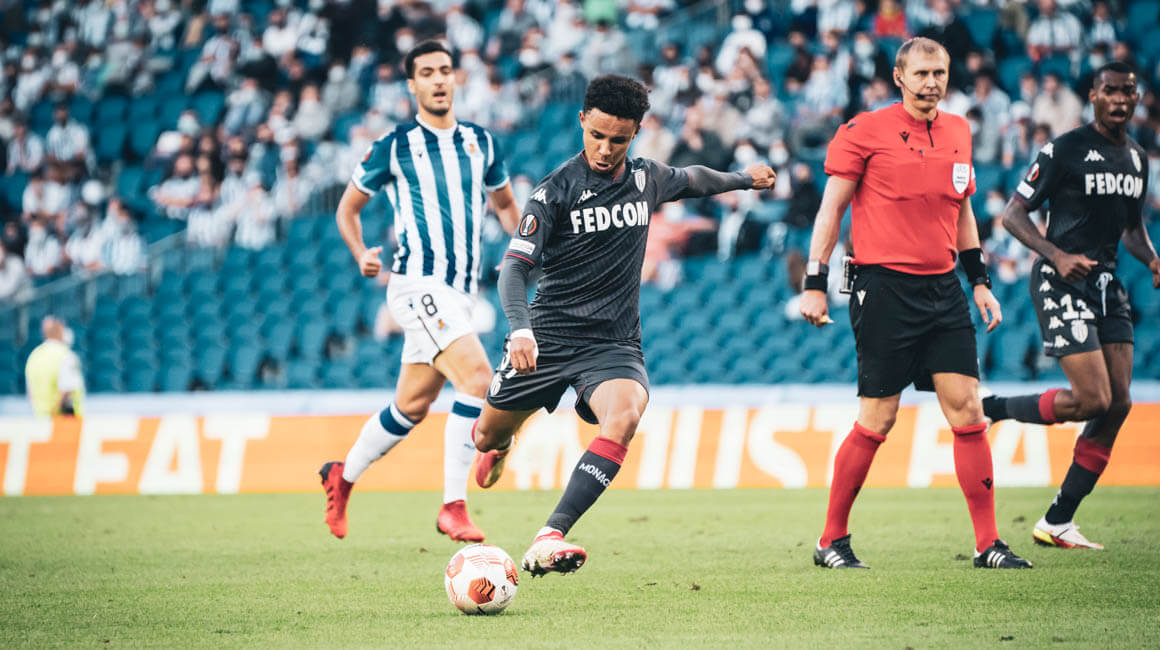 An affair defined by set pieces

A header from Aritz Elustondo on a Januzaj free kick barely gave Alexander Nübel any trouble just before halftime (36′), nor did a strike by Januzaj just before the whistle (45 + 3′). The second half resumeed without Djibril Sidibé, who was injured and replaced at by Ruben Aguilar, who was very vigilant in making a vital clearance (51′), before Alexander Nübel made a fine save to keep out Portu (52′).

Unfortunately on the next corner, Mikel Merino woke up the Real Arena with a fine header from Adnan Januzaj (1-1, 53′). AS Monaco tried to respond, but it was the men of Imanol Alguacil who had themselves the next chance on a strike by Portu, blocked by Alexander Nübel, who remained impassive in goal. (64th). Niko Kovac would advantage of this moment to bring on the duo of Golovin and Volland. 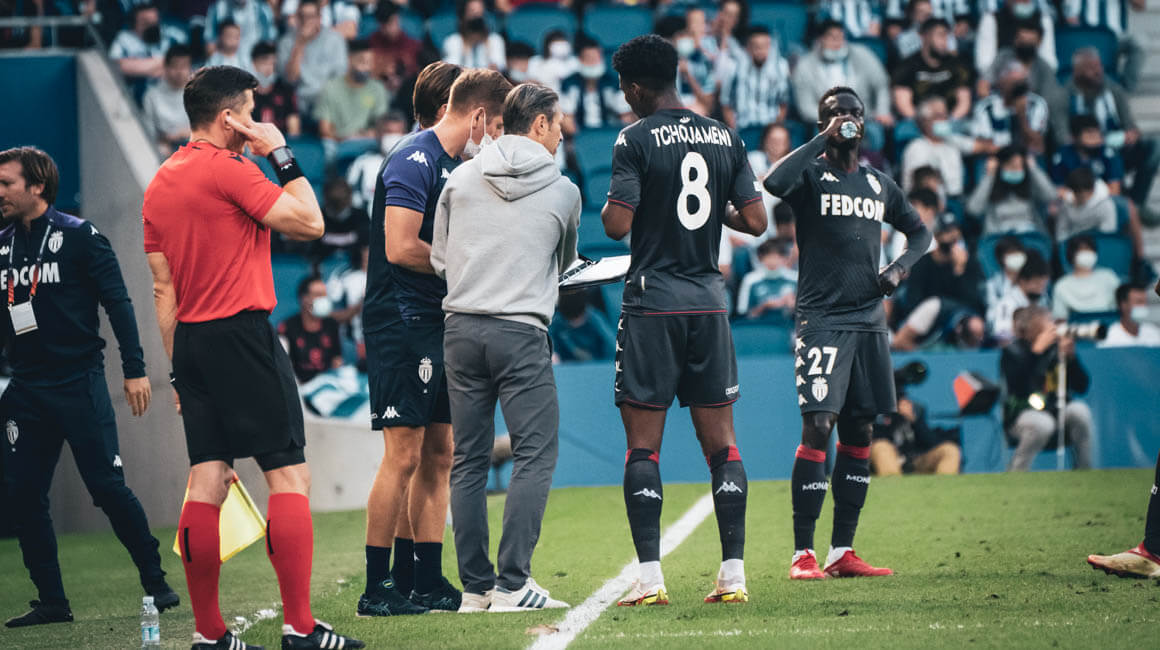 A (very) tense end to the match

Despite everything, the Basques remained the most dangerous side, as a Adnan Januzaj came close (76′). The Belgian winger was hoping to get back the game with his left foot, but Caio Henrique made a clever tackle to take the ball off his feet (82′). The Monegasque keeper would again be decisive on a header by Januzaj, again the danger man (89′).

Things reached a boiling point in a very physical end to the match. There was  no chance, however, to steal the result in added time at the Reale Arena, with the vociferous Basque kop looming over Alexander Nübel’s goal. The Rouge et Blanc thus left Spain with a fine point, and are level on points with first place PSV Eindhoven, who are leaders only on goal difference.

A big match to come against PSV on October 21

It’s the Dutch team that AS Monaco will face next in one of the biggest matches of the group stage, on Thursday, October 21 at the Philips Stadion. Until then, Wissam Ben Yedder and Aurélien Tchouameni, who are called up again for France, will meet Bordeaux in Ligue 1 this Sunday before the international break. 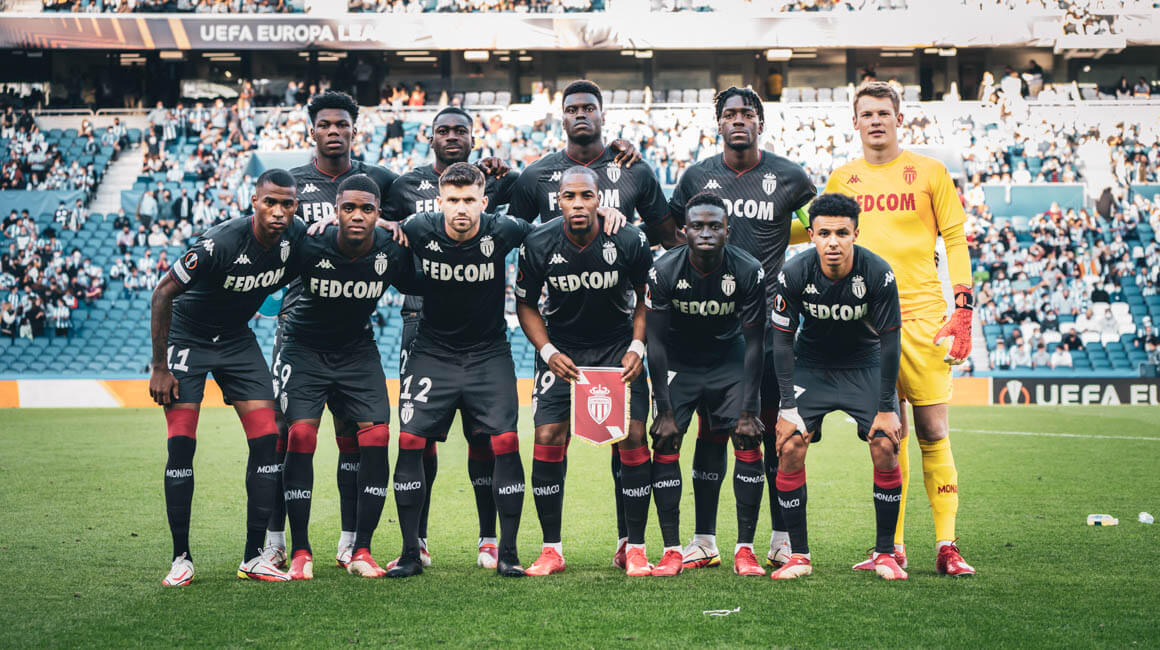