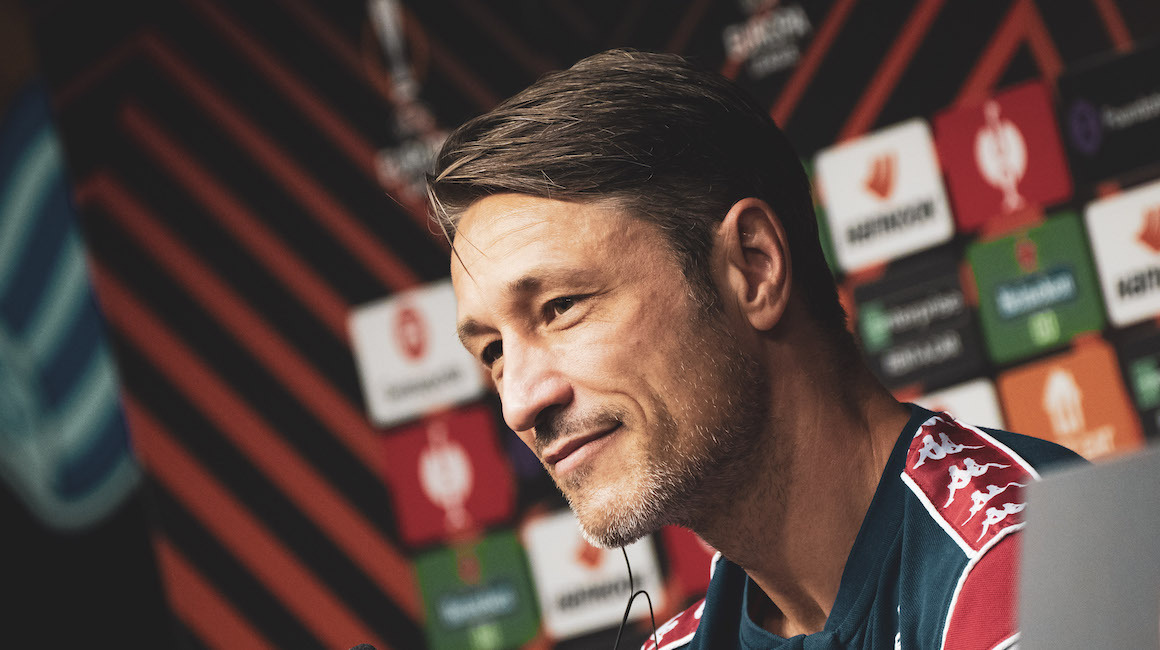 Real Sociedad-AS Monaco: Win a jersey with your prediction!

Que faut-il savoir sur la Real Sociedad, avec @FuriaLiga
On the eve of the match against Real Sociedad, to be played this Thursday (6:45 p.m.) in Spain, as part of the second day of the group stage of the Europa League, Niko Kovac gave a pre-match press conference.

The matches are coming thick and fast for AS Monaco. After playing, and winning, two Ligue 1 matches last week, against Saint-Etienne and Clermont (3-1 each time), Niko Kovac’s men now face Real Sociedad this Thursday (6:45 p.m.) in the Basque Country, in the second matchday of the group stage of the Europa League. It’s an important match for the Croatian manager, who wants to continue the team’s good run, saying as much to the media.

Real Sociedad play very good football. Last season they finished 5th in La Liga, and at the moment they are in 2nd place. We played them in a friendly this summer, so we know them well. They play very modern, aggressive football with good technique and are well organized. So for us of course it will be a big test, in a nice stadium, but that’s what we want. We are ready and we will see how it goes. There are injuries on their part but they’re a very good team, so we’ll have to show our best side.

Last season he came back a bit late, it took him a little while to adjust to the way we wanted to play. But now he’s doing a really good job, and that’s why I believe in him a lot. He has experience, he is a world champion. His ambition is to get back into the France team and if he continues like this he has a good chance of it. Tomorrow, he will guide our young team to help win this match.

The keys to the match

We will only be able to win this match if we work as a team. It’s a team sport and we’ll have to have a good match, and get up to speed. It’s a European match so I expect my team to be fully focused, motivated and very strong to take on this challenge. We are a bit similar to them without the ball, very aggressive; it will be a very important match for us tomorrow.