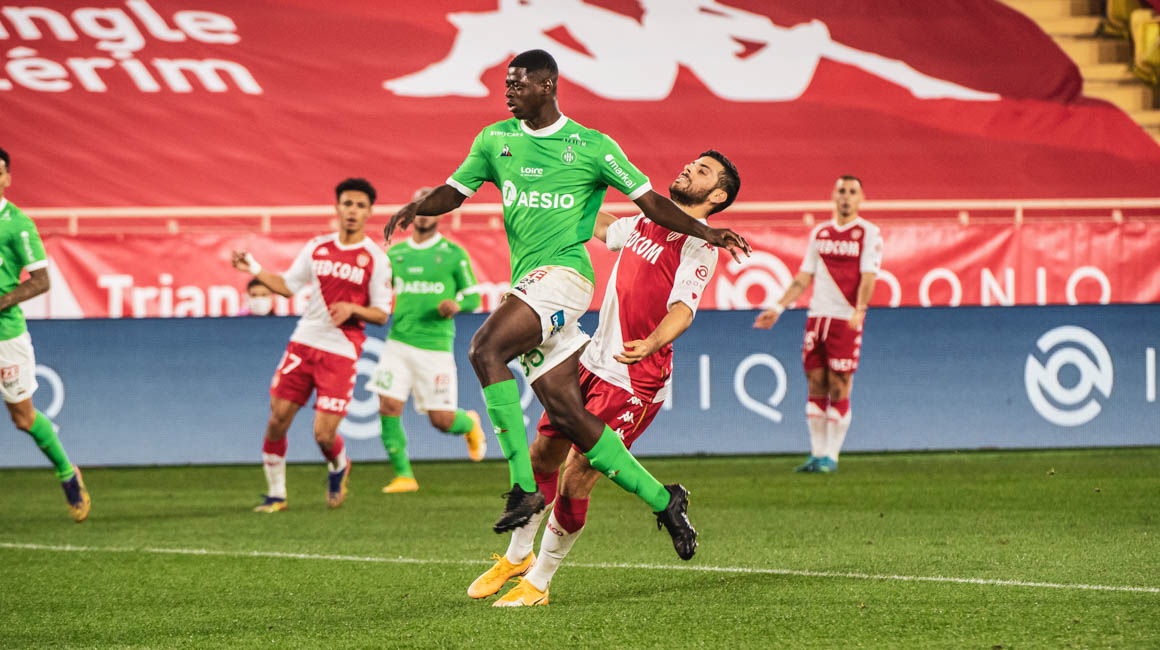 Sofiane Diop: "I am satisfied with the start of the season"

Focus on AS Saint Étienne
At the end of a match marked by another sending off on the part of AS Monaco, Niko Kovac's men managed to save a point in a draw against a very motivated Saint-Etienne side (2-2).

For this last match of 2020, Niko Kovac decided to pick the same eleven as had lined up in Dijon last Sunday. With two exceptions, however, as Axel Disasi made his return to central defence. In midfield, Youssouf Fofana, who was suspended, was replaced by the youngster Eliot Matazo, a first start in Ligue 1 for the player trained at the Academy.

The start of the match was very physical, between two teams who wanted to gain an advantage from the start. Les Verts got two corners very early on, but it was AS Monaco who proved to be opportunistic. In only the 7th minute of play Wissam Ben Yedder played in Sofiane Diop with a sublime ball over the top of the Stéphanois defense. The Rouge et Blancs’ midfielder then finished following a deft bit of control. 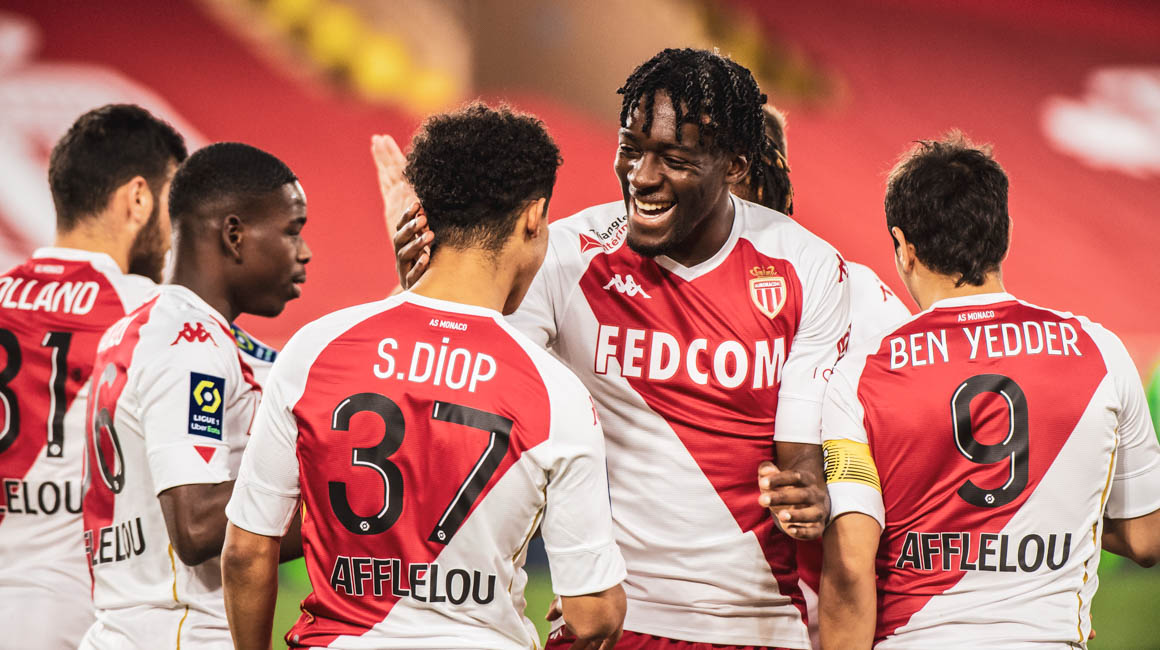 A perfect start… before a twist

Diop continued with a sublime touch to avoid Jessy Moulin’s rush out of goal, pushing the ball into the net to score his 4th goal of the season (1-0, 7th). This magnificent action would seem to have got Niko Kovac’s men off to the perfect start in this match. But Saint-Etienne, driven on by Claude Puel in a Stade Louis-II lacking fans, quickly returned the favor. On a corner perfectly struck by Adil Aouchiche, Mathieu Debuchy, from six meters, sent a header just inside the right post of Vito Mannone (1-1, 21st).

After netting an equalizer, Les Verts continue to press high. Denis Bouanga received the ball with his back to goal in the Monaco area, and was slightly unbalanced by Guillermo Maripán. The referee of the match Mr. Hamel quickly pointed to the penalty spot, without even calling on VAR. The Saint-Etienne striker converted and gave his team the advantage (2-1, 29′). A few minutes later, Eliot Matazo chased an innocuous pass, only for his foot to fall on the ankle of Denis Bouanga, who was also trying to intercept it. 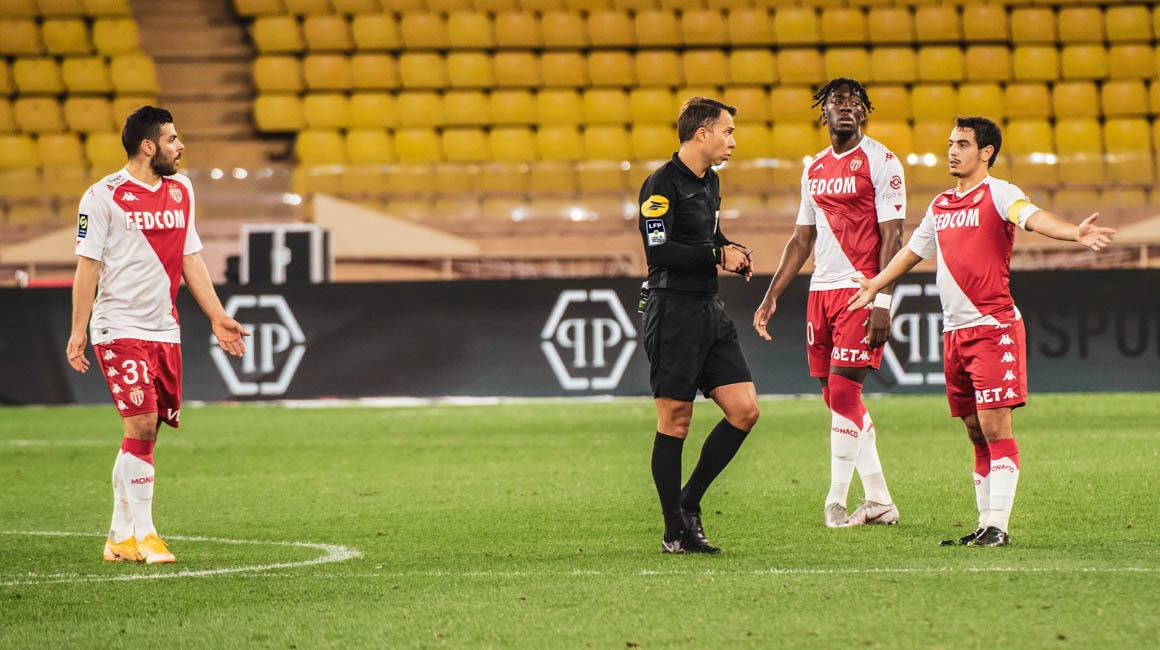 More of the same after the interval

This time the central referee walked towards the video monitor, and gave a direct red card to the young Monegasque midfielder, after a few seconds of blur. We were only playing in the 35th minute, and as against Lens, AS Monaco would end the game with ten. Already a chippy encounter since kick-off, the match tightened slightly on both sides and the game turned out to be without much rhythm just before half-time. Frustrated by how the game had gone, Niko Kovac’s men returned with clear intentions from the locker room.

These intentions very quickly translated into an opportunity. On a clearance by Vito Mannone, Wissam Ben Yedder tipped it to Gelson Martins. The Portuguese winger beat two Stéphanois with a great run, then picked out Kevin Volland. The German striker had only to finish with his left and score his 7th goal of the season (2-2, 48th). AS Monaco were back in the game, despite playing a man down. It was a second goal on their second shot on target from the Red and Whites, who gave everything in the last 45 minutes. 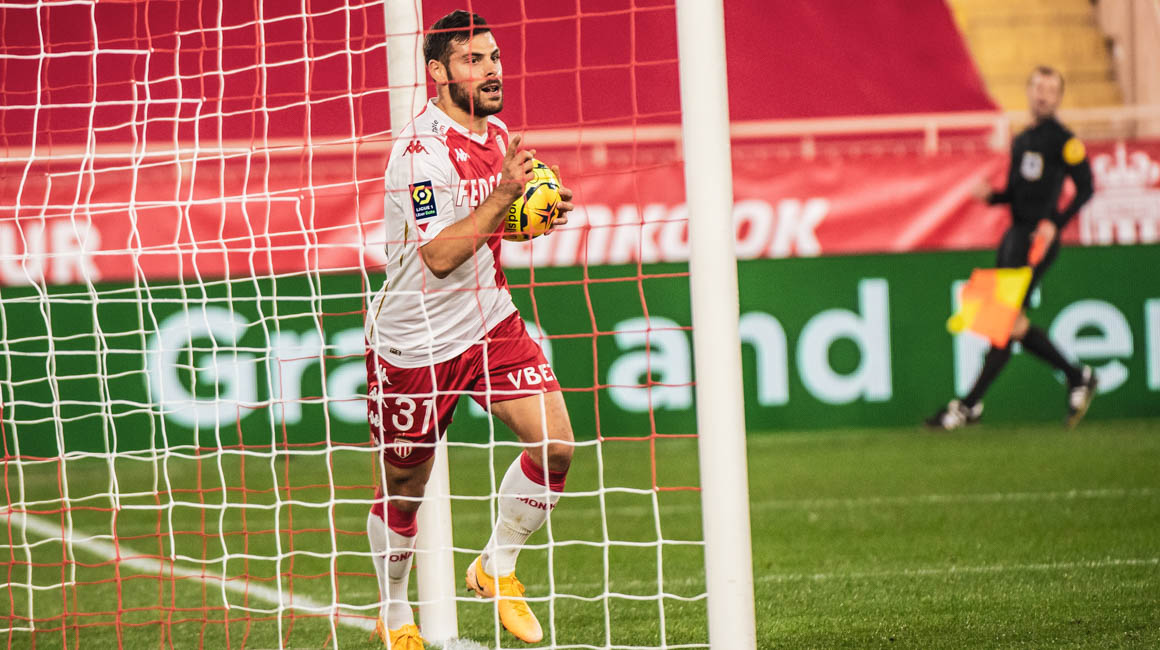 Les Verts tried to react, first on a header by Timothée Kolodziejczak (59′), well saved on the line by Vito Mannone, author of a beautiful diving save, and he was called into action again on another header from Arnaud Nordin (73rd). It was then Yvan Neyou who tried a powerful shot from the left, well countered by the French defense (77 ‘). Arnaud Nordin, again, tried to turn a dry shot from the right, which finds the gloves of Vito Mannone (80th). AS Monaco bent, but did not break in the last quarter of an hour.

There was even another opportunity from Romain Hamouma, who shot well with his right foot. Vito Mannone was again there to keep his side in the game (85th). He also turned away a powerful header of Mathieu Debuchy seconds later. Saint-Etienne were pushing hard at the end of the match. But as they often have this season, Niko Kovac’s players held on for the draw, a decent enough result as regard how the match played out.

The Rouge et Blancs therefore end 2020 in 6th place in Ligue 1. See you next year, on January 6 in Lorient. 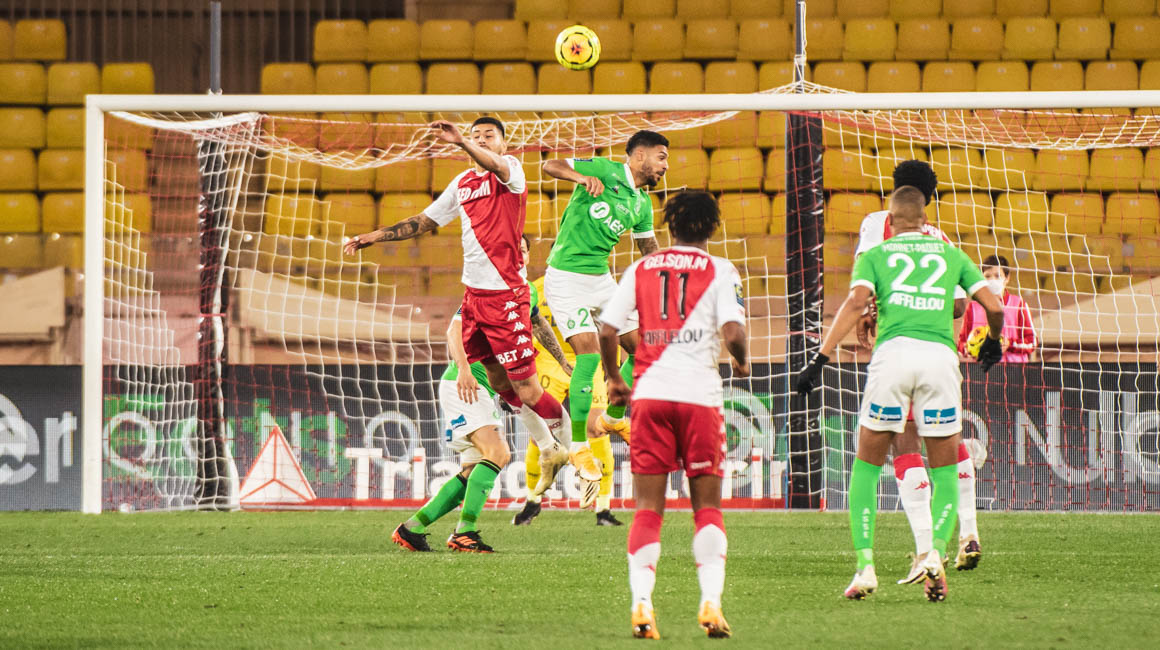 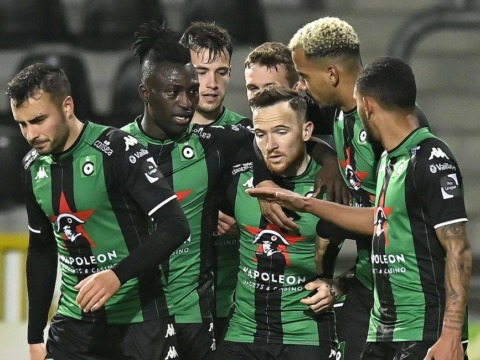 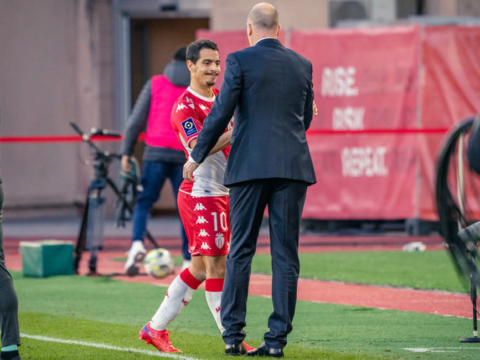 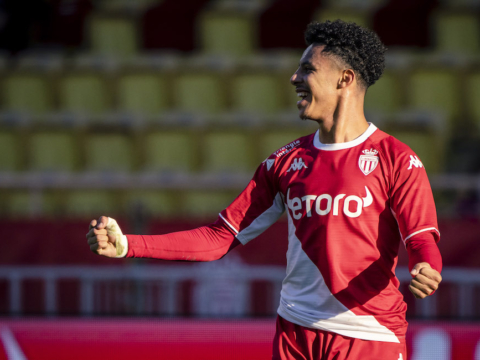