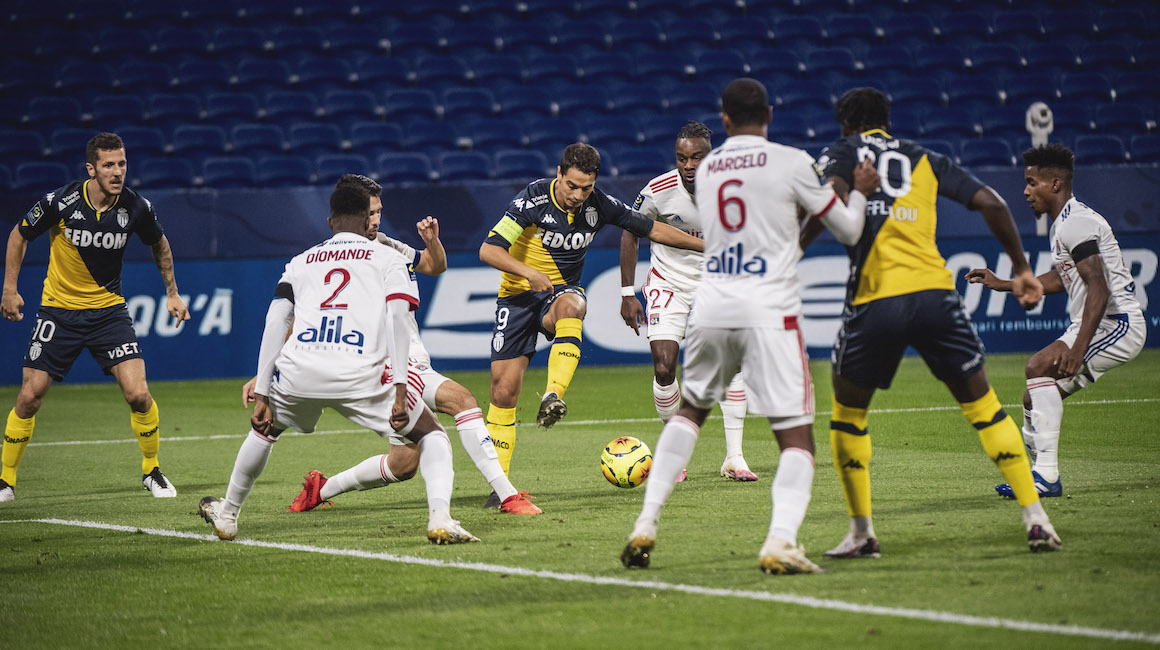 At the end of the 8th Matchday of Ligue 1, AS Monaco fell away to Olympique Lyonnais (4-1).

AS Monaco started strong and got the first chance of the game at the start of the game. Djibril Sidibé crossed for Stevan Jovetic who had a header but couldn’t beat Anthony Lopes, the Lyon keeper being ever vigilant (3rd). The players from the Rock continued to attack but the Lyon goalkeeper again came up with a reflex save on a point blank header from Youssouf Fofana (11th) — it was the turning point of the match. Shortly thereafter, on a counter-attack, Memphis Depay opened the scoring (12th). 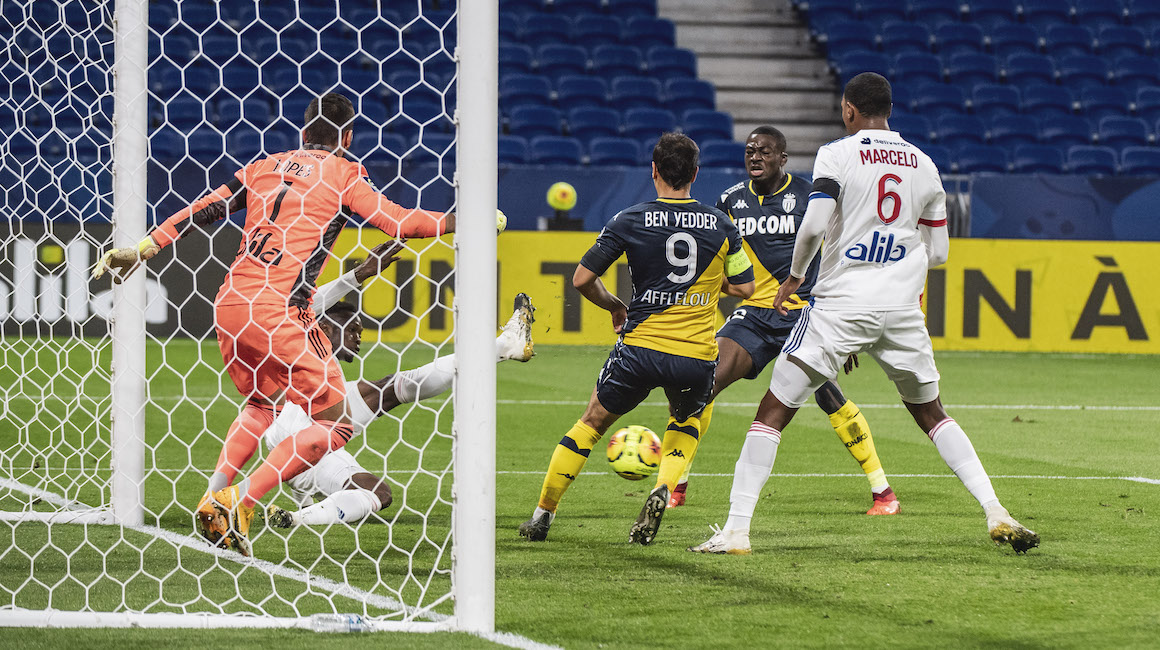 The Rouge et Blanc tried to respond through Stevan Jovetic with two consecutive off-centre free kicks, but on two occasions the Lyon wall blocked the Montenegrin striker’s attempts. In the last quarter of the half, Karl Toko Ekambi scored twice with his right foot (33rd, 44th), and Houssem Aouar scored from the penalty spot (41st). Olympique Lyonnais lead 4-0 at the break. Niko Kovac made a triple change after returning from the locker room, with the entries of Chrislain Matsima, Caio Henrique and Cesc Fabregas. AS Monaco went to a 3-5-2 and Ruben Aguilar got a penalty right from the start, which was converted by Wissam Ben Yedder (48 ‘).

The Red and Whites are pushing to score again in the second half, but Youssouf Fofana cannot put the ball in the net  following a scramble at a corner (57th) and Benoît Badiashile could not manage to get his volley on target after a cross by Cesc Fabregas (63rd). With a quarter of an hour to go, it was Chrislain Matisma who had a chance at a corner but his header flashed over the goal of Anthony Lopes (75′). A few seconds after this, it was Monegasque captain Wissam Ben Yedder who got another chance but his volley did not find the target (76′). Ten minutes from time, Benjamin Lecomte prevented Moussa Dembélé from opening his goal tally for the season (81st). The Lyon striker would score a few moments later, but would be flagged offside (87′). The match then ended with the sending off of Melvin Bard for a high boot on Ruben Aguilar (89 ‘).

The next match is Sunday (17h) at the Stade Louis-II — AS Monaco will host Girondins de Bordeaux.