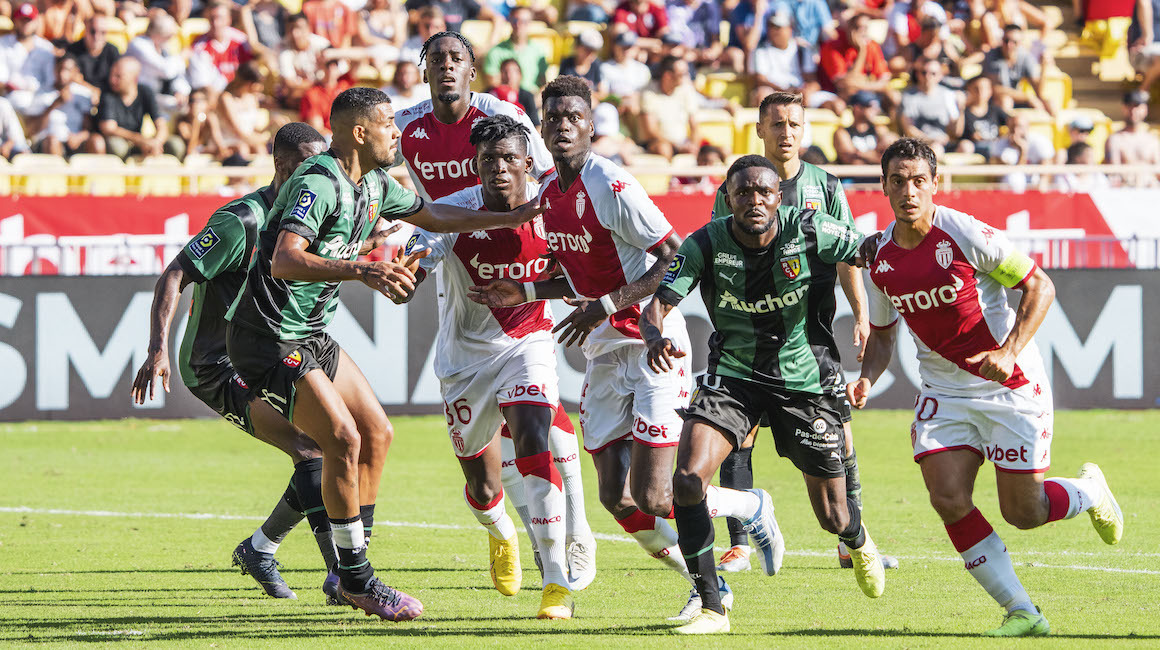 After a very lively game, the Rouge et Blanc fell on Saturday at the Stade Louis-II against RC Lens (1-4).

At the end of a hard-fought game, AS Monaco lost to Racing Club de Lens (1-4), on the occasion of the 3rd round of Ligue 1. For this weekend’s big match, Philippe Clement decided to play a flat 4-4-2 with the duo of Jean-Lucas and Eliot Matazo in midfield. 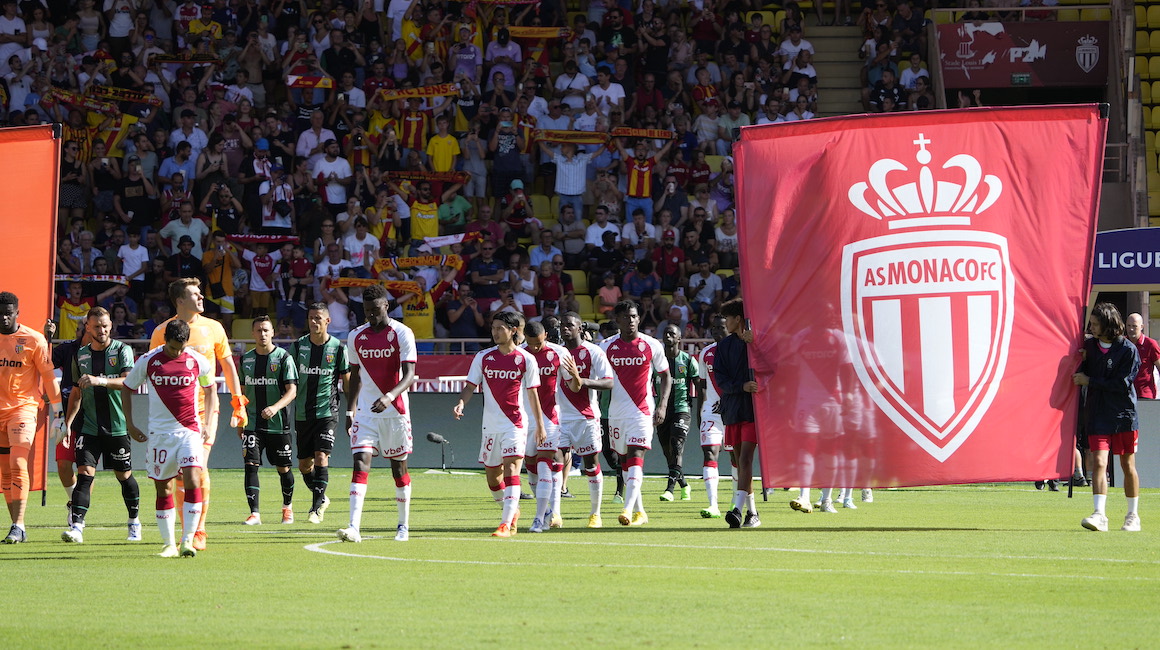 A lack of success for the Rouge et Blanc

The first half began with a round of observation from the two teams, and few clear chances fell to either side. But in the seventh minute, it was Lens who opened the scoring through their striker Loïs Openda, well found by David Pereira Da Costa (0-1, 7′). Shaken by this early opener, our Monegasques struggled to get their foot on the ball and therefore relied on Caio Henrique to create chances from set pieces.

On a first free kick from our Brazilian left back, Breel Embolo, Takumi Minamino and Jean Lucas tried to hit the target, unfortunately without success (16′). The Northerners then, on the counter, doubled the lead through Deiver Machado, whose low shot found th left corner of Alexander Nübel’s goal (0-2, 38′).

Benoît Badiashile pulls one back

But Philippe Clement’s men were not ready to give up and were immediately back in the game. On a corner, Caio Henrique deposited the ball perfectly onto the head of the returning Benoît Badiashile. Our number 5 rose higher than everyone else and sendt an unstoppable header past the near post to beat Brice Samba (1-2, 42′). Everything was to play for in the second half! 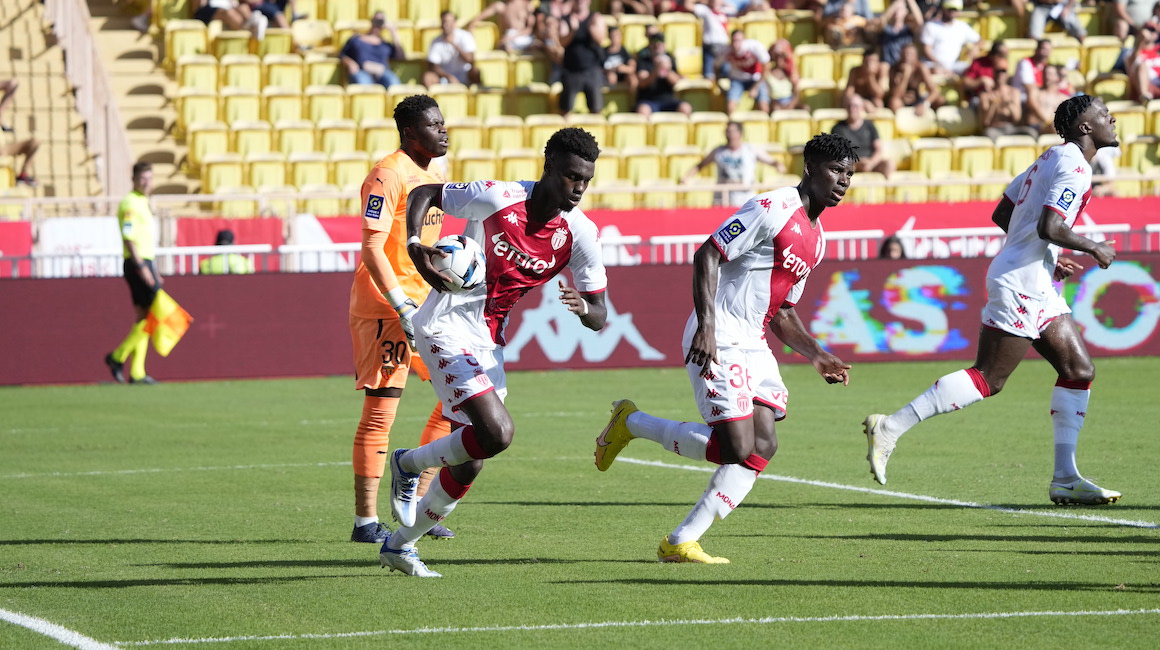 A more challenging second half

Despite Mohamed Camara coming on at the break for his first minutes in the jersey of AS Monaco, the men from the Principality did not manage to break down the visitors further. As for Lens, Franck Haise’s men obtained a generous penalty following a foul by Breel Embolo on Florian Sotoca. Seko Fofana put Alexander Nübel on the wrong foot and restored a two-goal lead (1-3, 55′). Despite this, our Monegasques did not give up: superbly found with a long ball by Mohamed Camara, Wissam Ben Yedder had a one-on-one against Brice Samba but lost his duel against Le Sang et Or‘s goalkeeper (59’).

Shortly after, Caio Henrique and Aleksandr Golovin tried their luck from the edge fo the area, again without success (62′, 65′). While Axel Disasi’s teammates pushed hard, Vanderson collected a second yellow and was sent off (71′). Seven minutes later substitute Wesley Saïd rounded off the scoring with a shot at the near post which beat Nübel (1-4 78′).

The score stayed the same, and AS Monaco lost for the first time this season in the league. We will have to react next Sunday at the Parc Des Princes, in a big match against leaders PSG (8:45 p.m.). 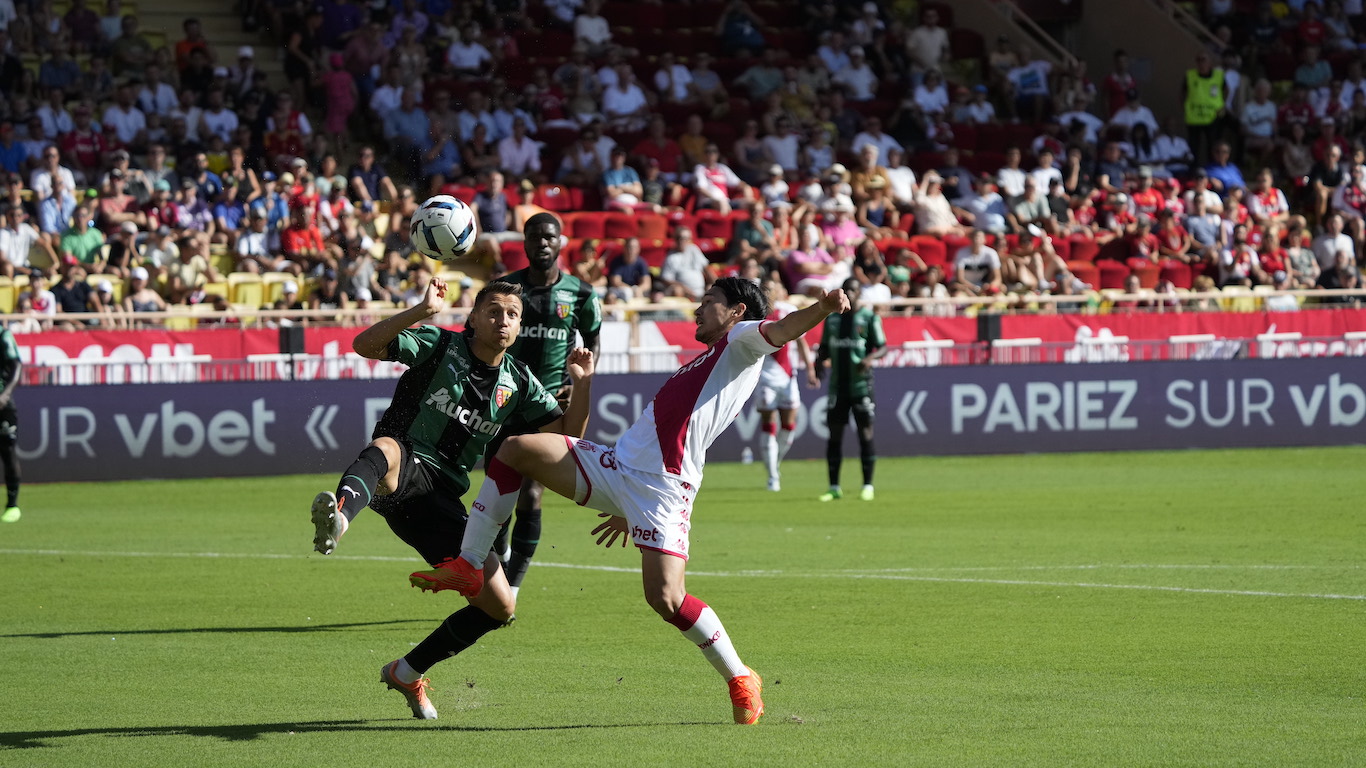 Dismissals: Vanderson (71′) for AS Monaco