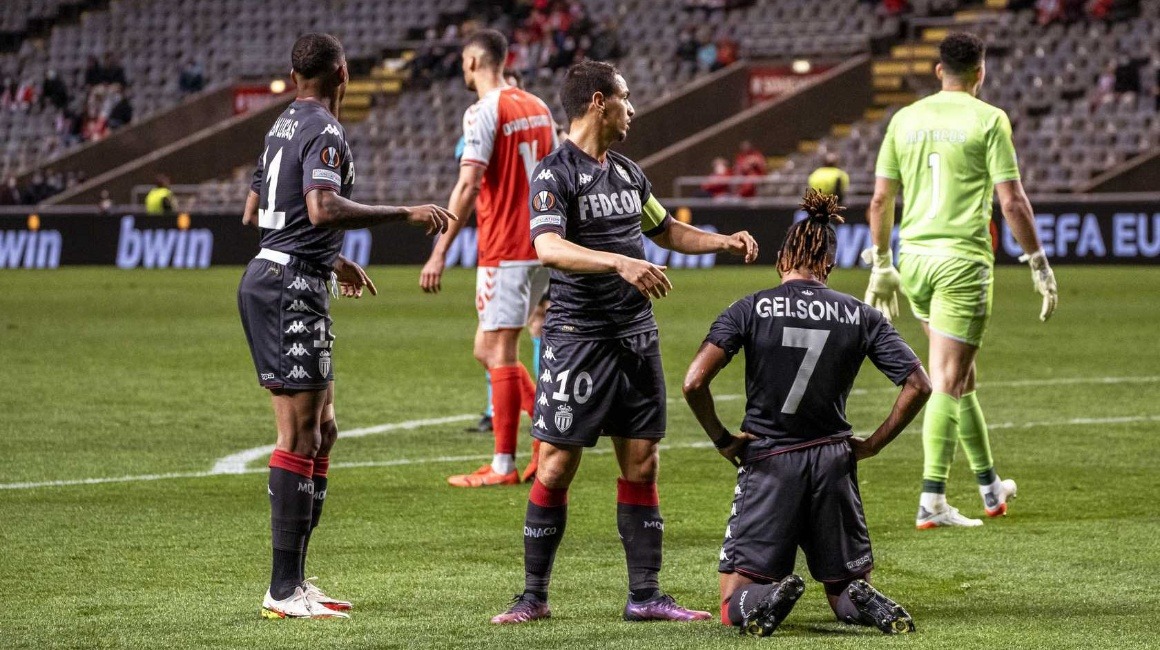 At the end of a very lively match during which the two teams put forth plenty of effort, the Rouge et Blanc lost in Braga (2-0), on the occasion of this round of 16 first leg in the Europa League.

Everything there except the result! After a thrilling round of 16 first leg of the Europa League, AS Monaco lost at the Estadio Municipal de Braga (2-0). For this first leg, Philippe Clement decides to field a hybrid 4-4-2, similar to the one he deployed against OM. The only notable changes to the victory at the Vélodrome (1-0), Chrislain Matsima and Eliot Matazo started in defence and midfield respectively. 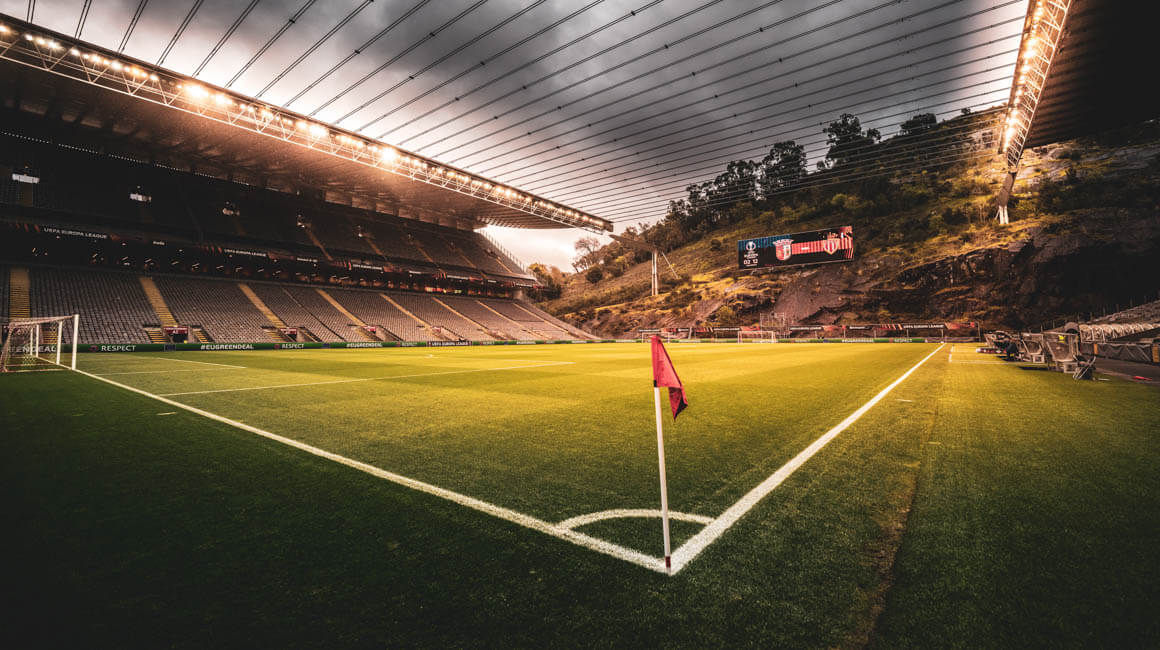 A challenging start to the match… and two goals disallowed!

Unfortunately, the match got off to a very bad start for the Rouge et Blanc, with Abel Ruiz opening the scoring early on from close ranger for Braga, from a poorly cleared corner (1-0, 3′). Just moments late, the striker would pick out Iuri Medeiros, whose low shot across goal was deflected behind for a corner by Alexander Nübel (7′). It was Jean Lucas who would first stand out first for the Monegasques, on a shot following another corner kick (10′) which he failed to get on target.

But it was on a deflected free kick from Vanderson, that the hosts’ Brazilian goalkeeper, Matheus, was obliged to make a save (23′). He was also forced into action as well on a one-on-one with Wissam Ben Yedder, perfectly found at the far post by Gelson Martins (25′). The Portuguese winger even thought he’d equalized a few moments later on a magnificent effort (29th), but unfortunately he was flagged offside. The match surged from one goal to another, and first Ricardo Horta, with a powerful strike from 25 meters, and then Al Musrati forced Alexander Nübel into saves (31′).

An opening goal eludes the Monégasques

Then, Wissam Ben Yedder thought he’d brought his teammates level with Braga, on a header (33′). However, the match referee, assisted by VAR, waved it off, again for offside. The Portuguese side, who proved dangerous on each shot, trying their luck again through Rodrigo Gomes (43′). It was stopped, though, Nübel! The last chance for this very animated first half would fall to Vanderson, who saw his effort captured by Matheus (45 + 2′)

32'⏱ Wissaaaam scores, but it is offside — An unlucky first 30 minutes for our Monegasques with two goals disallowed😓

When they returned from the locker room, the Rouge et Blanc quickly sought the advantage. Gelson Martins was picked out by Jean Lucas, but his shot was stopped by Matheus (49′). The rhythm then dropped quite quickly. The Portuguese was nevertheless tested by a header some fifteen minutes later by Caio Henrique (64′), but again without success. The result was also the same on a deflected cross by Aurélien Tchouameni, which was cleared for a corner by Matheus (67′).

A crucial return leg in the Principality

Unfortunately the Monegasque domination proved toothless in the match’s last half hour, despite the arrival of several substitutes. It was even Braga who would double the lead, on a lightning counter-attack from which Vitinha sent a powerful header into the back of the net (2-0, 89′). This first leg therefore ended with a victory for the Portuguese.

It will be up to us to reverse the deficit in the return leg next Thursday in the Principality (6:45 p.m.). Before then, Philippe Clement’s players will travel to Strasbourg for the 28th round of Ligue 1, at 3 PM on Sunday!

Europa League – Round of 16 First Leg