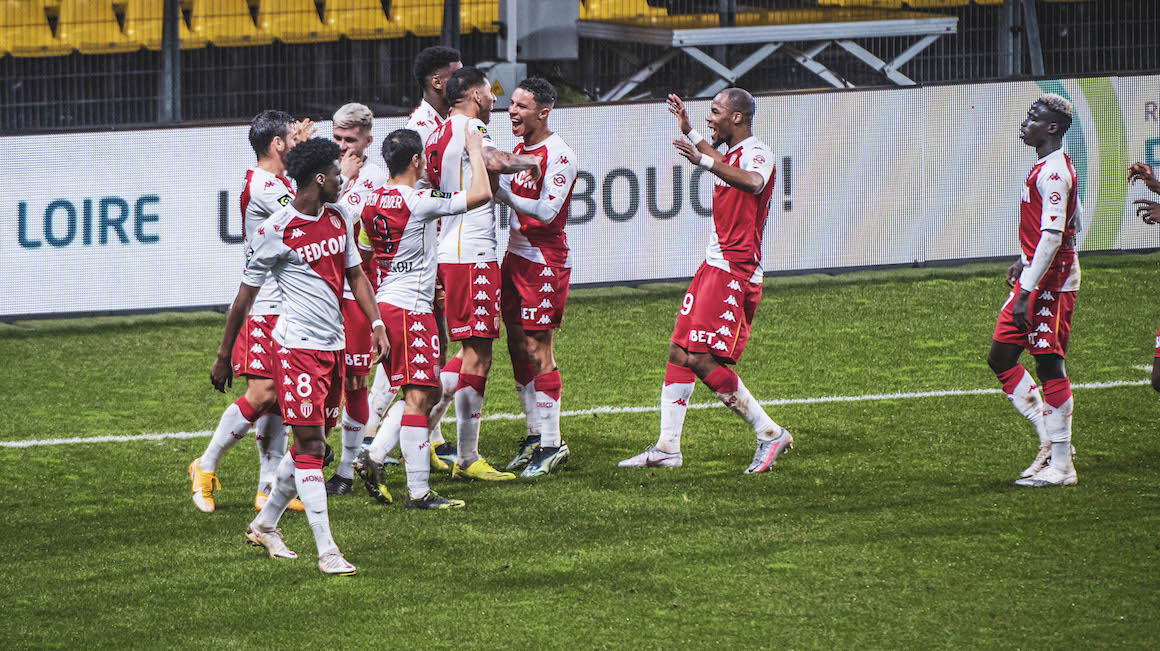 The Rouge et Blanc made it five straight wins against Nantes at the Stade Beaujoire (2-1), despite a tense end to the match. The teammates of Guillermo Maripán, who scored for the 4th time in five games in 2021, are now just three points off the podium.

To take on Raymond Domenech and FC Nantes, Niko Kovac opted for the same eleven that he had used against Marseille (a 3-1 win), save one change. In effect, Krépin Diatta earned a first start in Ligue 1 as a result of the suspension of Ruben Aguilar. Nantes, for their part, were mired in the longest winless run in their history in the top flight before kick-off, having gone 12 matches in a row without tasting success. 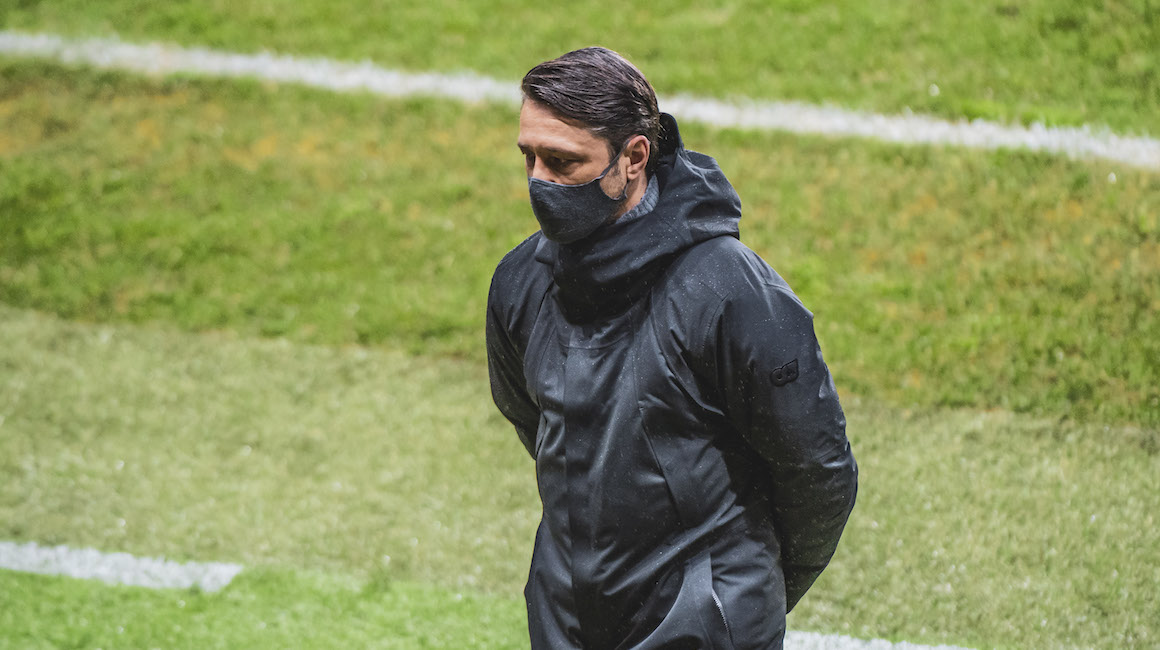 A tentative first half

The first few minutes of play were fairly even, with the Red and Whites quickly controlling the match the ball but coming up against an opposing defense that was unwilling to give much ground. Les Canaris even gave themselves the first shot of the game after a deflected header at a corner, but Benjamin Lecomte was able to clear it off the line (5′). Sofiane Diop and his teammates grew to take control of the match, with the latter even hitting the post after a shot from the edge of the area, an effort which maybe deserved better (19′).

This attempt on Alban Lafont’s goal soon lead to another, as Monegasque captain Wissam Ben Yedder tried his luck from the 25 meters (25′). The Monegasques were playing their brand of football, but Raymond Domenech’s team was well organized, the hosts failing to really trouble AS Monaco. At the half hour mark, the Rouge et Blanc had 70% possession of the ball, confirming their domination. Despite this, Imran Louza had come close to cleverly lobbing Benjamin Lecomte, but his attempt was just over the bar (30′). 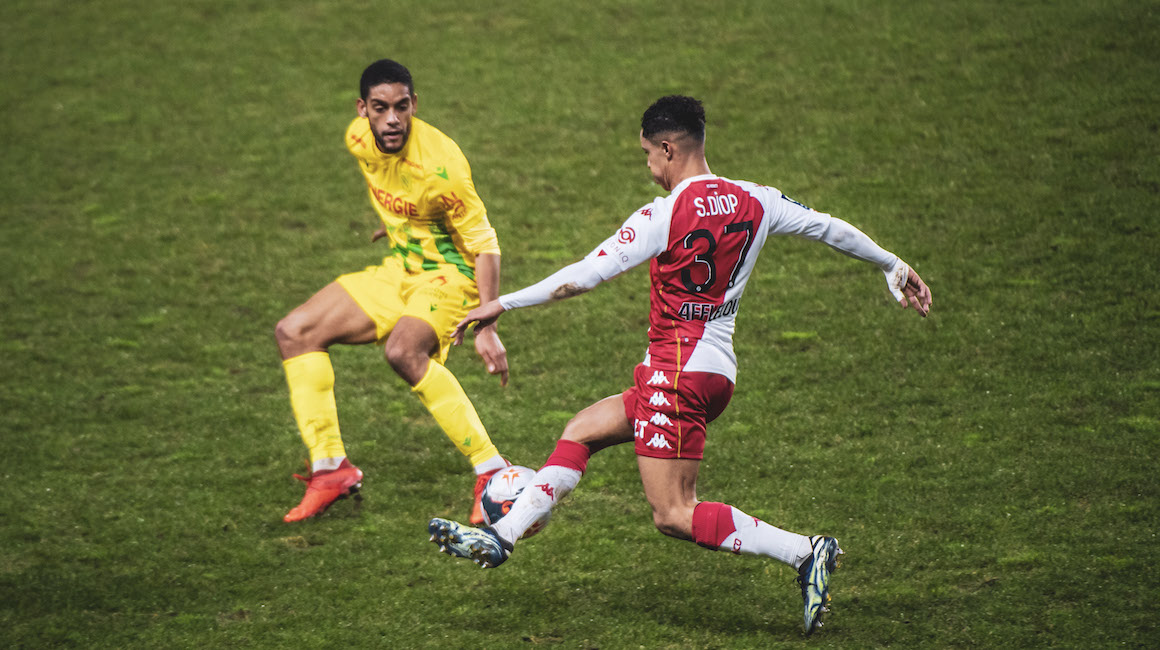 As we moved slowly but surely towards half-time, the Principality club were able to make their breakthorugh from a corner. As we know well, set pieces have been a Monégasque specialty since the beginning of the season. Djibril Sidibé had an effort from outside the box but the Nantes defense managed to clear, but the ball came back to the right back, who crossed into the area. Obviously, Guillermo Maripán was in the area, and the big Chilean headed home to beat Alban Lafont (1-0, 45 ‘). As he has been doing lately, “El goleador” once again opened the scoring, netting his fourth goal in five games in 2021.

At the start of the second half, the Monegasques continued to put pressure on their opponent. Wissam Ben Yedder was close to doubling the lead but his shot flashed wide — Nantes defense’ had been warned (47′). Five minutes later, the number 9 showed his skill before coming on to a ball from Kevin Volland, but his shot was unfortunately flagged off (52′). 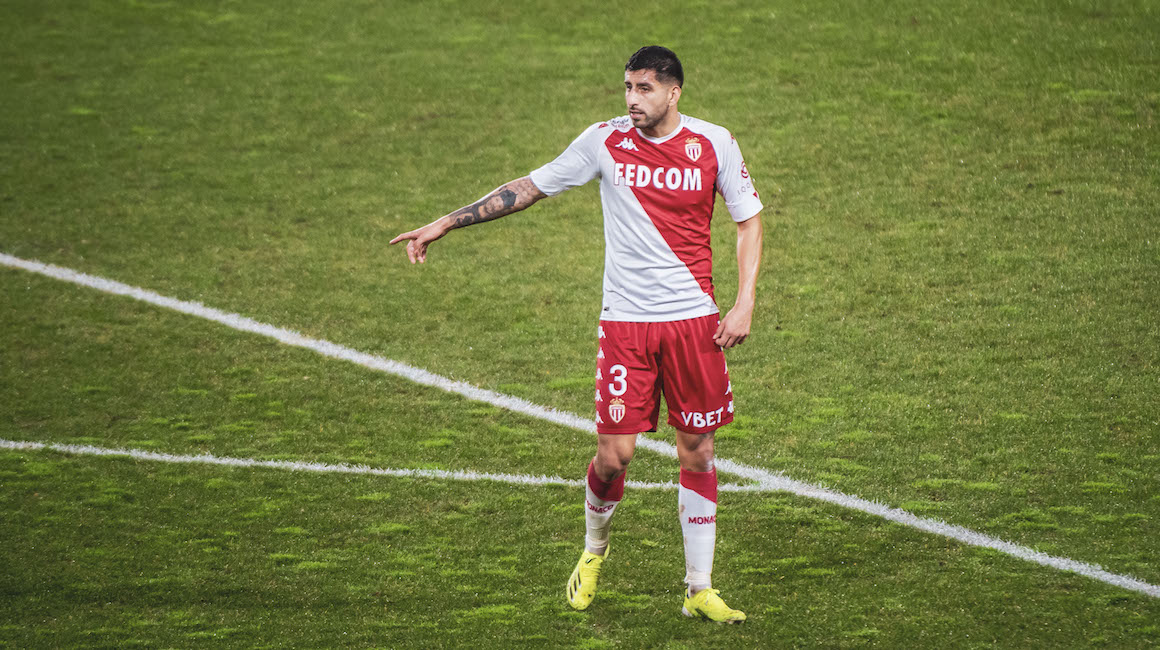 Niko Kovac’s team kept pushing, though. Dominant throughout the game, they kept possession, waiting for an opportunity to be created. The more the minutes passed, the more it seemed Nicolas Pallois and his team would crack at any moment by dint of the Monegasques’ relentless attacks. Indeed, after a brilliant bit of play from Caio Henrique, the Brazilian hit a wonder of pass, picking out Kevin Volland in stride. The German striker did not hesitate in scoring his eleventh goal of the season with a devastating finish (2-0, 62′).

Not satisfied, Wissam Ben Yedder took his chances against the opposing goalkeeper but Alban Lafont came off the better in a one-on-one which could have sealed the outcome of this match (68′). Then two minutes later, it was the turn of Aurélien Tchouameni to try his luck but his shot crashed off the post (70′). The number 8 had come very close to scoring his second goal in two matches, with what would have been a wonderful finish. 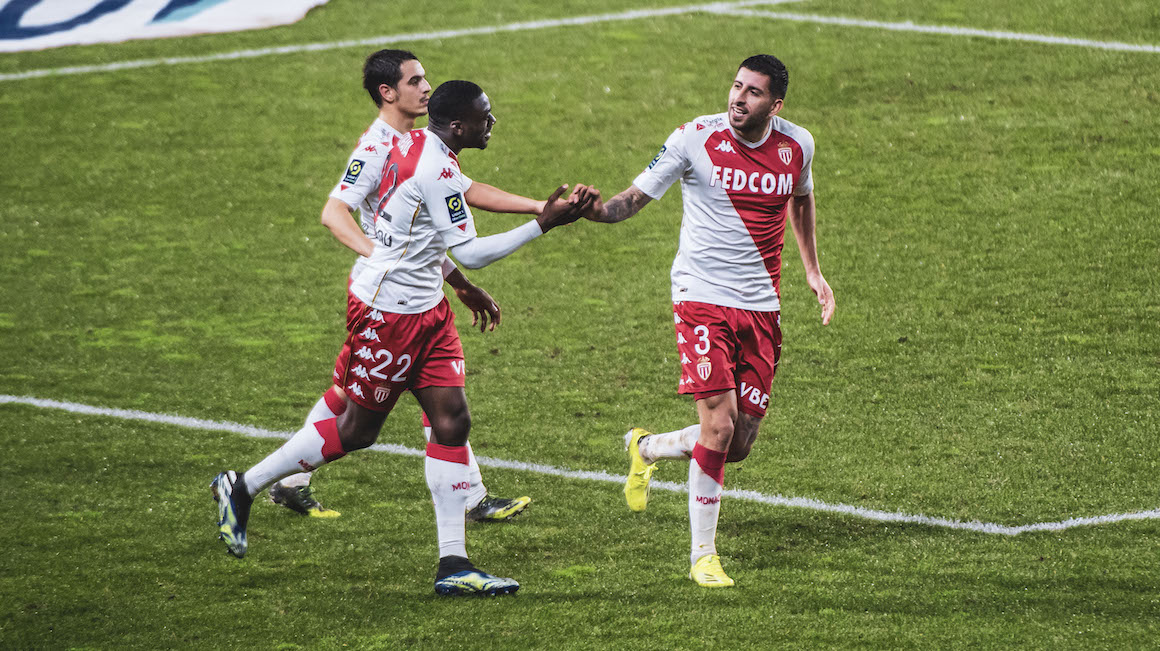 A nervy end to the match

Completely outclassed, Nantes were struggling. The hosts’ captain, Nicolas Pallois, saw red after a second yellow card (77′). Nothing seemed to be able to hinder the Monegasques, who were now playing with eleven against ten. On free kick from the flank, Renaud Emond brought life into the game at the end of the match thanks to a header from close range (84th).

The last few minutes were nerve-wracking but the AS Monaco defense did not buckle and managed to keep the lead until the final whistle. The podium is now getting closer for AS Monaco with three more points. Niko Kovac’s men are now just three points from PSG, currently third. The next match is this Wednesday at the Stade Louis-II, the reverse fixture of the Côte d’Azur Derby against OGC Nice (9 p.m.). 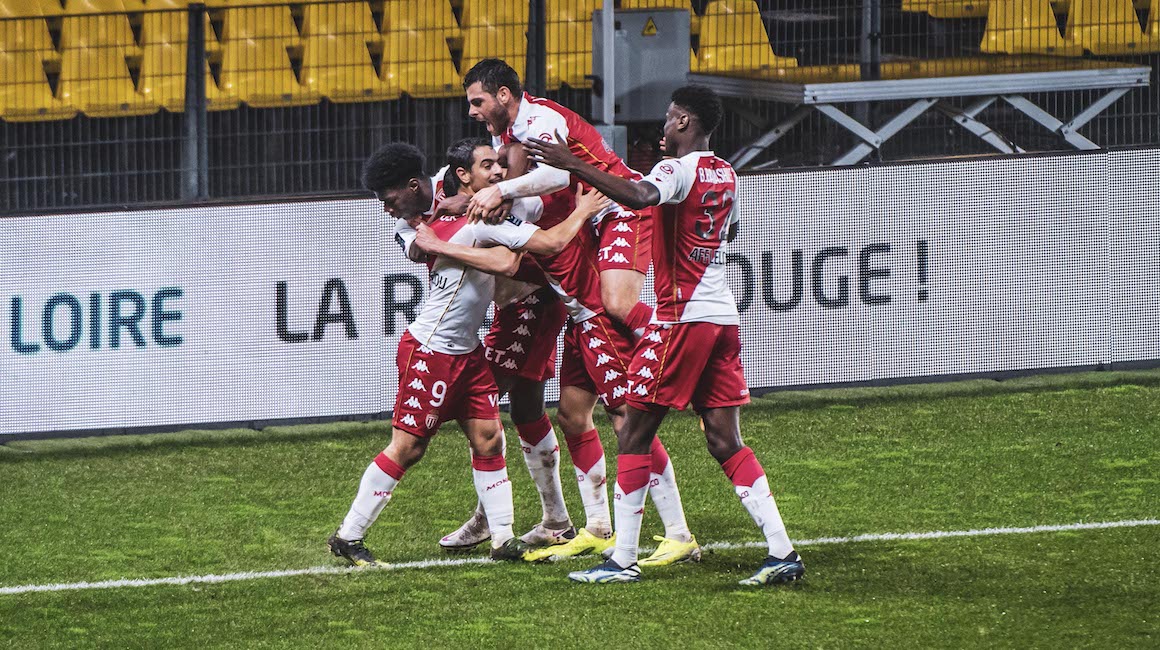