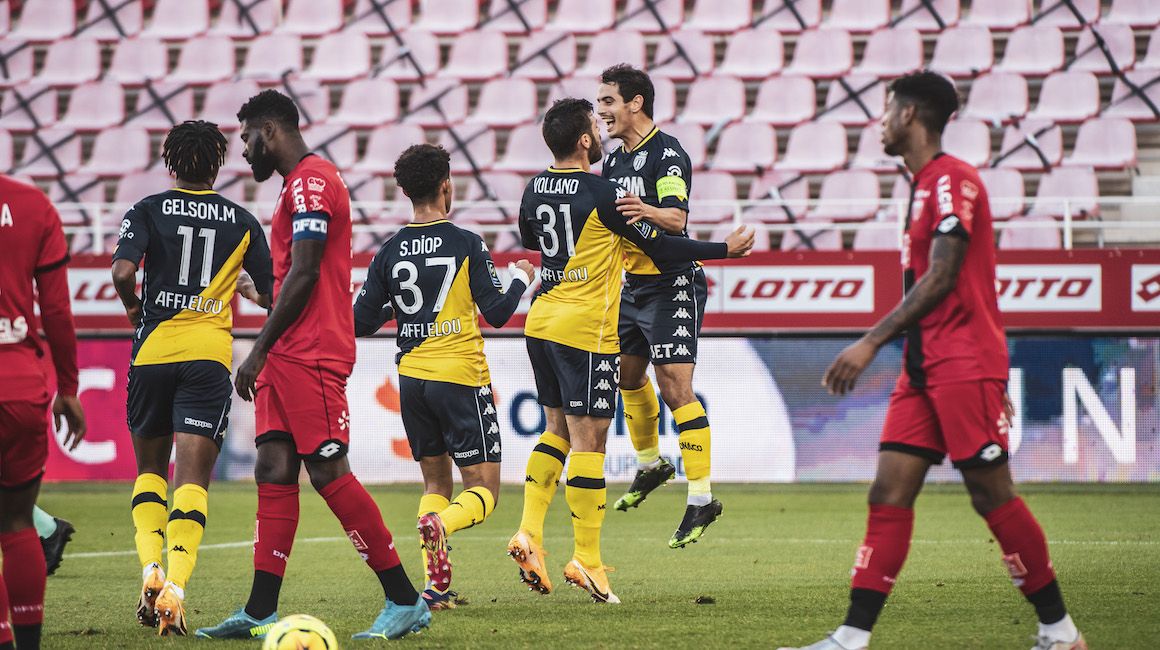 Hervé Obrecht : "Dortmund, mon souvenir le plus fort"
AS Monaco got back to winning ways against DIjon FCO (0-1). Kevin Volland was the match's only goalscorer, and allowed the Red and White to come home with three points.

Inspired from the start, the Monegasques created a few chances for themselves. The youngster Sofiane Diop was the first to make his presence felt. Thanks to his technical finesse, he drove against the opposing defense but unfortunately, his cross did not find anyone (2nd). The Red and Whites showed desire and offered plenty of movement during these first few minutes, which allows them to gradually settle in the opponents’ half.

Dijon were playing with a very compact low block, which left little space in behind. Playing the offside trap, Kevin Volland perhaps could have won a penalty after contact in the Burgundy area, but the referee was of a different mind (6th). The hosts responded through a cross from Celina, which was far from finding its target. (10th). 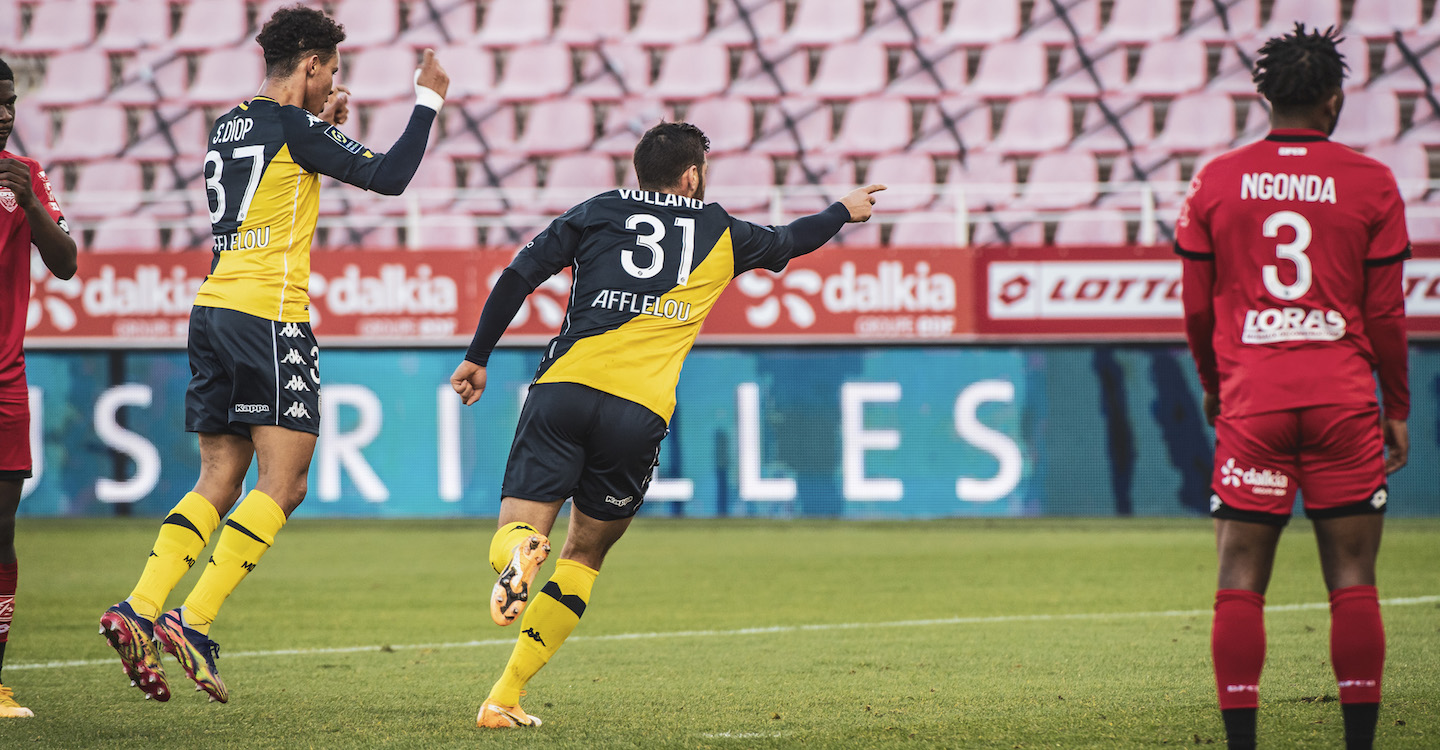 Pressing from the start of the match, Niko Kovac’s men managed to quickly recover the ball. On their first dangerous chance, the Monegasques were clinical. After a nice run through the center from Kevin Volland, he smartly shifted the ball to Wissam Ben Yedder. The France international took one touch to give it back to the Volland, who had to beat Anthony Racioppi. The German did not hesitate and finished into the top corner (15th, 0-1), scoring his sixth goal of the season, and his third assisted by his captain.

AS Monaco continued their efforts, though, with Gelson Martins coming very close to breaking the match open. He latched on to a cross with his head but Sacha Boey got in the path of the ball which seemed to be heading for the goal (23’). Continuing to dominate, the players from the Rock created another opportunity with a strike from Aurélien Tchouameni from outside the area, the Dijon goalkeeper remained vigilant (28’). The Burgundians did not give up, though, and they continued to trouble Vito Mannone, as shortly before half-time Dina Ebimbe’s goal was disallowed for offside (41’), then Alex Dobré’s header went just wide (44’). 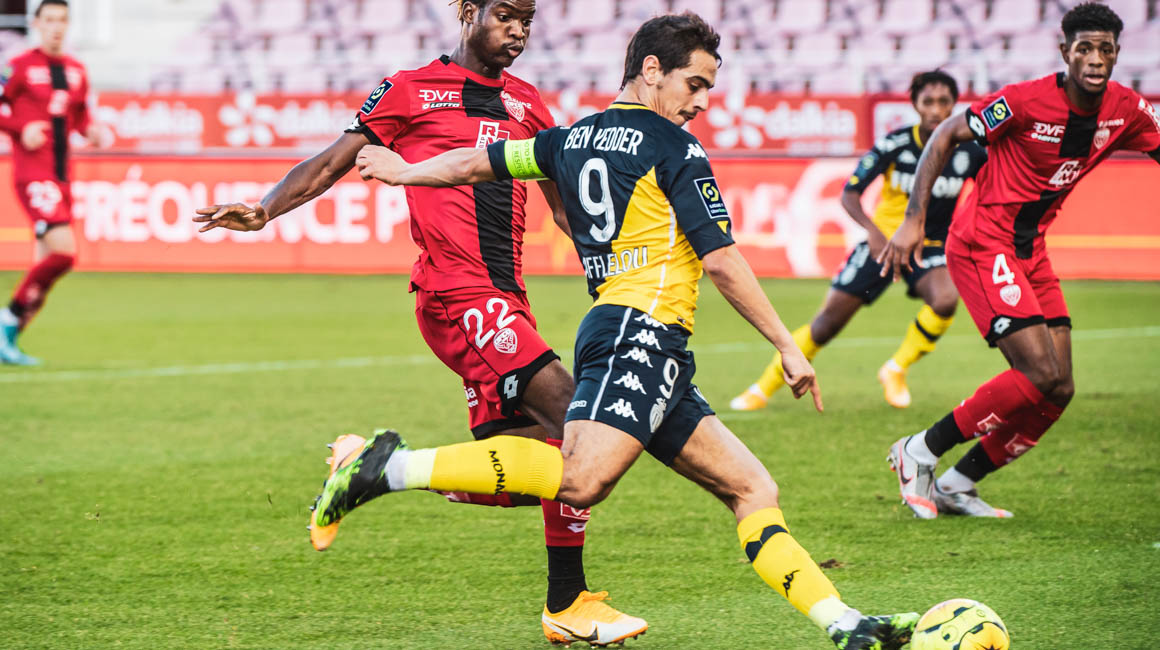 In control in the second half

The first minutes of the second half gave hope to the Dijonnais, as Moussa Konaté faced off against Vito Mannone but he totally missed his attempt (50th). The game was balanced but AS Monaco manages to get themselve some chances. Benoît Badiashile was not far from scoring his third goal this season, but Anthony Racioppi intervened on his shot from close range (62nd). Behind and desperate for an equalizer, Dijon were trying everything for everything and leaving more space at the back than at the start of the match. This benefitted Kevin Volland who also tried his hand from outside the box, albeit without success (69th).

Then the  substitute Stefan Jovetic also puts the hosts’ goalkeeper to work, (72nd) as the attacks continued on both sides. Dina Ebimbe missed the target unmarked in the box (79′), only for Vito Mannone to intervene a few minutes later against the same player, diving perfectly to keep out a low strike from the Dijon midfielder (90′). At the end of added time, Pietro Pellegri had a chance to seal the outcome of this match after winning his one-on-one with Anthony Racioppi with a shot across goal, but the Italian was flagged off (90′).

Niko Kovac’s men won 1-0 in Burgundy and moved up into the top third of the table. The next match for Wissam Ben Yedder and his teammates is Wednesday at the Stade Louis-II, against AS Saint-Etienne (9 pm, behind closed doors). 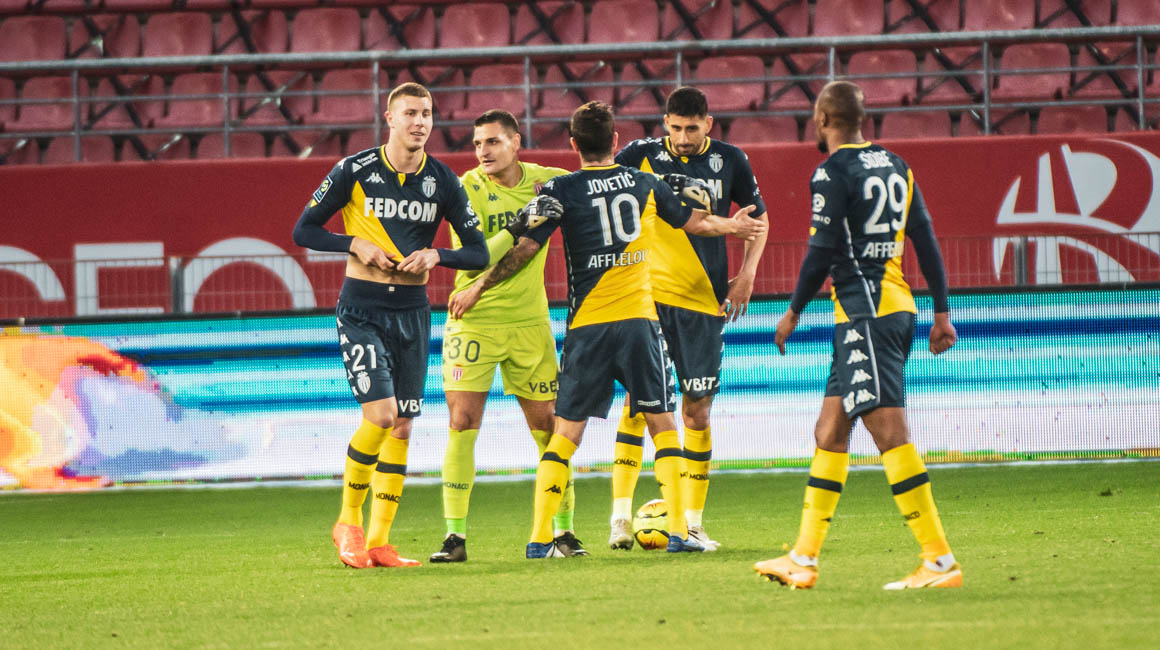