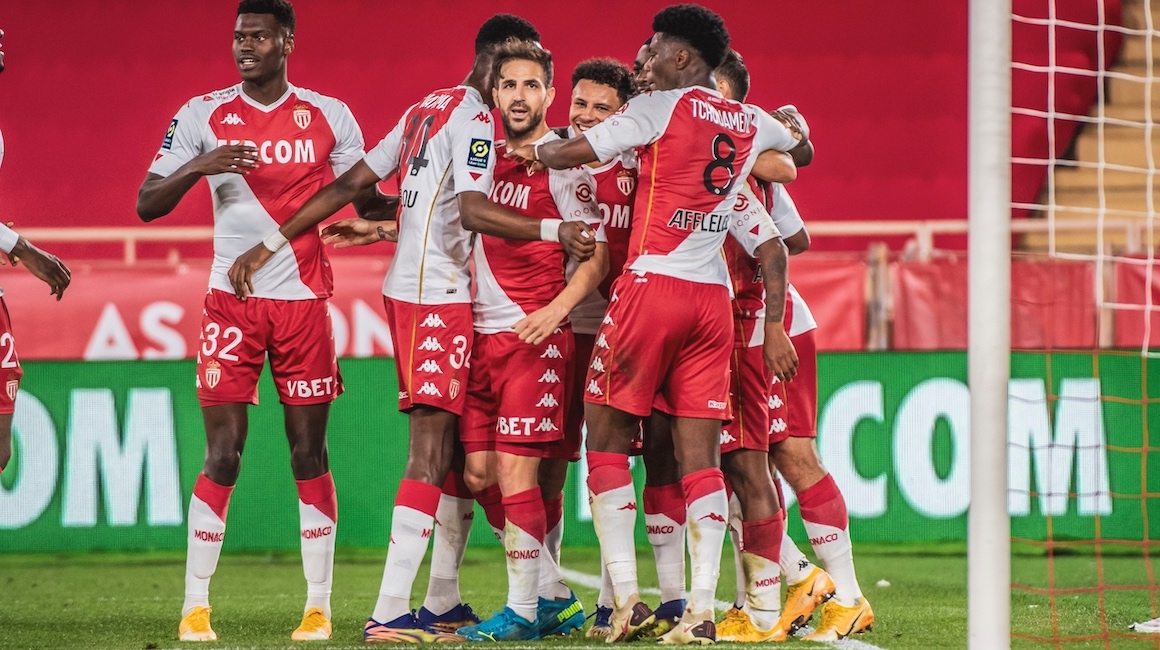 After going behind 2-0, AS Monaco beat the league-leading Parisians thanks to a double from Kevin Volland and a goal from Cesc Fabregas. The Red and Whites are second in Ligue 1!

23 years ago to the day, in the same Stade Louis-II, against the same Paris Saint-Germain, AS Monaco won 3-0 thanks to Victor Ikpeba and a double from David Trezeguet. 23 years later, the score is different, but the winner is the same. Behind 2-0, the Red and Whites reacted perfectly and beat their opponent 3-0 in the second half! The Parisian side, who are the current leaders, have fallen for just the third time this season. 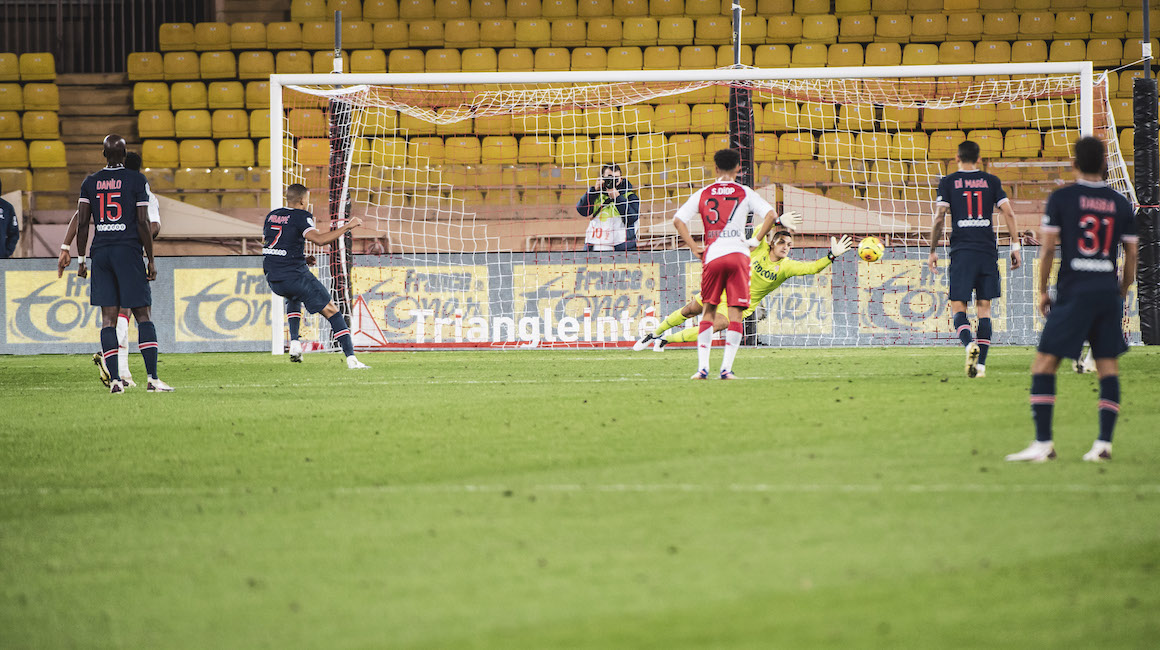 In this match, part of the 11th Matchday in Ligue 1, it was AS Monaco who had the chance to score the first goal of the game but Sofiane Diop missed the target (8th). Monaco got off to a good start in the game and a minute later Kevin Volland forced Keylor Navas into a save on a free kick just outside the box. The Parisians then responded with a few attempts by Danilo Pereira (12th) and Angel Di Maria (18th), but they could not find the target. At least, until Kylian Mbappé, in the 24th minute of play. Well picked out with a long ball, the French international turned the opposing defense quickly and opened the scoring for PSG. The former Monegasque scored twice, netting again from the penalty spot before the break (36′) and even thought he had a hat trick just before the break, before being flagged offside (45′). Meanwhile, Moïse Kean hit the bar (38′) and was denied another goal by VAR (44′). 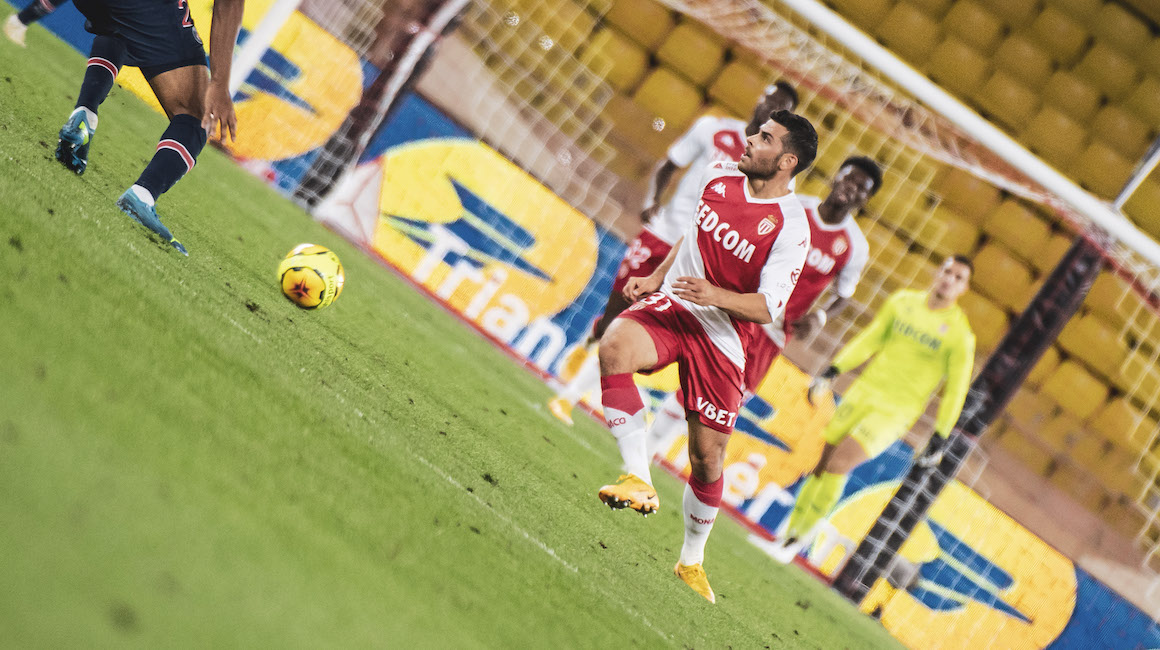 With his team behind 2-0 at the break, Niko Kovac then decided to make two changes. Caio Henrique and Cesc Fabregas came on with the Spaniard moving into a number ten role following a tactical reshuffle, which brought success almost immediately! As soon as they come back from the locker room, despite a free kick from Angel Di Maria flashing just over (46′), the Red and Whites would soon be pressuring Keylor Navas’s goal. Kevin Volland forced the Costa Rican goalkeeper into a big save for the second time on the evening with a header at the near post from a corner (50′). After his free kick in the first half and then this chance, the German striker would finally be rewarded. First by finishing from a perfect cross from Gelson Martins (51′), then another from Cesc Fabregas after a long pass from Tchouameni (64′). The former Leverkusen player may not have scored the most difficult goals of his career, but he did score two very important goals.

…and Cesc Fabregas the win! 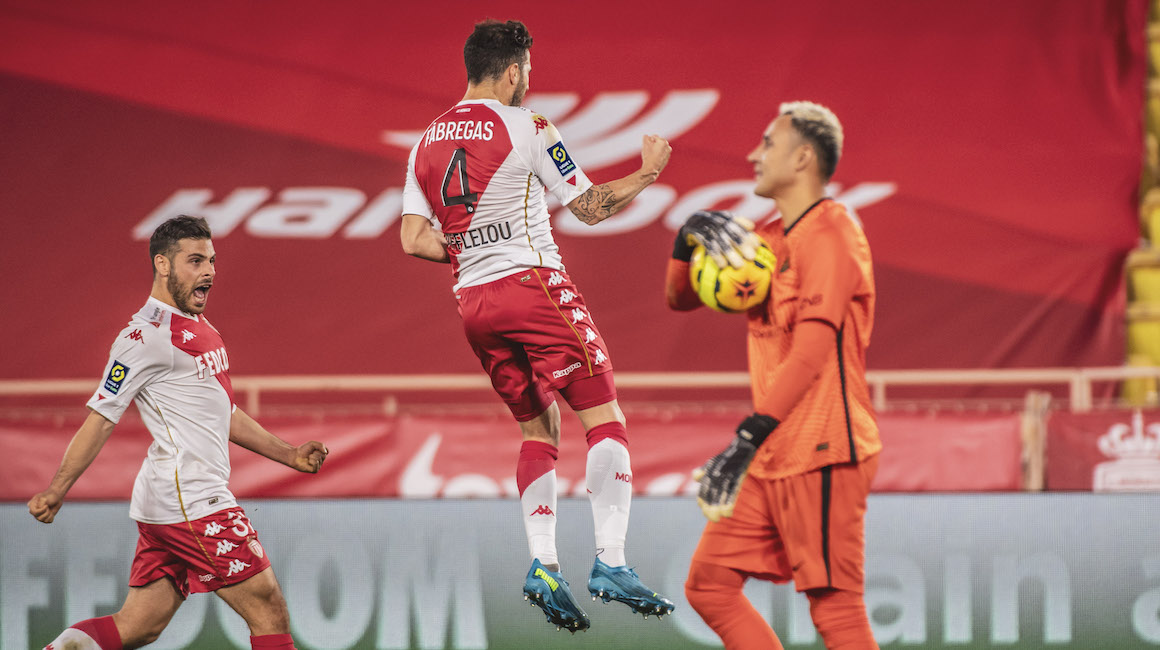 At this point in the game, AS Monaco had come back from 0-2 down to 2-2 thanks to Kevin Volland’s second brace of the season. Not satisfied, Niko Kovac’s men continued to attack and would be rewarded for their excellent second period with ten minutes remaining. Once again, Kevin Volland took a lead role in the AS Monaco attack. In his recovering a ball from the feet of Abdou Diallo, the number 31 of drew a penalty and saw the Parisian defender sent off. Cesc Fabregas converted from the penalty spot (83′) and to completely change the narrative. AS Monaco were simply stunning, winning 3-2 to move into second place in the league!