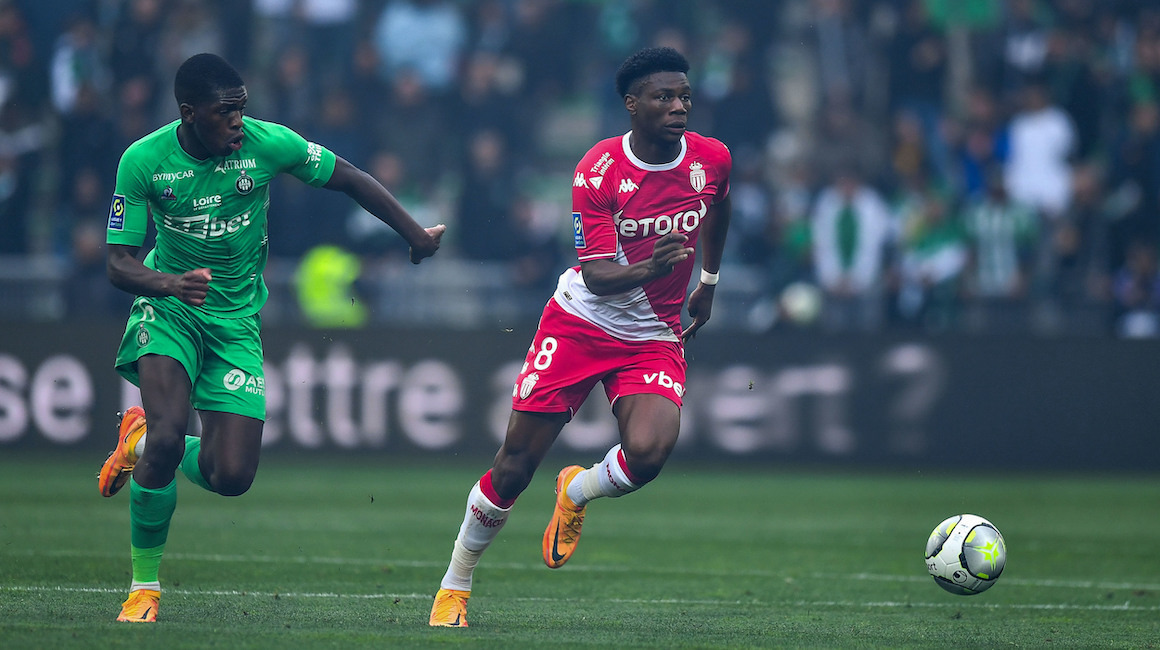 Delighted to have participated in AS Monaco's sixth consecutive win in Ligue 1 at Saint-Etienne (4-1), the Monegasque midfielder spoke to the media after the match at Le Chaudron

They are on cloud nine! Once again ultra dominant against a team from Saint-Etienne who are fighting to stay in the top flight, the Rouge et Blanc recorded a sixth victory in a row in the league at Le Chaudron (4-1), simply the best current run in the European Big 5 leagues. It was a performance of very good quality, which continued the team’s superb current run, which Aurélien Tchouameni spoke of with the press at the end of the match.

Hello Aurelien. What is your state of mind after this sixth victory in a row?

Lots of satisfaction for sure! We work hard to win as many matches as possible. At the moment it’s going well, we’re continuing on with this sixth win, but there are still a lot of points to pick up, so we’ll continue in this direction.

There are four “finals” left to reach the Champions League…

There were five before today’s game against Saint-Etienne, and there are still four to go. I repeat, we will still have to take the matches one after the other. We have a match next Sunday at home against Angers, and we will have to pick up three points again. The ambition is to win this next match, and we will look things over at the end of the season.

We tried to stay very focused, as the coach asked us to do in the locker room. We weren't joking or anything, we were focused on the game. We knew that Saint-Etienne was going to push to come back, but I think we got back into the game well, with a good attitude, and we had a great victory at the end!
Aurélien TchouameniOn the match being interrupted

You’ve been in great form over the last month. How do you explain it?

We are getting better and better at respecting the instructions of the coach, who does a lot of work. He continues to give us confidence, as he has done from the start, even when things were not going so well for us. So today we are reaping the fruits of our labor, even if it is not over. There are still a lot of things to achieve, and we will continue to work hard to play these four “finals”.

How did you experience the interruption of the match?

It was a first for me and for most of my teammates. We tried to stay very focused, as the coach asked us to do in the locker room. We weren’t joking or anything, we were focused on the game. We knew that Saint-Etienne was going to push to come back, but I think we got back into the game well, with a good attitude, and we had a great victory at the end!

🔁 Sidibé takes the place of @GelsonMartins_

What did you think of the atmosphere at the Chaudron?

We were really happy that there were people at the stadium, including our supporters who had again come in large numbers (nearly 400). We knew it was an important match for the Saint-Etienne fans. It gives us more adrenaline to play in such an atmosphere.

How did you manage the match post-penalty, for which you were charged?

It’s a part of the game. Personally I think that there was no foul on my part, but the referee has made his decision and I respect it. It’s part of the game. I tried to keep my concentration, like the team, so it didn’t destabilize me. We continued to score goals, and in the end it remains a fact of the game because we won 4-1. That’s all I want to remember.