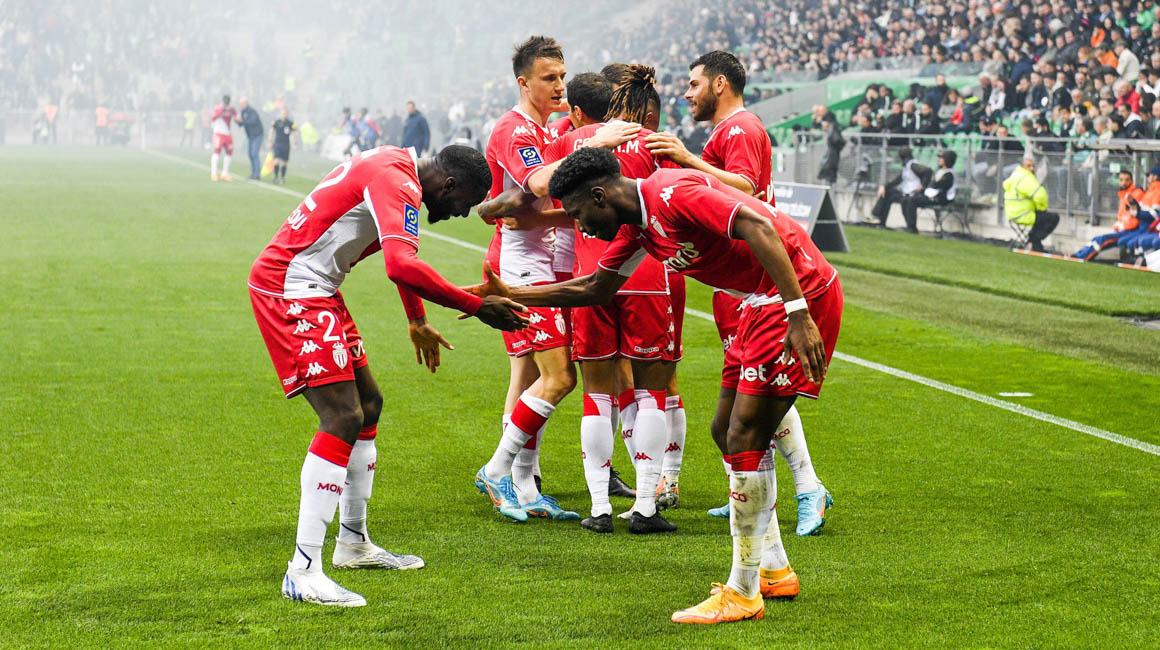 Following a superb performance away to Saint-Etienne (4-1), the Principality side has four players and the coach in the team of the round for matchday 34 in Ligue 1.

What a match! Thanks to their superb win in AS Saint-Etienne (4-1) this Saturday, their sixth consecutive victory in Ligue 1, AS Monaco make up a big part of the team of the round for matchday 34, with five representatives. 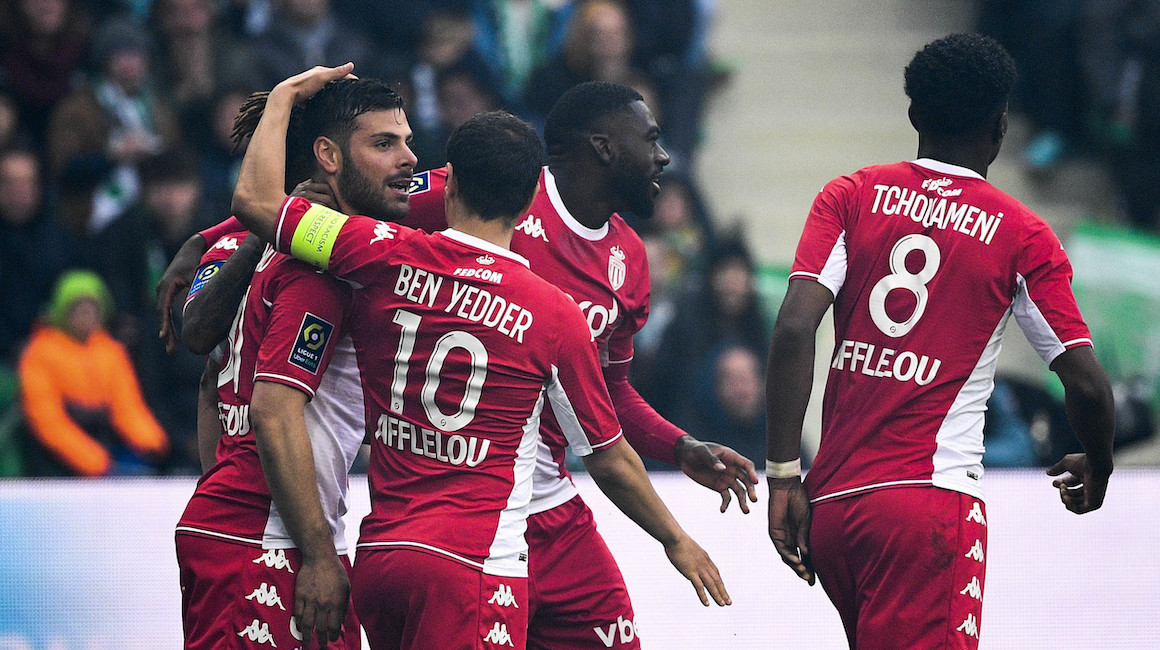 A wall of Rouge et Blanc

Four players made the eleven selected, including two defenders. The first is Axel Disasi, who was once again monstrous in central defense and very skilled in his passing, and the second is Caio Henrique, who had an assist on the opener scored Wissam Ben Yedder, his 7th of the season in Ligue 1.

The third Monegasque representative is Youssouf Fofana, who received a score of 8 for his performance in midfield. It was another match “in the zone” for Aurélien Tchouameni’s teammate in midfield, who watched Kevin Volland’s masterclass from a front row seat.

Kevin has progressed a lot physically, he no longer has pain and is back to his best level. He works very hard for the team, provides assists and scores goals. He is always positive and works for two which benefits the players around him.
Philippe ClementManager, AS Monaco

A masterclass from Kevin Volland

Playing in support of Wissam Ben Yedder, the German international scored, despite a foul committed on him, his 8th goal of the season in Ligue 1. And if he was not involved in the last two Monegasque goals on the stat sheet, he still helped to create them. It was he who put Timothée Kolodziejczak under pressure on the third goal, and it was one of his brilliant passes for Ismail Jakobs, who provided the assist for Myron Boadu to score the fourth.

A big first for the coach!

But if all these players shone, it is also because they were perfectly managed; this is why Philippe Clement appears for the first time since his arrival at the Club in L’Equipe’s team. With a score of 8, the Belgian manager was rewarded for his tactical choices, which allow his team to be more than ever in the race for the podium. Bravo to all! 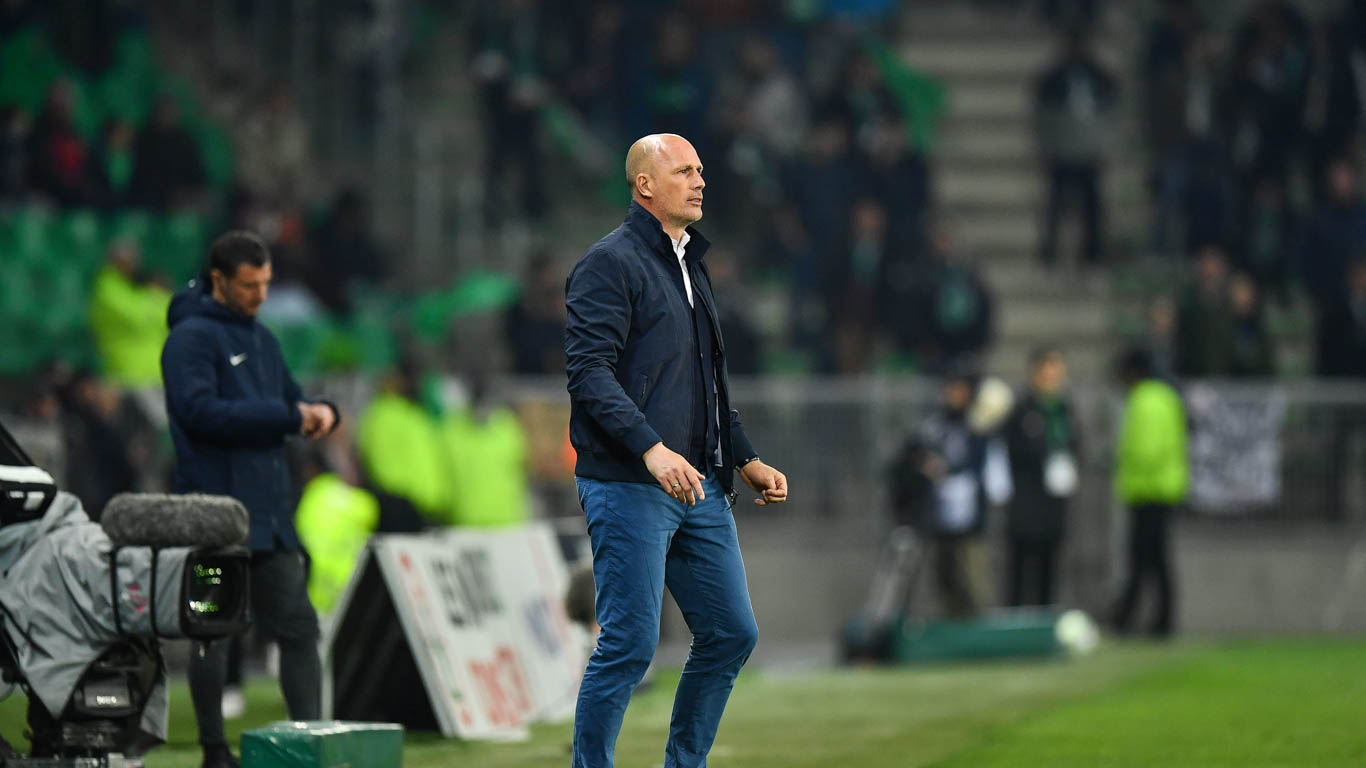 L’Equipe’s team of the Round for Matchday 34:

* Download  the AS Monaco App (on Google Play and Apple Store)