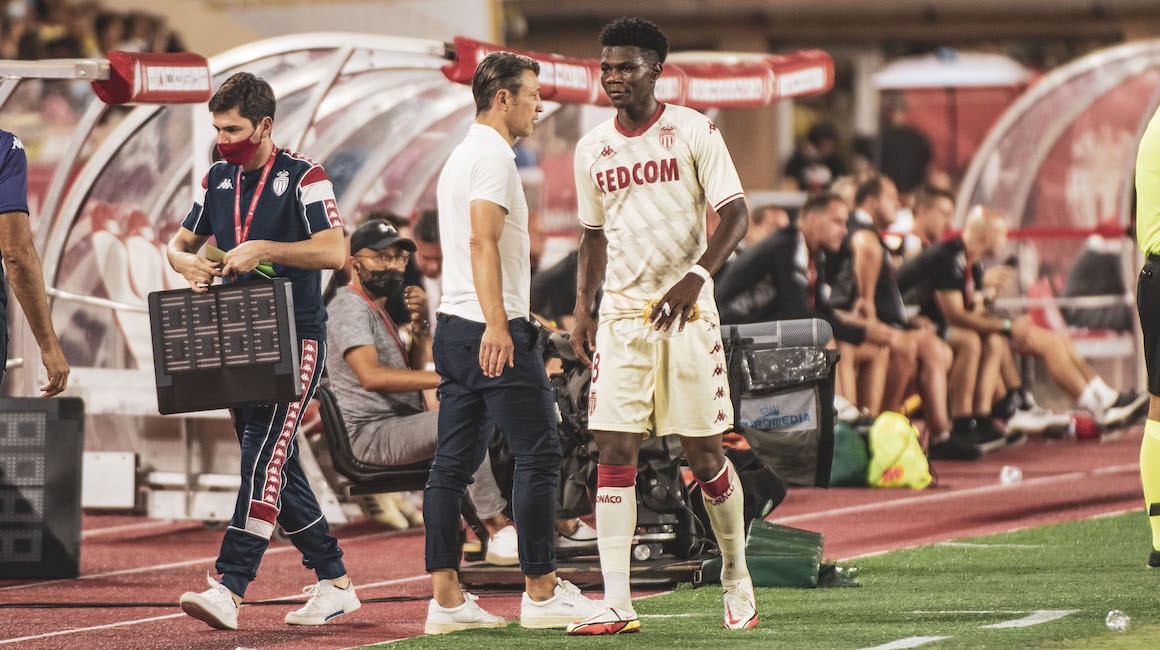 AS Monaco's opponents in the Europa League Group Stage

The reactions of Niko Kovac and Y...fter the team's cruel elimination
Newly called up for France by Didier Deschamps -- for the first time in his young career -- the Monegasque midfielder spoke about the team's trip to Troyes this Sunday in Ligue 1 (1 p.m.) with the media.

He’s been through a wide range of emotions this week! Obviously disappointed by the elimination of AS Monaco in the Champions League playoffs , despite an impressive performance against Shakhtar Donetsk (2-2), Aurélien Tchouameni soon learned that he was selected for his country for the first time, called upon by Didier Deschamps to take part in France’s two qualifying matches for the 2022 World Cup in Qatar. The Rouge et Blanc midfielder also spoke about the important match this Sunday against Troyes (1 p.m.). 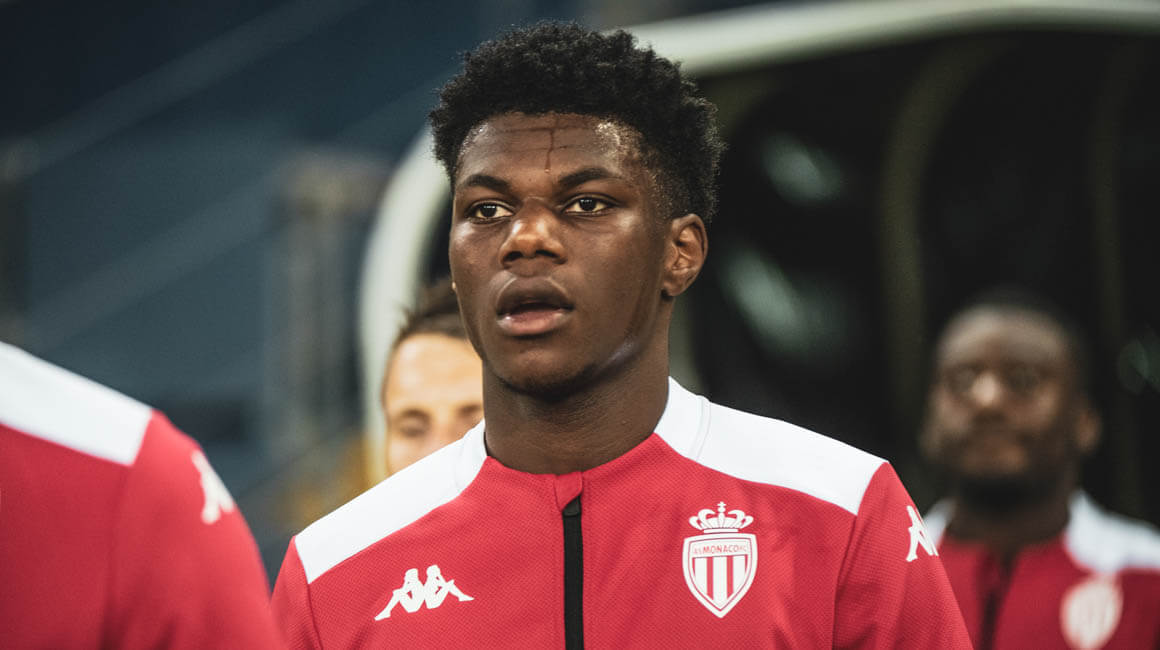 How he learned about his call-up for France

I have to admit that I had a very intense 24 hours emotionally, between the disappointment of the match on Wednesday, then the joy of my learning of my call-up Thursday. It’s all of part of sport at the highest level; sometimes there are ups and downs. The evening ended badly in Kharkiv, but the next day I was ecstatic when I heard the news. My agent must have known this a little earlier because he sent a message to my father, who told my little brother on my way back from Ukraine. He told me about it, about ten minutes before the manager announed it. It was pretty crazy.

Getting to know the France squad

I am fortunate to already know some players in this national team, so that will facilitate my integration. I’m going to go there with the aim of showing my qualities and learning as much as possible from the France squad, as I’ve been advised by the coach (Niko Kovac).

His tole models in the French team

Since I was young, I have been watching Paul Pogba and N’Golo Kanté closely. These two set the standard my positionl they’re two players that inspire me. I will try to retain as much information and experience as possible during this international break, following the example of these players. I still have a lot to learn. 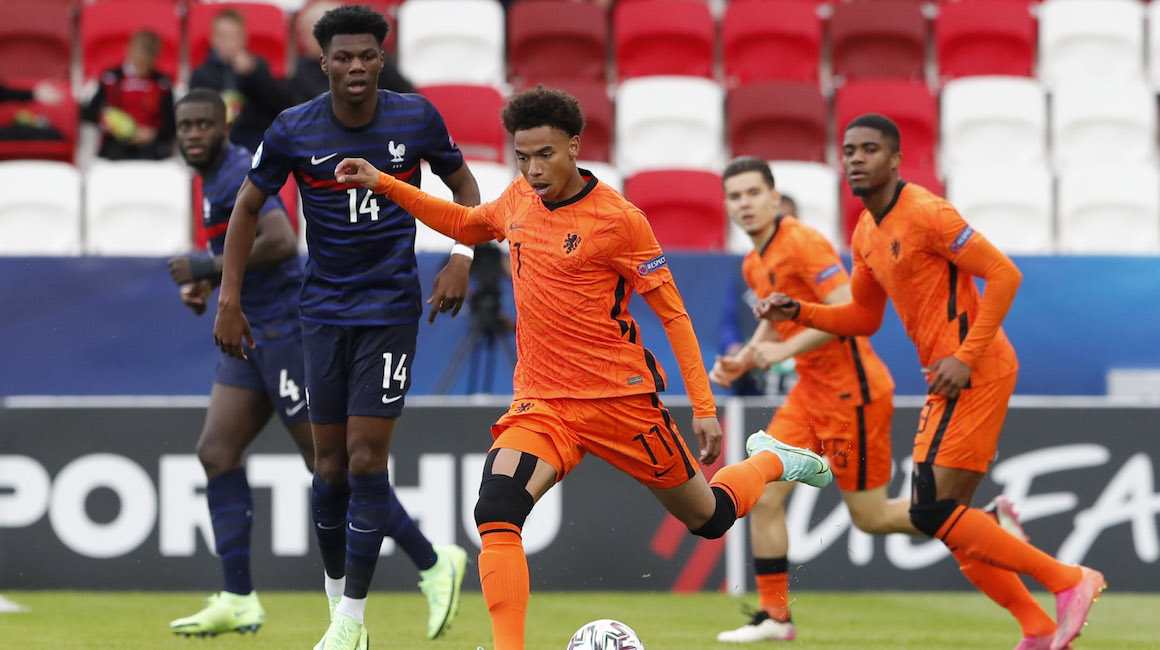 The performance in Ukraine

In view of our performance, we deserved to win. We have shown that we are superior to them. And above all, we showed that we can compete with any European team. On the pitch, we felt we were delivering a great performance. We were first in the duels and we were in “steamroller” mode. The facts of the gameof of course decided the result, but it is a match that will serve us well for the rest of the season.

Disappointment in the result

The trip back allowed us to digest this match in Donetsk, and to move past the disappointment of the result. We have a fairly young squad, which allows us to be able to switch gears quickly and move directly on to something else. Obviously we were disappointed, but at the same time we will be able to face some great European teams in the Europa League. The Champions League is over, it’s behind us, and now it’s time for the league season;  we don’t have time to think about it.

On the club’s future opponents in the Europa League

I have seen PSV Eindhoven a few times before. They have very good young players, they finished runners-up in the Eredivisie and are going to be difficult to play; they move the ball forward quickly. Real Sociedad is a very well-organized team that we had the opportunity to play in a pre-season friendly and they beat us. We know less about Sturm Graz, but we do know that they have a stadium with a good atmosphere. It will be a challenge to play there.

On the difficulty of stringing together results

It doesn’t matter who the opponent is. Given our current situation in Ligue 1, we can’t underestimate anyone. We are going to Troyes with the will to show what AS Monac are about as we did against Donetsk. Building on this will be the challenge. When you are able to achieve such a level of play, you have to have the same desire and the same determination against all teams.

On his position on the pitch

Like I said last season, I have a lot to improve on. Playing higher up the pitch is part of my development, while keeping the team balanced. Sometimes it’s Youssouf; sometimes it’s me. Inasmuch as it helps the team, I like to get forward. But honestly, I don’t pay much attention to my positioning; sometimes I’m more to the left than to the right, and vice versa. Our positions are interchangeable, whether I’m playing with Youssouf, Jean Lucas or Eliot. 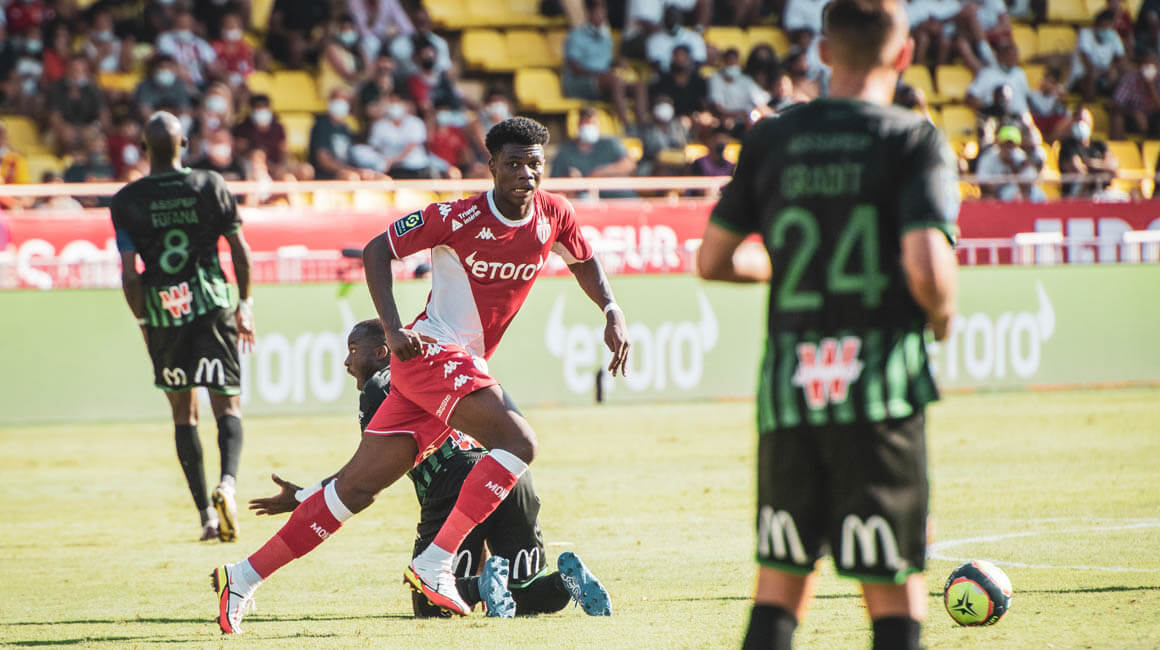 The challenge in facing Troyes

The performance against Shakhtar should give us confidence. That’s what we said to each other in the locker room after the game. We know we may have to deal with a low block playing against Troyes. We will need progressivity in our passing, and we will have to adapt to dealing with this kind of adversity and come up with a solution.