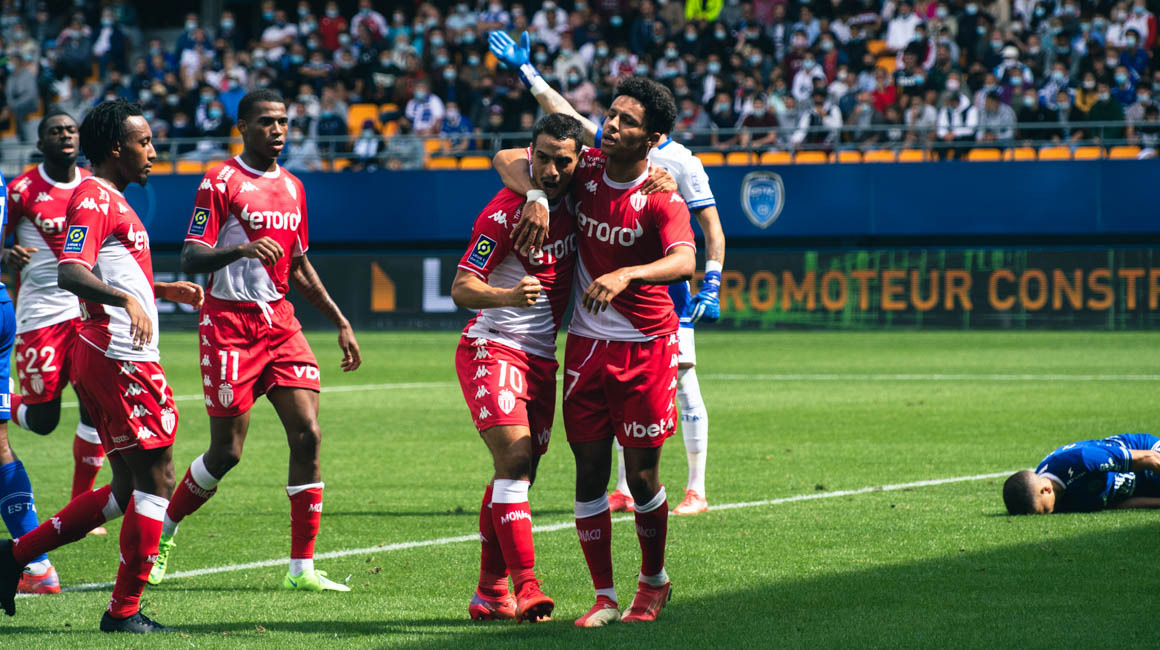 To bounce back from their elimination in the Champions League playoffs, Niko Kovac decides to largely keep the lineup used in Ukraine, with two exceptions. Ruben Aguilar and Jean Lucas replaced Djibril Sidibé and Kevin Volland, both of whom were injured, in a 4-2-3-1 system. For the hosts, Giulian Biancone would reunite with his teammates, just over two weeks after leaving the Principality. The visitors’ section was well-filled by supporters of the Rouge et Blanc, who turned out in large numbers at Stade de l’Aube. 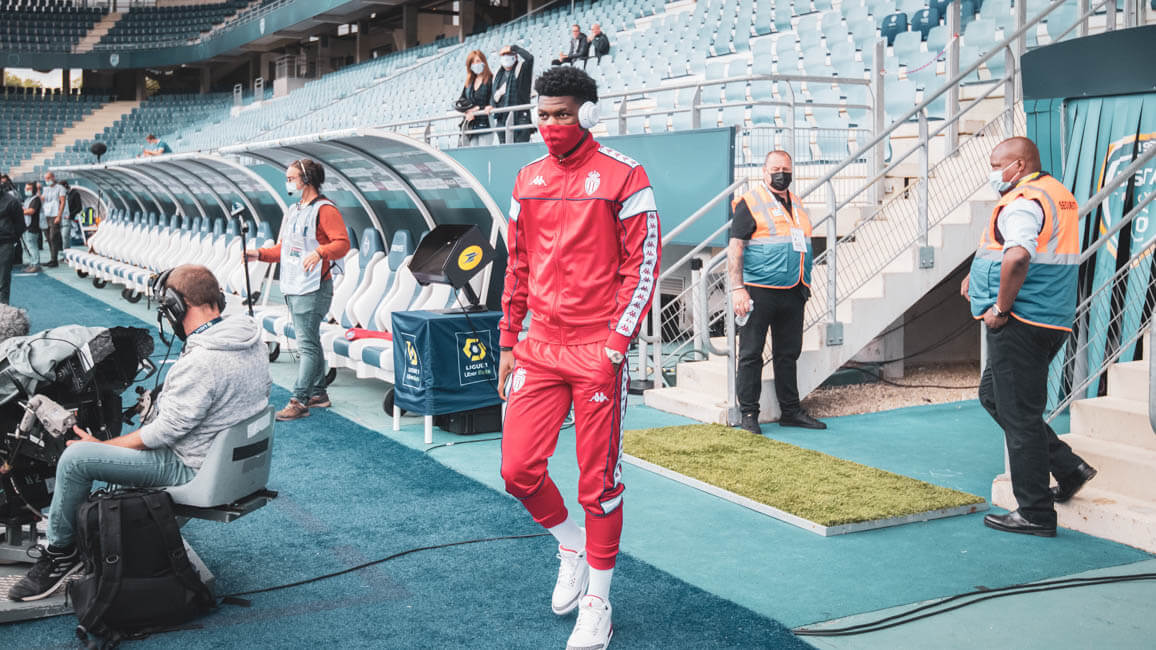 Aurélien Tchouameni at the center of the action

The start of the match was a period of observation between AS Monaco and the reigning Ligue 2 champion, who played a five-man defense. The first chance came from a corner by Jean Lucas knocked on by Aurélien Tchouameni for Gelson Martins, who failed to get his effort on target (13′). Five minutes later, another chance came from the same set of players, but in a different combination. The Portuguese winger played in the newly minted French international at the far post, who struck his shot perfectly only to see it unfortunately hit the left post of Gauthier Gallon’s goal (18′), a huge opportunity for the Monegasques.

Playing very high up the pitch, as usual, AS Monaco were winning a lot of balls and were hardly unsettled by a run from Rominigue Kouamé (38′). They would finally open the scoring on a sequence initiated by Aurélien Tchouameni, who was very active, and who played a fine long ball for his captain. Ben Yedder would cleverly pick out Sofiane Diop, and the French U-21 international (called up this week alongside Benoît Badiashile) would finish from close range (1-0, 40th). 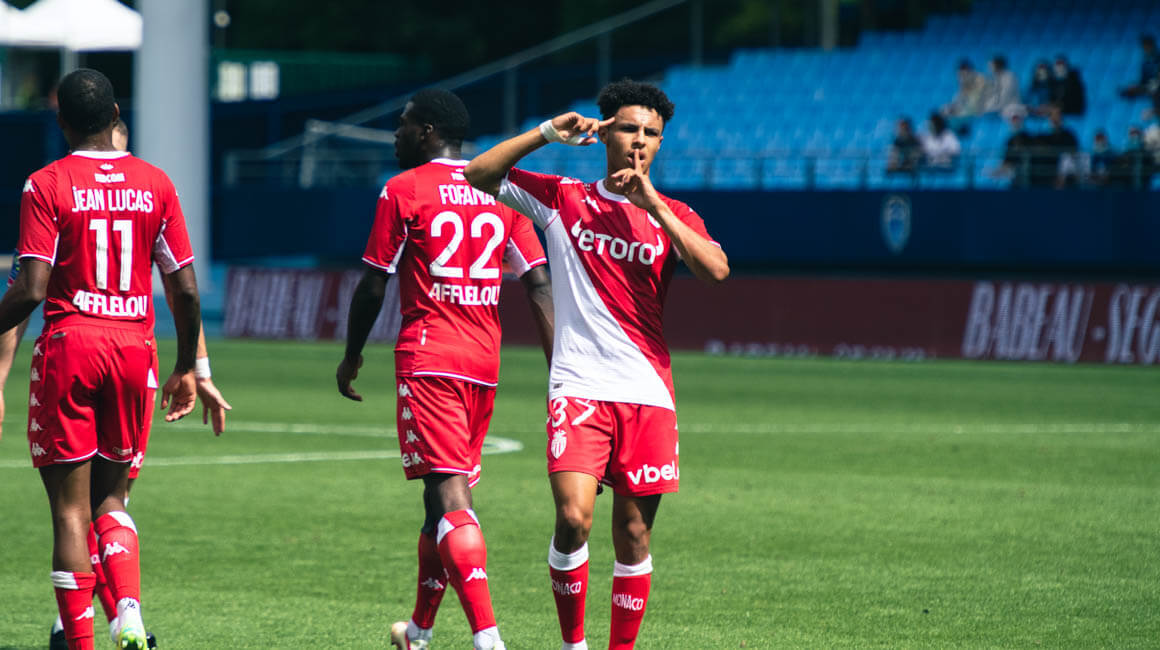 Determined to seal the result, Niko Kovac’s men returned to the locker room with a one-goal lead. Despite their fine play, there was a moment of nerves at the start of the second half, when Giulian Biancone, positioned on the left wing, hit a right-footed shot that would come off the post of Alexander Nübel (48′). Shortly thereafter, the full back, trained at the Academy, could have conceded a penalty to the Rouge et Blanc in holding Gelson Martins’ arm. Unfortunately, though, ESTAC would level things with a free kick having been deflected into his own goal by Ruben Aguilar. (1-1, 51′).

Their pride stung, the Monegasques quickly regained the lead, thanks to a recovery high up the pitch by Youssouf Fofana, who slipped in Sofiane Diop, beating Gauthier Gallon for the second time (2-1, 58th) this afternoon. He was even close to getting a hat-trick on a counterattack led by Wissam Ben Yedder, but the  Troyes goalkeeper would intervene. Niko Kovac took advantage of a lull in the action to make some changes and better control the end of the match. However, the Rouge et Blanc would have another nervy moment on a lob by former Dijon player Mama Baldé, who crashed his shot off race on the crossbar of Alexander Nübel (70′). 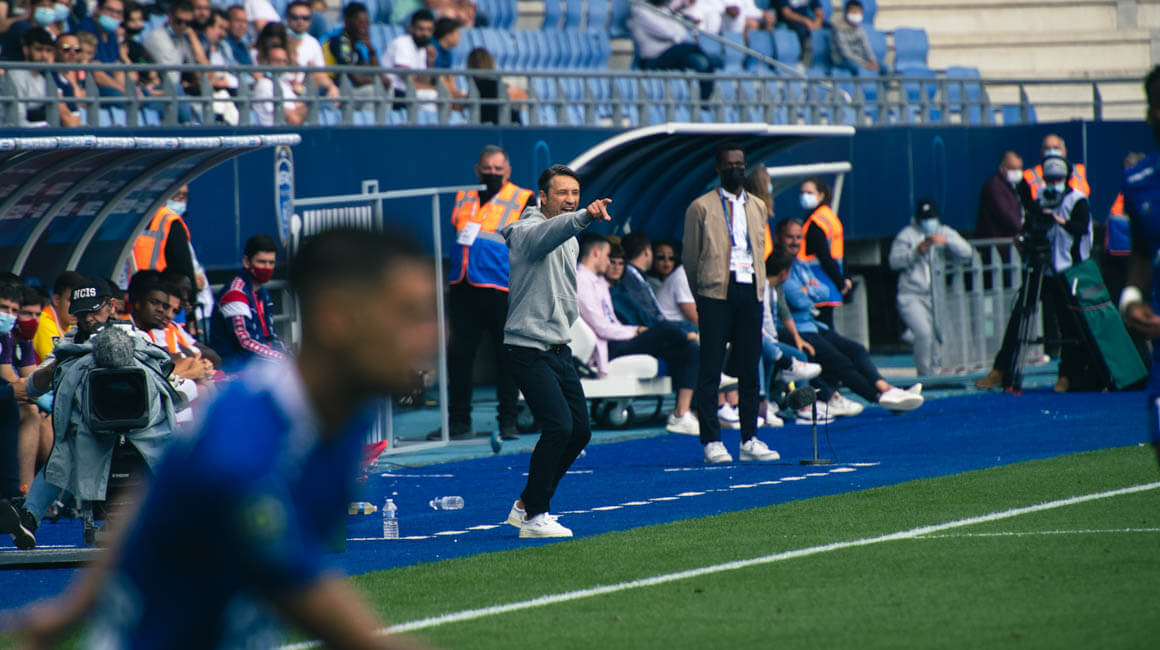 A reassuring victory before the international break

He would even try his luck again at the edge of the area, but without success (73′). The last quarter of an hour was a succession of substitutions from the two teams. Fortunately AS Monaco were holding up well at the back, playing with great collective solidarity, thanks once again to a large away support. The Monegasque bench would be forced once again to hold its breath on a powerful strike from Renaud Ripart (88′).

In the end, though, Wissam Ben Yedder’s teammates had their first Ligue 1 victory of the season. It was three well-deserved points, just before the first international break of the season. The team’s next match will be a big one: a visit from Olympique de Marseille to the Stade Louis-II. DAGHE MUNEGU !! 🇲🇨