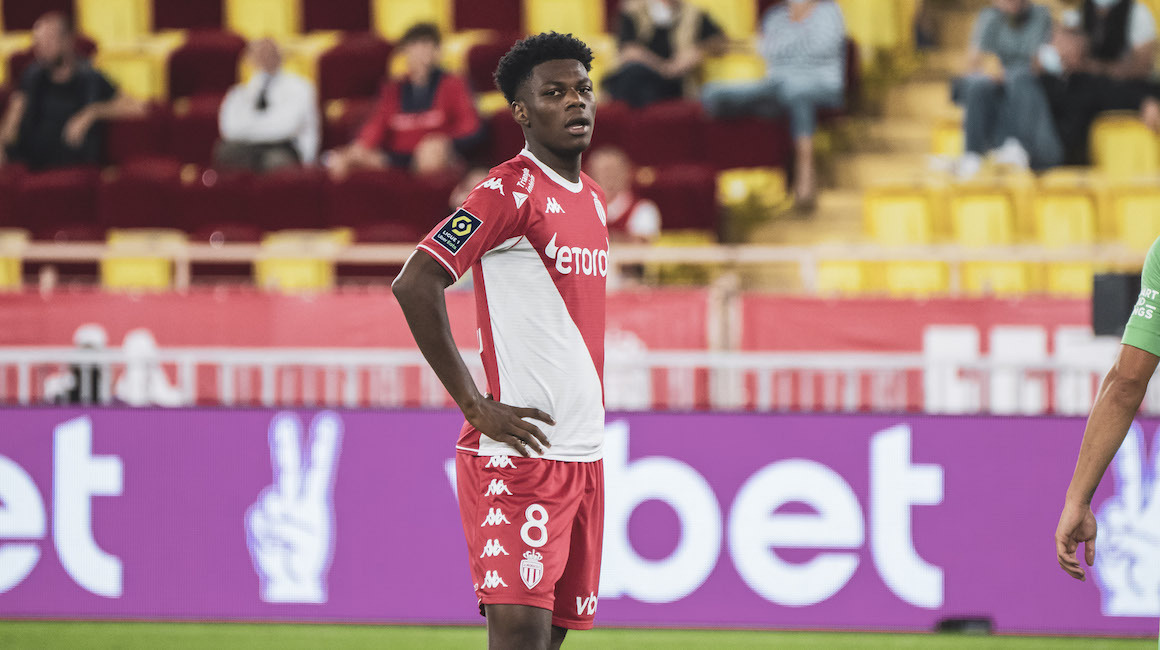 After another month of superb performances, Aurélien Tchouameni was again named player of the month for September by fans of the Rouge et Blanc on the AS Monaco App.

And two! After a first award in August, Aurélien Tchouameni was once again rewarded by the Rouge et Blanc fans on the AS Monaco App, being elected MVP of the month of September. The Monegasque number 8 won 63% of the vote, finishing ahead of Wissam Ben Yedder (25%) and Aleksandr Golovin (6%).

He has also been called up once again by Didier Deschamps to participate in the Final 4 of the Nations League with France, further reward for his superb month, which has greatly contributed to what is a very good run of play, AS Monaco having now gone six consecutive matches without defeat in all competitions.

I hope there will be many more to come later. I’ve been gaining momentum since I arrived here in January 2020. I’m definitely not the same player now. But I hope to keep improving and come back again to talk about this in another 60 games.
Aurélien TchouameniAbout earning 60 caps for AS Monaco

A massive performance against Bordeaux

In the last team’s match before the break, against Girondins de Bordeaux (a 3-0 win), the club where had previously trained, Aurélien Tchouameni showed the full extent of his talents. He had the most recoveries in the match, with 8, and he also scored his first goal of the season in Ligue 1 and came close to getting a double, on a curling shot that crashed off the crossbar. It was a massive performance in his 60th appearance with the club, which earned him the match MVP, a place in L’Equipe’s  team of the 9th matchday the same in Mon Petit Gazon.

“We are very happy to have him with us at AS Monaco,” said Niko Kovac after the match. “He is becoming a real leader in this team as he showed today in midfield. (…) Bravo to him for his being called up for France. I’m going to speak with Didier (Deschamps), so that he doesn’t make him play too much (smiles).” Bravo Aurélien!