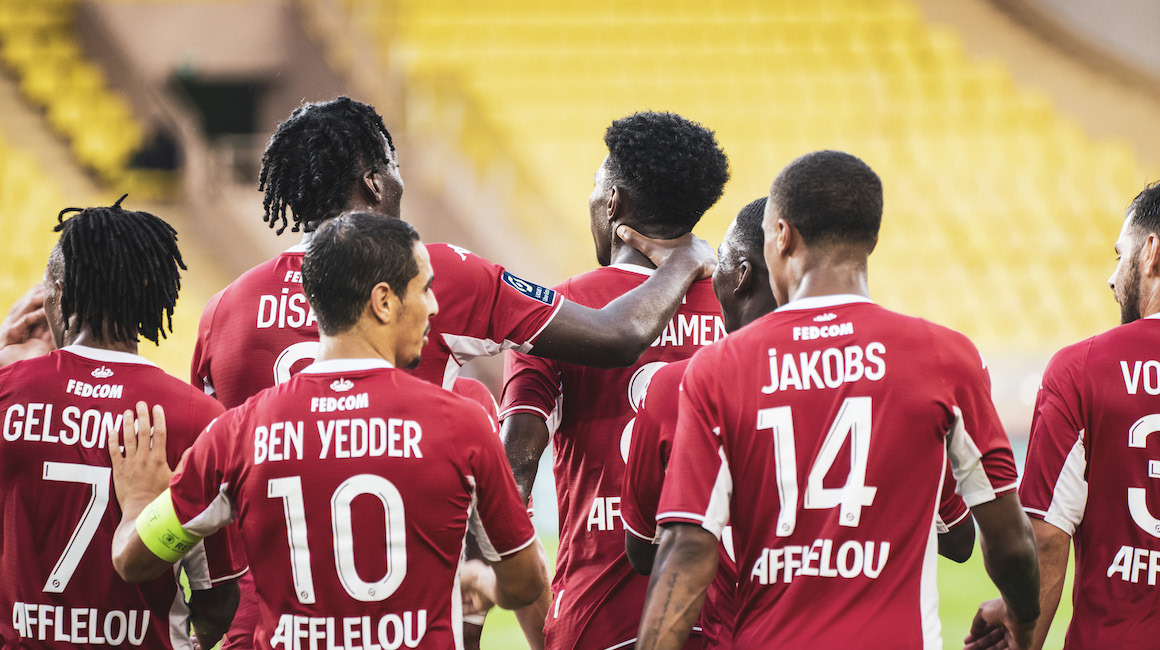 Mission accomplished for AS Monaco. On a run of five consecutive matches without defeat in all competitions before kick-off against Bordeaux, the Rouge et Blanc kept up their momentum, winning 3-0 this Sunday, on the 9th matchday of Ligue 1. It’s a result which allows them to climb provisionally into 6th place in the table.

Playing a 4-4-2, with Ruben Aguilar and Ismail Jakobs in as fullbacks and a return for “Yedderland” in attack, Niko Kovac’s men took a little time to settle into the match but were saved by Guillermo Maripán, who cleared and attempt by Timothée Pembélé off the line.

It was the only moment of worry in the first half, which the Rouge et Blanc would come to dominate more and more. In the 34th minute, on a free kick from Aleksandr Golovin, Aurélien Tchouameni managed a to get a shot on target at the far post and opened the scoring. It was his second goal of the season, and his first in Ligue 1, which he celebrated with restraint out of respect for his former club.

As soon as they got back from the locker room, the Monegasques put their foot on the gas and immediately struck again. Perfectly played in by Wissam Ben Yedder, Aleksandr Golovin beat Benoît Costil with a clever toe poke (48′). Without the crossbar intervening on a curling shot from Aurélien Tchouameni (51′), the lead would have even been even bigger, but we didn’t have to wait long for it to happen.

On in place of “Golo”, Sofiane Diop drew a penalty which Wissam Ben Yedder converted (63′). The Monegasque captain sealed the result for his team and confirmed his excellent form, which has earned him a call-up for the French team, with a 5th goal in his last 4 Ligue 1 games.

Full of confidence before the break

Now it’s time for the international break, with several Monegasques involved, before getting back into action with a big match, as the Rouge et Blanc will travel to Lyon on Saturday October 16 (9 p.m.) for the 10th round of Ligue 1, and then away to PSV Eindhoven the following Thursday for the third match of the group stage of the Europa League.