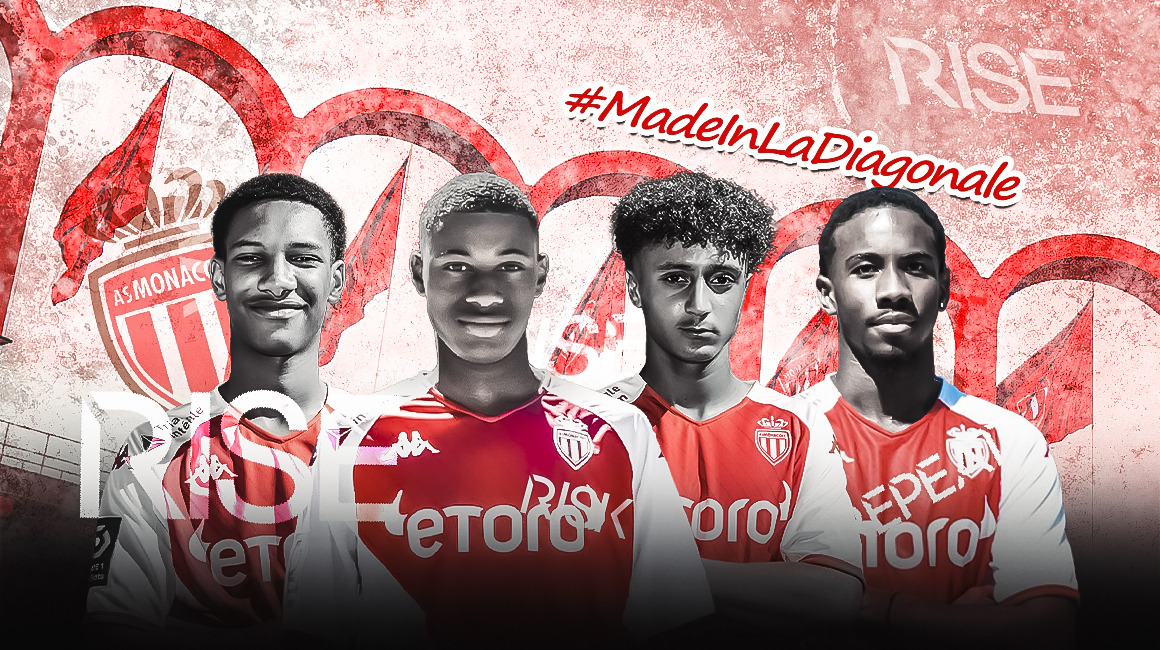 Ruben Aguilar extends his contract until 2025

Eliesse Ben Seghir, Edan Diop and Malamine Efekele were all members of the U19 squad last season and played an active role in the excellent season that saw Frédéric Barilaro’s squad reach the final of the French U19 championship.

First minutes with professional team during the pre-season

Competitive, attentive and having demonstrated a real taste for work since their arrival at the Club, the three players “made in La Diagonale” played their first minutes with the professional team during the 2022/2023 pre-season friendly matches.

This summer, Jordan Semedo Varela, a member of the reserve team last season, played for the French national team at the Euro 19. Together with Yann Lienard, the left-back played an active role in the French team’s run to the semi-finals. 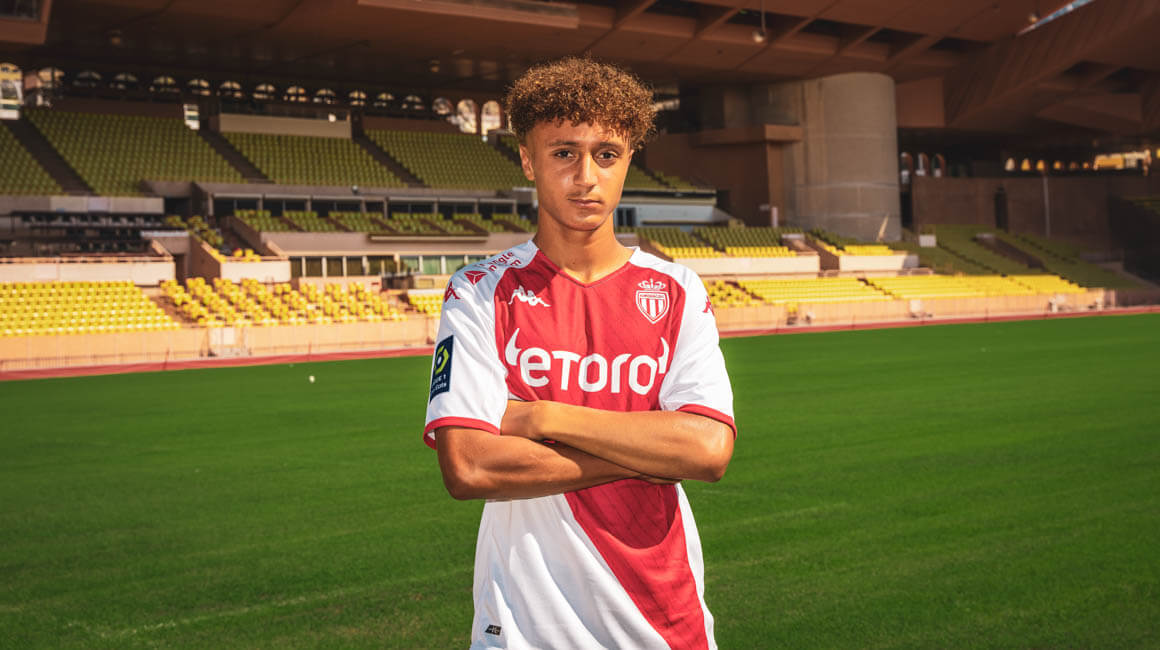 Born in 2005 in Gassin in the Var, Eliesse Ben Seghir (17) joined the Academy in 2020 after having played for SC Cogolin and EFC Fréjus. This modern attacking midfielder relies on a technical ease coupled with a certain intelligence of play, as well as an excellent physical condition.

All these qualities give this French U17 international, who scored 13 goals with the U19s last season, the basis to assert himself as a complete player. During the preseason, Eliesse Ben Seghir played his first two games with the pros during the double opposition against Porto (22 and 23 July). 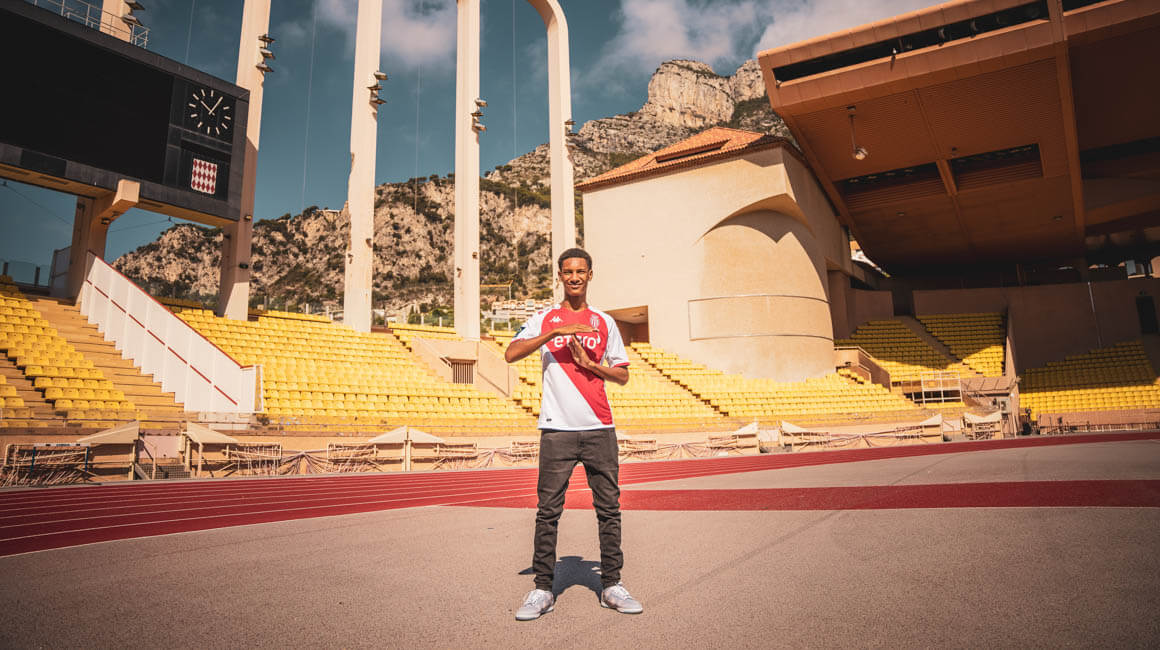 Edan Diop (17), born in 2004 (younger brother of a certain Sofiane), is a recent graduate and plays as a holding midfielder. The native of Tours, who has been wearing the Red & White shirt since 2019, has all the skills of a modern box-to-box player. Untiring, present in both penalty areas and skilled in recovery, he also knows how to score goals, as evidenced by his double against Paris SG in the French championship ½ final (7 goals in total in 2021/2022).

Called up for the duel against Inter Milan, Edan Diop also recorded his first minutes of play with the professionals during the Red & White’s trip to Portugal (22 July, against the reserve team of Porto). 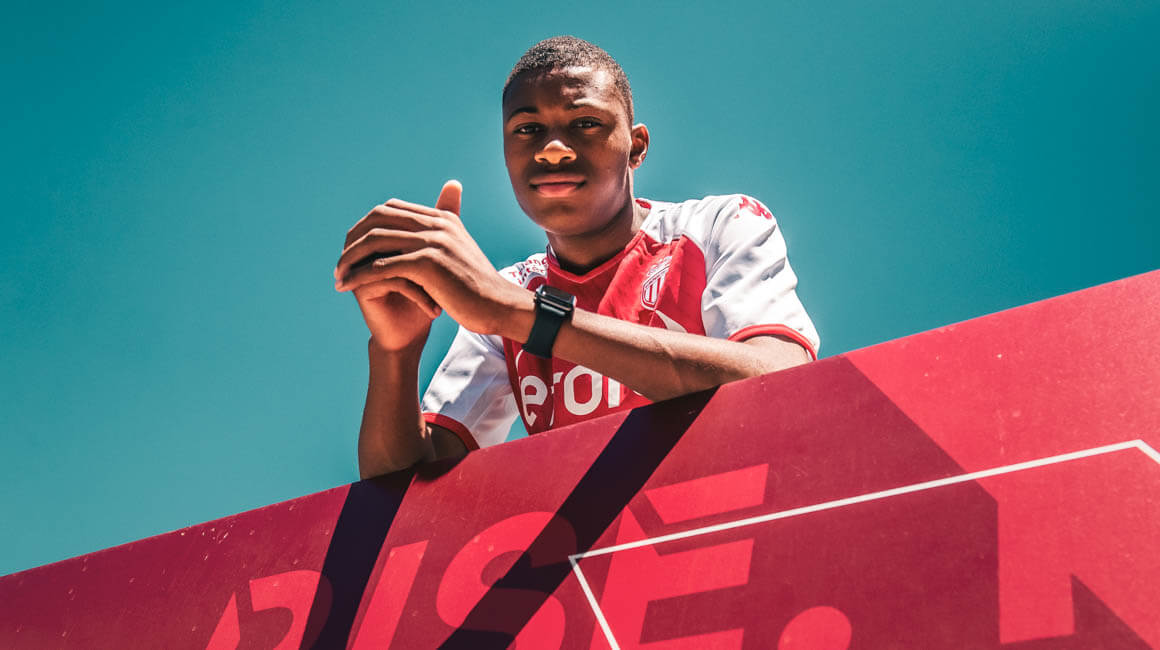 Malamine Efekele, who also arrived in the Principality in 2019 and is a product of the 2004 generation, is a lively striker who can play on one side or in the center of the attacking line and who knows how to take advantage of the space available. Born in Livry-Gargan in Seine-Saint-Denis, Malamine Efekele, like Kylian Mbappé, went on to play for AS Bondy and finished as top scorer for the U19s last season (17 goals). Naturally driven by the desire to score, he is nonetheless deeply altruistic.

As a sign of his constant progress, while he obtained his baccalaureate at the beginning of July and celebrated his 18th birthday, the young striker took part in the summer preparation with the professional group and took part in 4 matches (against Cercle Bruges on 25 June, Saint-Gall on 29 June, Austria Vienna on 6 July and Porto B on 22 July). 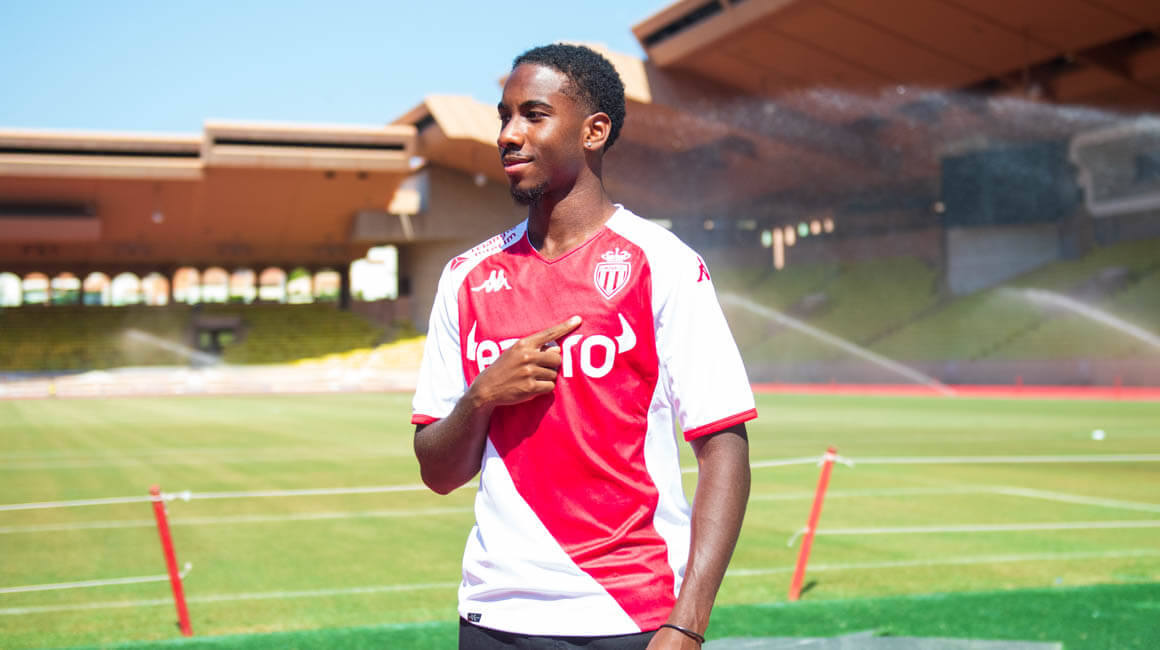 A left-back capable of playing as a piston in a 3-5-2 formation, Jordan Semedo Varela (19), born in Nice in 2003, joined AS Monaco from Cavigal in 2019. Technical, fast and good crosser, he gradually established himself as a key player in the N2 group last season and his performances opened the doors to the French U19 team where he is regularly called up (11 caps).

Enthusiastic and involved, knowing how to stay calm and react positively to adversity, Jordan Semedo Varela played in the Euro U19 this summer and was a starter in 3 of the 4 games for Les Bleus.

The Academy in AS Monaco DNA

With these new signings, AS Monaco confirms that training is at the heart of its DNA and reaffirms its desire to do everything possible to encourage the development of its young players.

The development of our Academy talent is an essential part of the Club's sporting project. This is why we do everything possible to ensure that our young players work in the best possible conditions and thus enable them to progress to the highest level.
Paul Mitchell

This season, seven players from the Academy played their first minutes with the pros during the pre-season: Mohamed ‘Mala’ Bamba, Mamadou Coulibaly, Yann Liénard, Enzo Couto, Edan Diop, Eliesse Ben Seghir and Malamine Efekele. A few weeks ago, when the French Football Federation published its traditional ranking of training centers, it confirmed the place of the Red & White Academy among the Top 5 professional clubs in Ligue 1 and Ligue 2.

AS Monaco wishes Eliesse, Edan, Malamine and Jordan, very success under the red and white jersey! 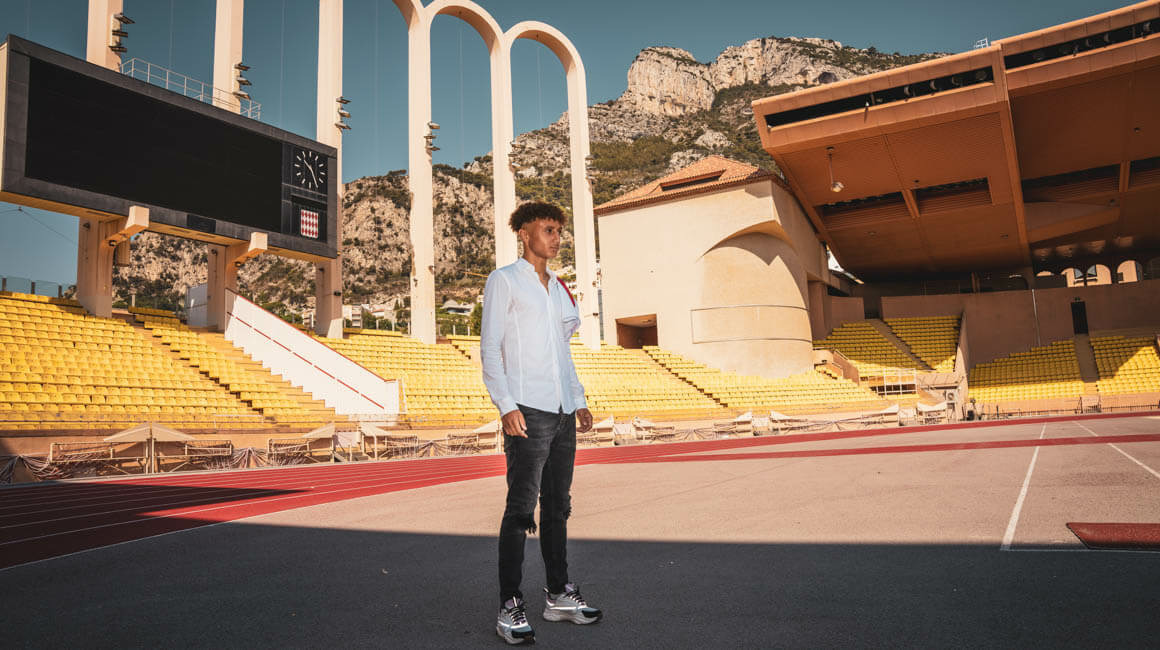 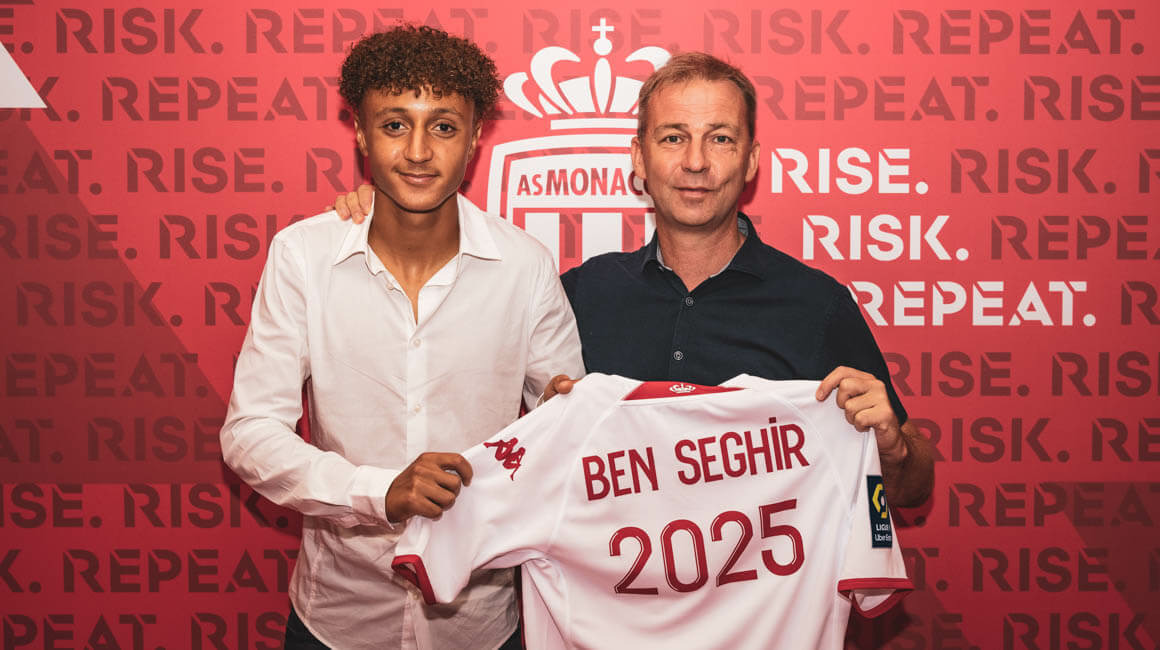 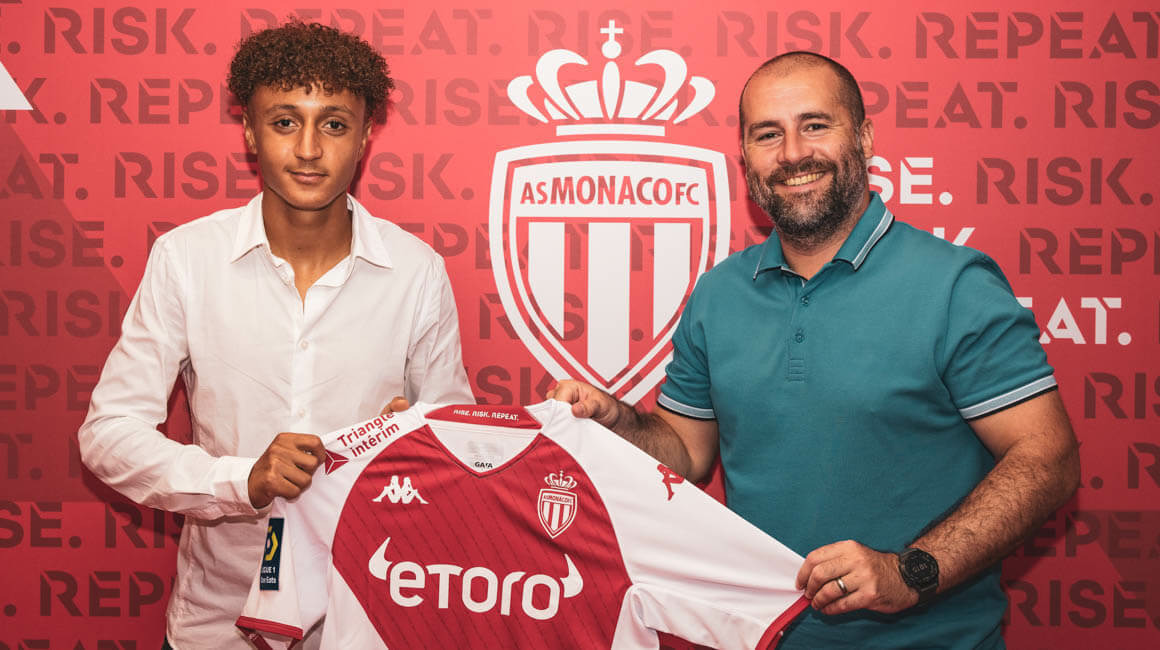 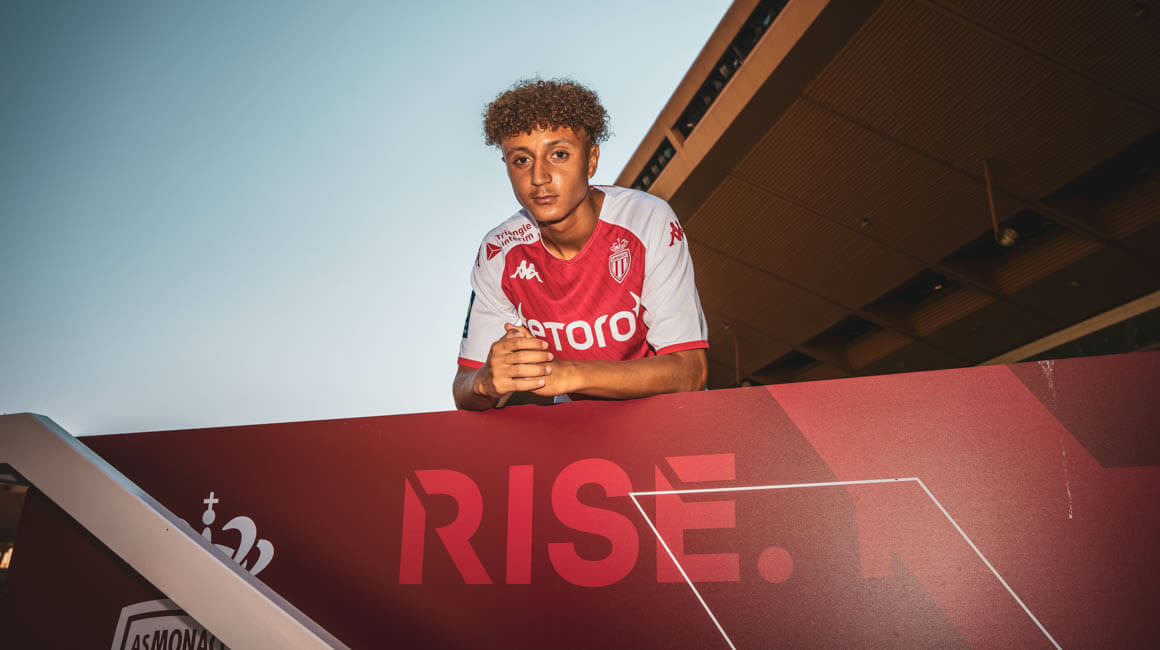 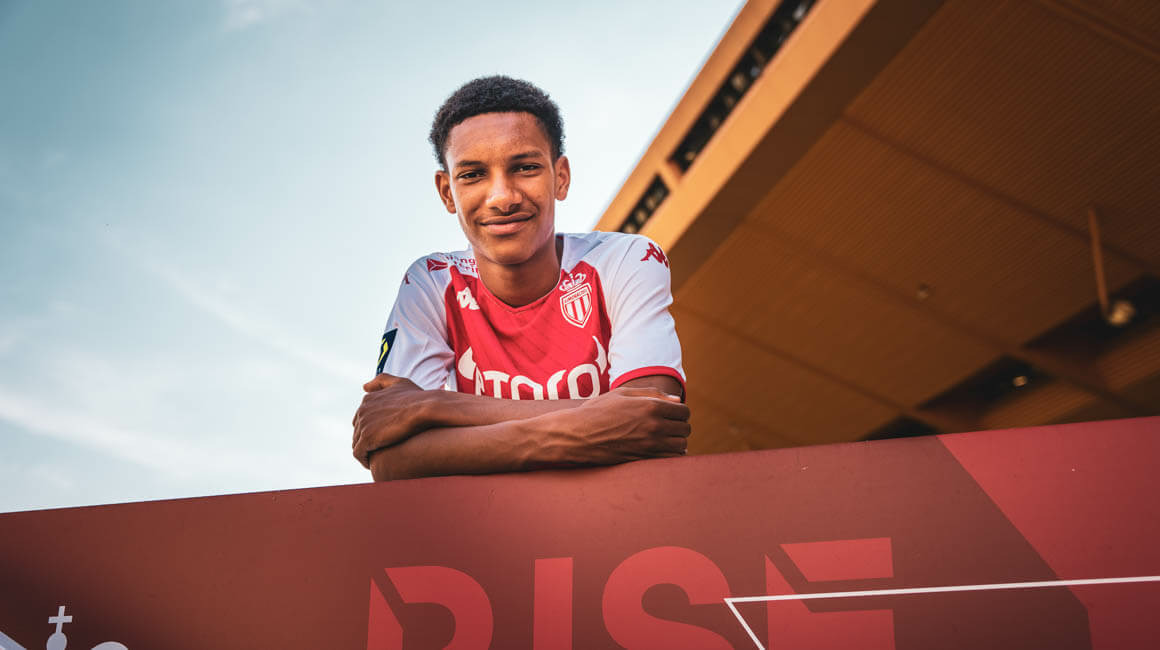 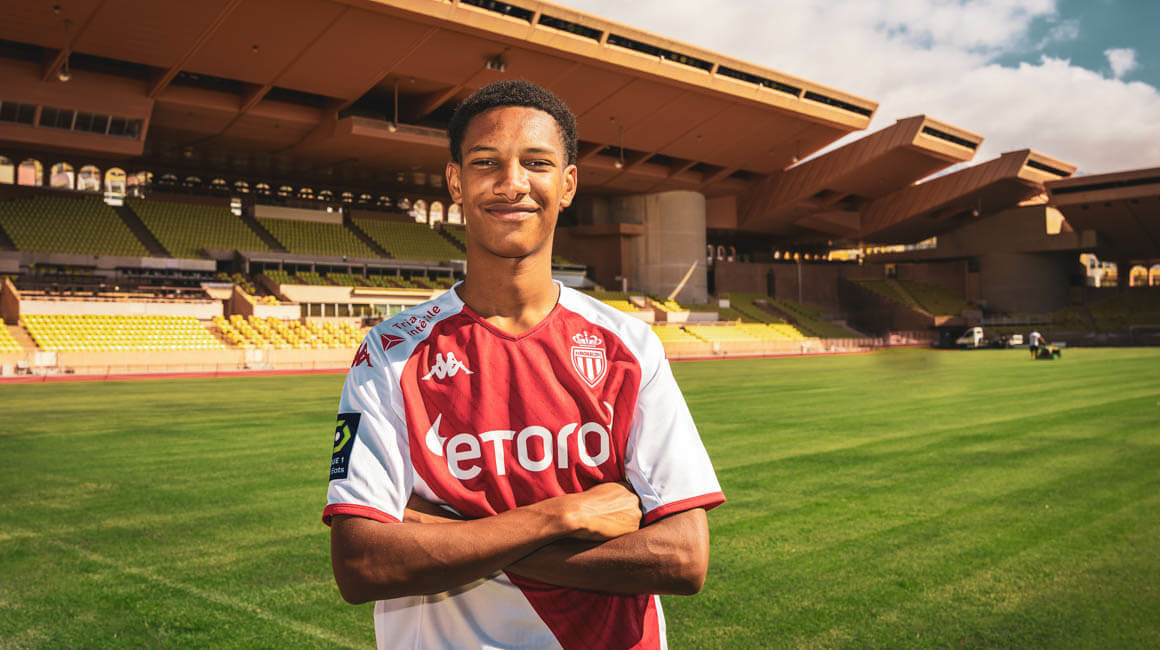 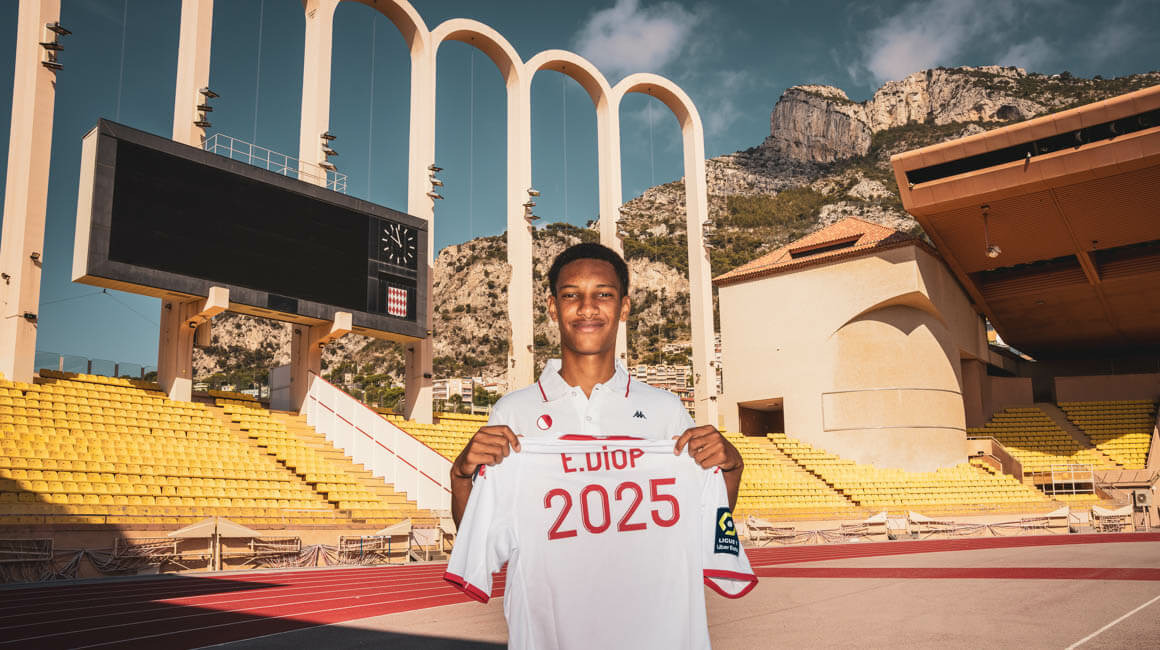 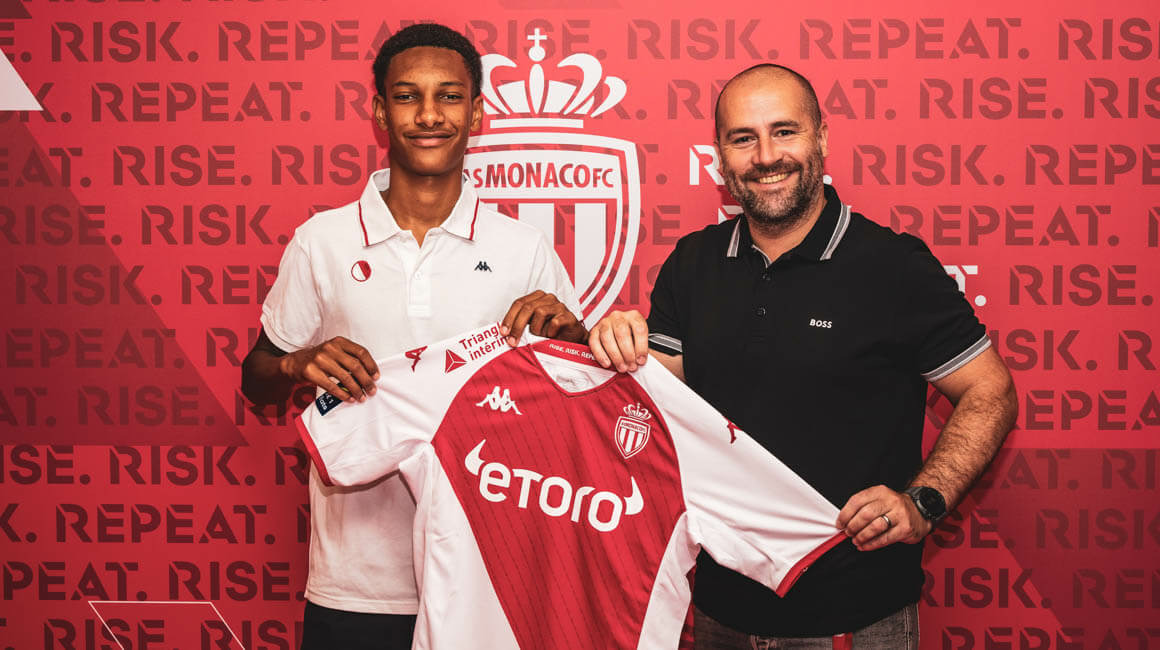 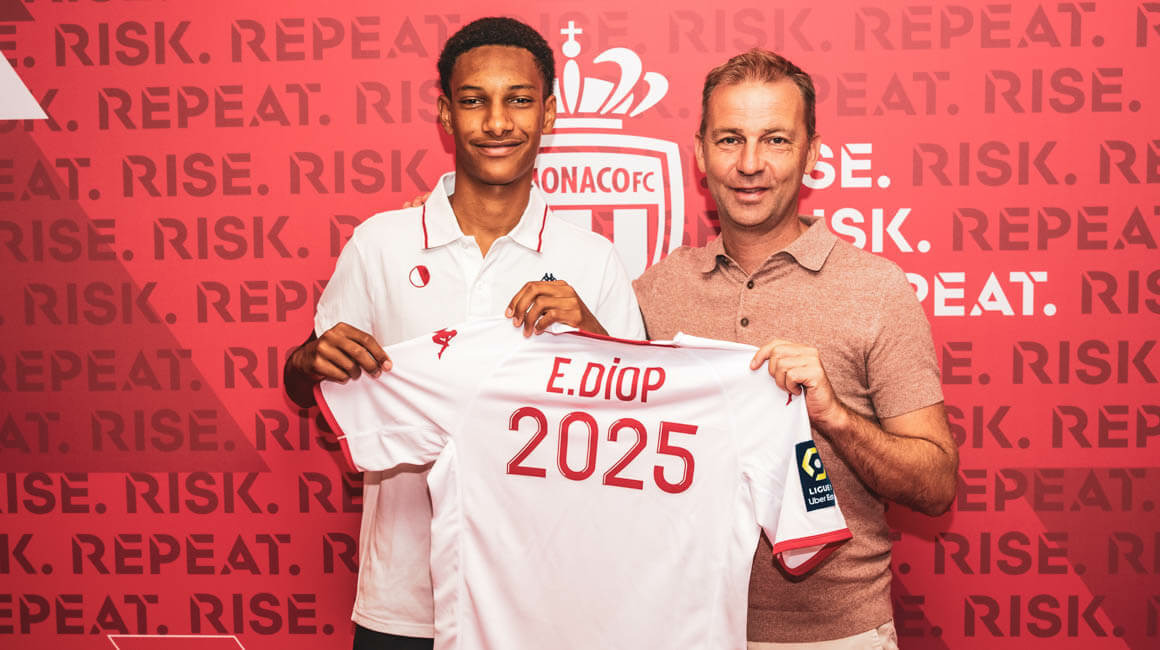 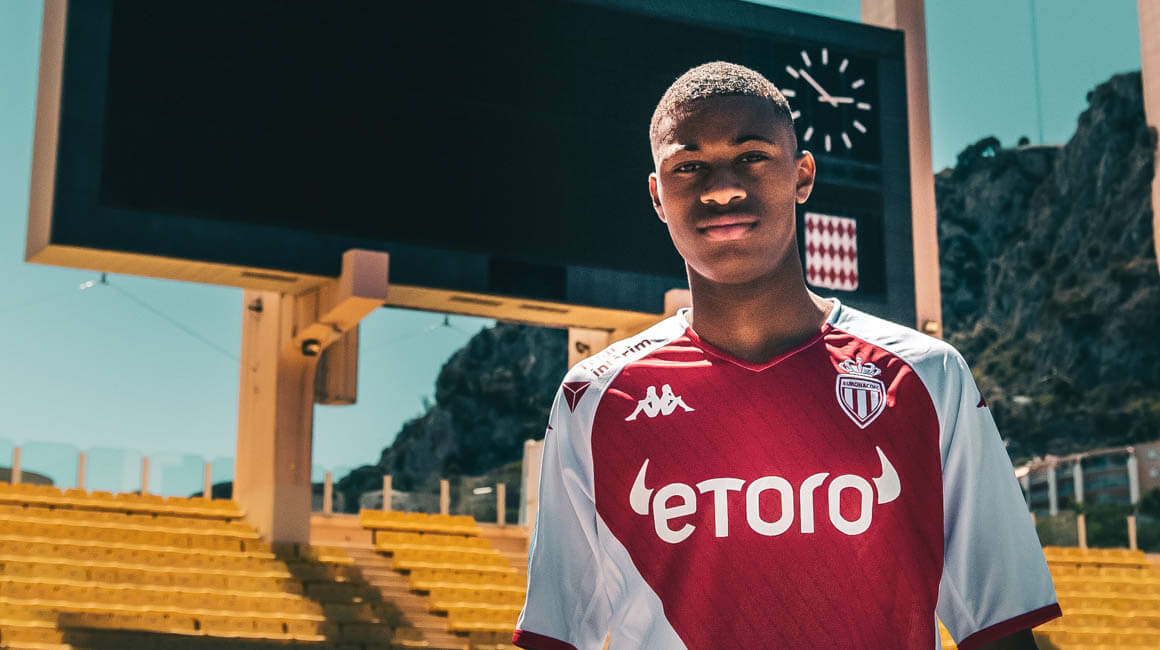 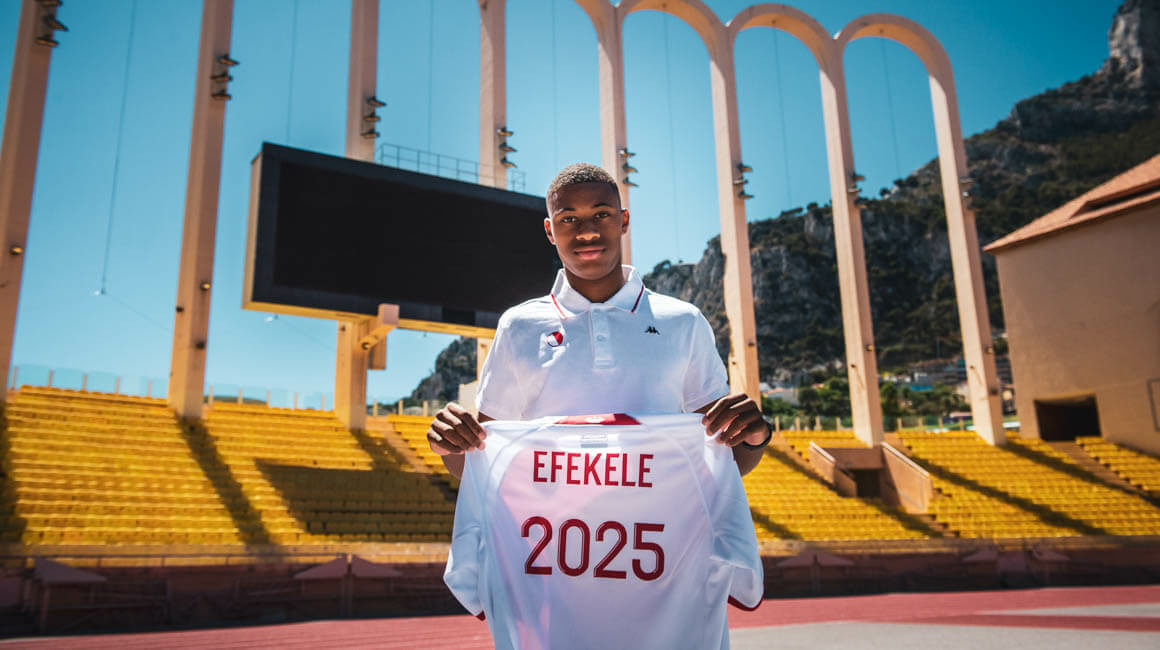 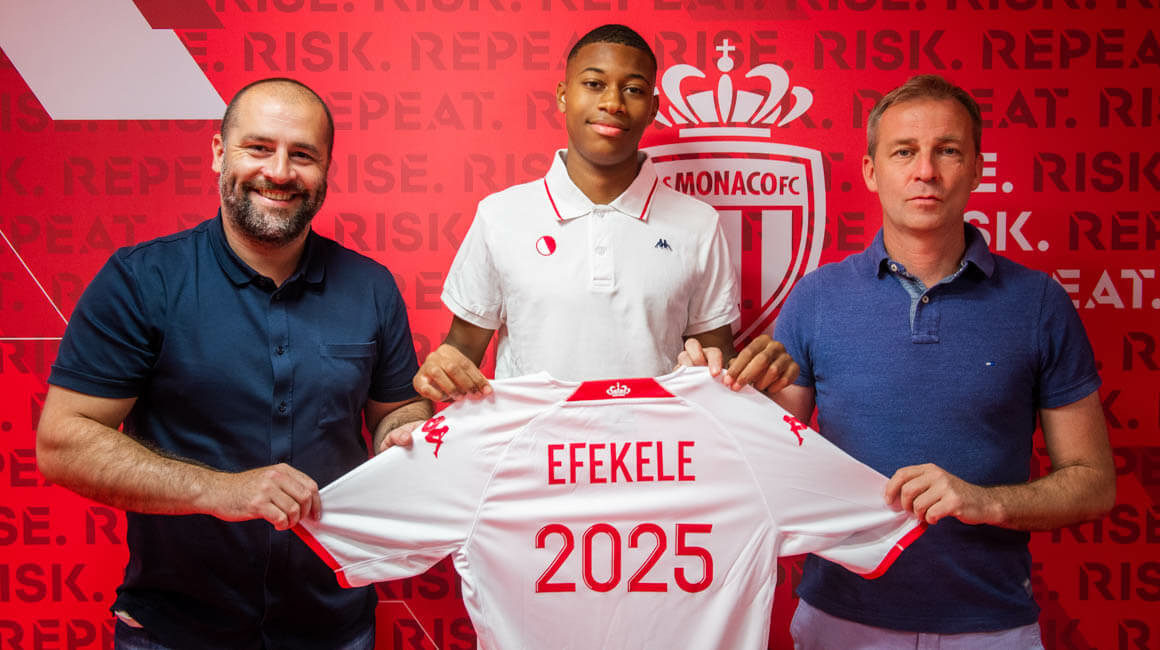 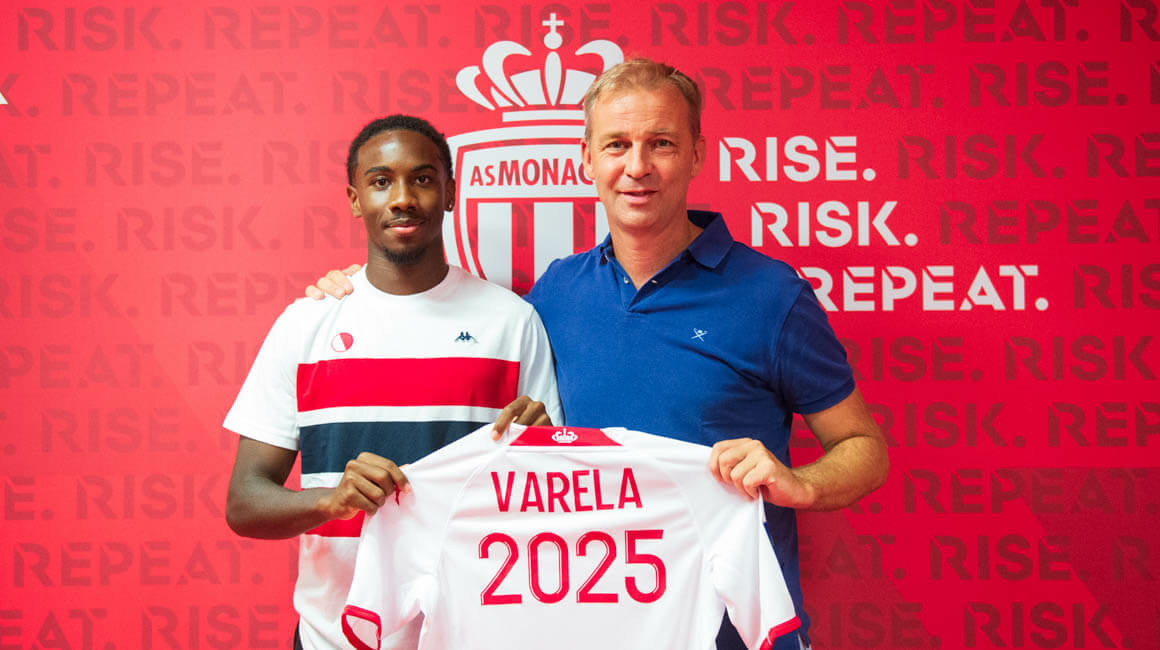 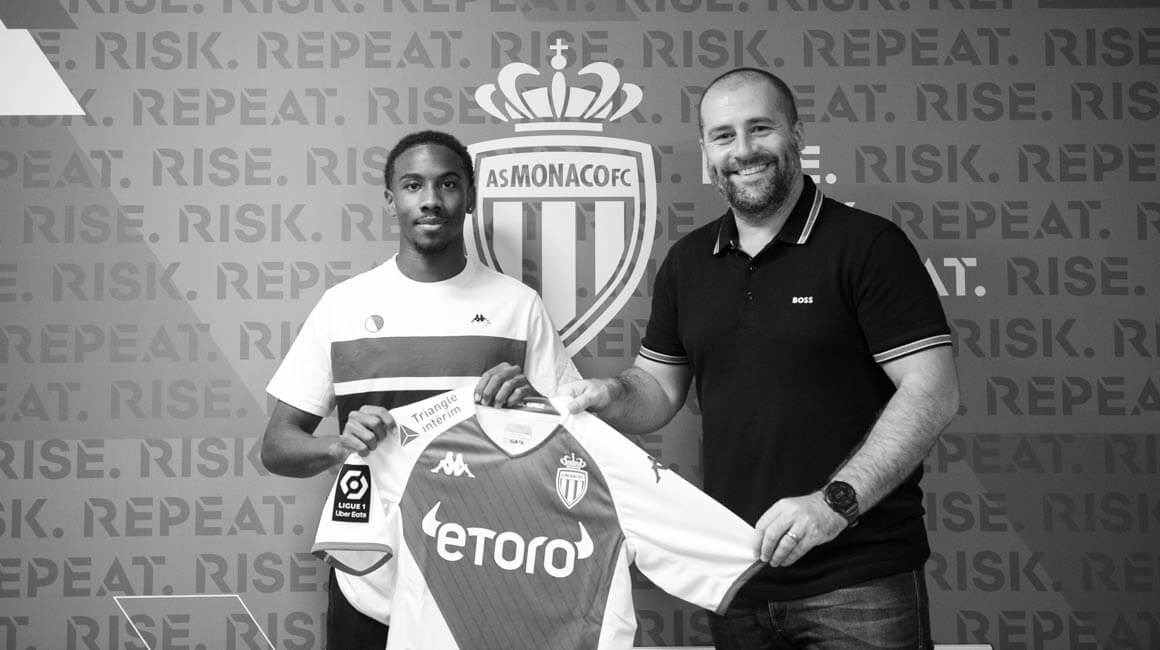 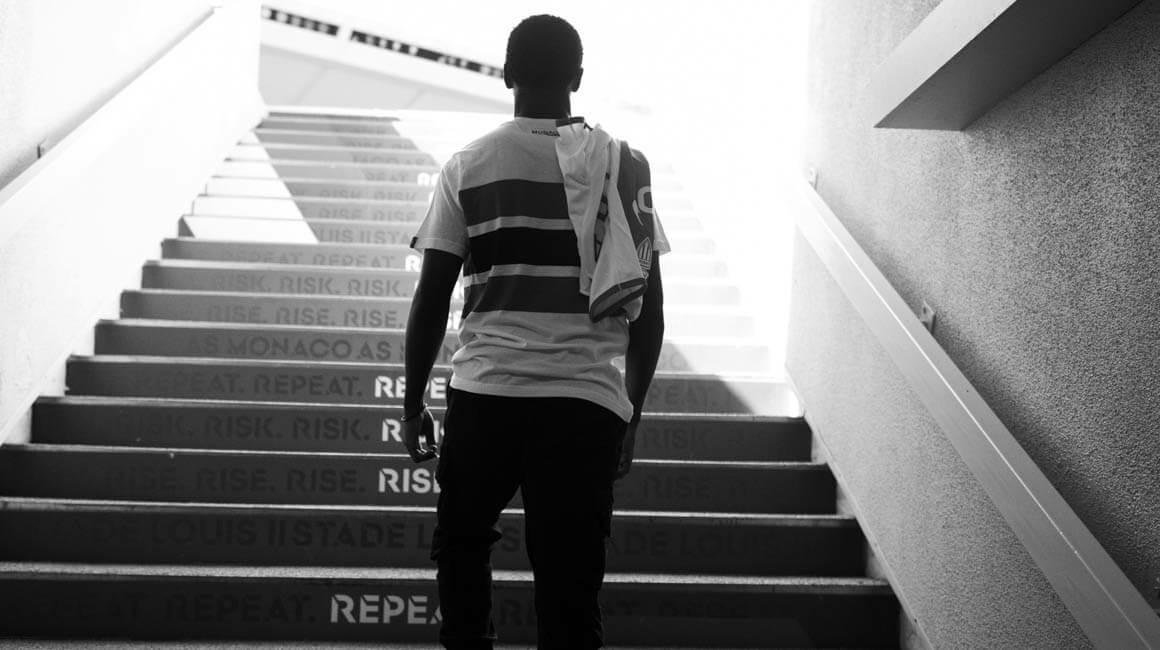 > Paul Mitchell, Sports Director
“The development of our Academy talent is an essential part of the Club’s sporting project. This is why we do everything possible to ensure that our young players work in the best possible conditions and thus enable them to progress to the highest level. Congratulations to Eliesse, Edan, Malamine and Jordan for the path they have taken so far. It is now up to them to continue their efforts to reach their full potential.”

> Pascal de Maesschalck, Director of  Youth Development
“With the signing of their first professional contract, Eliesse, Edan, Malamine and Jordan are rewarded for the efforts they have made since their arrival at the Academy. This is an important step in their young career, but it should not be the last. That’s why we encourage them to keep working hard to reach new levels and reach the best possible level.”