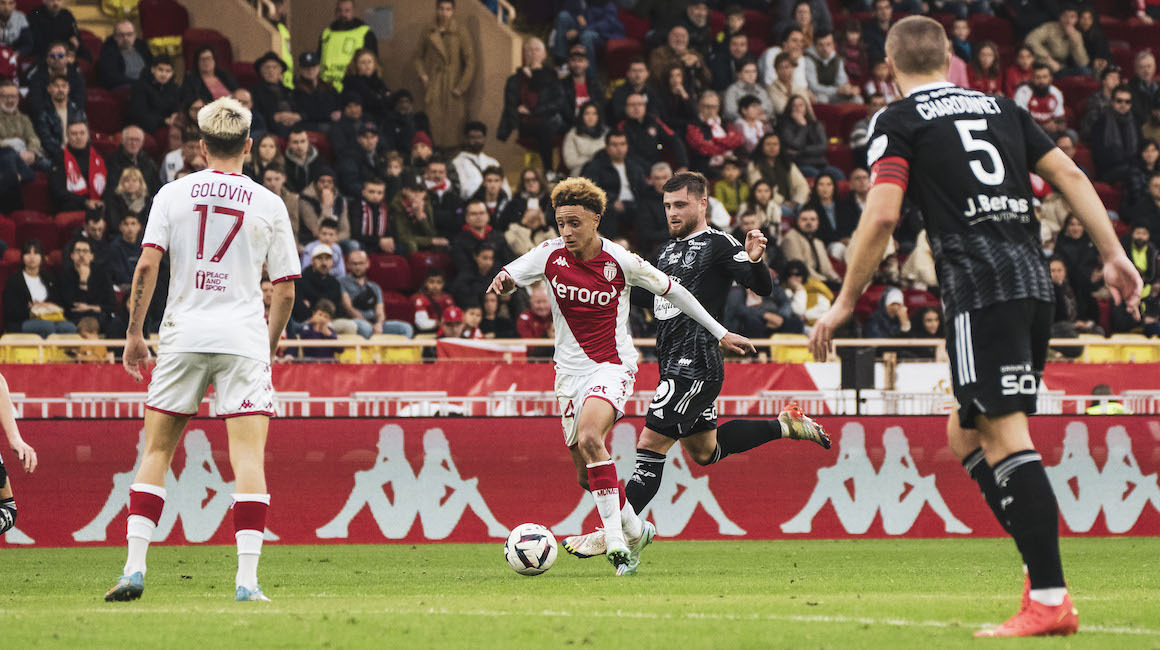 AS Monaco begins 2023 with a precious win against Brest!

Axel Disasi: "We continue our march forward thanks to this win"
By winning for the second time in a row since the resumption of Ligue 1, against Stade Brestois 29 (1-0), AS Monaco have put pressure on the leading teams. Here's a look back at the key stats from this tenth win of the season in the league, thanks to our partner Opta.

They’ve come back strong! After a gritty win away to Auxerre (2-3) in the return of the French top flight last Wednesday, Philippe Clement’s players confirmed their good form against Brest. By defeating the Bretons (1-0), on the first of the year at the Stade Louis-II, the Rouge et Blanc put pressure on the leading teams. It’s an impression validated by the key statistics of the meeting, provided to us by our partner Opta. 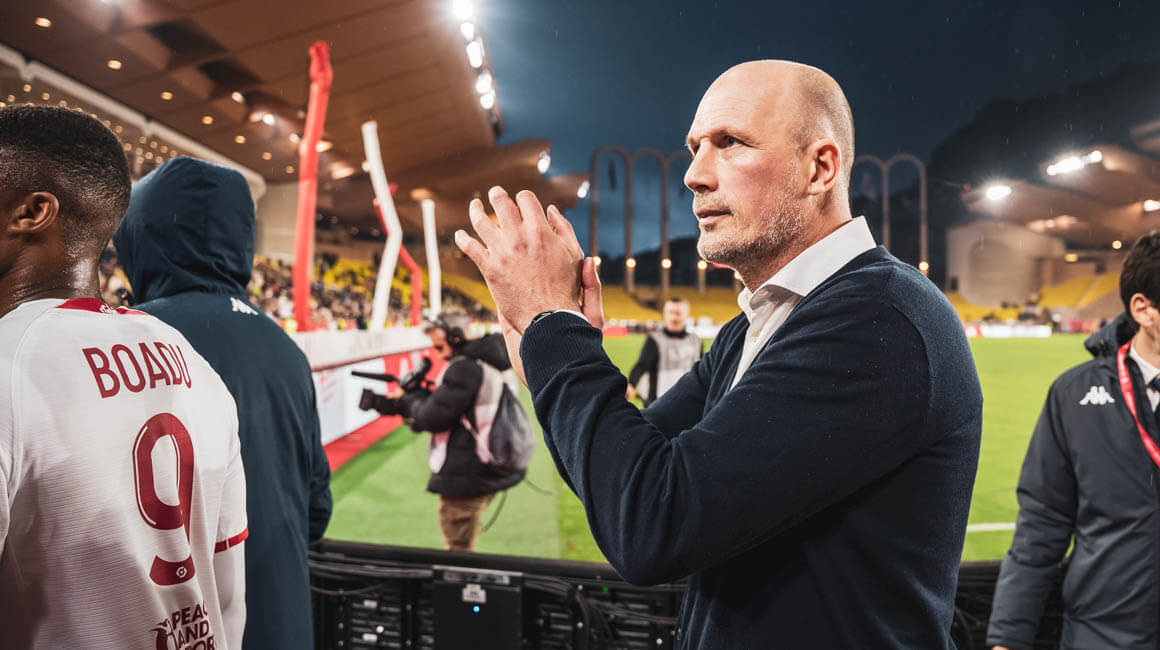 AS Monaco have won nine of their 12 Ligue 1 games since early September 2022 (one draw, two losses). Only Paris Saint-Germain have done better over this period (10 before their defeat at Lens on Sunday evening). Here’s hoping it lasts!

The Principality club have won seven of their last nine league games played in January (1 draw, 1 loss), having won none of their previous eight such matches (4 draws, 4 losses). #Restart

The confrontation between the Rouge et Blanc and Stade Brestois saw 37 fouls called. Only Marseille-Lille on September 10 and Marseille-Lens on October 22 (39 each) have seen more fouls committed in the same match in the top flight this season. Fighting spirit!

It is true that they pushed at the end of the match, especially with their substitutes. We managed to turn things around and keep our clean sheet. It shows that we can struggle together.
Axel DisasiAfter the match

A series which continues… ⚽

The teammates of Aleksandr Golovin, the game’s only goalscorer, have found the net in each of their last 27 Ligue 1 games (58 goals scored). This quite simply the longest current streak in the European Big 5 leagues. Solid 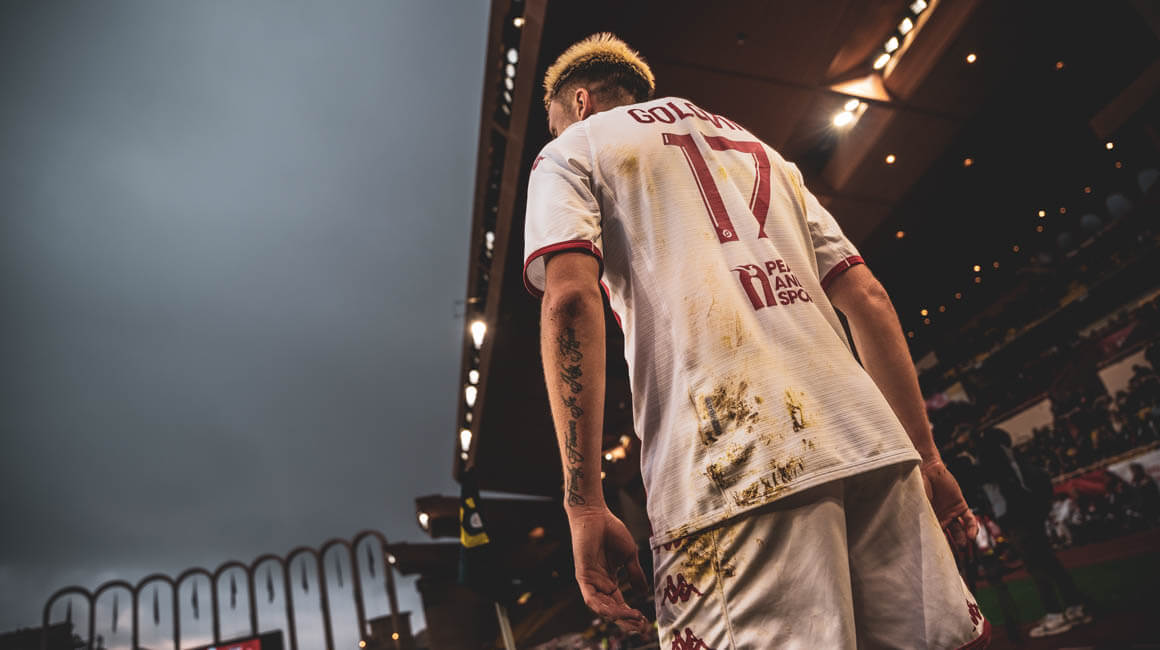 The Tsar has also scored a third of his Ligue 1 goals from outside the area (6/18). Of his four this season in the league, three have been from outside the box. Since January 2021, only Martin Terrier (7) and Kylian Mbappé (8) have scored more from distance than the Monaco winger. Quality!

A player in form 🖐️

Physically he is another player! He is also making better choices technically. We are working with him to be more decisive with set pieces and shots on goal.
Philippe ClementOn Aleksandr Golovin

Eliesse Ben Seghir suffered 6 fouls, the joint-highest total for an AS Monaco player in a Ligue 1 game this season, level with Breel Embolo against Rennes on August 13, 2022. The attacking midfielder trained at the Academy did not get on target any of his four attempts in this match, despite an expected goals rating of 0.58. His turn and shot would, however, have deserved to find the net… #MadeInLaDiagonale 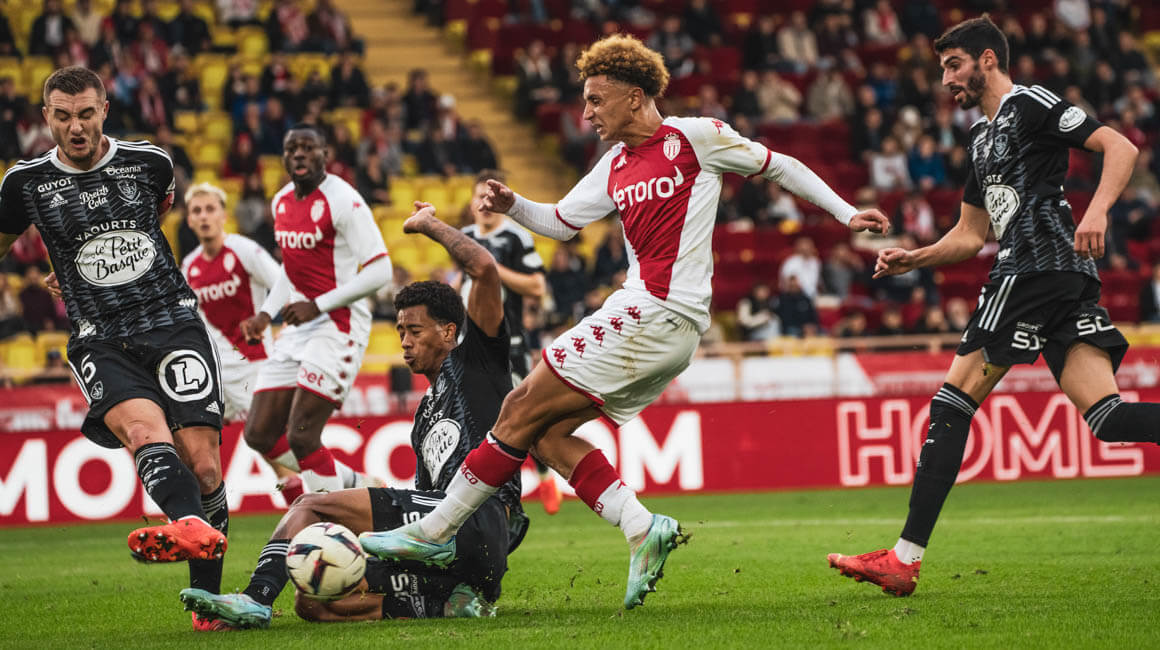 Ruben Aguilar and Guillermo Maripán both played their 110th match against the Bretons in La Diagonale on their shoulders. They are currently part of the “centenarians club”, along with Aleksandr Golovin (155), Wissam Ben Yedder (146), Benoît Badiashile (135), Gelson Martins (123), Youssouf Fofana (117), Caio Henrique (106 ), Axel Disasi (105) and Kevin Volland (103).