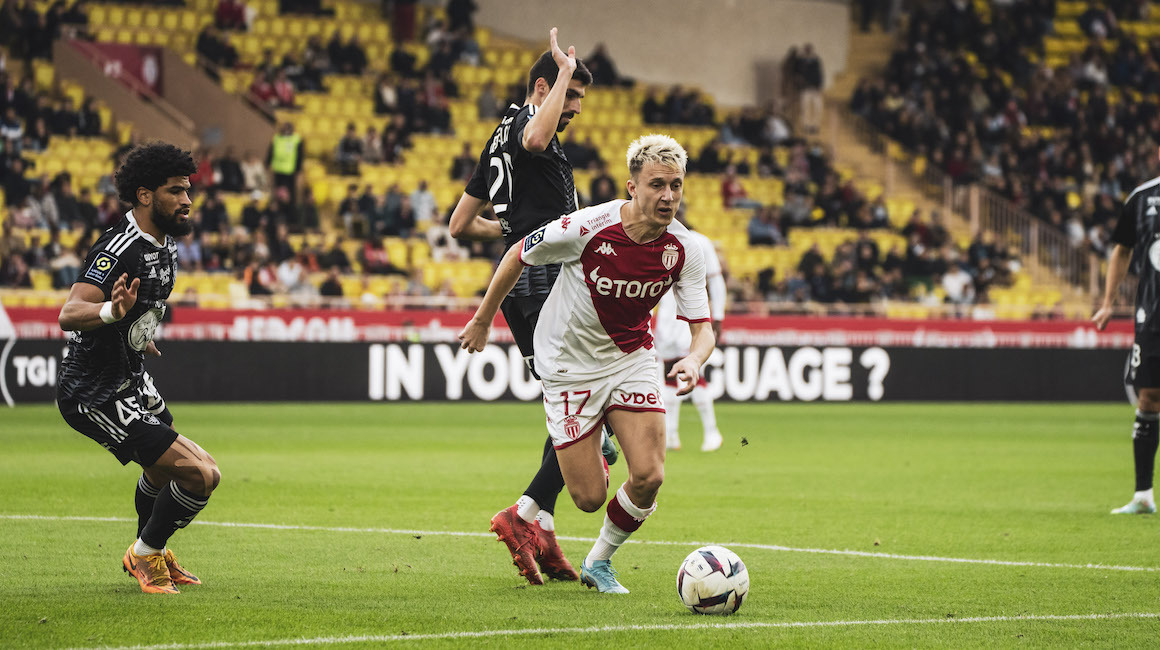 Dominant for a long time in the first half, the Rouge et Blanc made the difference on their return from the locker room to finally win, logically, against Stade Brestois 29 (1-0). It's the team's second win in two games since the break, and their first in 2023.

It’s two from two! The AS Monaco players recorded a second win in a row this Sunday to start off 2023 at the Stade Louis-II, overcoming a well-organized Brest team, 1-0. These three latest points allow the teammates of Aleksandr Golovin, who scored the match’s only goal, to put pressure on the leading teams. 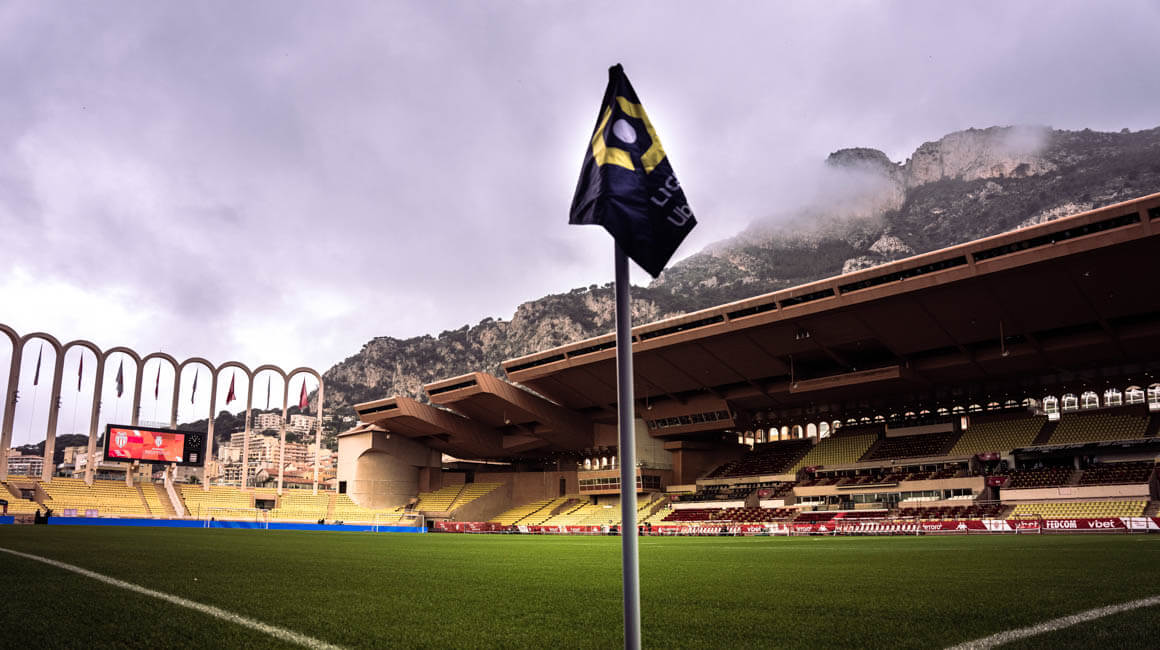 On January 1 and for the first time in the 21st century, the Rouge et Blanc celebrated their return to competition at the Stade Louis-II with an unprecedented “Boxing day” against the Breton side, with free access for all supporters. Four days after a win away to Auxerre (2-3), the teammates of Eliesse Ben Seghir, scorer of a double in Burgundy, were back in action.

And for this first match of 2023 in the Principality, Philippe Clement also decided to start the young attacking midfielder trained at the Academy in support of Breel Embolo. Elsewhere, the two Word vice-champions, Axel Disasi and Youssouf Fofana, made their comeback to the starting XI, as well as Caio Henrique, who became a father for the first time this week.

Against Lyon, Brest conceded four goals but in terms of the number of shots, it was level. They have a lot of attacking quality and they are a very strong team with crosses because their attackers are very good in this area. The wingers have a lot of speed in transition.
Philippe ClementIn a pre-match press conference

AS Monaco started very strongly in front of a crowded Stade Louis-II, with a first chance coming for for Breel Embolo (3′). But it was Mohamed Camara who would thrill the gathered fans, with a powerful shot which hit the left post of Marco Bizot (12′). Shortly thereafter, a curling shot from Aleksandr Golovin was just past the frame of the goal (15′). The rhythm then dropped, before Eliesse Ben Seghir and Krépin Diatta livened up the last quarter of an hour of the first half. 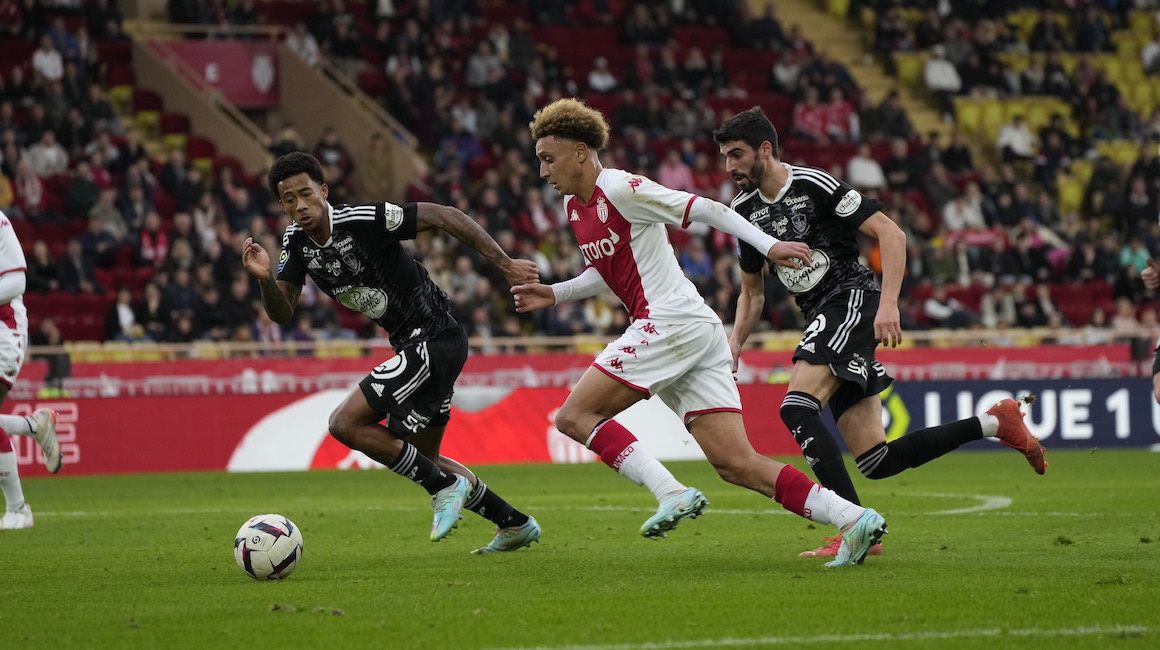 The number 44 first impressed from 20 meters and then came close on another superb sequence (30′, 43′). For his part, the Senegalese international was dangerous in the air, at the near post and then from a free kick (32′, 36′ and 43′). The clear domination on the part of the Rouge et Blanc was unfortunately not rewarded before the break.

A moment of genius from Golo

The second period started slowly, before the Tsar lit up the Monegasque afternoon with a sublime turn followed by a great shot into the opposite corner (1-0, 54′). Masterful! It was a fourth goal in Ligue 1 for Golo’, who finally broke the deadlock. Then it was Alexander Nübel‘s turn to be decisive, denying Jérémy Le Douaron, on a powerful header (58′) and then on a one-on-one in the box (82’).

The German goalkeeper was once again invaluable in blocking Steve Mounié’s header (85′), then in capturing Noah Fadiga’s attempt from afar (91′). A final shiver went through the Fontvieille stand on a late free kick from Franck Honorat (94′). The score remained 1-0, though and the Rouge et Blanc had all three points. 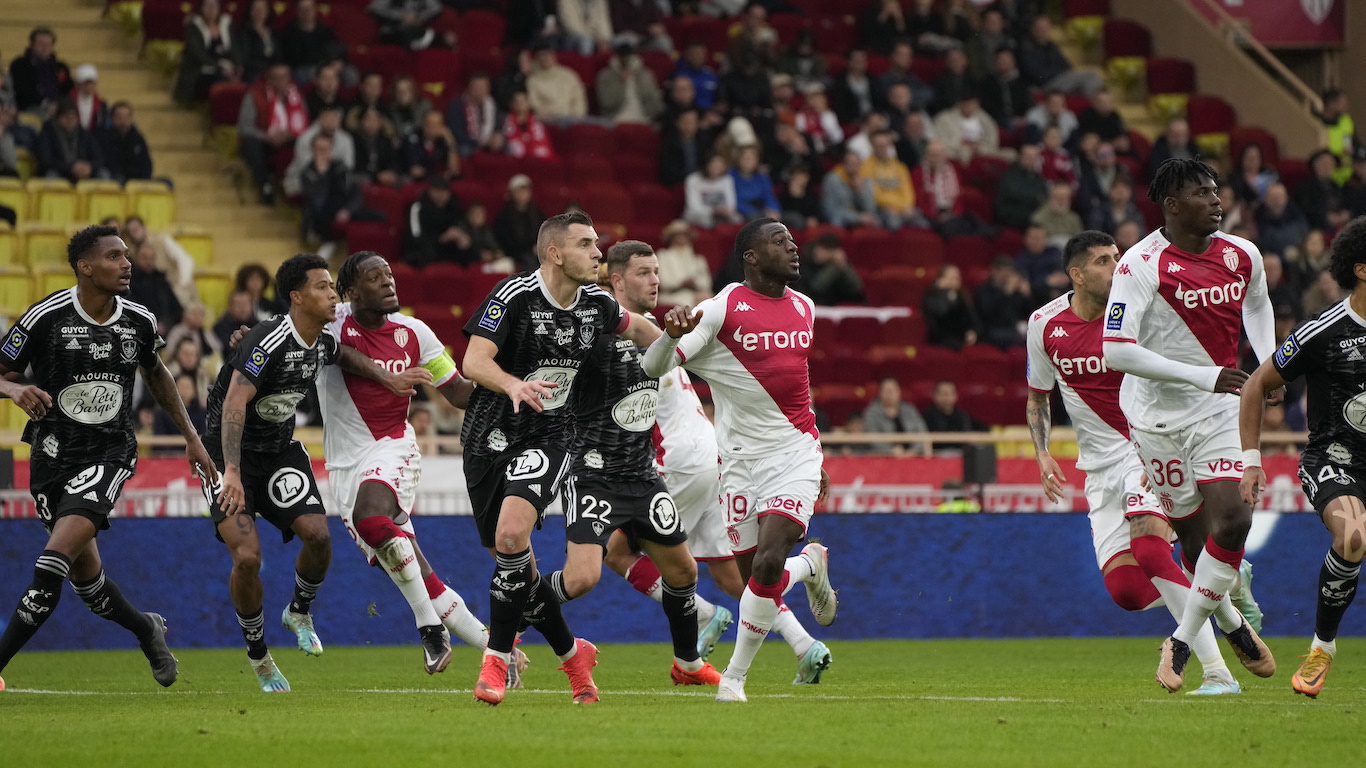 12′: A powerful shot by from Camara 20 meters comes off the post
15′: Golovin’s curling effort close to the post
32′: A point-blank header from Diatta is kept out by Bizot
36′: A header from Diatta at the near post is blocked by Bizot
54′: Golovin finds the top corner to give AS Monaco the lead
58′: A save from Nübel keeps out a spiked header by Le Douaron
82′ Nübel stops a Le Douaron strike
85′: Nübel keeps out a header by Mounié
91′: Fadiga’s strike is gathered by Nübel

Scorer of the game’s only goal, Aleksandr Golovin has now been involved in five goals (3 goals and 2 assists), in his last five Ligue 1 matches, including three from outside the penalty area. After scoring brilliant curling goals against Angers and Toulouse, the Tsar, MVP of the month of November, found the top corner again – simply unstoppable!