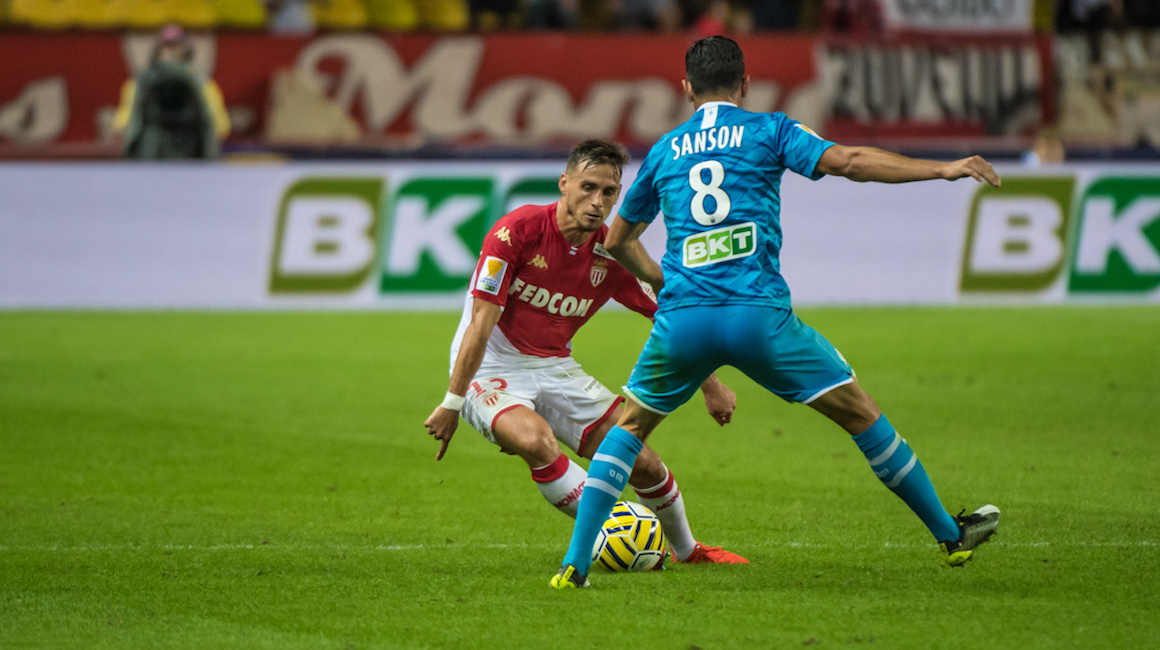 Niko Kovac: "Marseille is one of the best teams in France"

Kevin Volland: "It's good to be able to play in two different systems"
After going to Lille, AS Monaco will travel again this Saturday (5 p.m., Téléfoot) to face Olympique de Marseille, in great form in the league but eliminated from the Champions League.

They’ve had their difficulties on the European scene, of course, culminating in elimination from all continental competition last Wednesday. But in the league, the situation is vastly different: Olympique de Marseille have a series of fine performances and will approach this match against AS Monaco with maximum confidence.

Bordeaux (3-1), Lorient (1-0), Strasbourg (1-0), Nantes (3-1) and Nîmes (2-0). The Olympians of André Villas-Boas are on a run of five straight league wins. Better still, they haven’t lost since September 17 (2-0 defeat against Saint-Etienne). Before this series of victories, the Phocéens had draws against Lille, Metz and Lyon, all finishing 1-1. Currently fourth in Ligue 1 on 24 points, the Marseillais have two games in hand (against Lens and Nice) which could propel them to the top of the standings if they win. Things are going well in the league, unlike in Europe. OM were eliminated from the Champions League and even the Europa League by finishing fourth and last in their group with only one win from six matches (against Olympiakos, in a group also comprised of Manchester City and FC Porto).

With Florian Thauvin but not Dimitri Payet

Top scorer (4 goals) and assist leader (5 assists) for Olympique de Marseille this season, Florian Thauvin has been one of the main offensive weapons for the Marseille club for several seasons, who will be deprived of Dimitri Payet tomorrow, as he is suspended. The players from the Rock will also have to be wary of one of their former teammates who plays today in Provence, Valère Germain. The player, who trained at the Academy has been involved in 3 of Marseille’s last 6 goals against AS Monaco in Ligue 1 (2 goals, 1 assist). It was only against Saint Etienne (6) that he has been more decisive than against his former club (4 goals, 1 assist). But AS Monaco will also have their own weapons, since Wissam Ben Yedder has never gone four games without scoring in Ligue 1 for the Red and Whites.

I know it can be said that not having played this week is an advantage over Marseille. But this team is one of the best in the league. They have only lost once in Ligue 1 this season, even if they have lacked success in the Champions League.
Niko KovacManager, AS Monaco

We have prepared well for this match this week in training and we want to win this game. We are undefeated at home but we have to work on our performances on the road. It’s an important match that awaits us in Marseille.
Kevin VollandAS Monaco Forward