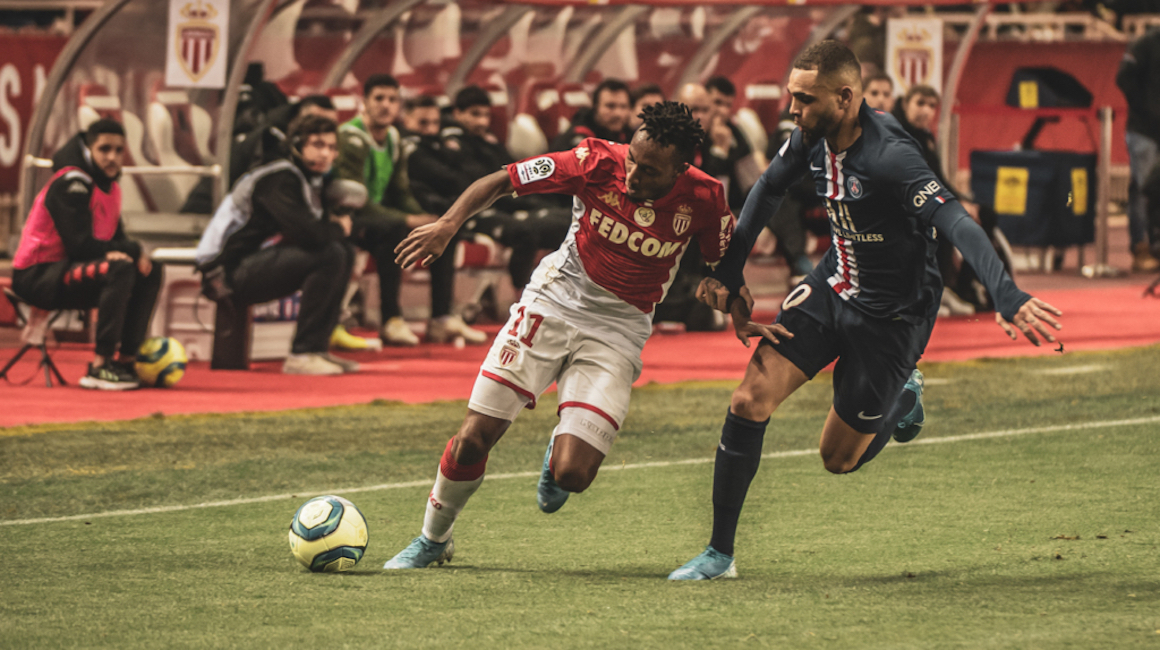 Axel Disasi: "I am ready to assume my new responsibilities"

Niko Kovac: "We will give everyth...rom the first to the last minute"
AS Monaco welcomes Paris Saint-Germain this Friday, November 20 -- the capital side are currently leading of the championship and third in their Champions League group.

Paris Saint-Germain arrive at Stade Louis-II as the league leaders. With 26 goals scored and only three conceded, the three-time defending champion has both the best attack and the best defense in Ligue 1 Uber Eats.

Two defeats against RC Lens then against Olympique de Marseille, then … eight consecutive wins, including seven without conceding a goal. To see Paris Saint-Germain’s nets tremble in the league, one has to go back to October 2, during a 6-1 victory for Thomas Tuchel’s men against Angers. Since then, the capital’s players have not conceded a goal in Ligue 1 and have scored at least three goals in each of the last five league games (only Nantes  have done better, between November and December 1978). In full flight, the Parisians have thus won each of their last four away trips without conceding a single goal, but they never managed to pass five in the top flight.

However, the situation is different if we look away from the league for a moment. In the Champions League, PSG lost when it started the competition against Manchester United (1-2) and then again on the third Matchday against RB Leipzig (1-2). Currently third in their group, the Parisians will host the German team on Tuesday evening on the fourth day of the competition, and will therefore be keen to prepare for this meeting in the best possible way against AS Monaco on Friday. Neymar or Angel Di Maria (49 goals each) also have new records in their sights, since they are only two goals away from joining Raï as the 10th top scorer in the history of PSG in the elite. If the Brazilian scores, he would become the third fastest player to reach 50 top flight goals in the past 70 seasons (57 appearances), behind Gunnar Andersson (53) and Josip Skoblar (54). The former Monégasque Kylian Mbappé, back from injury, has meanwhile been decisive on eleven Parisian goals (seven goals, four assists) this season, at least three more than any other player. And whether the Parisian striker is on the bench or starting, the danger remains the same: Kylian Mbappé has scored nine goals after coming on in Ligue 1 (in just 33 appearances from the bench), more than any other player currently in the league.

We saw yesterday that Kylian Mbappé played against Sweden and we should expect to face the best possible PSG team. We know that the Parisians have a very important game against Leipzig in the Champions League next week, but that doesn't change anything, we will have to be at 100%.
Niko KovacManager, AS Monaco

We are only at Matchday 11, so if we were to win against PSG that would be a good omen, for sure, even if it is very difficult to draw conclusions after only eleven days. First we will focus on having a good match against Paris and then we'll see.
Axel DisasiDefender, AS Monaco

AS Monaco – Paris Saint-Germain by the numbers…