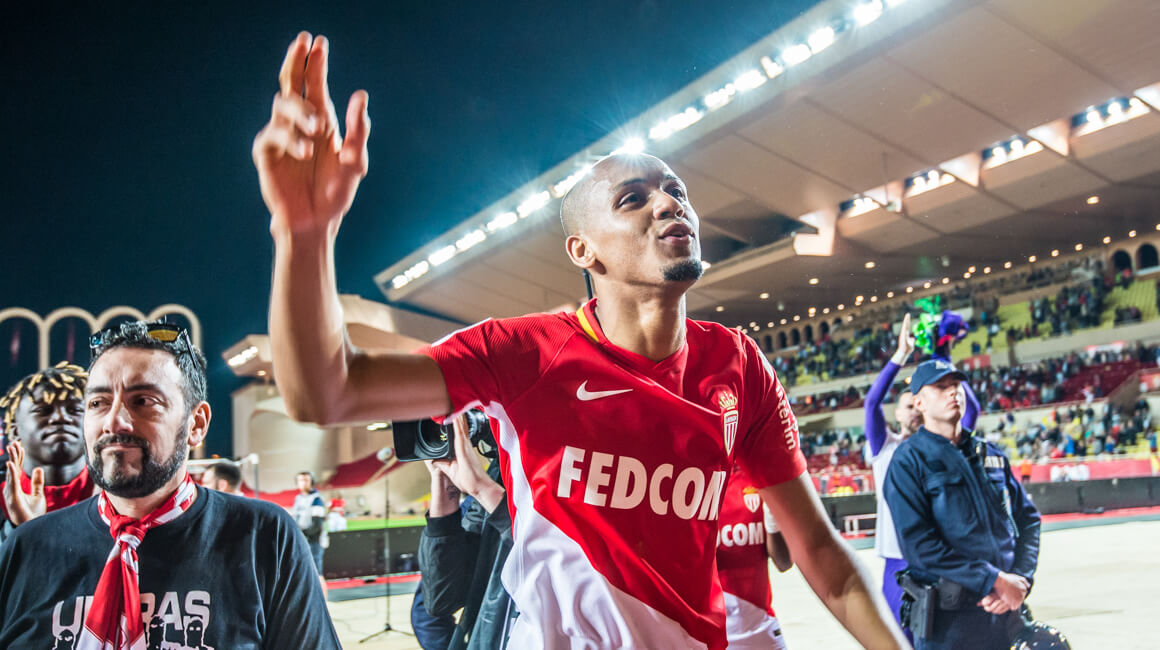 AS Monaco and the power of 1000
AS Monaco wish a happy birthday to their former Brazilian fullback and midfielder, who turns 27 today.

He is one of those who played a big role in becoming champion of France in 2017 and the Champions League run to the semifinal against Juventus. Arriving quietly in the Principality in the summer of 2013 from Rio Ave, after a spell with Real Madrid’s reserves, the 19-year-old, a full-back at the time, did not take long to make the right wing of the Monegasque defense his own. In his first season at the foot of the Rock, he played in 26 Ligue 1 matches and scored his first goal in the Coupe de France.

The breakthrough against Arsenal in the Champions League

But it is during the following season that he really delivered on expectations, as if to thank the club for having exercised the purchase option which was attached to his loan, convinced that he would become one of the mainstays of the squad in the years to come. He did more than that in 2014-2015, as he tried his hand at playing as a number six, with the urging of Leonardo Jardim, on the occasion of the Round of 16 match at Wembley against Arsenal. It was a winning bet since AS Monaco would win 3-1 to everyone’s surprise.

His influence on the team’s play was getting bigger and bigger and he was showing that he could also be a great defensive midfielder with an exceptional ability in the tackle and remarkable technical quality in building play. He even turned into the team’s preferred taker from the penalty spot, scoring six times in the top flight the following season. The breakout year for him would nevertheless be, like so many from this formidable generation, the year 2017. Accompanied by Tiémoué Bakayoko and Joao Moutinho alternately at the heart of the Red and White midfield, Fabinho took on a whole new dimension that season. He also enjoyed life in Monaco alongside his partner, Rebeca.

It was a perfect symbiosis that animated the group led by captain Radamel Falcao, who returned to the foot of the Rock in fine form, allowing AS Monaco to think big. He then beat Zlatan Ibrahimovic’s Paris Saint-Germain to the title of French champion in 2017. He then recorded his best total of goals in a season with nine goals in the league, twelve in all competitions. At the same time the Brazilian had a second epic run in the Champions League, where the club reached their semifinals against their bête noire, Juventus Turin.

Already having won their duel against the Red and Whites in 2015, thanks to some generous refereeing, the Old Lady thus put an end to a very beautiful story, which saw Fabinho and his teammates  knock off the great Manchester City of Pep Guardiola and Borussia Dortmund. At the end of this exceptional season, and while many of his teammates decide to try a new challenge, the player who had become the boss of the Monegasque midfield decideed to stay for an additional season. 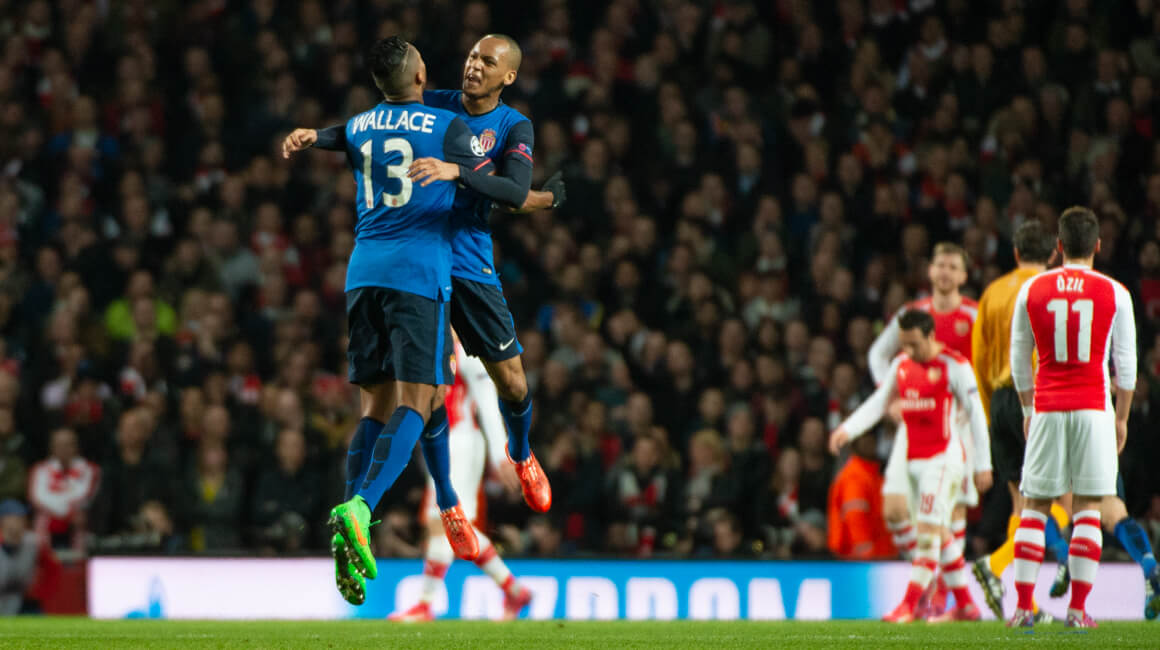 AS Monaco knocked out Arsenal at the Emirates Stadium in February 2015. Fabinho proudly celebrates with his compatriot and friend, Wallace. 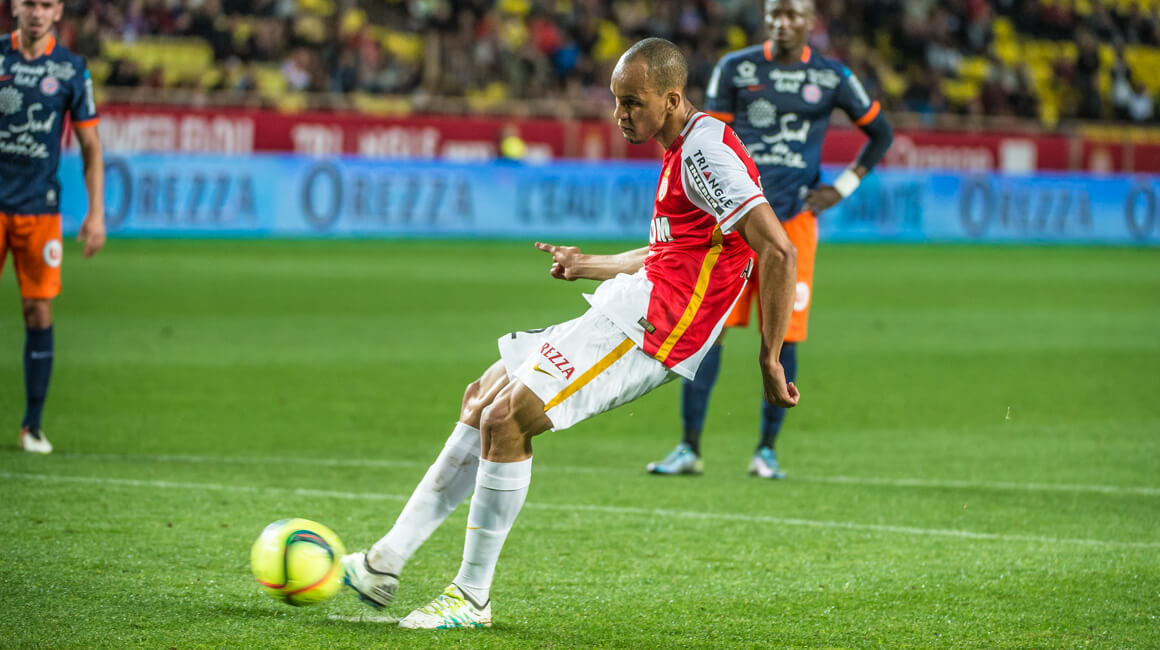 A reliable penalty taker, Fabinho sent AS Monaco to the Champions League with the one scored against Montpellier in May 2016. 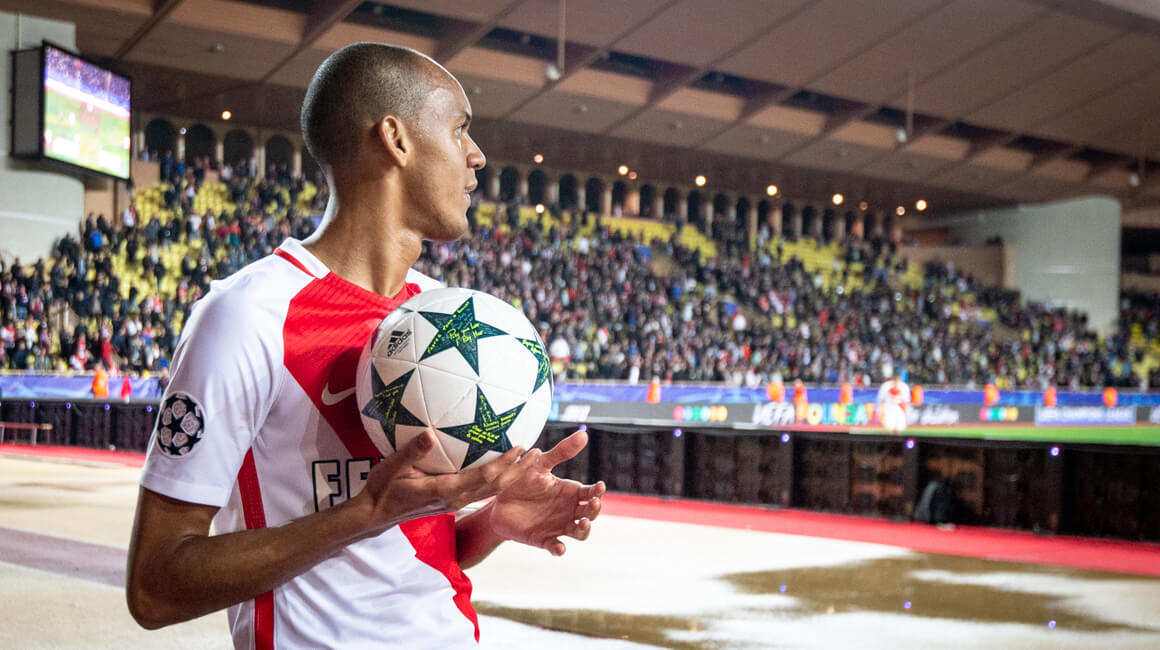 After making the quarterfinals in 2015, the dream continued with a semifinal in 2017. 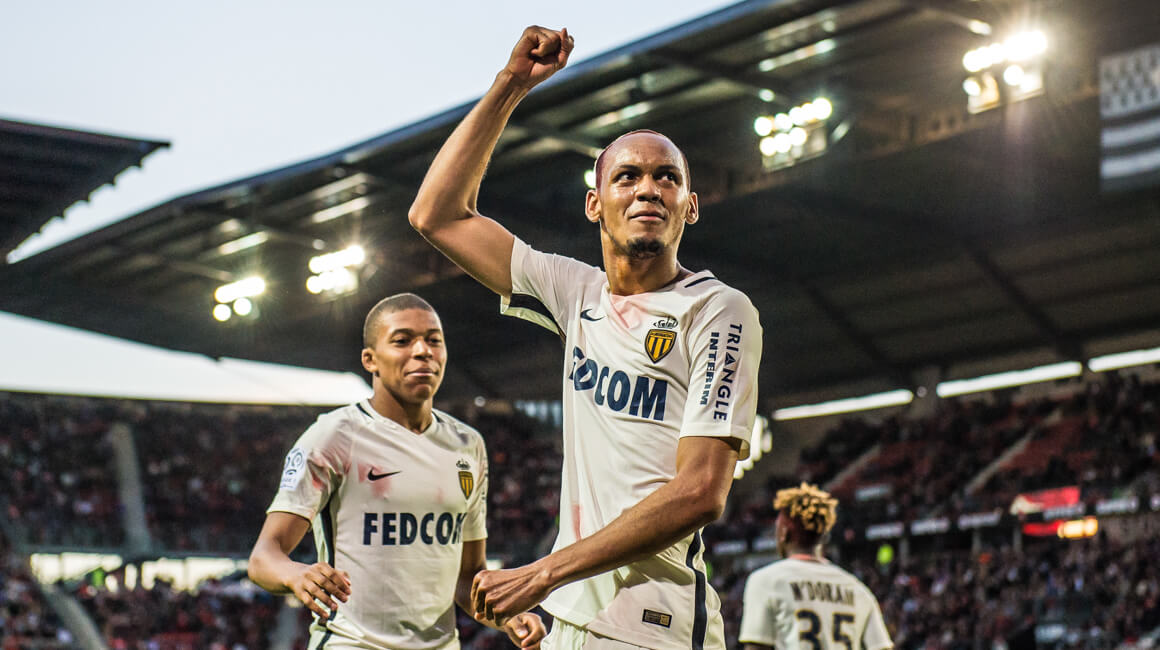 A scorer in Rennes on the last day, Fabinho ended an incredible 2016-2017 season in style! 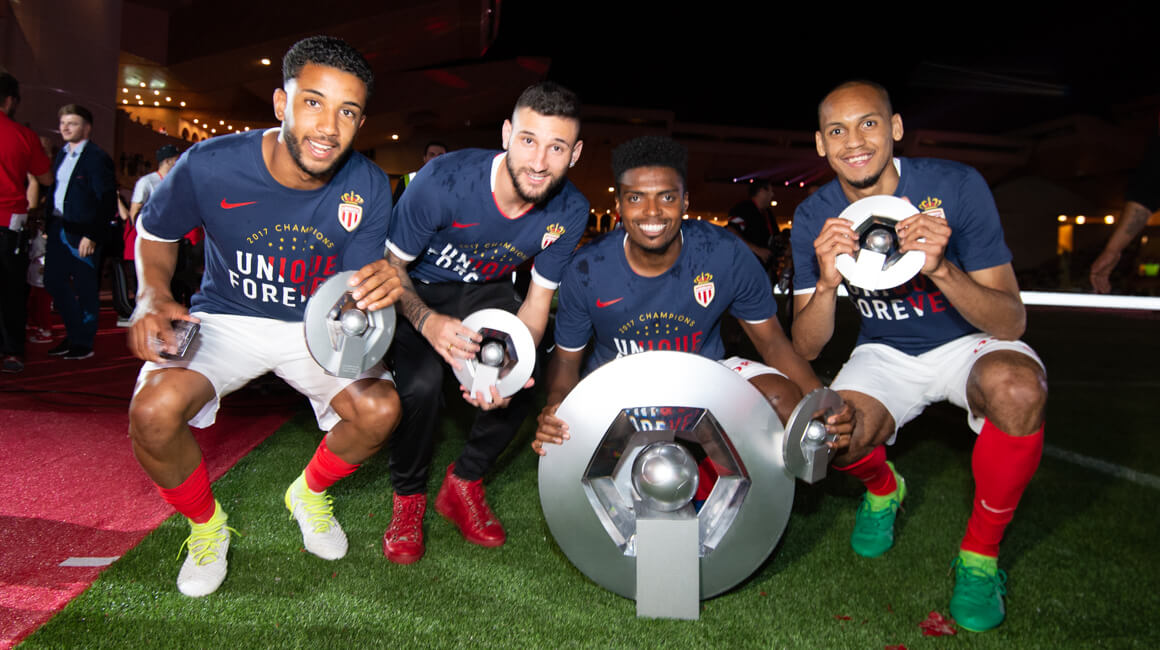 With his Brazilian compatriots, Jorge, Gabriel Boschilia and Jemerson to celebrate the title of Champion of France 2017.

After his last match at the Stade Louis-II, and before joining Liverpool, Fabinho received an homage from the red and white supporters. 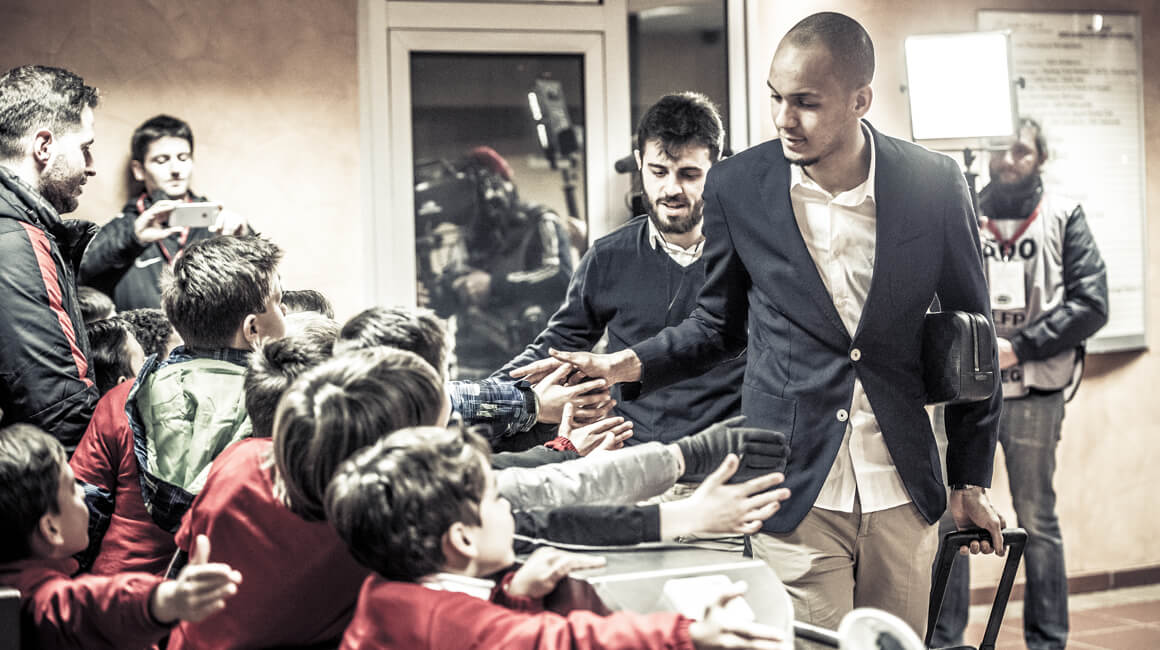 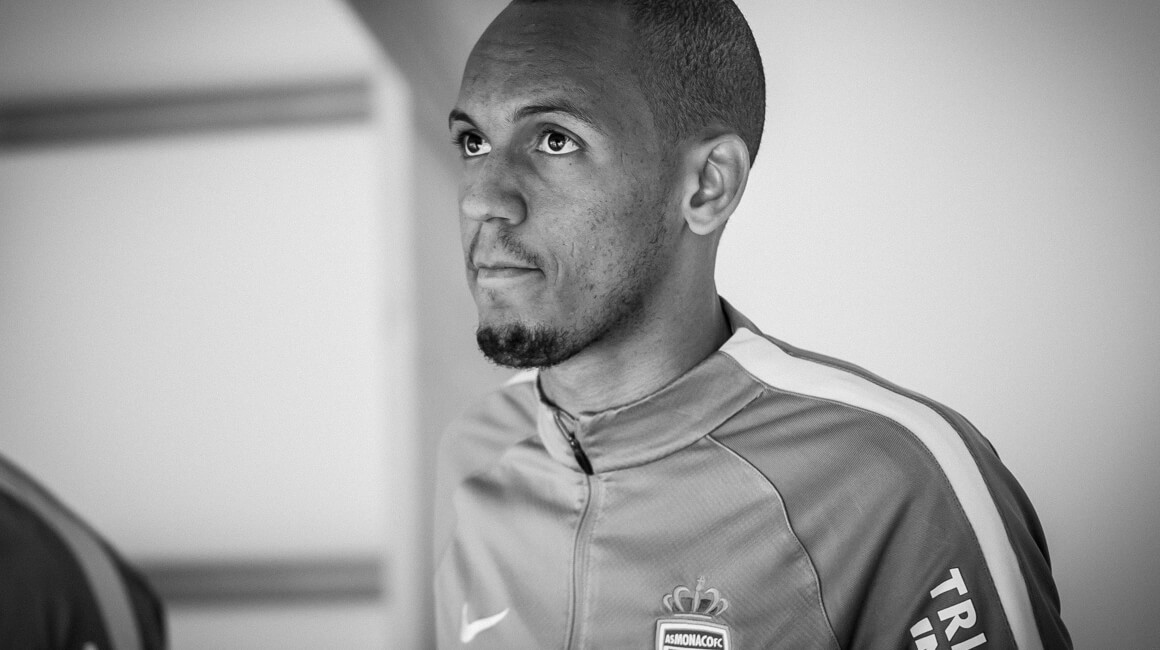 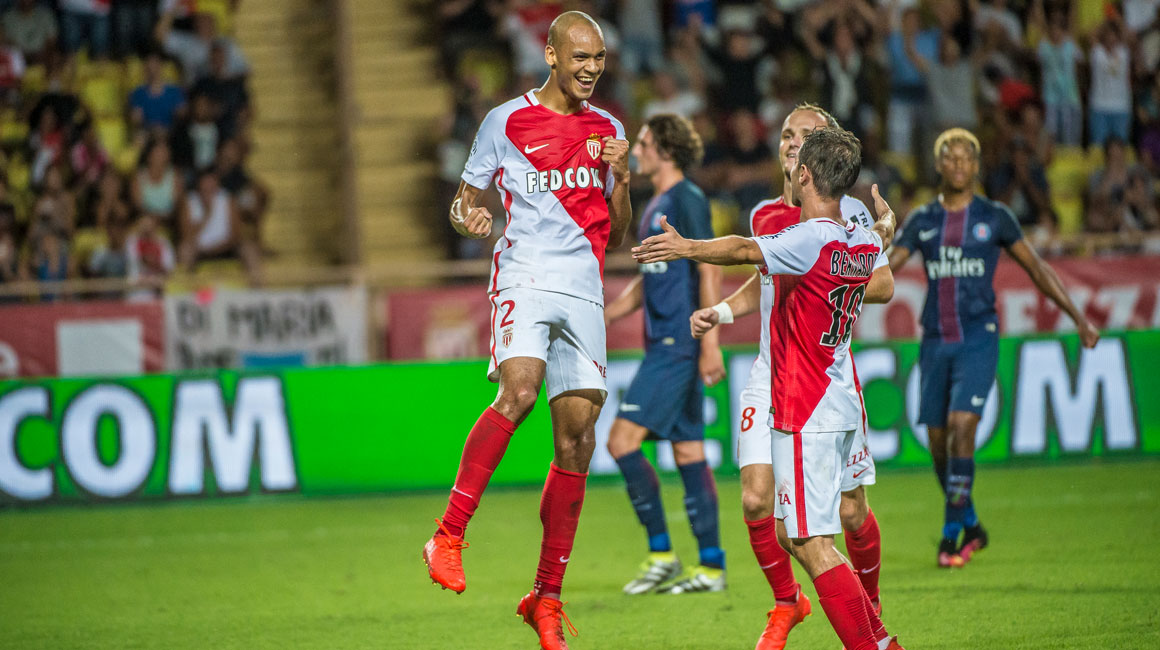 An indelible mark left at the Rock

He would thus actively participate in the club’s qualification for the Champions League again, obtaining second place just ahead of Olympique Lyonnais, tying the record for the number of points for a second place side in Ligue 1, after the AS Monaco of Claudio Ranieri in 2013-2014. In total, Fabinho played 233 matches in the Diagonale, scoring 31 goals and recording 21 assists, before joining Liverpool in the summer of 2018, winning the Champions League in 2019 and obtain the club’s first Premier League title in 30 years.

AS Monaco wish a happy birthday to their former player, who is turning 27 today. Feliz anniversario Fabi ’!

WHAT A GOAL ! Stevan Jovetić's free kick under the microscope 26 January 2021, 20:20
See more articles
AS Monaco uses cookies on this website. With your agreement, we use them to access how this website is used (analytic cookies) and to adapt it to your needs and interests (customization cookies depend on your browsing and your browser). By continuing your browsing, you give us the permission to use them.
I accept Personalize