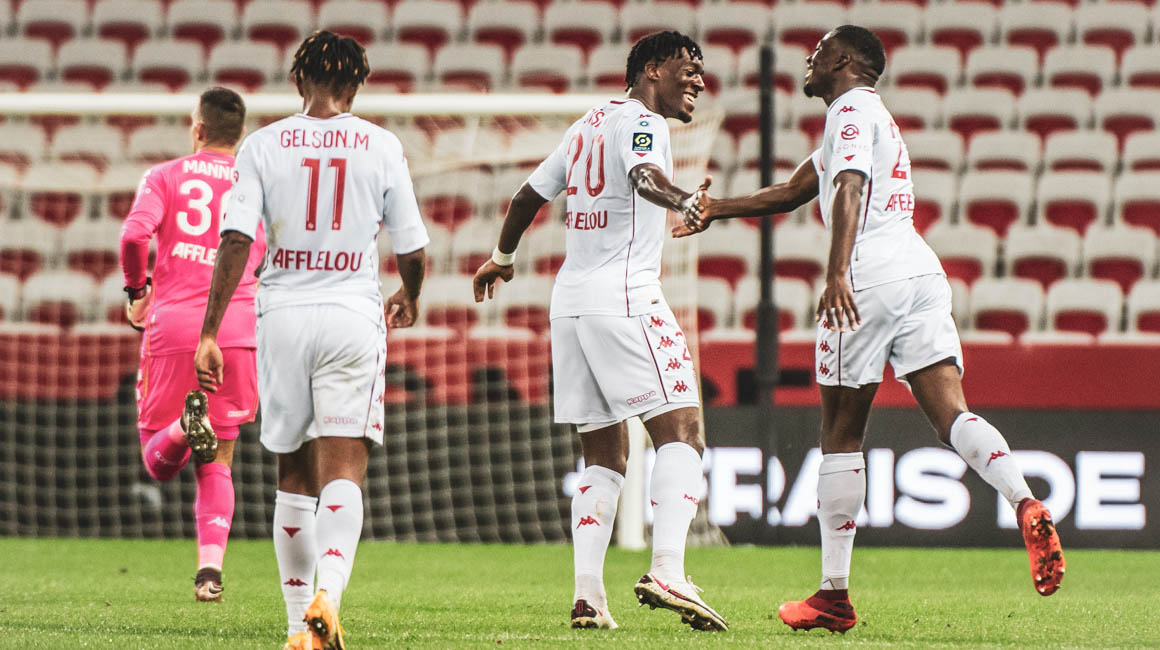 Sébastien Squillaci: "We want to be the boss in our region"
AS Monaco won in the 99th Côte d'Azur derby by dominating OGC Nice at the Allianz Riviera (2-1), after a heroic match by the Red and Whites under Niko Kovac .

For this 99th derby in history between OGC Nice and AS Monaco, Niko Kovac decided to  keep in place the victorious starting XI from the win over Girondins de Bordeaux last weekend (4-0). The only notable change was the presence of Italian goalkeeper Vito Mannone in Monaco’s goal for his Ligue 1 debut, following the absence of Benjamin Lecomte, who suffered a fractured right hand in training. So it was with the same flat 4-4-2 that the Red and Whites started the match.

It was a derby which started off on at lightning speed, with an run by Kevin Volland in Nice’s half of the pitch from the 3rd minute of play. The German striker beat his defender and shifted the ball onto his left foot to send a powerful shot off the crossbar of Walter Benitez, who was visibly beaten. At the end of the play, Wissam Ben Yedder picked up the ball and tried his luck from the left as well. The ball, deflected by an OGCN defender, this time hit the left post of the Argentine goalkeeper. 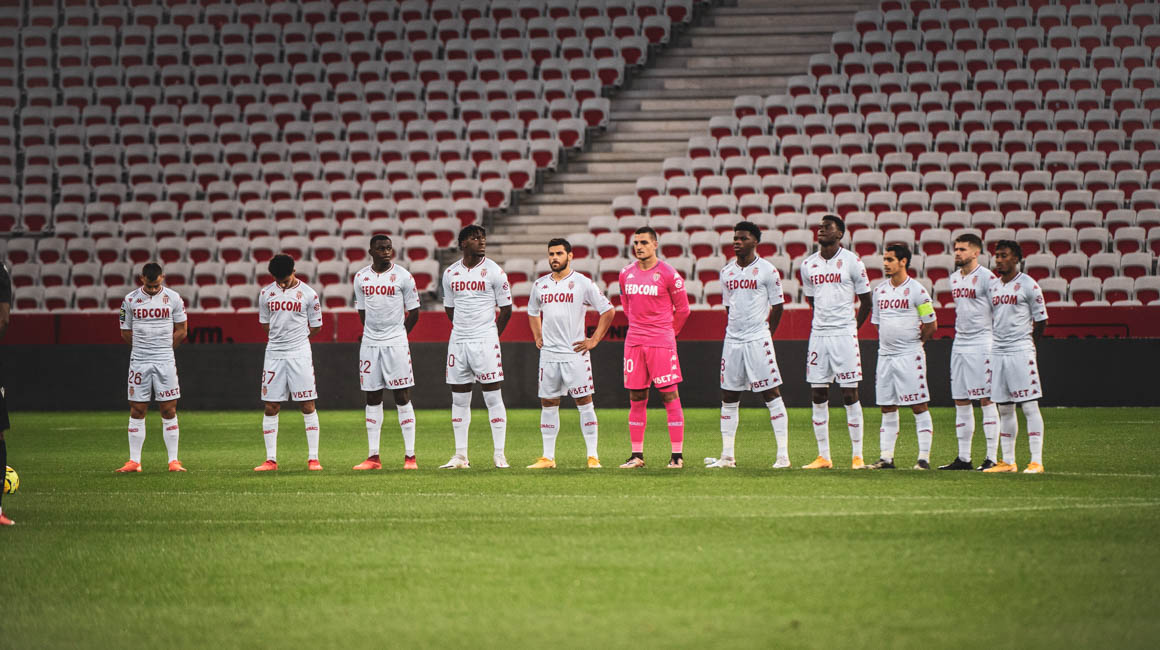 Kevin Volland, again made a chance for himself in the 9th minute when Sofiane Diop picked him out him in the middle. The player who scored twice last weekend against Bordeaux (4-0 victory), shifted to the right and then shot low, but the Nice goalkeeper intervened perfectly. As he did on a strike by Youssouf Fofana from 25 meters. It was then against Wissam Ben Yedder that he won another one-on-one (11th). AS Monaco were pushing but couldn’t find the breakthrough yet, despite constant pressure from Niko Kovac’s eleven.

After a quarter of an hour of madness on the Monegasque side, a few minutes with somewhat less intensity between the two teams calmed the pace of the match. Until a corner delivered by Youssouf Fofana, from which Axel Disasi took a perfect header, rising higher than everyone else in the box from Nice (0-1, 23rd). The Monegasque central defender scored his second goal of the season, after having scored at the opening of the league season against his former team, Stade de Reims. It was an achievement that was just reward for the ultra-domination of visitors. 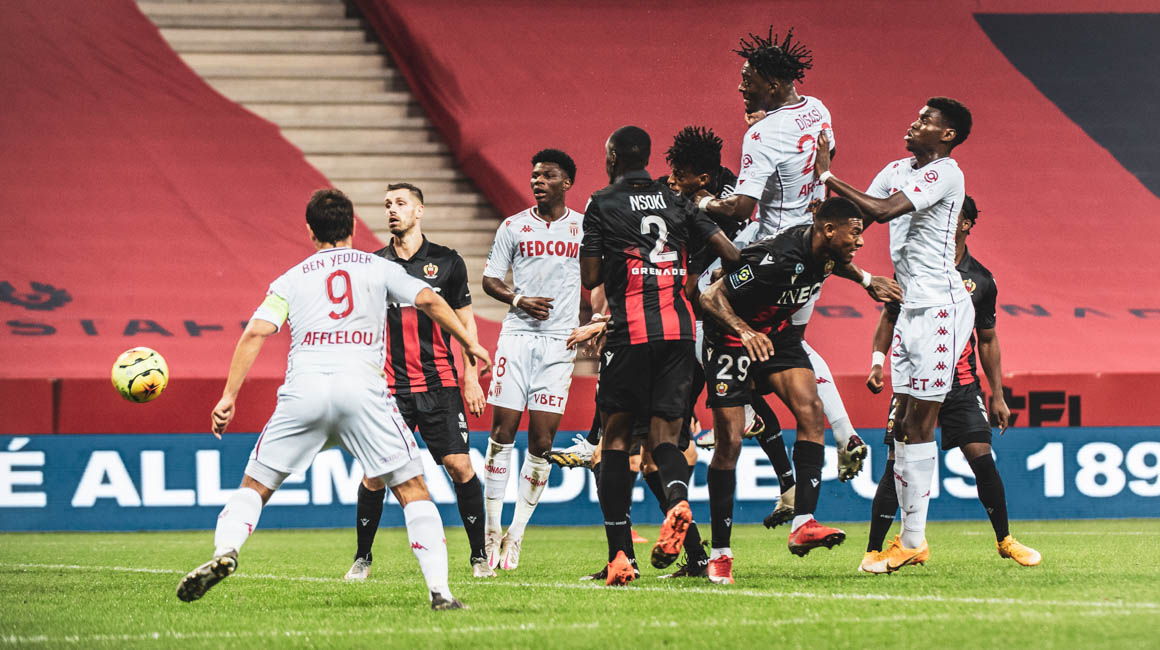 The breakthrough goal is so close

It was this domination that was close to putting AS Monaco two goals after a poor clearance from Nice from which Sofiane Diop could not find the net (36′). Just before that, Kasper Dolberg had the first attempt from OGC Nice. Niko Kovac’s men maintained a high level of pressure, which allowed Wissam Ben Yedder to release Gelson Martins this time. Hanging on by his defender and undone by  a quick run off his line by Walter Benitez, the winger unfortunately did not manage to double the lead (41st). Despite everything, the Portuguese attacker and his teammates returned to the locker room a goal ahead.

It was an advantage that held up early in the second period, despite a warning from a strike by Jeff Reine-Adelaide, which Vito Mannone controlled without problem (51st). There was then an opportune moment that Sofiane Diop chose to intercept a mis-hit pass from Nice, and to go alone at goal. Already a scorer against Nantes on the third matchday, the Monegasque midfielder cleverly slipped the ball between the legs of Walter Benitez, who had come out to stop him (0-2, 53rd). Niko Kovac’s players had finally scored a second, just after their return to the pitch. 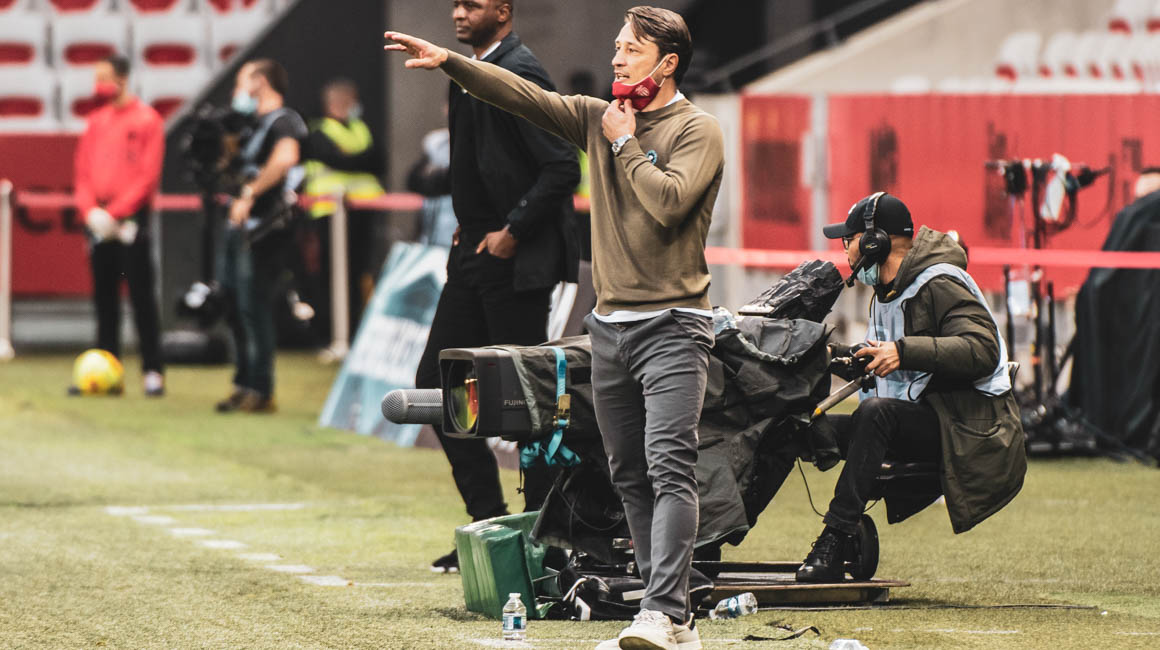 A breathtaking end to the match

OGC Nice, somewhat stunned by this goal, were on the verge of being beaten once again on an overpowering strike from Wissam Ben Yedder, which passed just over the crossbar of Walter Benitez (65′). Unfortunately for the Monegasques, Pierre Lees-Melou, on the lookout after a Lotomba shot was blocked by Vito Mannone, narrowed the gap by beating Axel Disasi (1-2, 69′). It was a big blow for the Red and Whites who had been controlling the game well so far. It was then the moment that was chosen by Niko Kovac to bring Florentino Luis into the heart of the game, lining him up in defensive midfield.

This move to playing three in midfield was saving for AS Monaco, who were again not far from registering a third goal. Well played in by a chip over the defense by Wissam Ben Yedder, Willem Geubbels, cutting in from the right, hit a beautiful shot which crashed against the right post of Walter Benitez, who was again beaten (83′). The end of the game was pins and needles in this 99th derby which did lack in its intensity. The tension even reached its peak when the 4th referee announced four minutes of added time.

The podium within reach

But the Red and Whites held on and won a victory as symbolic as it was important in this duel for regional supremacy. Because with these three points, the Monegasques seized 6th place in the top flight, just two points behind  second. Their next important match is at home after the break, with the reception of Paris Saint-Germain to start of the 11th matchday in Ligue 1. 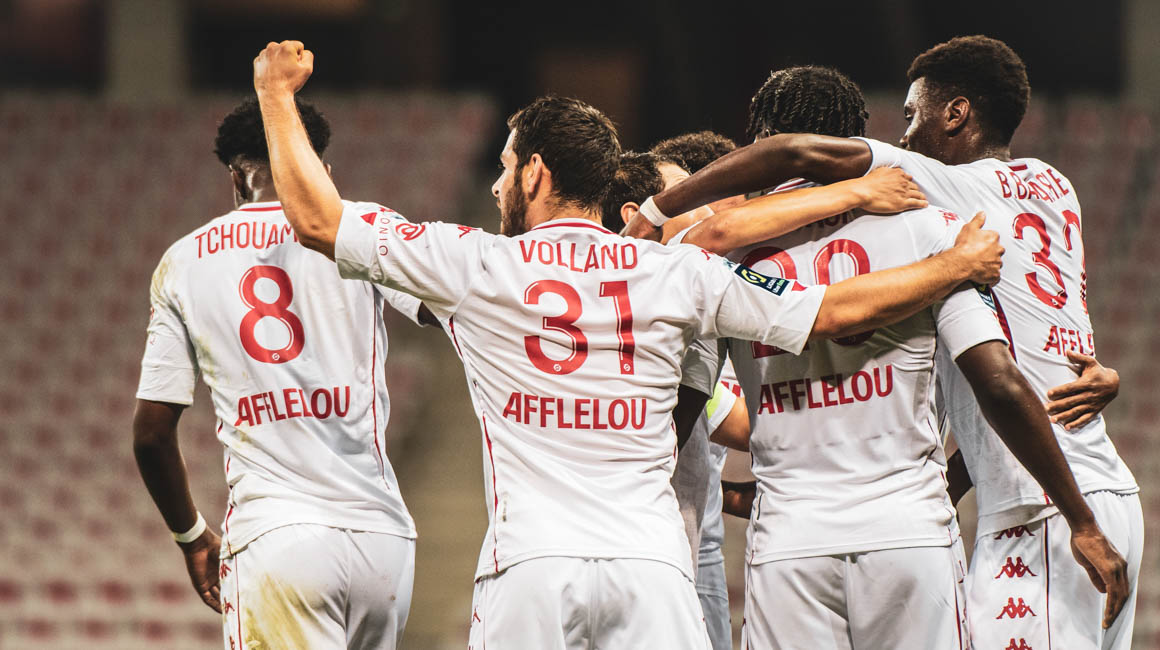