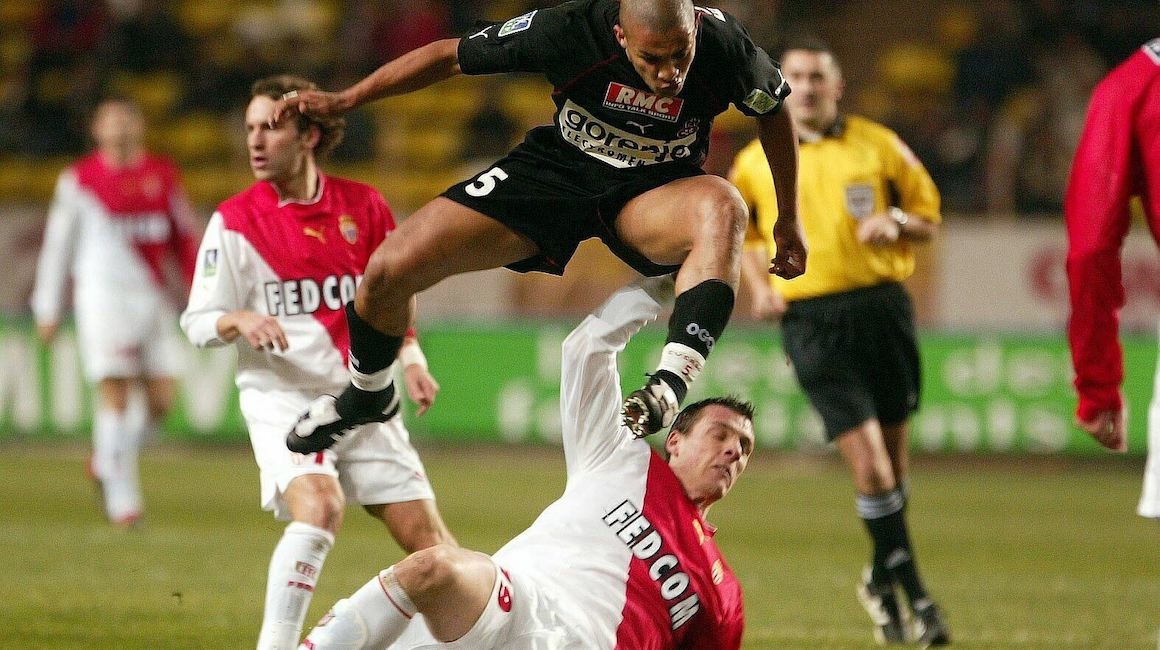 Gaël Givet: "It's an important match for the supporters"
Memories, memories ... A few days before the derby in Nice, Manu Dos Santos, Gaël Givet and Sébastien Squillaci look back on the rivalry against Les Aiglons. Today presents the final episode, with Sébastien Squillaci, David Bechkoura's assistant in National 2.

The derby is approaching: tomorrow, the Niçois and Monegasques will face each other for the 99th time in the top flight. It’s the perfect opportunity to look back on the fixture with Sébastien Squillaci, David Bechkoura’s assistant in National 2, on a few moments that have made an impression on him during this legendary clash between the two teams of the Côte d’Azur, in which he participated on several occasions. After Manu Dos Santos and Gaël Givet, here are some derby memories with Toto! 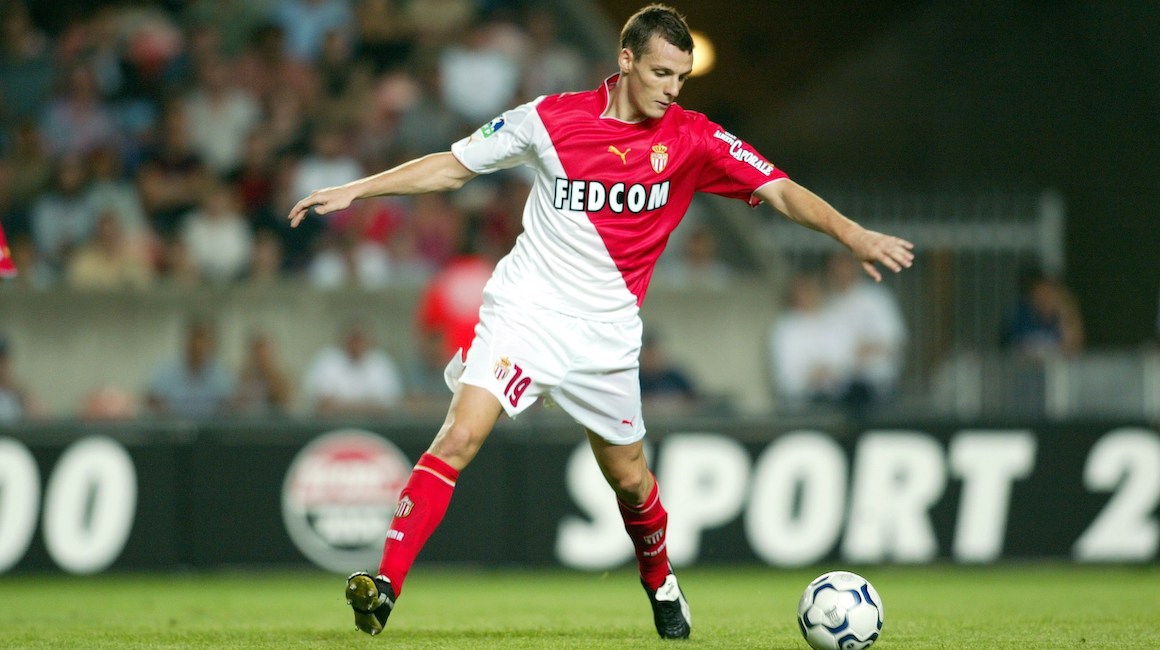 Do you have any particular memories of derbies that have stuck with you?

There is one that is a bad memory for once, it is the derby that we lost at home in 2004-2005, when we led 3-0 in the 60th minute of play. Victor Agali scored a hat trick that day and we lost 4-3, while we had  delivered thirty strong minutes the first half and were already ahead 2-0 in the 20th. This was a disaster, really a bad memory for me.

Do you have others in mind?

The same year I believe we won 1-0 or 2-1 at Stade du Ray with a goal by Dado (Pršo) or Ludo (Giuly) (on April 30, 2004, Monaco won 2-1 in Nice with goals from Dado Pršo and Ludovic Giuly, editor’s note). I spoke about it recently with Gaël (Givet, editor’s note), it was an important match that had to be won and even an away match like that, it was still the derby, with a big atmosphere, it’s necessarily a good memory.

Was this a special date for you, having trained at the club?

Of course, we wrote down the date of the derby each time the fixtures were released. We talked about it. Again, as we were discussing with Gaël, we knew it was an important game that we had to win, because there was this rivalry between the two clubs. After that, in the region there are more Nice supporters, so when you meet people, you get kind of turned on. We were keen to play big games, and it showed. It’s been a bit lost in the last few years of what I’ve seen, although I think the players are familiar with this rivalry and still care about putting on great performances.

So is it different today compared to your time?

Absolutely. But that’s also due to the fact that in Nice there are probably fewer local players now. In our time, there were real Niçois — José Cobos, Cédric Varrault, who had been at Nice for years, who played there for a long time. And we, on our side too, we had a lot of players from the training center who were attached to the club (Squillaci, Givet, Plasil, etc, editor’s note), so that necessarily added an additional feeling on both sides. I think that’s what made these somewhat tough matches every now and then a little different.

According to you, is the derby a myth invented to please the supporters or were you, the players in a different state of mind?

No, no, for me itt was really was not a normal game. Afterwards, when you are a professional, you come onto the pitch to win all the matches, but this one was special. Once again we felt it, not only for the supporters but also for us, the players. You want to be the “boss of your region,” to be the flagship club in the area and therefore you want to win this match. I know it was a very important moment for us, everything was going up a notch. The focus you could have, the commitment you put forth on the pitch, it was really a special event in the season, one that you marked on the schedule. We wanted to bring back a good result.

Do you remember particular derbies where the atmosphere was really charged?

There were always small battles on the pitch, small clashes, there was physical engagement. As far as I’m concerned, in the derbies I’ve known there have never been any major clashes, it was all in the rules of the game. But there was physical impact on both sides. Whether in Nice or Monaco, there was a response. After all, these are people that I see again today, Cyril (Rool), José (Cobos), Cédric (Varrault), people whom I appreciate. But when we were on the pitch we defended our jersey, our colors, there were no more friends, even though we respected each other. But we all wanted to win this game.

It was really was not a normal game. Afterwards, when you are a professional, you come onto the pitch to win all the matches, but this one was special. Once again we felt it, not only for the supporters but also for us, the players. You want to be the "boss of your region," to be the flagship club in the area and therefore you want to win this match
Sébastien Squillaci

Tell us about the legendary Stade du Ray for those who haven’t experienced it. What was the mood?

It was a really small stadium in the city of Nice, with very boisterous kops on both sides behind the goals. There was a great atmosphere, people were close to the pitch because the fences were really on the edge. It brought something more, it was pretty cool. The fans sang throughout the game. I remember that there were also often smoke bombs, that obviously does not happen anymore. In fact, there had been an accident once, a firefighter had been injured. So there you have it, it was a hot atmosphere, in a stadium where the spectators were really close to the pitch. We know the fervor of the Nice fans and the love they have for their club, they encouraged their team throughout the match and it was really a fun thing to experience, a great atmosphere. Anyway I know that even though it was against me, I liked playing there in that atmosphere. Precisely to get a result, because the victories were all the more beautiful in this context. When you have a whole stadium against you, it’s really cool.

The notion of derby, is that something you are trying to convey to the young people of the Academy with Manu and Gaël today?

Yes of course. This year we don’t have Nice in our group in National 2. But I know that with the U17s with Manu (Dos Santos) last year, before the match they were always being reminded of the importance of this match. Especially since we have quite a few players coming from Paris or other areas, and I think it’s good to remind them what a derby is, what it means. Because the Nice side for once, since there are players from the region, they know the importance of this match. You can see it in their engagement. So indeed it was important for Manu or me to remind them that this is a game that matters to them but also to us and that we have to win. It gave it a bit of extra soul, and we often had good results against Nice.

In your time, Patrice Evra signed for AS Monaco after coming through at Nice with their return to Ligue 1. Was it special for him?

Personally the derby is a bit the common thread of your career, since you have had them everywhere you have been, in Monaco, Lyon, Arsenal and Seville …

It’s clear that I’ve been through a lot. I remember the Seville derbies between Betis and Sevilla, over there as soon as you arrived they would tell you: “I’m for Betis or Sevilla”. It had yet another dimension I think, because it was the same city. Then you have the London derby also between Arsenal and Tottenham which is always boiling hot, even though there are a lot of clubs and a lot of derbies in this city. These are really good games, games that I enjoy. In Lyon too against Saint-Etienne there were some great duels, especially since I stayed there for two years and won them all. Even though I only had to play four (laughs). You arrive at a full stadium, people are cheering their team on whether you’re at home or away, so to me that’s part of the folklore. This intensity, this commitment, for me these are wonderful matches to play.

Bernard Lacombe was supposed to put pressure on you in this match against Saint-Etienne, we know it’s an obsession with him …

I have an anecdote on this subject. When I signed for Lyon, or really at the very beginning when I arrive, I showed up one day with a green Adidas t-shirt. It wasn’t even before a derby, it was during the season. But Bernard Lacombe comes to see me and he says to me: “Oh Toto (the nickname of Sébastien, note), the green of Saint-Etienne I do not want to see it any more”. It was funny, for the record, to underscore how derbies really mattered.