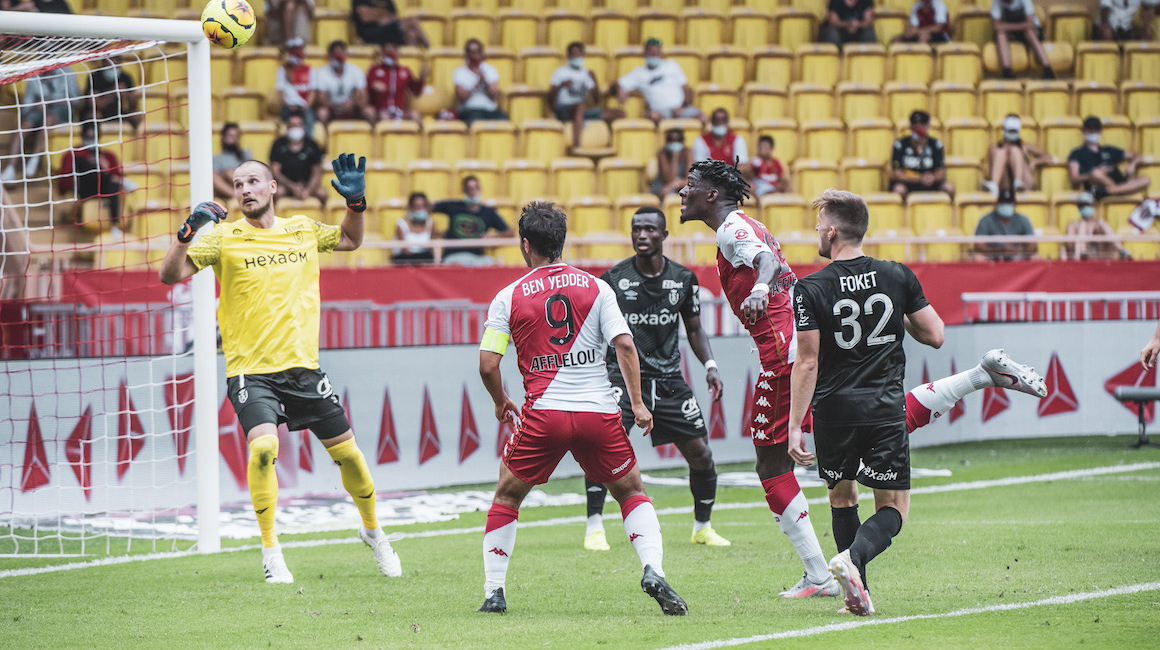 AS Monaco 2-2 Stade de Reims
For the return of football to the Stade Louis II, after more than five months without playing, AS Monaco hung on to get a point from a draw against Stade de Reims, after falling behind 2-0.

The spotlight, the air of competition. AS Monaco were finally back on the pitch at the Stade Louis II this Sunday, more than five months after the end of the 2019-2020 season. For this first matchday of Ligue 1, the Red and Whites returned to the pitch against Stade de Reims, the team they had faced in the penultimate match of last season, on February 29. For this match, Niko Kovac started the same eleven who had won against Alkmaar  in a friendly last weekend (2-0), playing the same 4-3-3.

The match did not start in the best possible way for the Red and Whites. In the wake of a superb curled shot from Aleksandr Golovin, which passed just above the goal of Predrag Rajkovic (4th), it was Boulaye Dia, well picked out over the top on a clearance by his goalkeeper, who beat Benjamin Lecomte (1-0, 5th). Stade de Reims quickly led 1-0 and fell back into a low block in midfield, leaving little room for Henry Onyekuru’s teammates. 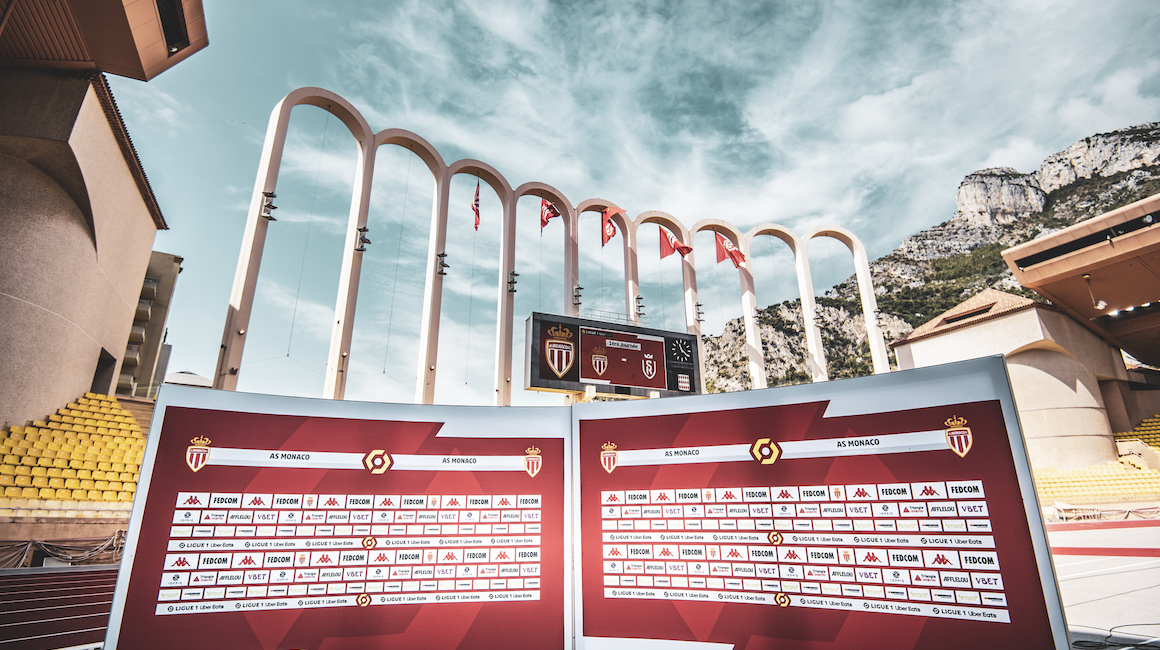 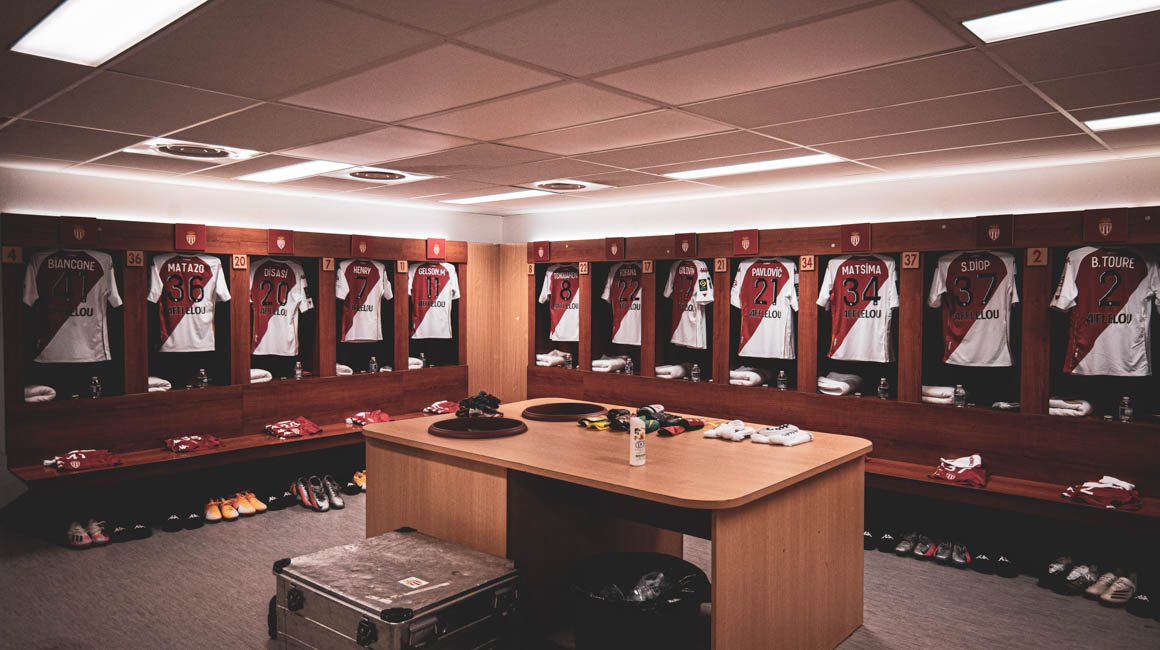 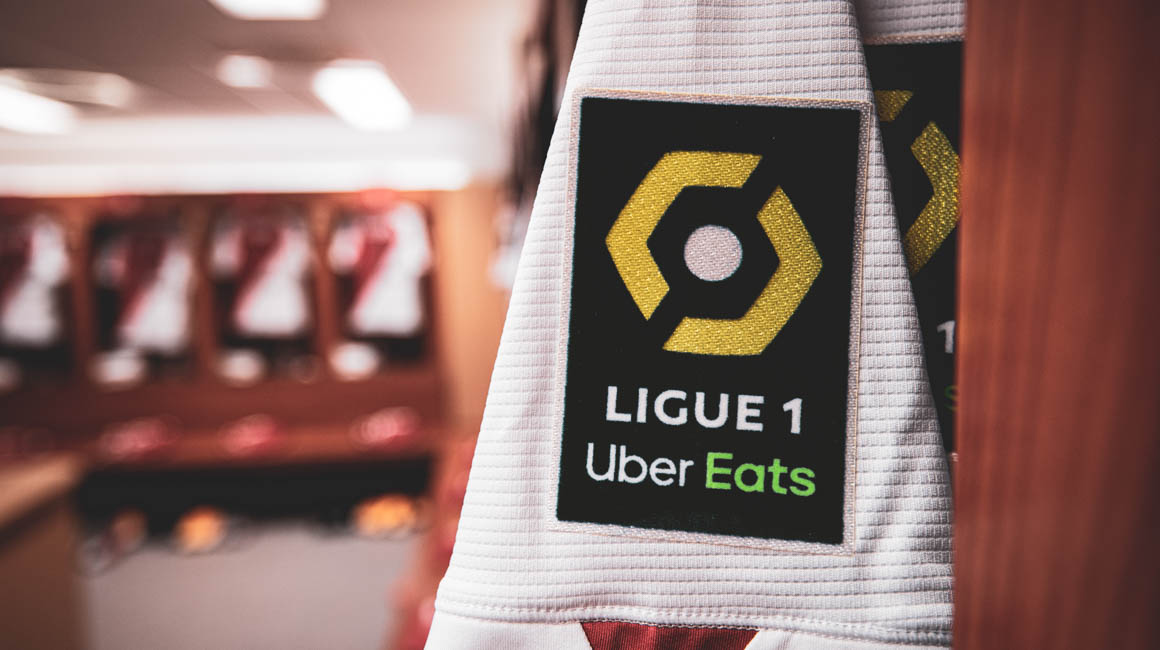 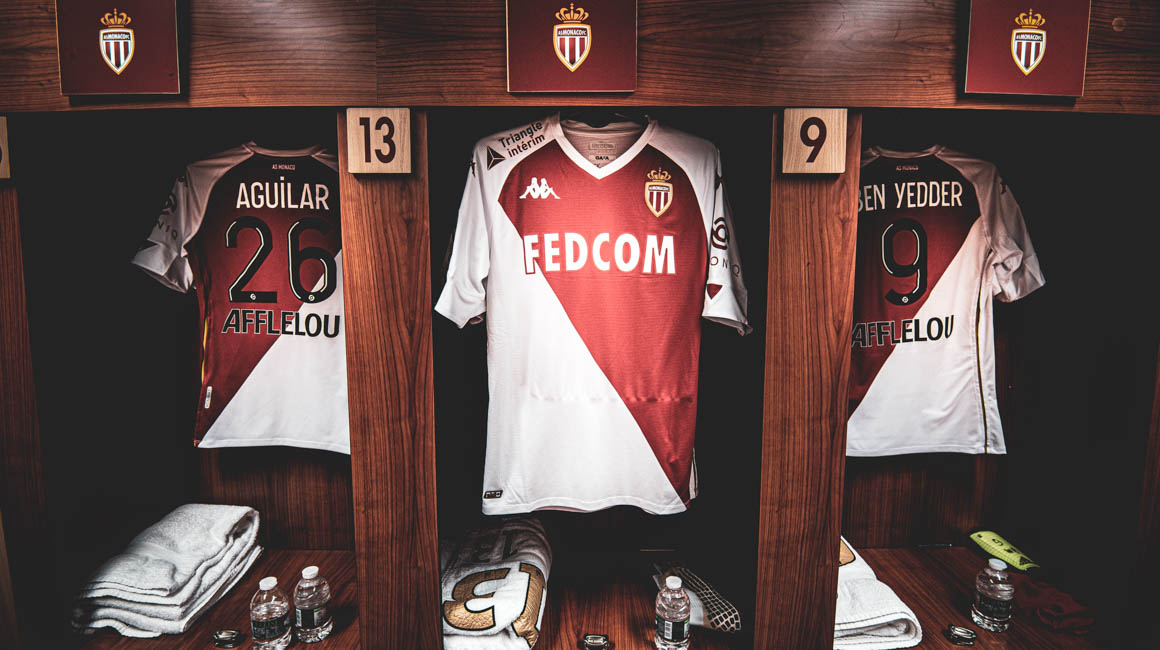 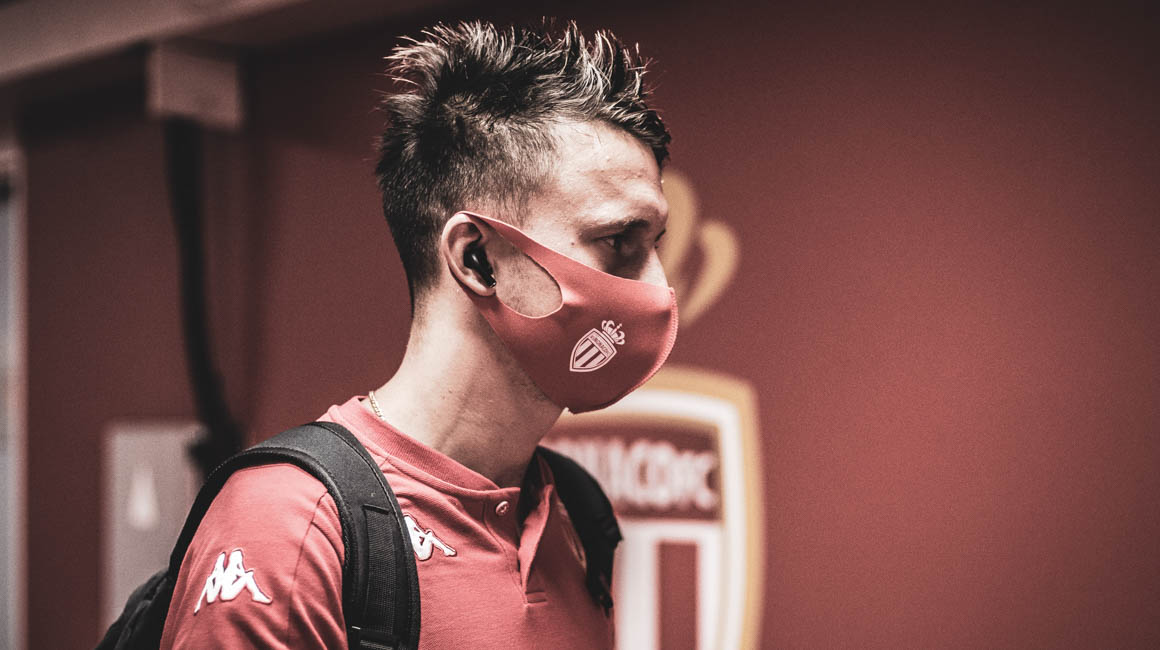 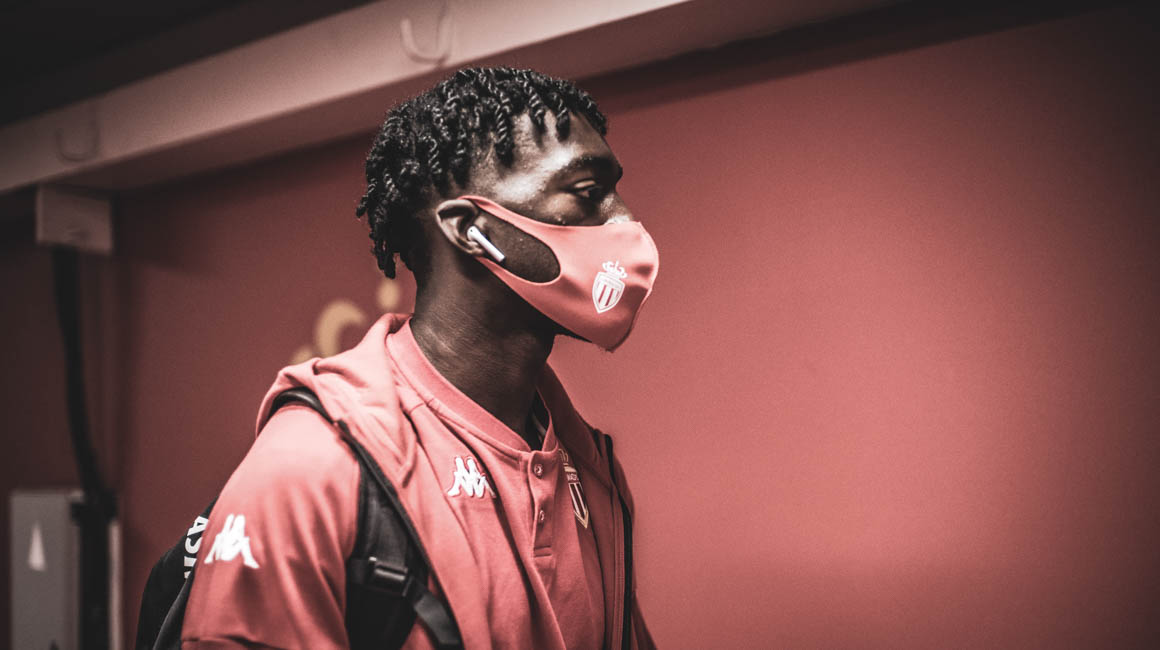 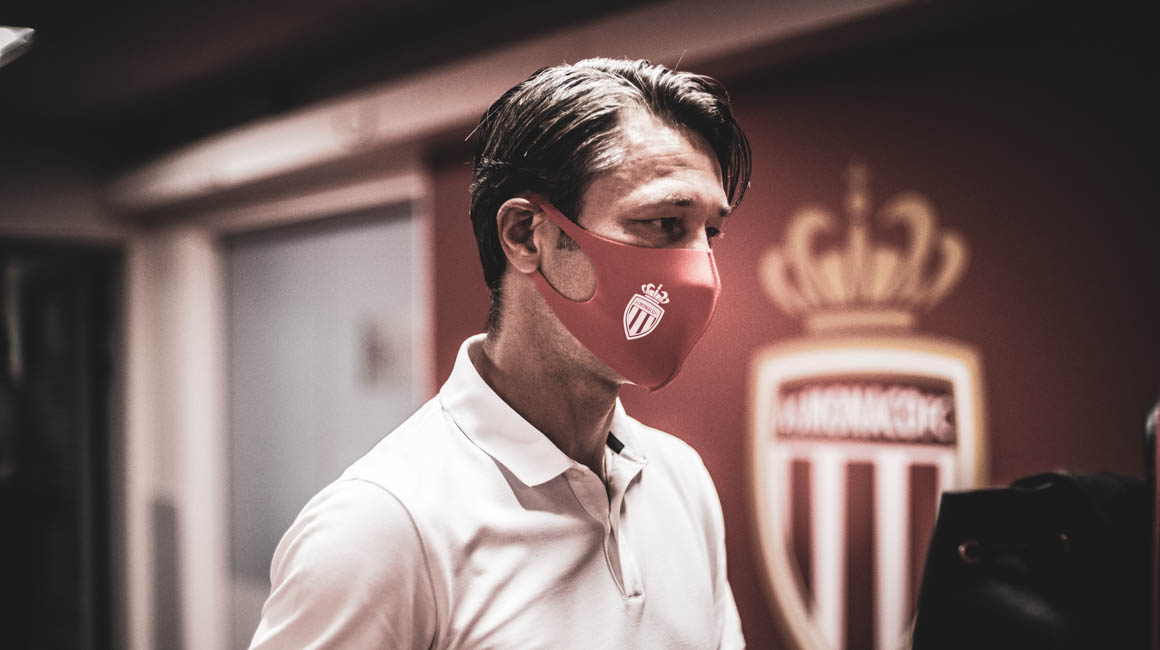 Disasi decisive in his first match

Yet it was on a foray by the Nigerian winger into the Reims area that AS Monaco believed they had a clear chance. The cross in his direction touched the ground, before bouncing off the hand of Thomas Foket (20th). The referee instructed the 22 players to play on, and following on from this action, El Bilal Touré recovered the ball in the opposing half, before hitting his shot perfectly with his left foot (2-0, 21st). The disputed action was meanwhile  reviewed by VAR, which ultimately validated Stade de Reims’ goal.

There was an immediate reaction from the Red and Whites after the cooling break, putting pressure on Predrag Rajkovic’s goal. After a one-two with Ruben Aguilar, Gelson Martins found himself in a shooting position. The Portuguese unfortunately found the Serbian goalkeeper holding his line (29th). He was the most dangerous attacker on the Monegasque side, since he had two other chances on a shot that was a little over-hit (33rd), and then another from close range (37th).

Monaco pushes and gets back together

But the clearest opportunity came on a set piece that saw Aurélien Tchouameni looking for Wissam Ben Yedder, who hit the bar with his volley (38 ‘). The former Bordeaux midfielder would have another chance with a powerful strike from the left (45th), before the lead was reduced by… Axel Disasi. Starting against his former club, the central defender headed in another pass from Tchouameni (2-1, 45 + 3).

Back from the locker room, the Red and Whites continue to put great pressure on the Reims goal. Sofiane Diop, who came on at halftime for Onyekuru, is shows his intent with his first ball (46′). Benjamin Lecomte, ever vigilant, then allowed AS Monaco to stay in the match, winning a one-on-one against Touré (51st). But it was once again from a set piece that Monaco found the scoreboard.

On free kick by Aleksandr Golovin, Benoît Badiashile made an acrobatic control of the ball before following that touch up with a volley across goal from the right, unstoppable as it was impressive (2-2, 55 ‘). The flow of play remained the same, with Monaco playing high up the pitch, as in the first period, and having 80% possession. Reims, who were trying to play on the counter,  were on the verge of regaining the  lead on a run by Zeneli, which was well stopped by the Monaco defense (60’).

The Red and Whites are close to pulling out a win

Another chance for the visitors worried the Monegasque supporters, but Dia lacked a cutting edge on a cross from Konan (74th). At the end of the match, which was more choppy, the proceedings were still dominated by the Red and Whites who are close to breaking the deadlock. Unfortunately Predrag Rajkovic was alert to the danger. Wout Faes also blocked a low shot from Jean-Eudes Aholou who had just come on (90th + 1).

And on the corner that followed, Axel Disasi barely missed getting his double on a pass from Sofiane Diop. His header flashed wide, just a few centimeters from the left post of the Reims goal (90th + 4).