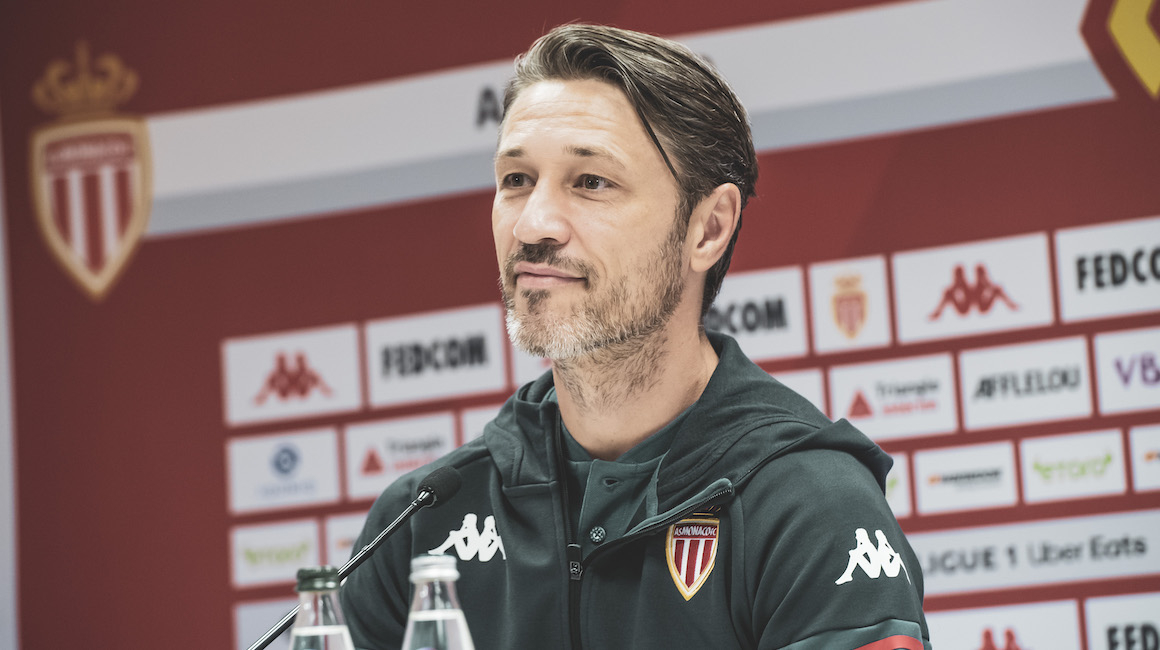 Le match AS Monaco - Strasbourg accessible aux abonnés
Niko Kovac answered questions from the press two days before the match between AS Monaco and Strasbourg (3 p.m., Stade Louis-II), as part of the fifth matchday in Ligue 1 Uber Eats.

AS Monaco’s manager, Niko Kovac, answered journalists’ questions two days before the match against RC Strasbourg. In addition to evoking the match this Sunday (3 PM) at the Stade Louis-II, the Croatian coach looked back at the trip to Rennes and also mentioned the Red and Whites’ newest recruit, Florentino Luis.

What reaction do you expect from your players after the match in Rennes ?

We’re playing at home so we want to win this match. When you are at home you have to take points. We dropped some points in the dying seconds in Rennes, here we have the opportunity to recover them.

There must still be a taste of something left incomplete …

This match against Stade Rennais was a great match. The two teams delivered a good battle. We were better than them in the first half, they were better in the second and managed to have the bit of luck that we didn’t have. We will have to manage to have the same level over 90 minutes, to be competitive over the duration of the season. I was obviously not happy with the result, but we must not forget to look at the way the match played out overall.

How do you explain this difference between the two halves?

I think in the first half we were more active. In the second, they came out of their own half a lot more with a lot more dynamism. We were more passive, we sat back and played too many sideways passes. On the contrary, we should have continued to put pressure on the opponent in a collective manner rather than hoping for success through individual play. This is one of the things that we have been working on, to keep the rhythm we showed in the first half for an entire match. 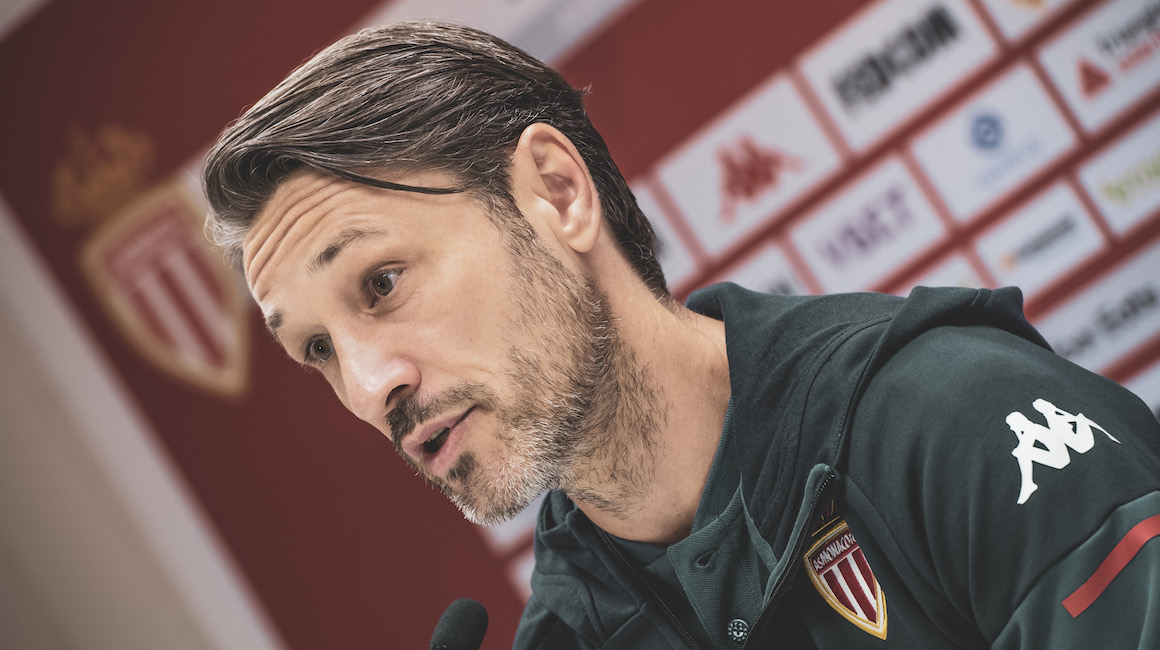 A meeting during which Cesc Fabregas was able to feature again after his match against Nantes.

Cesc is a top class player who has many qualities. Okay, he’s 33 years old, but I don’t look at their ages when I chose my players. He can change the pace of a game for sure, he started against both Nantes and Rennes. He’s a very experienced player, we have a lot of younger players and he works alongside them wonderfully. It’s a lucky thing to have Cesc in the squad.

How do you view this defeat against Rennes, a team which will play in the Champions League?

We lost, but let’s not forget that it was only the fourth matchday. There is still a very long way to go, it’s a marathon ahead of us. A lot can happen in this season, you don’t know what could happen tomorrow or next year. We played against a very good team and we were very close to their level. I have really good feelings with this team, my players are young and will continue to learn. I’m staying positive.

What sort of message did you have for your young squad?

No matter what sort of team you coach, the goal is to win. It is true that we have a lot of young players, but we have to give them time. We have been doing a lot of video sessions so they can get the right information and correct their mistakes. Losing a match is of course not what one likes to see and that’s why you look for what went wrong in order to move on. We are working together, the atmosphere is good both on and off the pitch. 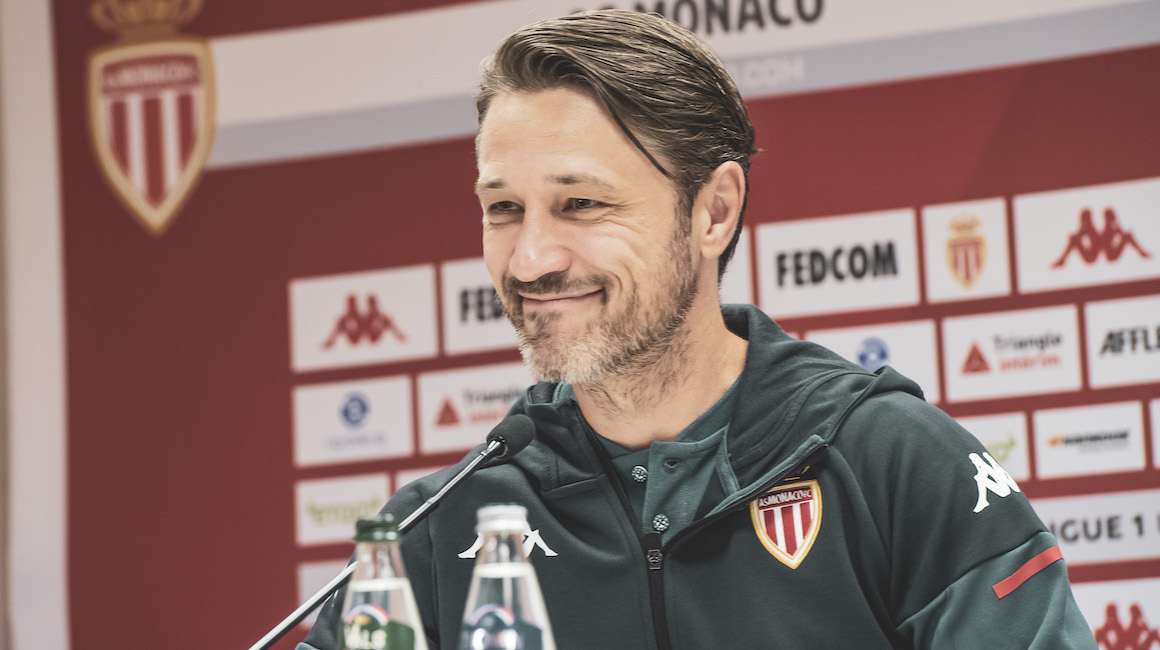 AS Monaco announced the arrival this morning Florentino Luis. What are you expecting from him?

We have him here on a one-year loan. Florentino is a talented young player with great potential. The future is open to him, he is already a Portuguese U-21 international so that lets you imagine the quality of this player. As soon as the opportunity presented itself, we were very happy to be able to take it. Paul and his staff have been following Florentino for a long time, it’s a real chance to have him with us for a season and I’m sure he can quickly show us all his qualities.

It is still too early to say whether he will be able to play against Strasbourg. He trained for the first time this morning with the squad. We have 22 players in good shape, we’ll see. Maybe we will need more attacking players to win this game. We leave time to think about this.

With COVID-19 and enforced low attendance at the stadium, is there a difference between playing at home and away?

We played in Metz and Rennes in front of 4000 spectators and that’s what we had here against Reims and Nantes, so it’s true that it doesn’t make a big difference. Obviously we prefer it when the stadiums are full with a lot of fans, but for now we have to be careful. We hope it won’t last and we do have confidence in the government’s planning.