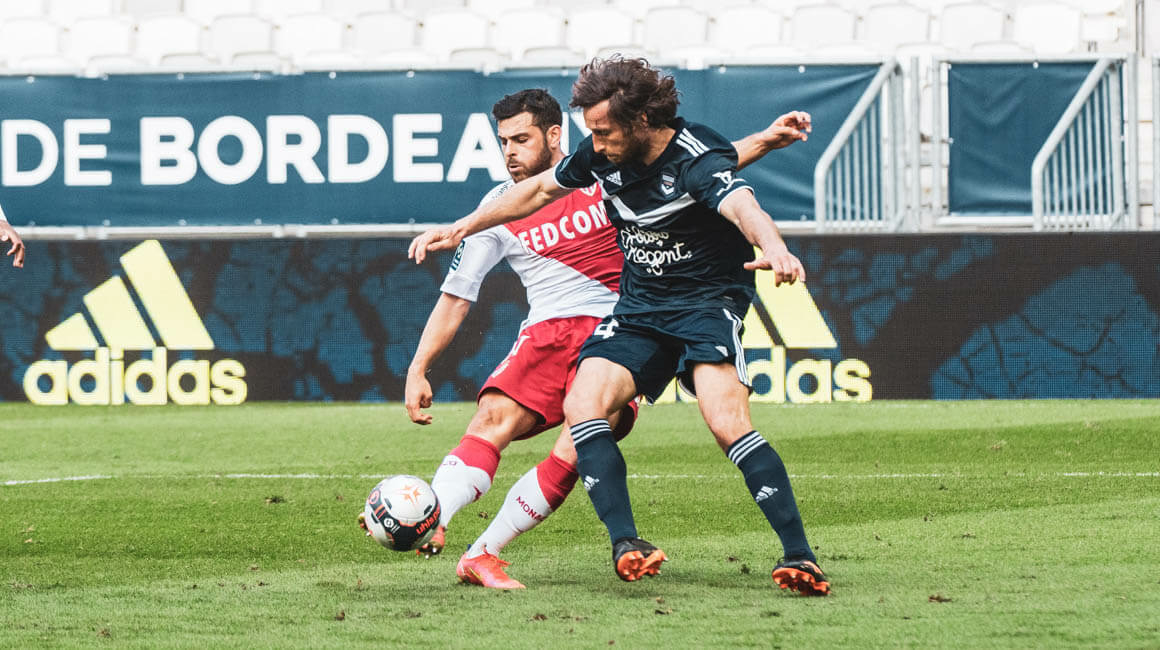 Thanks to their high level performances, the French midfielder and the German striker were voted joint MVPs of the win in Bordeaux (3-0) by the Rouge et Blanc fans on the AS Monaco App.

This Sunday against Girondins de Bordeaux, AS Monaco had a rather quiet afternoon, albeit one that was marked by another big win (3-0), the team’s fourth in a row by three or more goals, a first in the history of the club. Everyone responded as a collective, from Benjamin Lecomte, decisive in making a double save at 2-0 preserving what would be a seventh clean sheet in eight games, to Gelson Martins, scorer for the third time this season, through to Djibril Sidibé, the player who had the most touches in the match (107).

But it was Kevin Volland and Aurélien Tchouameni who were elected MVPs of the match by the Monegasque supporters. Back as a starter after bronchitis had sidelined him last weekend against Dijon, the German international (10 caps, 1 goal) once again delivered a great performance. Playing alongside his attacking partner, Wissam Ben Yedder, in Niko Kovac’s 4-4-2 hybrid, he opened the scoring after a sublime bit of collective play (29th). 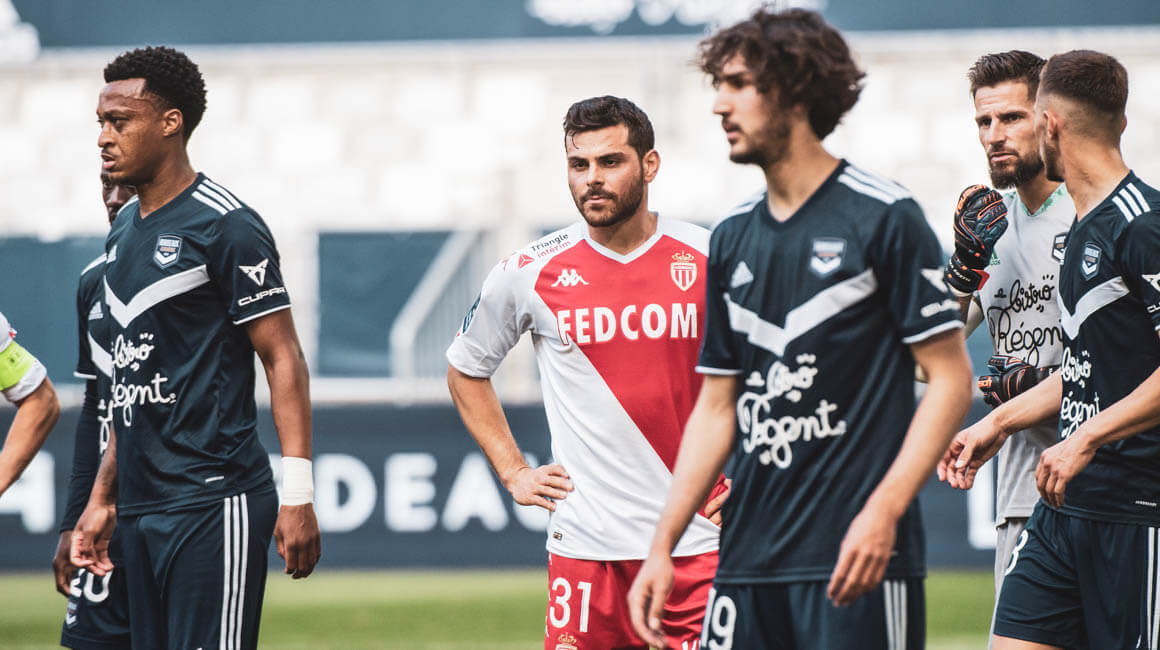 It started with Benoît Badiashile who split the hosts’ defence with a vertical pass to the French international (12 caps, 2 goals). The latter, in one touch, played in the Monegasque number 31 in the penalty area. Turning Paul Baysse, he slipped the ball into the opposite corner of Benoît Costil’s goal, the combination giving Kevin Volland, his 15th goal of the season, now his personal best in a league season.

Already making his mark in the Principality

This latest goal also allowed him to keep 4th place in the Ligue 1 scorers’ table and to get closer to the former Toulouse player (17 goals), and the club’s top scorer. But with 15 goals in 30 French league games, the former Bayer Leverkusen player has also become the club’s third fastest player to reach that number in the 21st century.

Only Radamel Falcao (26) and his teammate, Wissam Ben Yedder (20) have done better. He is the first German to reach this level since Jürgen Klinsmann (with Monaco) and Rudi Völler during the 1992-1993 season. 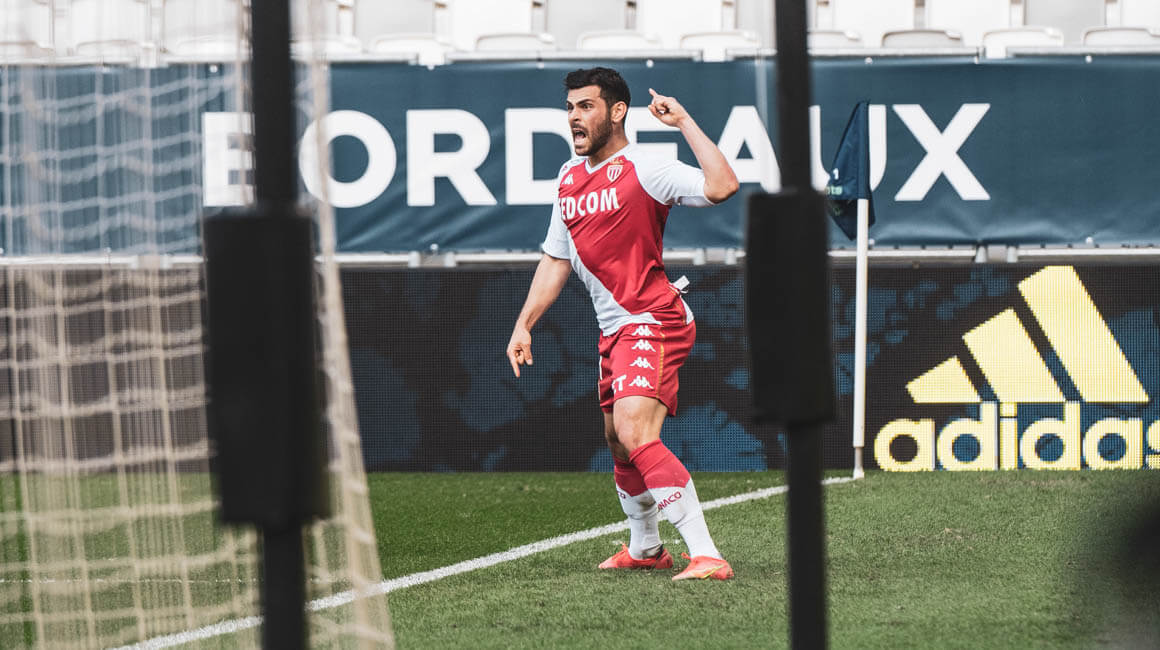 If Kevin Volland was once again invaluable to the Monegasque attack, what about Aurélien Tchouameni’s play? The French midfielder put in another major performance, both defensively and offensively. The league’s best in ball recovery this year, he added 11 more to his total this weekend, bringing that number to 136 in 15 games in 2021.

Another number to which he added to his totals was assists, setting up Gelson Martins for his second of the calendar year, with a very good long ball. Added to his two goals against Marseille and Saint-Etienne, the former Bordeaux player is the youngest defensive midfielder to have been involved in 4 or more goals in the top five leagues in 2021.

He therefore deserves to be included in l’Équipe’s Team of the Round, having authored a performance that earned him the title of MVP of the match on the part of the Rouge et Blanc fans, along with Kevin Volland, who both had 37% of the votes on the AS Monaco App. Well done to them both! 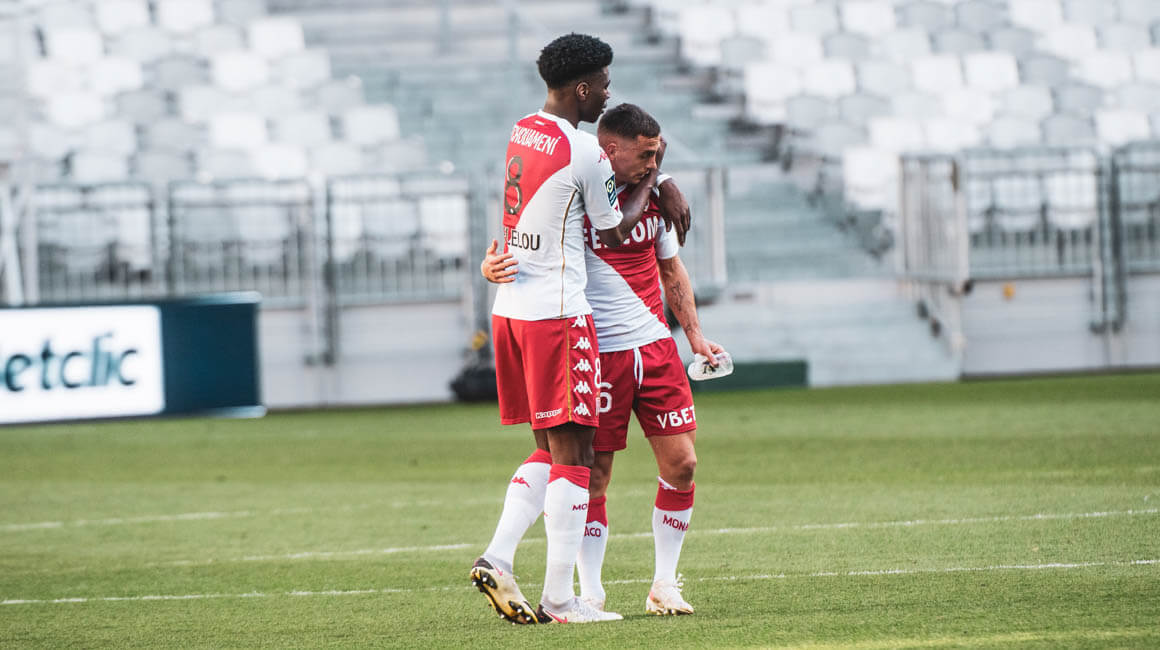