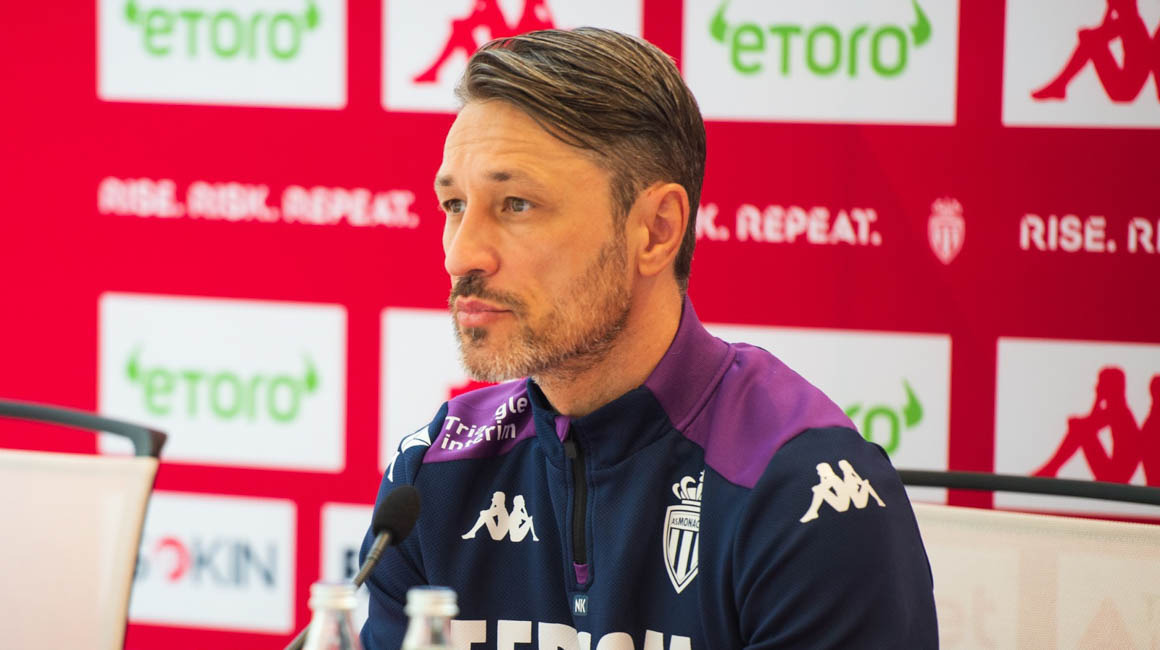 Two days before the team's trip to Brest this Sunday (5 p.m.) as part of the 12th matchday of Ligue 1, Niko Kovac spoke at a press pre-match conference. Extracts.

AS Monaco are aiming to make it three in a row. After wins away to PSV Eindhoven (2-1) in the Europa League, on the occasion of the 200th European match in the team’s history, then at home against Montpellier (3-1) in Ligue 1, the Club will try to make it a third consecutive win Sunday in Brest (5 p.m.). Ahead of this match, here are some excerpts from from Niko Kovac’s press conference.

We are going to play a team which is currently at the bottom of the table, which has not yet won this season, but that is  dangerous and we have to be mentally and physically ready to face them.
Niko KovacAS Monaco Manager

The match in Brest

It’s not easy to play in Brest, we saw it last year (1-0 defeat), but we are going there to try to win. The latest results for Brest have been rather positive, with some good draws (especially against Lille, Lyon and Rennes), so we have to be careful and on our toes, but we have to win to continue our good streak.

The search for consistency

At the moment the league is a little strange. PSG are far ahead, Lens are also having a very good start to the season, but all the other teams have had their ups and downs. If we are to climb the standings we have to get on a winning streak. At the moment it’s very tight, we are four points away from second place. We are going to play a team which is currently at the bottom of the table, which has not yet won this season, but that is  dangerous and we have to be mentally and physically ready to face them.

The start of the season for Caio Henrique

I am very happy with Caio’s performance. Last season I was already very happy, even it took him a little while because he was coming off six months without playing and had contracted COVID-19. Since the match in Dijon last season, he has made great progress and at the moment I could even say that he is our best player. He is very good defensively and offensively he brings a lot. He’s already on seven assists, up from five last season. This proves that he has progressed in delivering a final ball pass, that he is able to find his teammates better. He works hard every day, he is always serious and involved and even though he is still young, he is an example for our young players.

We must have results but also give our young players the opportunity to show their qualities. We therefore speak regularly with the coaches from the Academy. AS Monaco has always had very talented young players. This is the case with Benoît Badiashile and Eliot Matazo, but also for Maghnes Akliouche and Félix Lemarechal, who are the latest to join the first team and who have real potential for the future. They are training with us but they also need to play 90 minutes. They played their first Ligue 1 match in Lyon, which was a reward for them because they had worked very hard. They have to continue like this because if they do the right things, they will undoubtedly become good Ligue 1 players.

The good form of “Yedderland”

It’s no excuse, but as a former player I can tell you it’s tough when you don’t have an entire preseason. Wissam and Kevin missed several weeks of preseason due to the Euros. Their peak form is starting to make itself known now, their movements on the pitch are much sharper and their recent performances have been very good. Wissam’s goal against Montpellier, on a magnificent cross from Kevin, that’s something where few players who could do something similar.