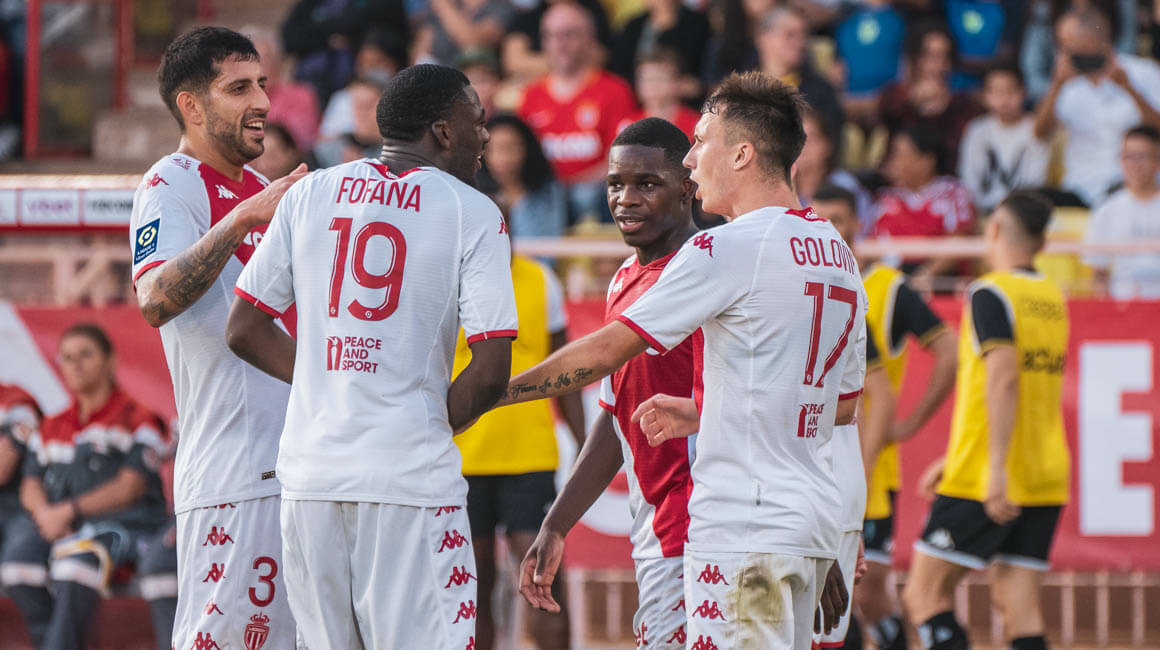 Thanks to two goals scored in the second period by Breel Embolo and Aleksandr Golovin, the Rouge et Blanc beat Angers (2-0) to move up to sixth place in the standings, three points off the podium.

After four games without a win, AS Monaco wanted to pick up three points against Angers. It was job done with a 2-0 victory, with both goals coming in the second half. For this match, Philippe Clement decides to play a 3-4-1-2, with Maghnes Akliouche on the right flank. Malang Sarr, Ismail Jakobs, Eliot Matazo and Takumi Minamino returned to the starting XI, while Axel Disasi started his 100th game in Monegasque colors.

💯 matches for Axel Disasi with the Diagonale!

A story of penalties

The start of the match was a close affair between the two teams, with the Angevins playing in a low block. But was the visitors who created the first chance with a penalty won by Adrien Hunou and then logically cancelled by VAR for simulation (19′). Shortly thereafter, Guillermo Maripán made a magnificent clearance off his line by keeping out a shot from Yan Valery (21′).

These two chances would wake up the players of AS Monaco and Wissam Ben Yedder, from a tight angle, was denied by Yahia Fofana, who did well off his line (34′). The captain, in good form at the start of the match, then forced Ibrahim Amadou to commit a foul in the area to win a penalty (40′). He then was set to take it himself but the goalkeeper anticipated well and saved the attempt to his right (41′). 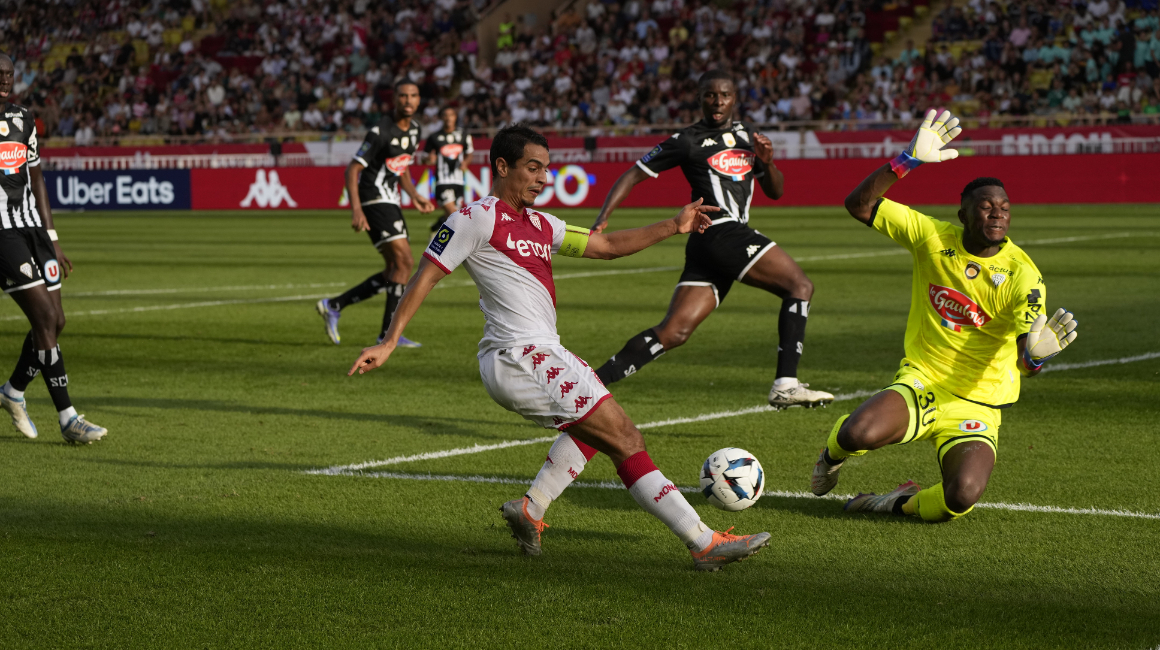 The match was springing to life and Angers were denied – again logically – a goal by Azzeddine Ounahi for offside. Then it was the turn of Takumi Minamino to try his hand from the edge of the area but Yahia Fofana (44′) made a fine save. After the decisive saves of the Angers goalkeeper in the first half, it was then Alexander Nübel’s turn to prove himself in the second half by keeping out a powerful attempt by Pierrick Capelle (51′).

It proved to be life-saving save since AS Monaco wopuld open the scoring only two minutes later through Breel Embolo (53′). The Swiss striker took advantage of a perfect cross from Vanderson, who had come on at the break, to score from close range. It was his sixth goal in Ligue 1 this season and a first assist for the Brazilian wingback.

A beauty from Golovin on his 150th appearance

After the opener, Philippe Clement decided to bring in new blood in the form of Aleksandr Golovin (55′) and Kevin Volland (68′), who made his 100th appearance with AS Monaco. This coaching paid off as we found them each involved in the second goal scored by the Rouge et Blanc, the German with the assist and the Russian providing the finish.

From the edge of area, he cut inside to fire his strike perfectly past Yahia Fofana in to the top corner (70′). Golo’s 150th appearance was thus celebrated in the best way possible, with his second goal of the season.

The second goal for AS Monaco came 20 minutes from time, and we were then content to manage the game. The Monegasques won by the score of 2-0 and tasted success again after four games without a win in all competitions. They temporarily moved up to sixth place, three points from the podium before the last matches of the day.

Embolo and Golo's goals get us back to winning ways! 😍

The team’s next match comes against Red Star Belgrade in the Europa League this Thursday (9 p.m.) at the Stade Louis-II in what will be a decisive match in this competition. They will then travel three days later to Toulouse (3 p.m.) for the 14th round of Ligue 1.