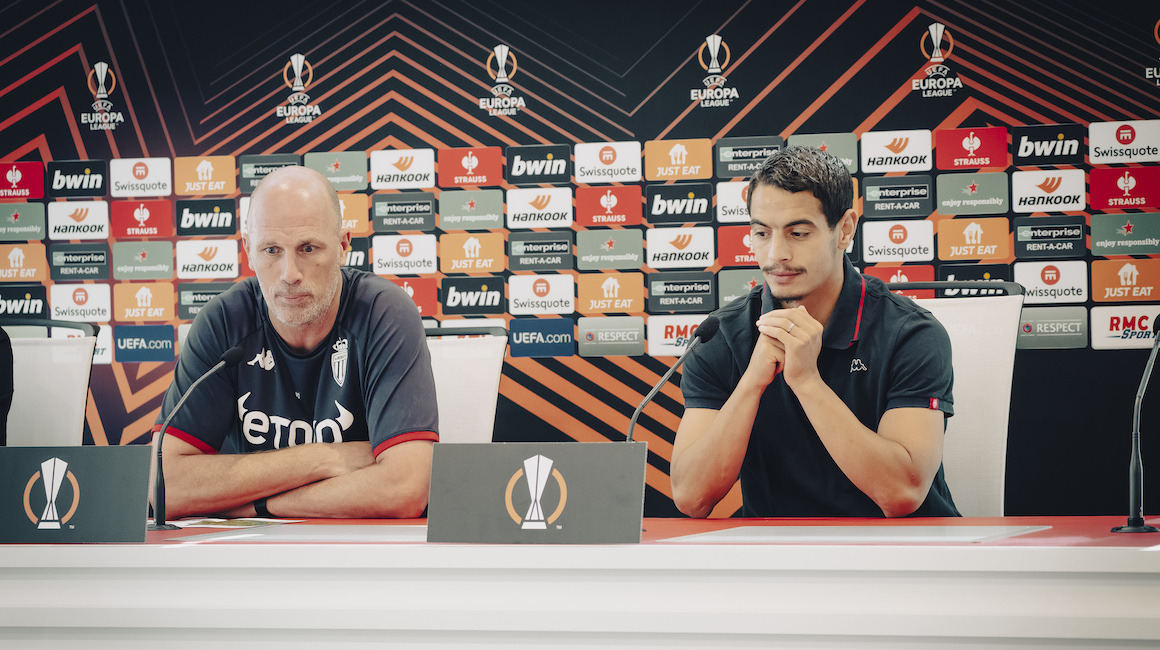 Eager to see the current good form of AS Monaco in the league continue in the Europa League, the Belgian manager spoke on the eve of a visit from Trabzonspor to the Stade Louis-II (6:45 p.m.).

Strike the iron while it is hot. This is the objective of Philippe Clement’s men, on the eve of hosting the Turkish side Trabzonspor, as part of the third matchday of the Europa League (kick-off 6:45 p.m.). The Monegasque coach wishes to keep up the current good form of the Rouge et Blanc in Ligue 1, where they’ve been winners of their last four outings, to stay in the race for first place in Group H.

The experience of Trabzonspor

I spoke with my players after the game against Ferencváros. For me the first half was not good enough. There was a reaction in the second, but they punished us on the counter. Against Trabzonspor, we will have to play for 90 minutes with our qualities. And even with that, the result will not be guaranteed, because they are a team with a lot of experience. They have many internationals used to European matches, such as Marek Hamsik, who has more than 130 caps with his country (135, editor’s note), Trézéguet (57 caps with Egypt) or Marc Bartra. But they will have to fight against our young lions and Wissam (smiles with the captain). 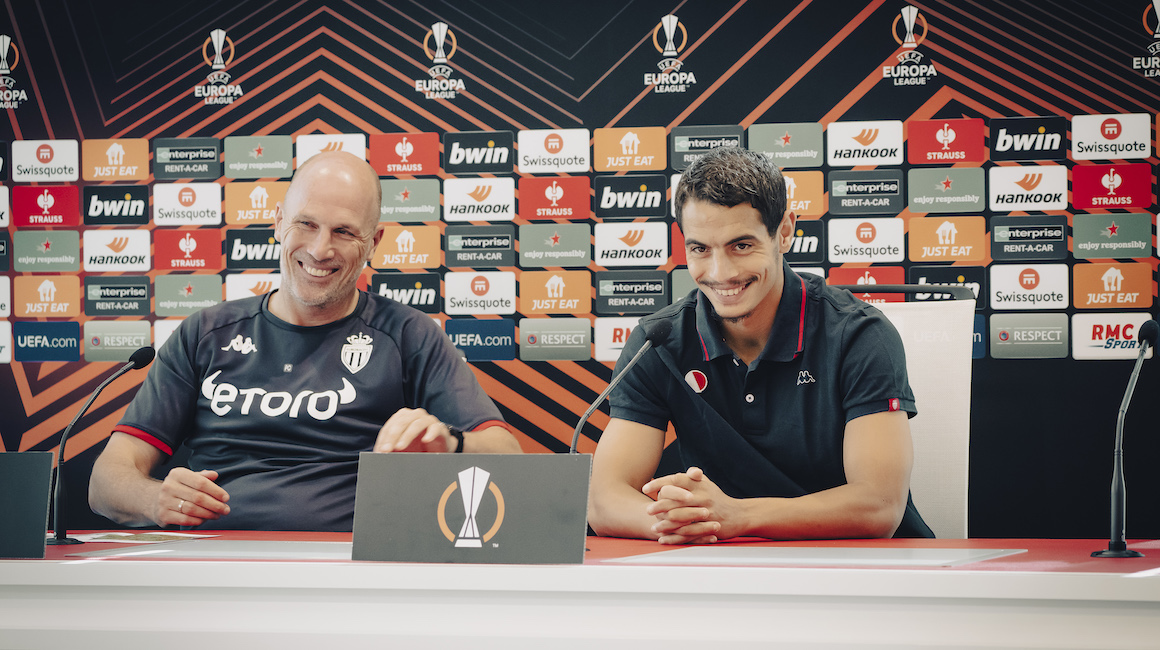 A match which is important but not decisive

There are six matchdays, so it’s not a turning point. We must not look at the others, but stay focused on our game, our qualities and impose our tempo. In this group, there are four teams of an equivalent level. It’s up to us to prove at the end that we can be the best, and it will only be after six games that we will have the answer.

I really liked Wissam and Breel's match against Nantes. But Wissam also did very good things in Paris, for example, when he was playing by himself in attack. It doesn't matter the tactical system in the end, it's the movement that matters.
Philippe ClementOn Wissam Ben Yedder

Continue on from Nantes

I am always ambitious, I want to play even better in every game. And it’s the same with my players. I was happy with their match against Nantes, and I hope to see the same application against Trabzonspor. I want even more communication among ourselves, and fewer goalscoring opportunities for the opponent. But these are two different teams, so every match will have a different story. In any case, I want my players to start the game with a lot of energy, and never stop trying throughout the game. If we play all the games completely, it is certain that we will have a very good season come the end of it.

A look at Wissam Ben Yedder

I really liked Wissam and Breel’s match against Nantes. But Wissam also did very good things in Paris, for example, when he was playing by himself in attack. It doesn’t matter the tactical system in the end, it’s the movement that matters. His hat trick? I saw Karim Benzema miss chances this weekend, it happens to all great strikers, to have ups and downs. I knew he was going to regain the efficiency that is his trademark. But I insist on the fact that it is not always necessary to look at these statistics in a striker, but to also look to their style of play and impact on the team. 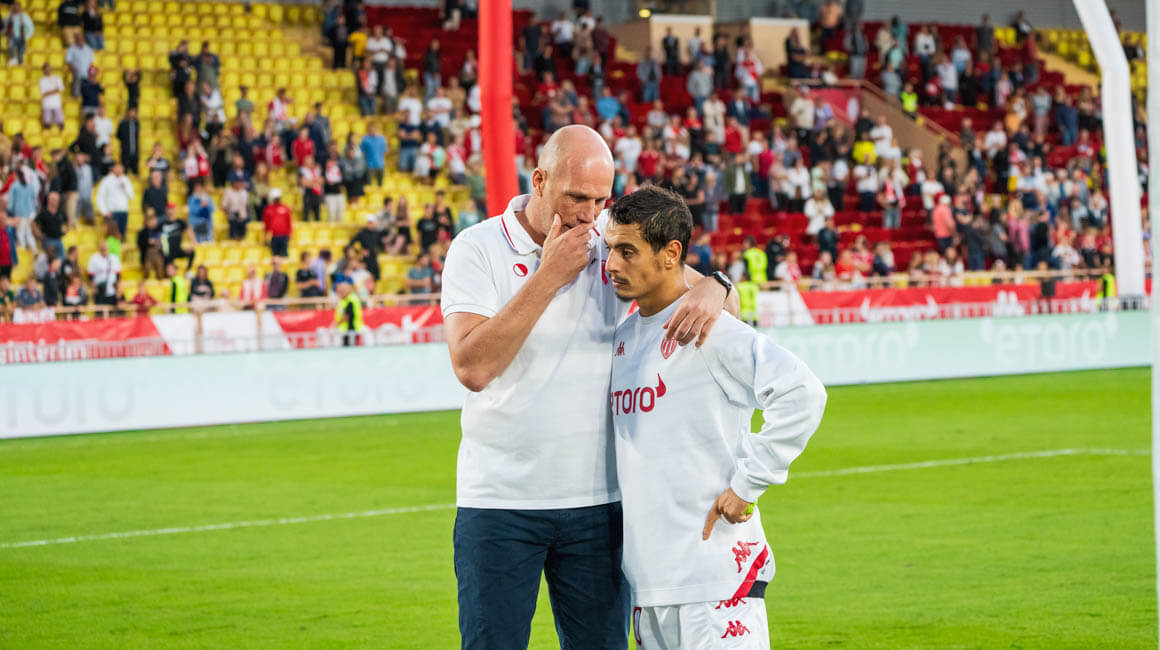 It’s the same in all positions, whether in attack or elsewhere. In a club like ours with ambitions, all positions have competition, it’s normal to be able to play in three competitions. This is also the case with Paris, Rennes… Until now, all the players have had playing time since the start of the season, apart from the youngest, Yann (Lienard) and Yllan (Okou). But we are still at the start of a long season, so everyone will have a chance. And it’s a very good thing for me to have these choice.

Kevin has a lot of experience, he always works very hard for the team, also without the ball. He has a good connection with Wissam, given that they played and scored a lot together.
Philippe ClementOn Kevin Volland

On the return of Kevin Volland

Kevin has a lot of experience, he always works very hard for the team, also without the ball. He has a good connection with Wissam, given that they played and scored a lot together. There is strong competition in attack, but we will need everyone in the coming weeks. What is our strength today is also to defend with power, as a team, and Kevin represents this state of mind well. 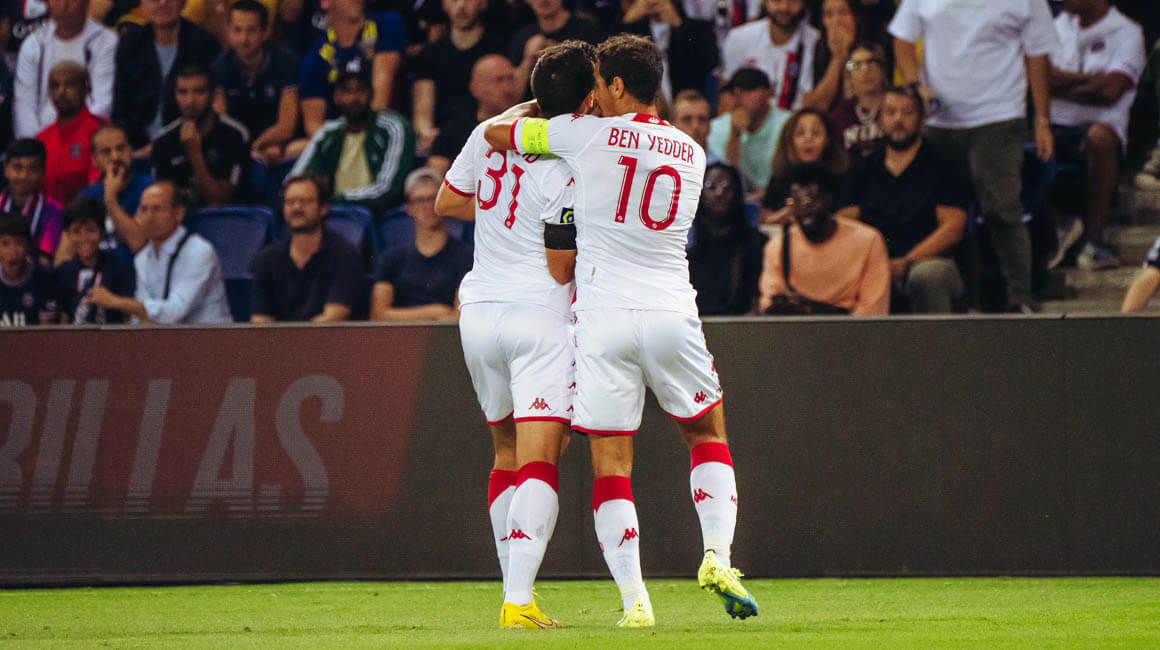 The rise of Aleksandr Golovin

So far I am very satisfied. Sometimes he is a little tired at the hour of play or after 70 minutes, so we don’t take any risks and we take him off. This is the strength of this team, to be able to replace players, without losing quality. And this must continue in the coming months. Since I arrived here, Golo’ has improved a lot, especially physically. He does a lot of work off the ball, and he’s got a lot more muscle now. We will see where its limits are, but I am very happy with its performance.

📺 Catch the highlights of the match 🆚 Nantes!