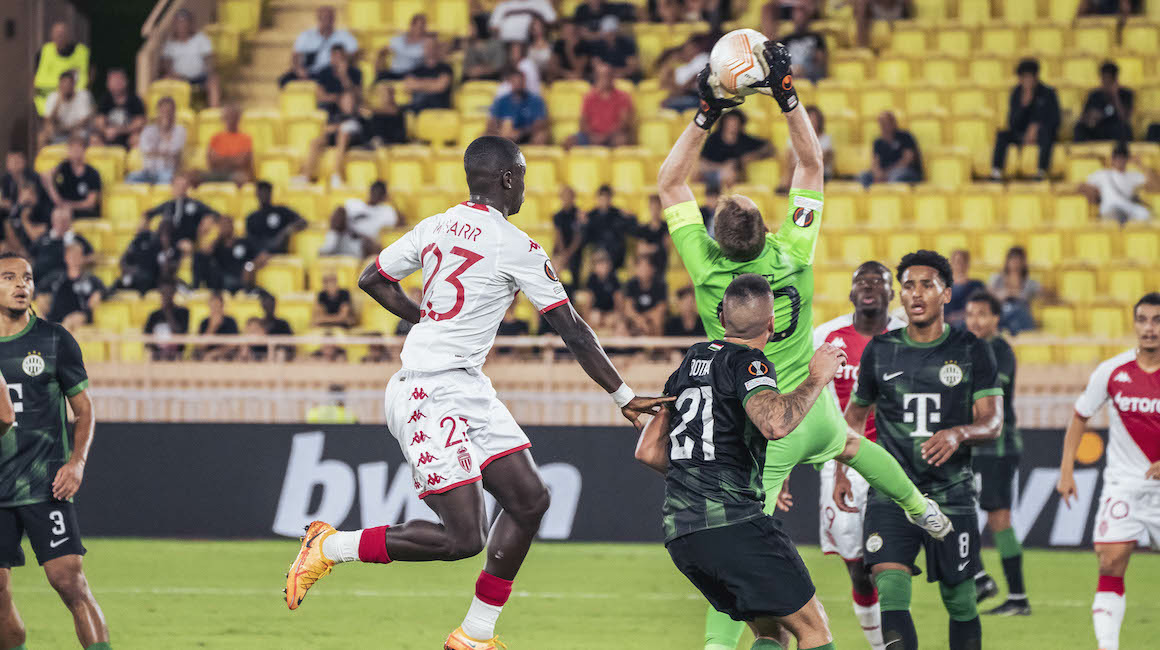 Dominant on the evening, but caught out in the last quarter of an hour, the Rouge et Blanc lost to the reigning Hungarian champions (0-1), on the second matchday of the group stage of the Europa League.

Cruel. At the end of an even match, but one which lacked in chances, the players of AS Monaco fell to Ferencváros, as part of the second matchday of the Europa League (0-1). In order to play with stability, Philippe Clement decides to play once more his 3-4-3 , which had been used during the last three victories by the Rouge et Blanc. Wissam Ben Yedder started in attack, as did the two newest French internationals, Benoît Badiashile and Youssouf Fofana. 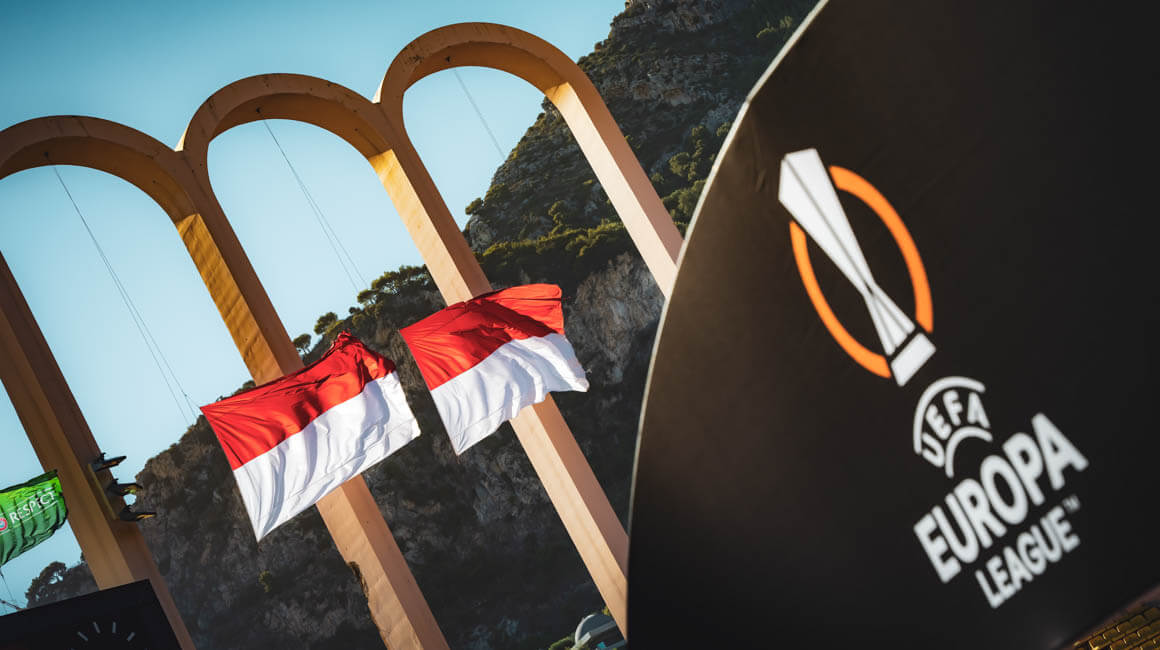 A balanced but blunt start to the match

The first chance came in the seventh minute of play on a cross from Caio Henrique for his captain, but his header drifted wide. Ferencváros’s timid reply came from Samy Mmaee on a shot which was off target (10′). The Hungarians, however, thought they had opened the scoring when Tokmac Nguen tried to spring the offside trap (20′), but he was finally flagged off.

Then came another chance for the visitors, this time on powerful attempt by Adama Traoré, from which Alexander Nübel, who had five saves against Red Star Belgrade, made a magnificent stop (32′)! The two FTC wingers would remain dangerous, but the Monegasque response was immediate and it came from Aleksandr Golovin, well found by Wissam Ben Yedder (34′), but his effort was unfortunately denied by Dénes Dibusz.

Just before half-time, it was Aïssa Laïdouni  who again called the Monegasque goalkeeper into action, with a direct free kick that Alex “The Wall” Nübel punched over his crossbar (40′). Then Adama Traoré failed to get his effort on target (45′). Returning from the locker room, Philippe Clement decided to bring on Ruben Aguilar and Maghnes Akliouche to energize the right wing. And it worked, as the academy-trained winger created a chance for Aleksandr Golovin (46′).

A double substitution at HT…

Shortly thereafter, Youssouf Fofana tried his luck from 20 meters, but his effort was blocked and then captured by the Hungarian goalkeeper (51′). Stanislav Tcherchessov’s men struggled to establish themselves, except on a speculative effort by Tokmac Nguen (61′). The match remained balanced, as both sides made several changes.

A big chance indeed, would fall to Ismail Jakobs, who had just come on, to take advantage of a Hungarian mistake at the back… but his low shot was stopped by Dibusz (74′)! It was then Maghnes Akliouche, making his first appearance in European play who came very close to winning a penalty (77′).

Unfortunately the referee signaled to play on, and it was finally Ferencváros who opened the scoring, against the run of play, through Bálint Vécsei (0-1, 80′). Breel Embolo’s late header in added time changed nothing, and AS Monaco would be disappointed on this second matchday of the Europa League (0-1). 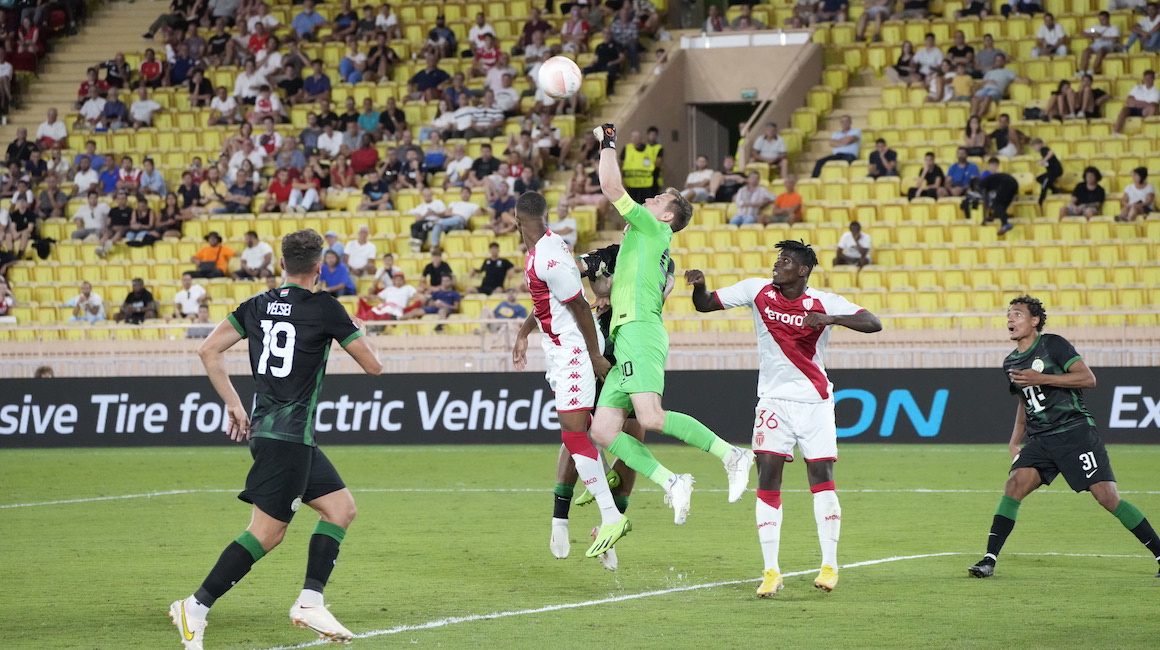 We will have to react against Trabzonspor at the Stade Louis-II on October 6th. Before that, the Rouge et Blanc will have another opportunity in the league, away to Reims on Sunday in Ligue 1 (1 p.m.).