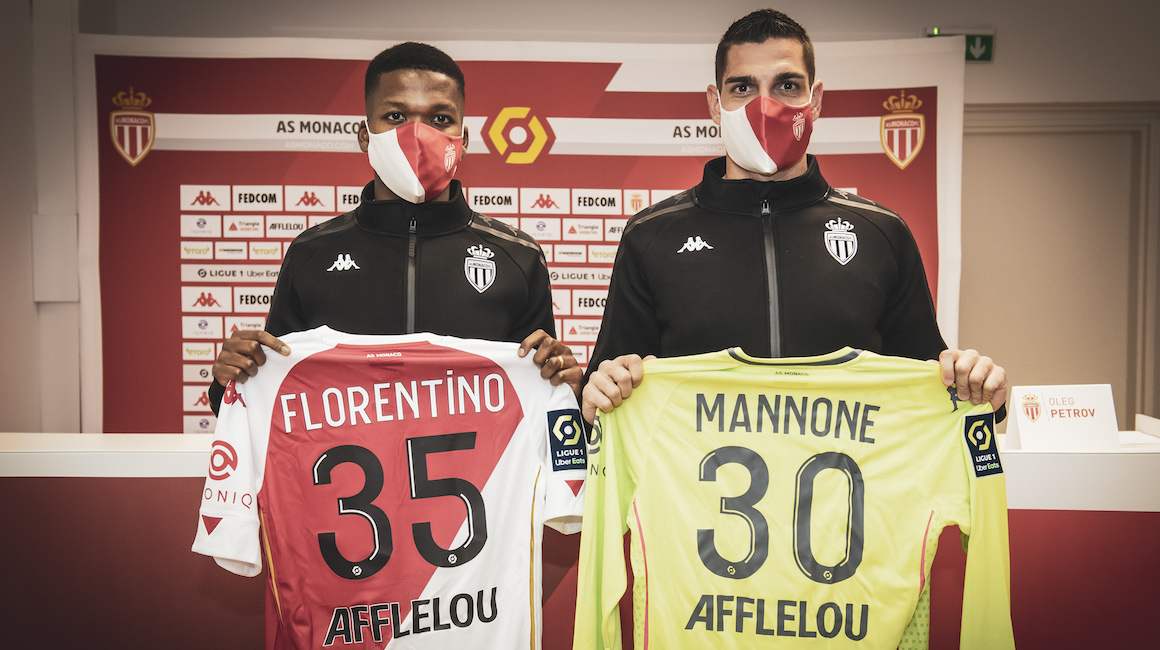 Florentino Luis à l’AS Monaco
Two days before Montpellier's visit to the Stade Louis-II, the last two recruits in the transfer window of AS Monaco, Florentino Luis and Vito Mannone, were presented to the press.

They are the last two to arrive in Monaco’s transfer window. The young Portuguese midfielder Florentino Luis (21 years), loaned from Benfica, and the experienced Italian goalkeeper Vito Mannone, who were presented to the press today, two days before hosting Montpellier at the Stade Louis-II (15h). The Portuguese U21 international, part of his national team during the international break. He took the opportunity to tell us a little more about his style of play, having already had his baptism by fire in Ligue 1 since he came into play at half-time against Brest two weeks ago. Here are excerpts.

Florentino Luis: “Niko Kovac likes to press high up the pitch and it’s a style that I like”

Paul Mitchell: “We also welcome Florentino to our AS Monaco family. He is proof that we are looking for very competitive profiles for each position, to bring competition into the squad. He comes from Benfica, with whom he has played at the highes level in the Champions League and the Europa League. He is also a Portuguese U21 international, having been called up in all of his country’s youth sides. He will therefore bring additional competition to midfield. 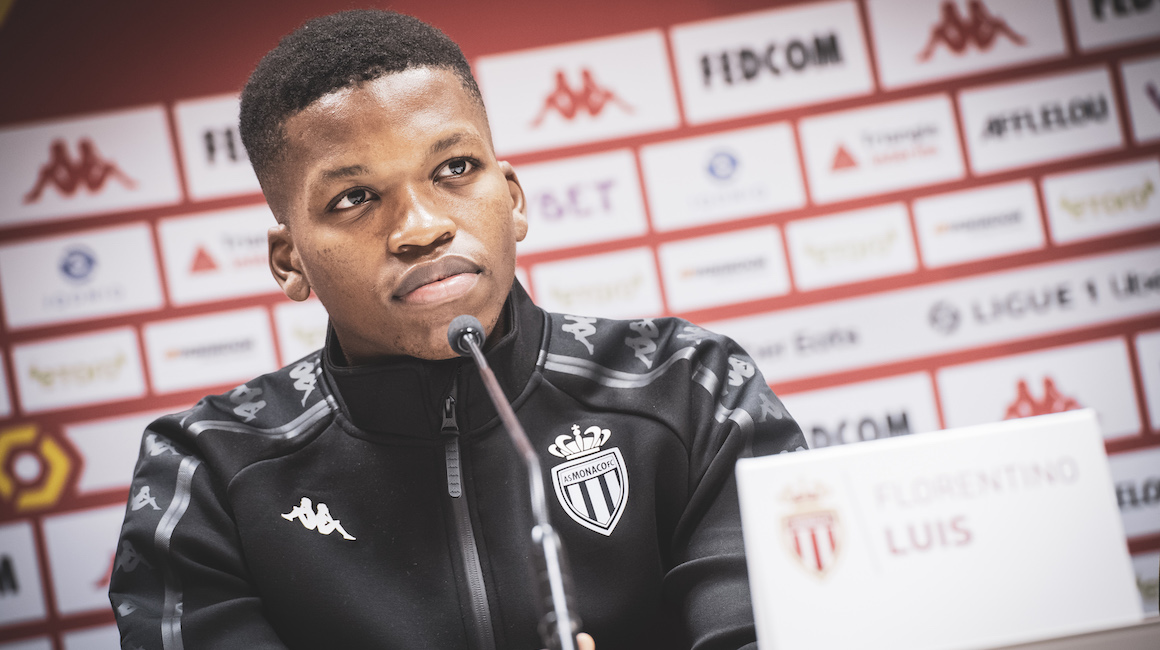 His arrival:
It’s a pleasure to be here in Monaco. During the transfer window there were a lot of opportunities, but as soon as Monaco arrived I accepted coming here straight away. This is a club that was champion in 2017 and played in a Champions League semifinal recently. I am convinced that this is a club that will be able to help me grow. I’m happy to be here, I want to build on this season and grow as a player. I want to take advantage of every moment to improve my football.

His position:
I’m more comfortable as a number 6, a sentry in front of the defense. But I must say that if the coach wants to call on me to another position, I will be very happy to do so.

His role models:
A lot of very good Portuguese players have already played here. And overall, AS Monaco have always had very good players. My idol, the player who has always inspired me, is Sergio Busquets, although in other roles I really liked Thierry Henry when I was little. Currently, Paul Pogba is a player that I also watch.

The league and the team:
Portugal and France are two different leagues. From what I’ve seen since my arrival, we have a very good team, very competitive and Niko Kovac is a great coach who has clear ideas. He likes to press high up the pitch and that’s a style that I like. And I must say that being the team who have run the most in the league is a good thing, because I think it will get us results.

Vito Mannone: “As I always have, I’m training like a number one”

Paul Mitchell: ” It’s always difficult to recruit a good, experienced goalkeeper and we are happy to have Vito among us and we will build with his experience. He finished as the top goalie in MLS last season, and I think he’s going to help young Radoslaw Majecki progress and allow Benjamin Lecomte to be even better.” 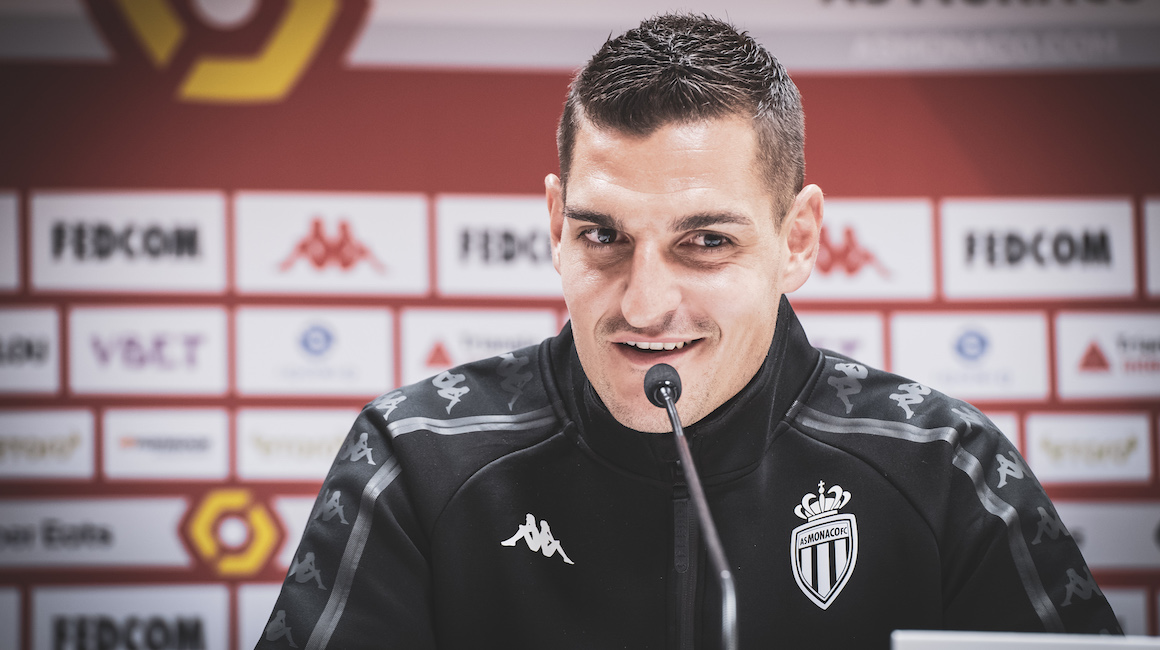 His arrival:
I knew AS Monaco before coming here, it’s a very big club. Seizing the opportunity to find a top club, not only on the national but also European stage, was a great opportunity for me. So I’m delighted to have arrived at AS Monaco.

His relationship with Benjamin Lecomte:
It’s true that my adventure here started very quickly, because the day after I arrived, I was in the squad. Since then I have been able to work in training and I continue to get to know my teammates little by little. Regarding Benjamin and Radoslaw, I didn’t know them before but we already get along very well and we are working hard to pull each other up.

His goals:
Before arriving, we spoke with the management. I was coming to be part of the trio of goaltenders in the workforce. I am ready to be available if the coach calls on me. As I always have, I’m training like a number one and I really want to be available when the coach and the team need me.

His return to Europe:
It was really a great experience that I had in the United States, both in football and in human terms. This followed an experience in England, in the Premier League. Ambition has continued to drive me and I wanted to come back to Europe.

His role models and Ligue 1:
As I was trained at Atalanta Bergamo, I have to have Italian goalkeepers like Angelo Peruzzi and Gianluigi Buffon as role models. In Ligue 1, I have filled my afternoons by watching a lot of matches to learn a little more about this new league that I am discovering. There are a lot of talented players who have played here in Monaco, like Thierry Henry, and the same is true  now. I am very happy to discover this new league.