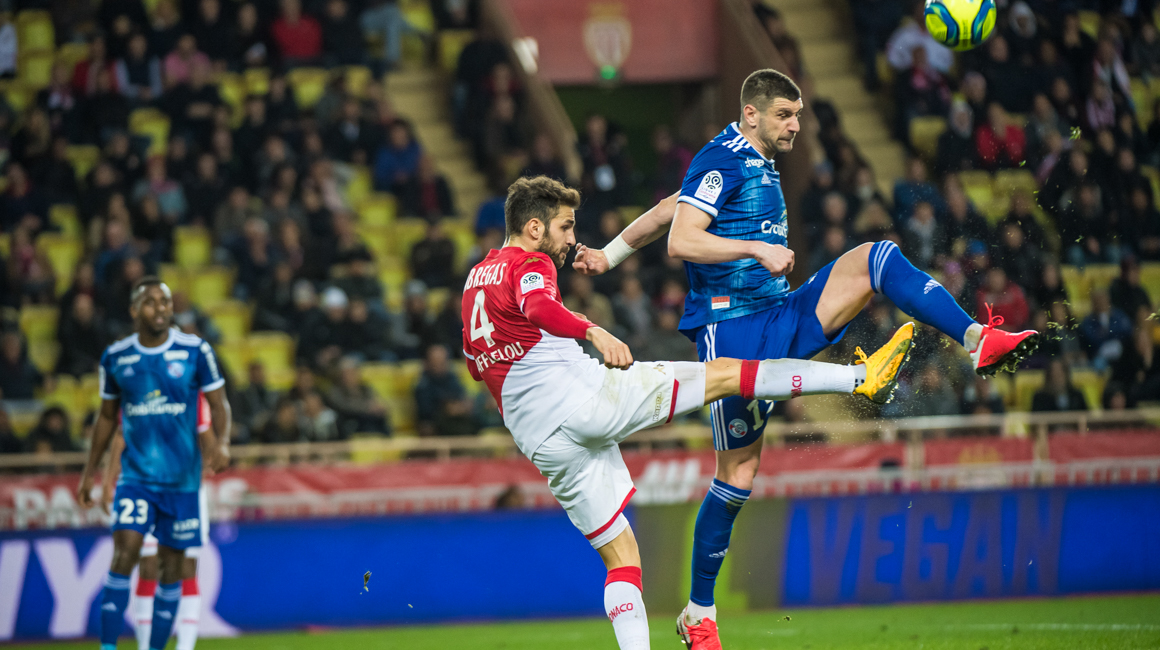 Cesc Fàbregas: "The best position for me now"
After a difficult start to the league campaign, RC Strasbourg won its first points last week by defeating Dijon (1-0). Here's all you need to know about the Alsatian team, which faces AS Monaco this Sunday at 3 p.m. at the Stade Louis-II, as part of the 5th matchday of Ligue 1 Uber Eats.

After Stade de Reims and FC Nantes at home, next is a visit from RC Strasbourg at the Stade Louis-II, this Sunday at 3 p.m. The Alsatians, who have just recorded their first result are the opponents for AS Monaco for this 5th matchday of the Ligue 1 Uber Eats season.

On the first matchday of Ligue 1, on August 23, RCSA seemed to have launched its season ideally when Mehdi Chahiri opened the scoring on the half-hour mark away to FC Lorient. After that, however, nothing more: Les Merlus scored three unanswered goals and won the match (1-3). Nice (0-2) and Saint-Etienne (0-2) then put the Alsatian team to the sword, as they have now scored only two goals since the start of the season, and have more worringly conceded six in the second half (out of seven total conceded goals), at least two more than any other team in the league.

After these three initial defeats, Strasbourg got their heads aboe water against Dijon last Sunday at the Meinau thanks to a goal from captain Aleksandr Mitrovic late in the game. It was a matter of deliverance for the players of Thierry Laurey, who had not won for six matches in Ligue 1. Among the players to watch for RCSA side, Niko Kovac and his players should be especially wary of Adrien Thomasson, who has scored a goal during each of his last 5 matches against Monaco in Ligue 1 (1 with Nantes then 4 with Strasbourg). By adding to this statistic the fact that Strasbourg have never started a season with 3 losses in a row away since the 2000/2001 season, the Red and Whites will be warned!

We're playing at home so we want to win this match. When you are at home you have to take points. We lost some in the dying seconds in Rennes, here we have the opportunity to recover them.
Niko KovacManager, AS Monaco

The first part of last season I wasn't feeling my best. But from the beginning of 2020 I have had a better sense of things and there since the arrival of Niko Kovac, I feel really good. We work a lot physically, especially in the middle of the week, and I feel very good at the moment.
Cesc FabregasMidfielder, AS Monaco

The last two years, we have performed well in Monaco. But every game is different. From the outside I think Monaco have a better squad than last year.
Kenny LalaDefender, RC Strasbourg

AS Monaco – RC Strasbourg, by the numbers…