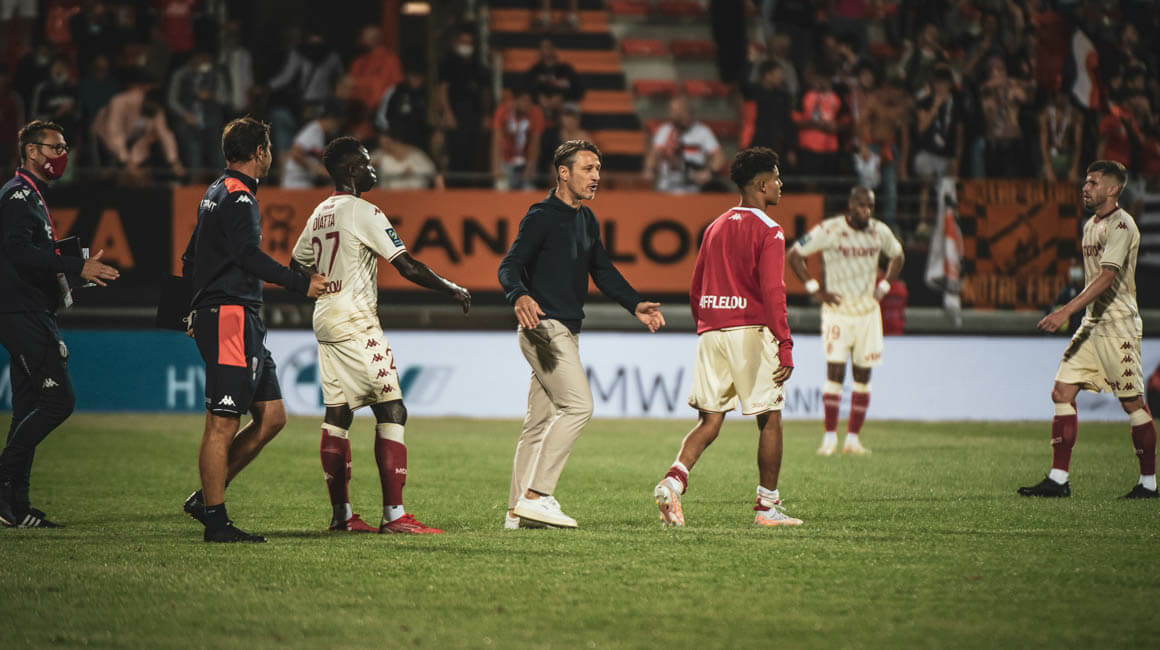 A frustrating loss for the Rouge et Blanc in Lorient
The coach and captain of AS Monaco gave a press conference after the team's defeat against Lorient (1-0). Here is their analysis of this match.

AS Monaco were dominant throughout but failed to find a breakthrough in the Lorient defense on Friday, in the first match of the second round of Ligue 1. After this defeat (1-0), Niko Kovac and Axel Disasi gave their impressions of the match at a press conference.

A point after two games is not what we expected but we are not tired because we are well prepared and we have a good squad, with good finishers who can come off the bench at any time to make a difference.
Niko KovacManager, AS Monaco

Niko, is it annoying not to have brought  back a point from Lorient despite your domination?

As against Nantes, we dominated the match but we only had two or three clear chances. And we know that in football carelessness can be costly. Last week it was on a corner, here it is on a penalty. Then it became difficult. In this type of match, it is better to open the scoring and thus push your opponent to expose themselves and leave spaces… Unfortunately, the opposite happened. They had no chances except the penalty but defended well, playing a very low block; we must congratulate them.

Has this sequence of matches had a physical impact on your players?

A point after two games is not what we expected but we are not tired because we are well prepared and we have a good squad, with good finishers who can come off the bench at any time to make a difference. There is enough quality in the team. Even though the boys gave their all, things were more difficult tonight, Tuesday was better, we have to accept it and recover well because we have another important game on Tuesday against Shakhtar.

Aleksandr Golovin and Kevin Volland seemed to struggle late in the game. How are they?

We will assess the situation well for Golo, he is an important player for us. If it’s just a knock he’ll be available on Tuesday, if it’s a little more serious we won’t take the slightest risk, we will give him time to recover. And for Kevin, there is nothing to report.

What did you think of Strahinja Pavlovic’s first start in Ligue 1?

I am very happy with his first performance in Ligue 1. He did a very good job, he played simply, won his duels, did well in the timing of his tackles. This is a good omen. We have seen why he is and international for Serbia and he showed tonight that he also has the level to play in Ligue 1. It is sure that he will play many more matches in Ligue 1 and for AS Monaco. He is left-footed, like Benoît Badiashile, who has played several games and whom I wanted to let rest a little. Today Pavlo had his chance; he’s worked well in the preseason and during the week, which shows that we have a lot of quality within this squad. We will see him again this season. 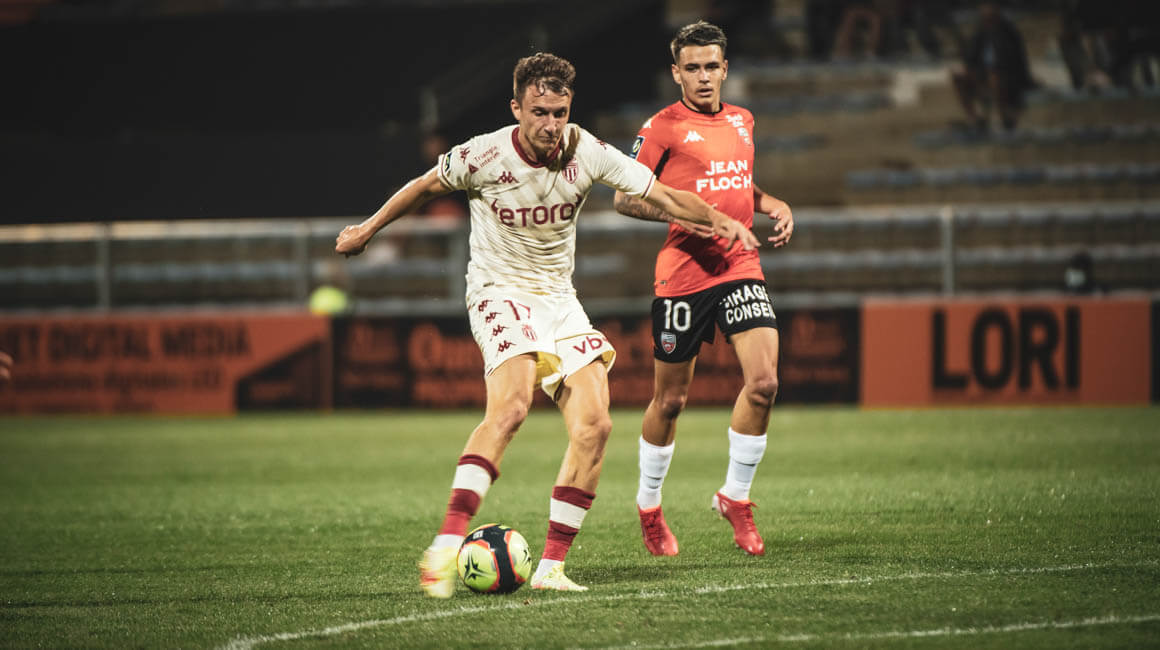 Axel, what did your team lack tonight to win a game that you had generally dominated?

Playing against a low block, it was necessary to improve our finishing, our final touch. Overall we tried everything, we were solid, we did not concede many chances. This does not mean we have to  throw away the work we’ve been doing; we have to focus on the good from this match, stay positive and move forward.

Is it a setback after going the first three matches unbeaten this season?

It’s not a setback, it’s only the second league game. The season is still long. We would have liked to have more points but we has some players come back quite late, like Wissam, Golo and Kevin, but the season is still long. Tuesday will be another competition, so we must switch gears immediately, that’s the novelty this year, we’ll have to focus on getting to the next step.

What did you think of the performance of Strahinja Pavlovic, your teammate in central defense tonight?

He’s a young player. Last season he had six  positive months on loan at Cercle Brugge and in preseason he showed his level. Today, the coach started him and he had a good game. 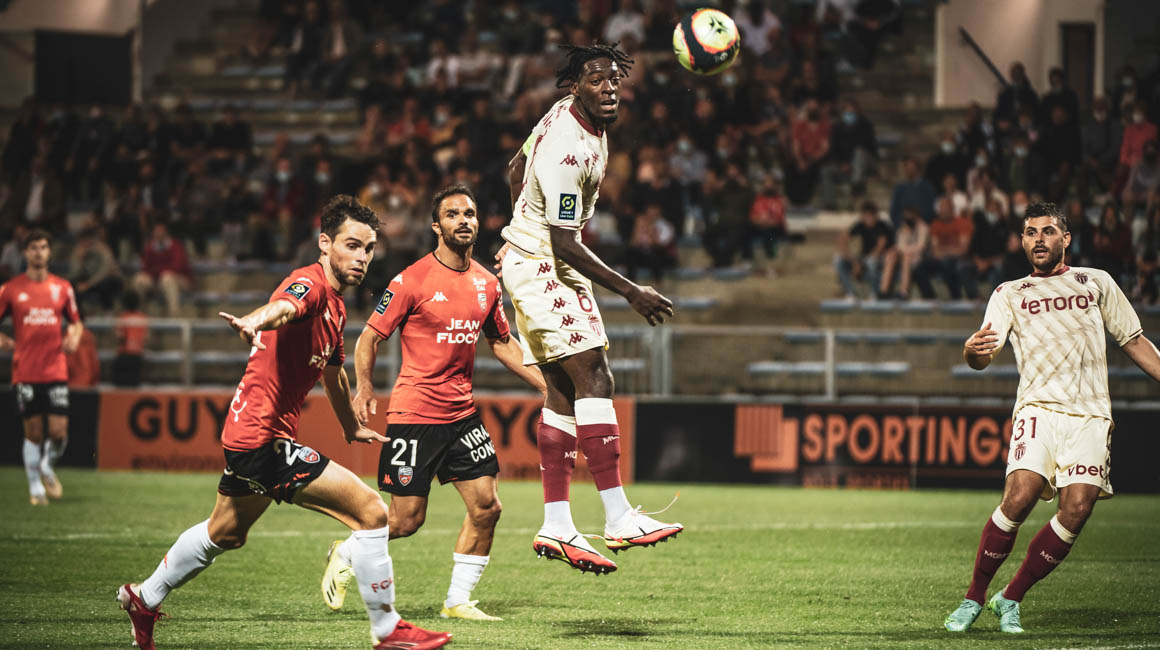