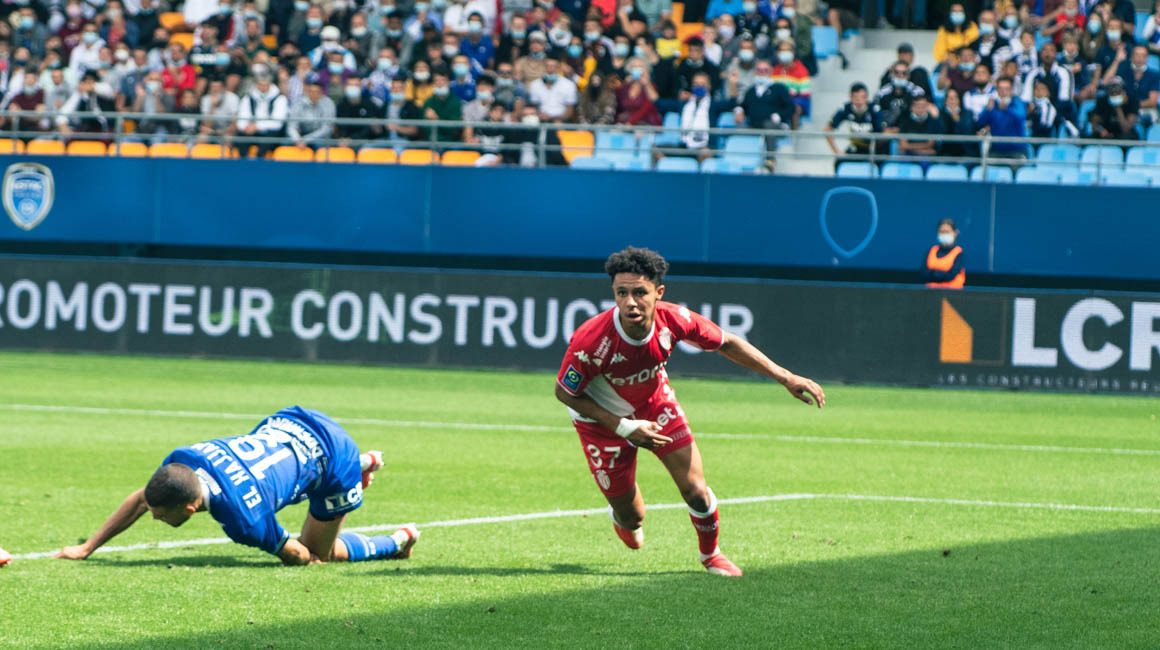 With a brace, the Rouge et Blanc number 37 gave AS Monaco a first league victory over ESTAC (2-1). He was therefore logically elected MVP of this match by you, the Monegasque supporters on the AS Monaco App.

It was almost as if he had scored a double to celebrate his first call-up with the French U-21s. Selected this week by Sylvain Ripoll to play two qualifying matches for Euro 2023, Sofiane Diop shone against Troyes on Sunday. Scorer of two goals – including third in all competitions – he allowed the Rouge et Blanc to record their first victory in Ligue 1 this season (2-1) and get the Monegasques’ season up and running. 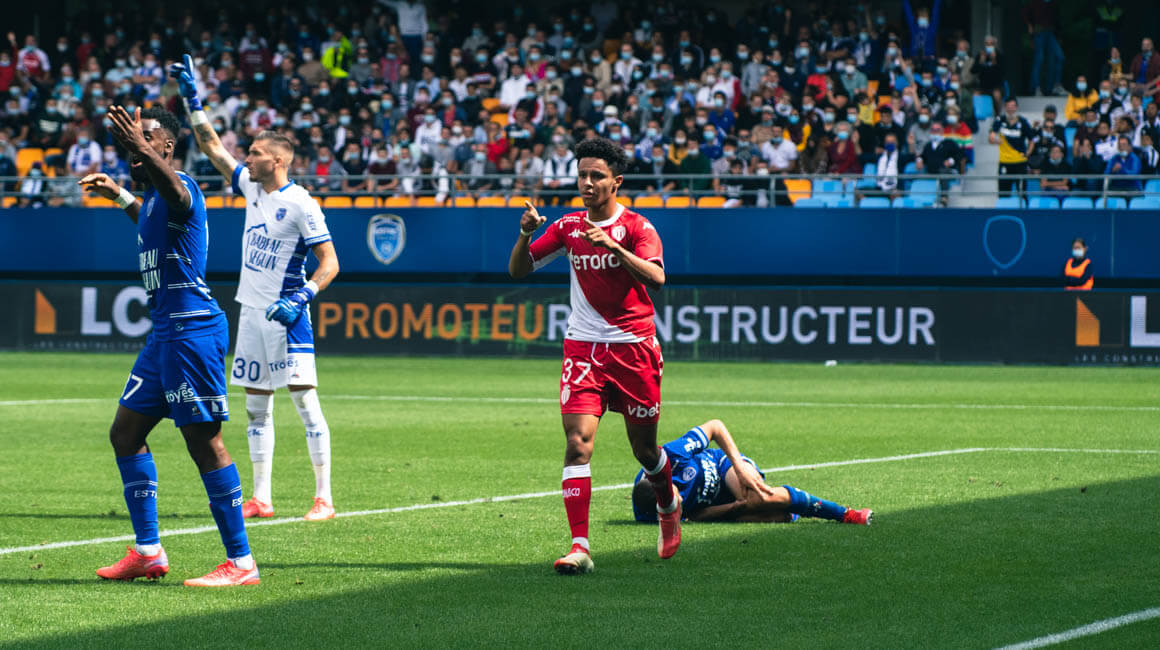 Two goals and in control

Starting for the fourth time in a row in the league, the young midfielder opened the scoring just before half-time. Well found by Wissam Ben Yedder in front of goal, all he had to do was tap the ball into the net (40′) to open the scoring.

Then on the hour mark, after Troyes had leveled the score, Sofiane Diop took advantage of a magnificent long ball from Youssouf Fofana to win his duel against Gauthier Gallon (57th), scoring with a cold-blooded finish. With eight ball recoveries, he was even close to a hat trick a minute later but effort was blocked by the Trojans’ goalkeeper.

Only Amine Gouiri has done better

No matter, though — the newly minted French U-21 international had his first brace in the top flight and allowed AS Monaco to record their first victory. Sofiane Diop also confirms his rise since the start of last season, and his return to the Principality club. With nine goals over this period, he ranks second among French players aged 21 or under across the five major European leagues — only Nice’s Amine Gouiri has done better (15).

This statistic and his match logically earned him his first MVP of the season, with 81% of the fans’ votes on the AS Monaco App. Bravo Sofiane!