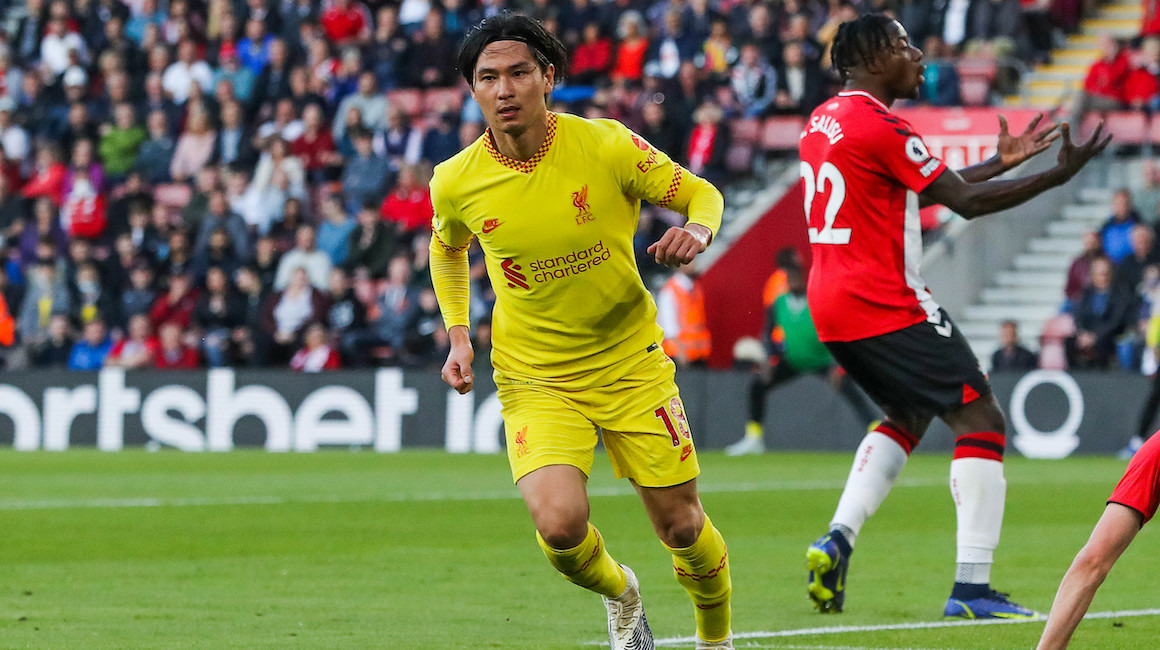 Takumi Minamino: "I was attracted by the AS Monaco project"
A few hours before AS Monaco's last friendly of the preseason, to be played England, against the side who finished 15th in the Premier League last season we break down the Rouge et Blanc's next opponent...

Last stop! Before the real kick-off to their season against PSV Eindhoven on Tuesday (8 p.m.), as part of the third preliminary round of the Champions League, the Club faces Southampton this Wednesday (8:45 p.m.). For their last preseason match, Philippe Clement’s men will challenge the side who finished 15th in the Premier League last season. Before the match kicks off, here’s a look at the opponent of the day. 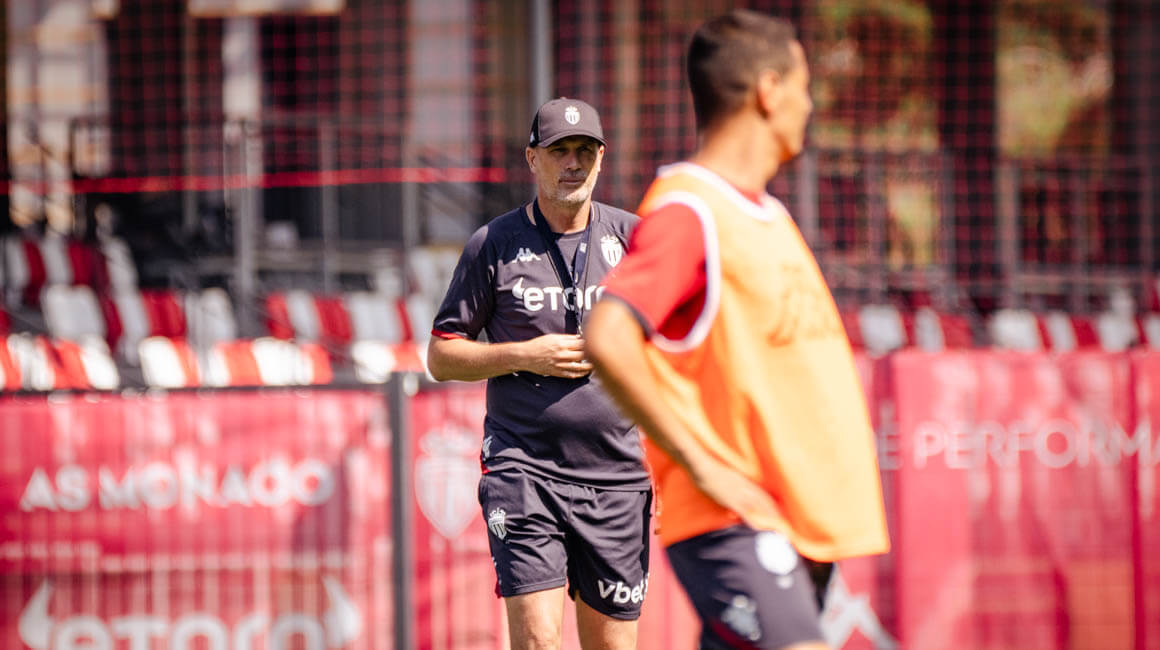 Nearly a century-and-a-half of history

Southampton FC, a club from the city of the same name, was created in 1885! More precisely, it was called at the time the St Mary’s Church of England Young Men’s Association. Because historically, the institution was founded by a church (the association of young men of Sainte-Marie, literally). Nine years later, it took on professional status and was finally renamed Southampton Football Club in 1897. Since then, the “Saints”, nickname given in reference to its founders, have been bouncing between the Premier League and the lower divisions — for 137 years! 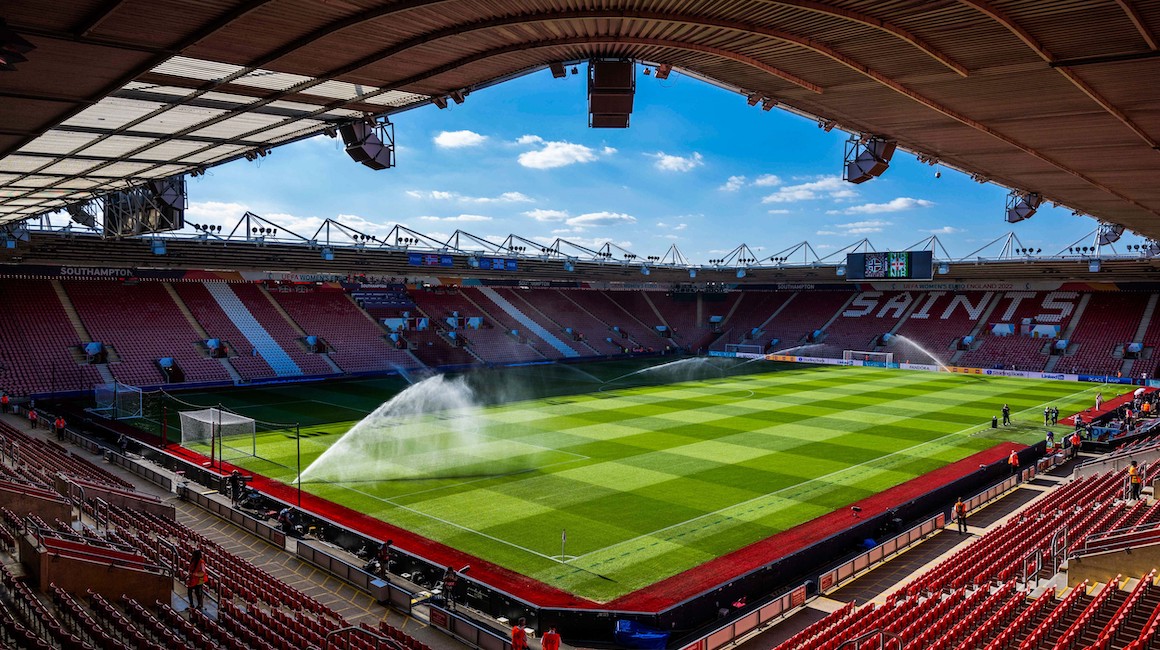 A new stadium, a special song

Since 2001, the Saints have played at St Mary’s Stadium, named again in a nod to the history and creation of the club. Previously, the team welcomed its supporters every fortnight to “The Dell”, their old ground built in 1898. The former stadium was also be one of the theaters for a run in which the team from the south of England won its only major title: the 1976 FA Cup. The move, however, does not prevent the fans from singing the famous “Oh When The Saints Go Marching In” in every match a song by the illustrious trumpeter Louis Armstrong. Wonderful!

Rouge et blanc in the blood

If we were to draw a parallel between AS Monaco and Southampton FC (for lack of comparable records), we would obviously be talking about the colors of the two clubs! Red and white are the colors of the two sides — with one exception (and it’s a big one!): the Principality club sports La Diagonale, whereas the Saints wear stripes. Spoiler alert! Ruben Aguilar and his teammates will therefore not be wearing their home kit this time around. 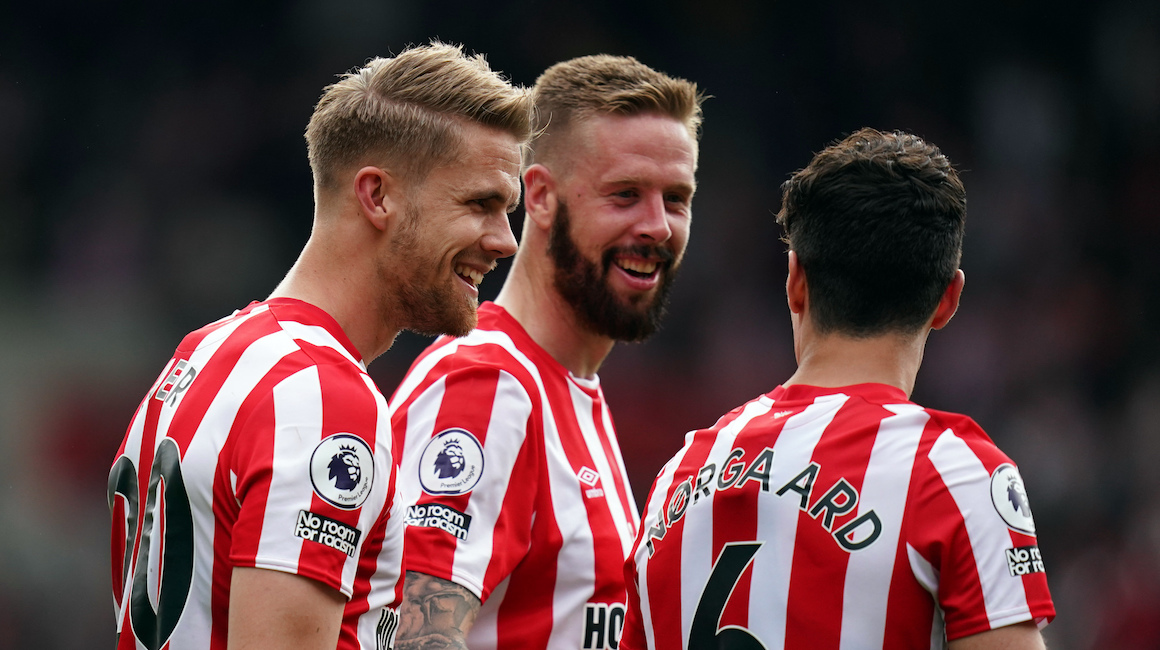 A “Saint” from La Diagonale

He didn’t play any first-team matches in the colors of AS Monaco, and yet he was well trained and at the foot of the Rock! Winner of the Coupe Gambardella in 2016 with the U-19s,, as part of the Kylian Mbappé generation, Ibrahima Diallo then moved to Brest, earning his spurs in Ligue 1, and then to Southampton nearly two years ago. The former French U-21 international, the younger brother of PSG defender Abdou Diallo (also trained in the Principality) has to date made 56 appearances with the Saints (1 goal, 2 assists). A tireless midfielder, the latter may therefore have the opportunity to reunite with some of his “little brothers” from the AS Monaco Academy.

…And a former Ligue 1 player as a star arrival!

A professional for less than two years but already an ex-player of the French top flight: after seven goals in 36 appearances (and only 1245 minutes of play!) with Girondins de Bordeaux, Sékou Mara has just packed his bags to head to the south of England and make a long-term commitment with Southampton. Ready to show himself in the Premier League, the very young winner and top scorer at the Tournoi Maurice-Revello (five goals) – in the company of our Monegasques Maghnes Akliouche and Chrislain Matsima -, the U-20 international will be one of the offensive weapons to follow next season at Southampton.

Day one as a Saint ✅

Very well equipped in terms of their recruitment department, the club has exploded with many talented players in recent years: Dusan Tadić, Virgil Van Dijk and Sadio Mané are just some of the names who’ve plied their trade at St. Mary’s! But the Saints also know how to train very well, since they have seen players like Luke Shaw, Adam Lallana, Theo Walcott, and Alex Oxlade-Chamberlain pass through their academy, including the best-known of them: Gareth Bale, five-time winner of the Champions League! Not bad…

A reunion with Takumi Minamino

A disciple of the direct style of play as it is practiced in England, and which he had previously learned in Salzburg, the Japanese international will reunite with his former team. After arriving in Liverpool in January 2020, “Taki” was loaned a year later to Southampton, for the second part of the 2020-2021 season with the Saints. He would only start ten times (2 goals), although he scored for his first appearance in red and white However, he would punctuate his performances with his natural class on the ball — Jürgen Klopp was not mistaken. As proof of his ability, Takumi said goodbye to the Premier League with a goal… against the Saints!