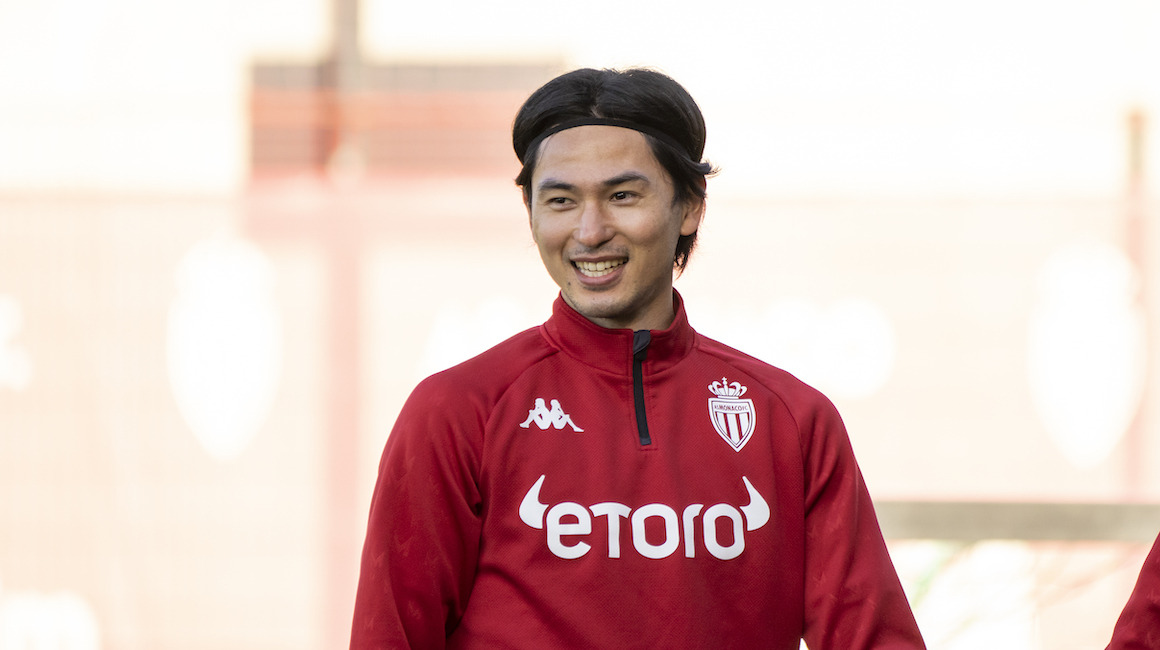 Paul Mitchell: "We want to be competitive quickly"
Here's what you need to know about the 27-year-old Japanese international winger, the Rouge et Blanc's first summer signing, who has just signed with the Principality club through June 2026.

Uno di noi! He has just joined AS Monaco from Liverpool, finalist of the 2022 edition of the Champions League. Part of the Japanese national team, Takumi Minanimo arrives in the Mediterranean with a solid reputation. An offensive player with very fine technique, comfortable with both feet and able to play across the entire line (left, right or as a second striker), he is also very strong in his finishing. But beyond the pure statistics, which have made him a Salzburg boss and a wildcard for the Reds, here is what you need to know about the newest Monegasque.

A pioneer in the Principality

Above all, the recruitment of Takumi Minamino marks a new page in the long and rich history of AS Monaco. The former Liverpool striker is indeed the first Japanese to wear La Diagonale shirt. He is nevertheless the second Asian player to turn out in Red and White, after the South Korean Park Chu-young (2008-2011). In three seasons at the foot of the Rock, he had scored 26 goals and delivered 14 assists.. Yôkoso Takumi ! 🇯🇵 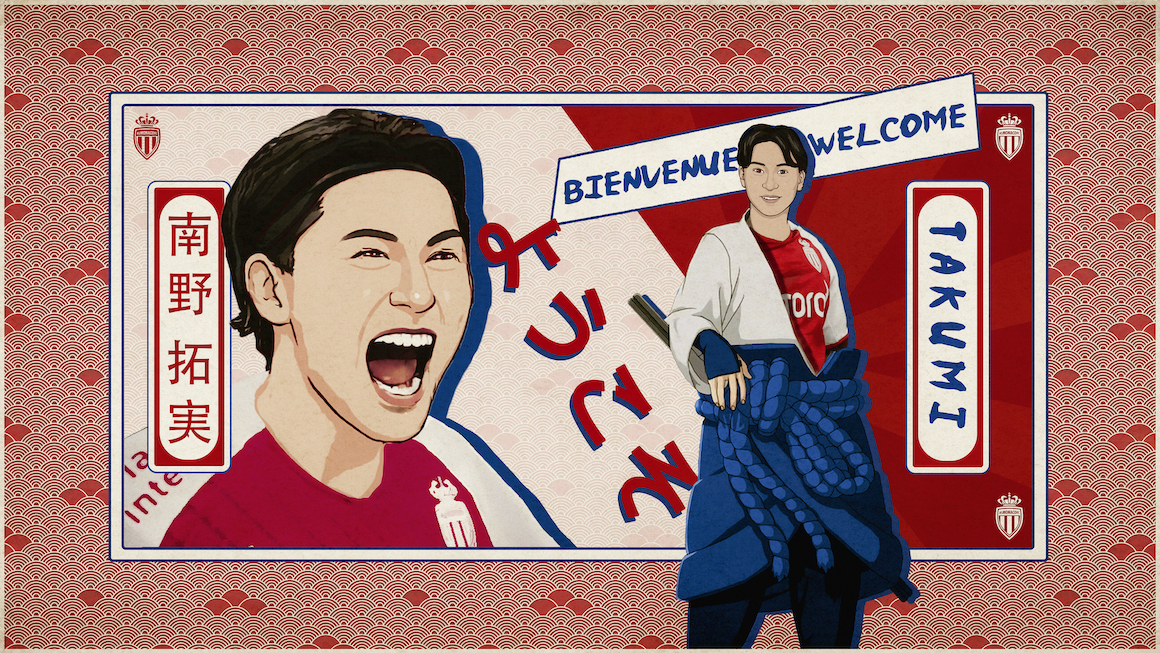 A name not chosen by chance

If his name is Takumi, it is not the result of chance! In an interview published on the Liverpool website, the Japanese international (42 caps, 17 goals), explains that if his parents chose to call him that, it’s for a very good reason. Takumi is indeed composed of two “Kanjis”, characters borrowed from Chinese, which constitute the Japanese language. Literally, Takumi means: “Pave the way by yourself and success will come”. 🏆

He impressed alongside Erling Haaland

When he made the leap to Europe in 2015, the player trained at Cerezo Osaka chose to settle in Salzburg, within the Red Bull systetm. It paid off, since he totaled nearly 200 appearances with the Austrian club in five years later (198 games). He was very effective there, involved in more than 100 goals in all competitions (64 goals, 43 assists). Especially during the 2019-2020 season, where he formed a very complementary attacking duo in support of Erling Haaland in the first part of the season. As a result, the Norwegian scored 28 goals and 7 assists, while Takumi Minamino was decisive 20 times (9 goals, 11 assists). 🤝 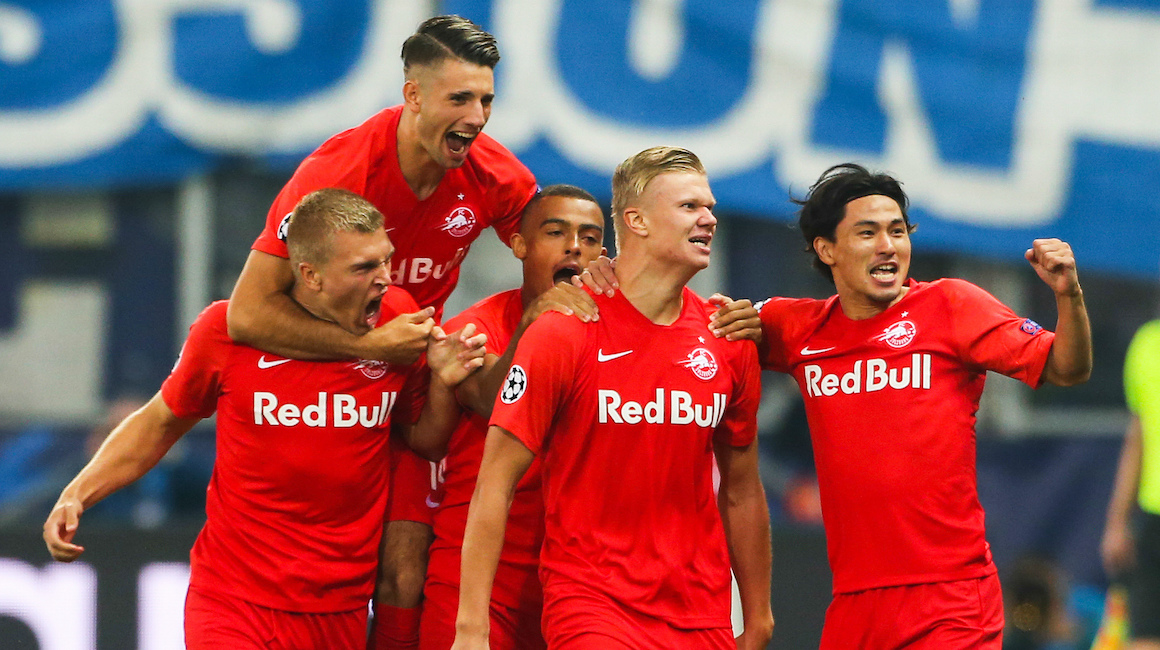 On the other side of the Alps, Takumi did not hesitate! Involved in one goal in more than one out of two matches, he quickly burnished his record. In five seasons, he was crowned champion five times (2015, 2016, 2017, 2018 and 2019) and lifted the Austrian Cup as many times. At continental level he was no slouch either, as the former RBS winger played 34 European matches, including six in the Champions League. Chapeau! 🇦🇹

It is a great joy for me to join AS Monaco. I am happy to be part of the Club's project, hacing just finished on the podium twice in a row and being one of the most recognized clubs in an exciting league. I look forward to discovering my new environment and doing everything possible to help the team.
Takumi MinaminoAttacking midfielder, AS Monaco

He won the Asian U-23 title

Part of the Japanese national team in recent years, in which he was picked by Vahid Halilodzić in 2015 at just 20 years old, the native of Izumisano, in the Osaka region, won a major title before that. With the Japanese U-23s, Takumi Minamino won the Asian championship in 2016. Since then, he has scored 17 goals in 41 selections with the senior side, including, reaching the final of the Asian Cup in 2019. 🌏 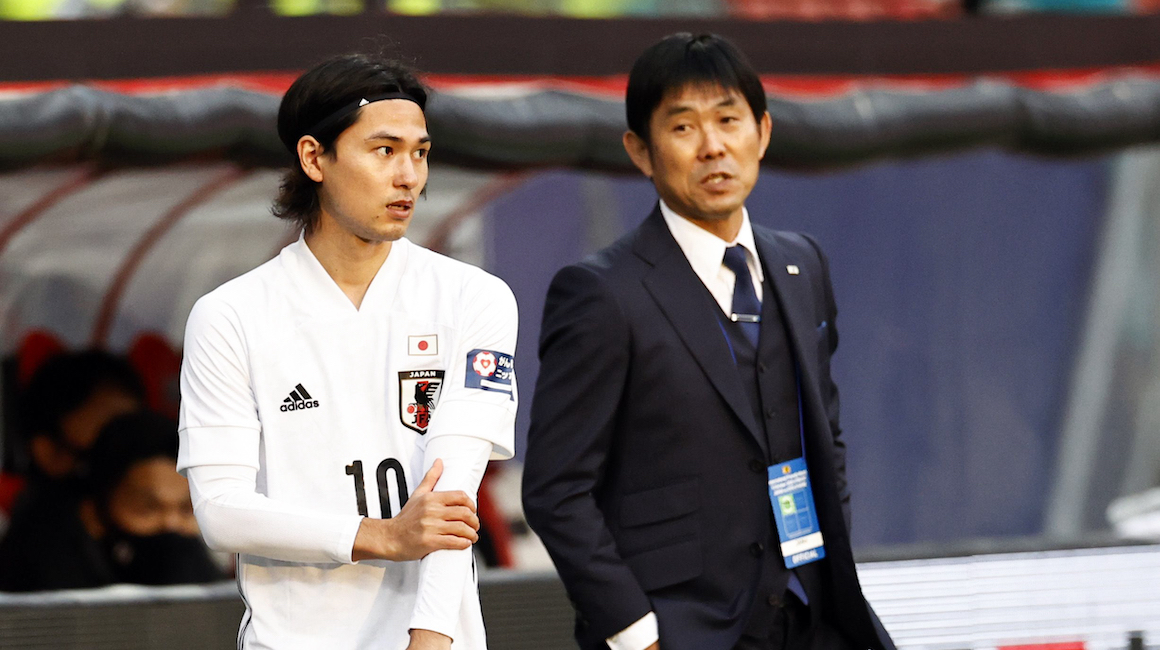 A goal against the Reds… just before joining them!

The scene took place on October 2, 2019. After crushing Racing Genk on their entry into the Champions League (6-2), Salzburg were at Anfield to face the great Liverpool of Sadio Mané and Mohamed Salah, reigning European champions. This was the moment chosen by the Austrian number 18 to turn in a masterclass and score a sublime goal with a volley from the right… against the club which was trying to sign him! Jürgen Klopp had his fun on the edge of the field, with a mischievous smile that spoke volumes. Three months later, he signed his contract with the Reds. What a story! 🎯

A big fan of Fernando Torres and David Villa

“When I was younger, I watched these two great strikers a lot. They were my idols and I wanted to play like them, be like them,” Takumi told Liverpool’s official website last February. That’s some pretty good taste! The former legend of the Reds was a double European champion (2008 and 2012) and world champion (2010) with Spain in the company of his compatriot. 🇪🇸

He made us better every day he stayed with us, and not just in the games he played, but in every training session. He always had a perfect attitude, and a winning mentality!
Jürgen KloppOn Takumi Minamino

He wore the same number as a Ballon d’Or winner

Since arriving in Europe, Takumi has chosen to wear number 18 on his back. It seems to have become a lucky charm, since it’s followed him to Liverpool, where he followed in the footsteps of a very great English player: Michael Owen. A legend who is part of the very small circle of players who have lifted a Ballon d’Or. With a quadruple with Liverpool (UEFA Cup, League Cup, Community Shield, European Super Cup), the center forward of the “Three Lions” won the ultimate honor in 2001… in the number 18! After him, another striker would wear the same number: Dirk Kuyt. Sacred dynasty. 🎞 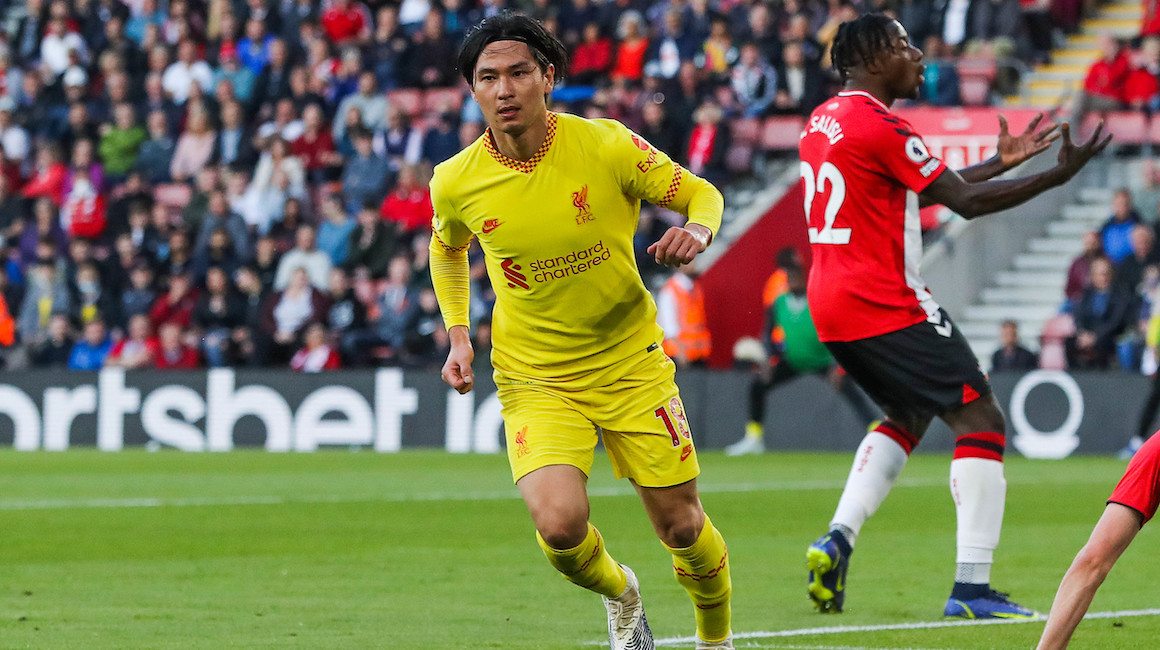 Even if he was not part of the regular eleven for Jürgen Klopp’s Dream Team during his stay in England, Takumi Minamino was a capable part of the German’s squad. As proof, he finished top scorer for the Reds in both domsetic cups this season… before winning them in quick succession! The Japanese winger scored three goals in the FA Cup and four in the Carabao Cup (1 assist). Always there when called upon =#Impactplayer. ⚽

Our top goalscorer in both domestic cup competitions in 2021/22 🌠

He has his own song on the Kop… based on a hit by Abba!

He has obviously again increased his trophy cabinet across the Channel, notably by participating in the league title in 2020, 30 years after Liverpool’s last in the Premier League. But beyond this, the former-number 18 for the Reds has won the hearts of fans. The latter even dedicated a song to him, to the tune of “Mamma Mia”, the global hit by the Swedish group Abba. And it’s pretty cool… “Minamino, here we go again, why why, Salzburg ever let you gooo!” 🎵

Finally, if you want to integrate AS Monaco’s first summer recruit into your career mode or into your team on FUT, our newest signing has an overall rating of 76 on FIFA 22. He’s a safe bet, especially since he has good references in dribbling (81), acceleration (83) as well as balance (86) and agility (89). Give him a try! 🎮