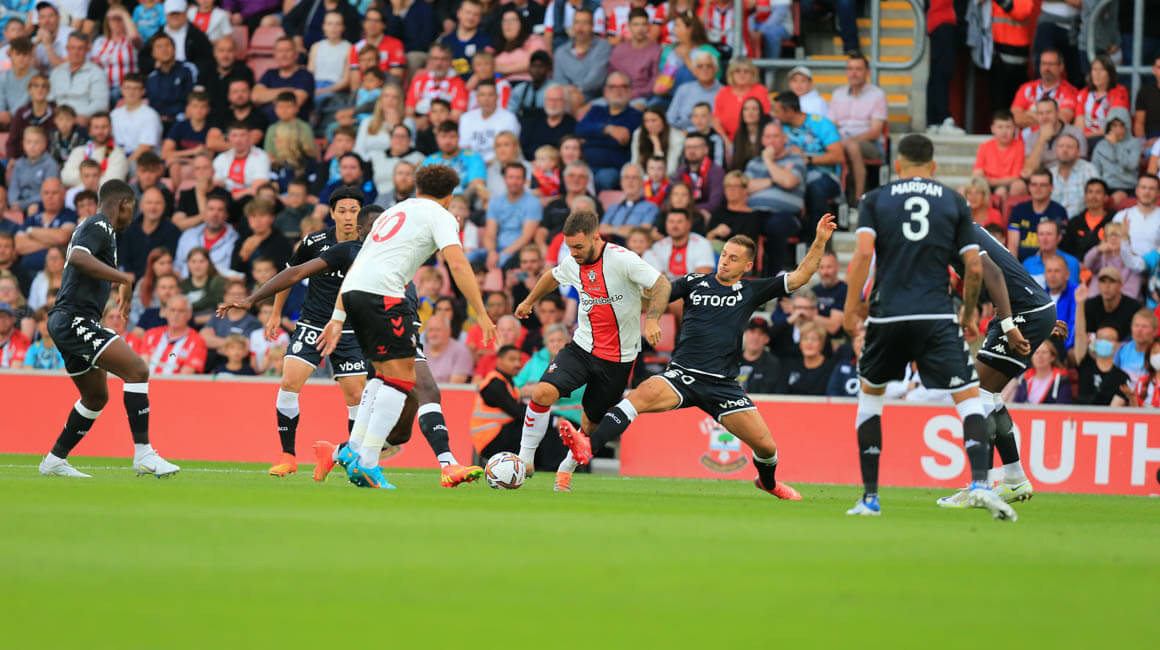 The anthem, the academy, Minamino...need to know about Southampton FC
At the end of a match which saw the teammates of Aleksandr Golovin, the goalscorer, offer a very convincing first half, the club lost in waht was its final preseason match against the Saints of Southampton (3-1).

Despite a very good first half, at the end of which AS Monaco led 1-0, the Rouge et Blanc ended up losing at the very end of their match in Southampton (3-1). To start this seventh preseason match, Philippe Clement decides to line up in a 3-4-1-2, with  duo of Takumi Minamino and Wissam Ben Yedder in attack, supported by Aleksandr Golovin. 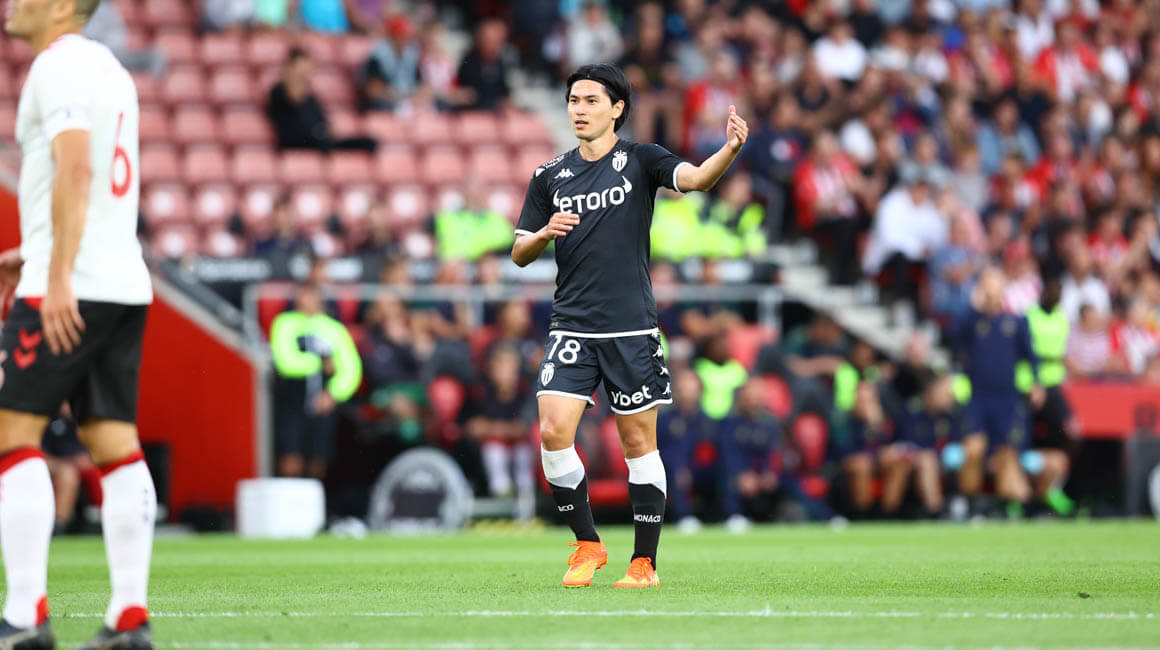 A lively first half

The match started at a frantic pace, with several attempts from distance by Southampton, from Nathan Redmond (11′ and 31′), Adam Armstrong (20′ and 28′) and Mohamed Elyounoussi (22′). The first Monegasque effort would come through the work of Wissam Ben Yedder on a sublime bit of skill by Takumi Minamino (4′).

The Japanese international then was found a quarter of an hour later, for the biggest chance of the first half hour. Well-found in the box, “Taki” turned his marker with a superb piece of control and instantly shot from the left… but hit the post (17′)! Very lively, he linked well with the Monegasque captain and Golo to form a great attacking trio. 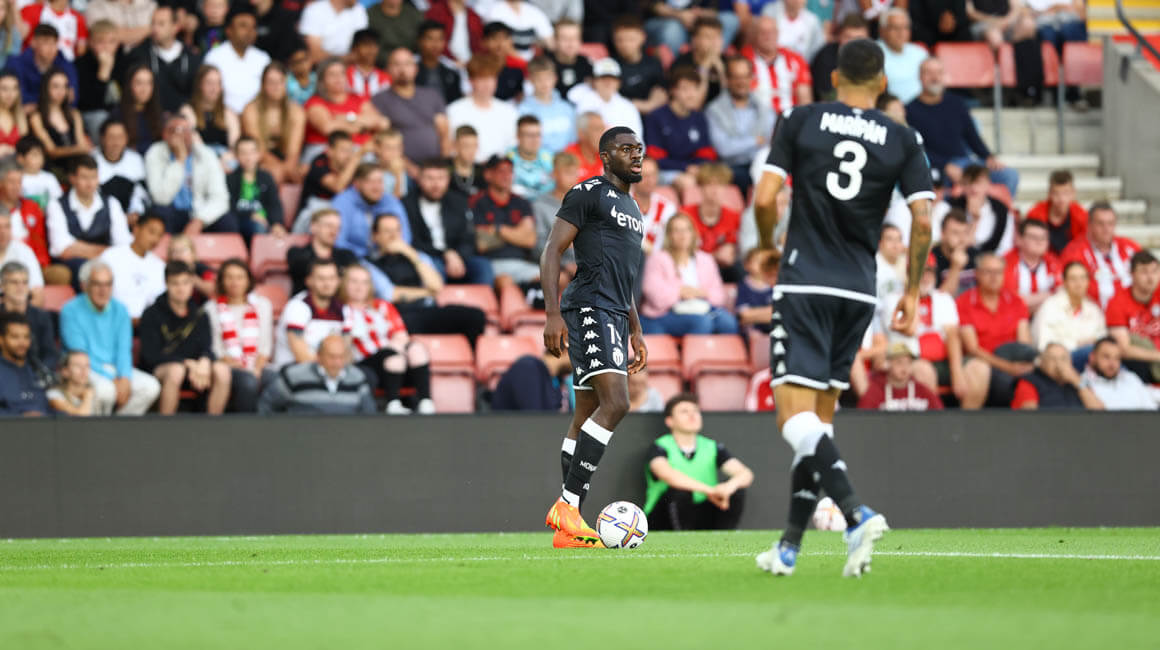 …And a breakthrough thanks to Golo’

It is was finally the “Tsar” who would break the deadlock, on a pass from Minamino, after a good run by Caio Henrique (0-1, 39′). The Rouge et Blanc thus returned to the locker room with a one-goal lead, Wissam Ben Yedder’s final shot not having found the target (42′).

The second period started at a rapid pace, as high as the first, with many waves of pressure from the Saints. And the Monegasque defense cracked for the first time on a poorly cleared ball, following which Alexander Nübel was forced into a magnificent save against Elyounoussi, before Adam Armstrong converted (1-1, 52′). The Norwegian wide midfielder  would again test the Rouge et Blanc with a curling shot (53′) and then another (58′).

Pressure and finishing from the Saints

AS Monaco tried to respond with contributions from their subsitutes (Embolo, Jean Lucas, Jakobs), but Southampton continued to push hard. The Saints converted again, thanks to substitute Stuart Armstrong, from a superb strike on the turn (2-1, 73′). Vanderson then showed himself sharp on the right flank, getting a in cross towards the Swiss striker (83′), and also a shot with his left foot (87′). 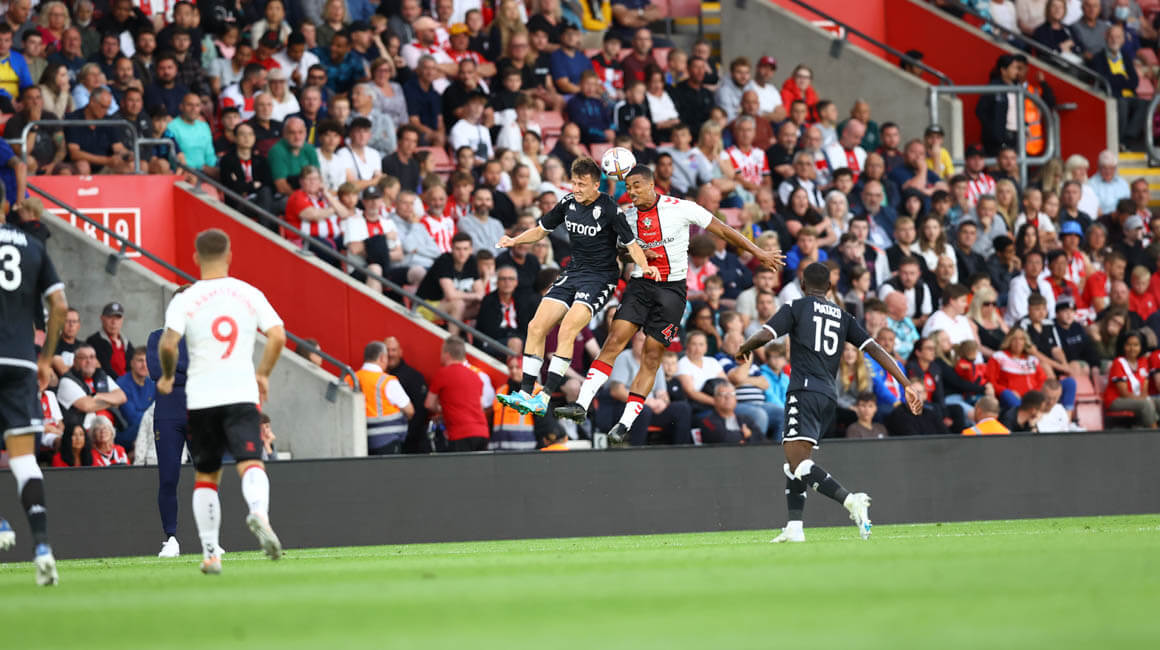 Next up, Eindhoven for the Rouge et Blanc

But Philippe Clement’s men conceded again on a very good shot from James Ward-Prowse, at the edge of the area (3-1, 88′). The score did not change further, and despite a very lively first half display, the AS Monaco players ended their preseason with a loss in England (3-1). We must now turn towards the kick-off of the season, next Tuesday in the third preliminary round of the Champions League against PSV Eindhoven!

🔜 See you soon at the Stade Louis-II against PSV ✊ 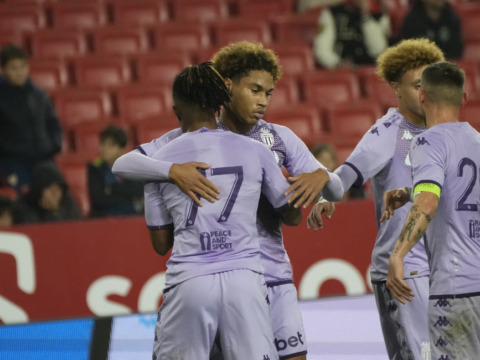