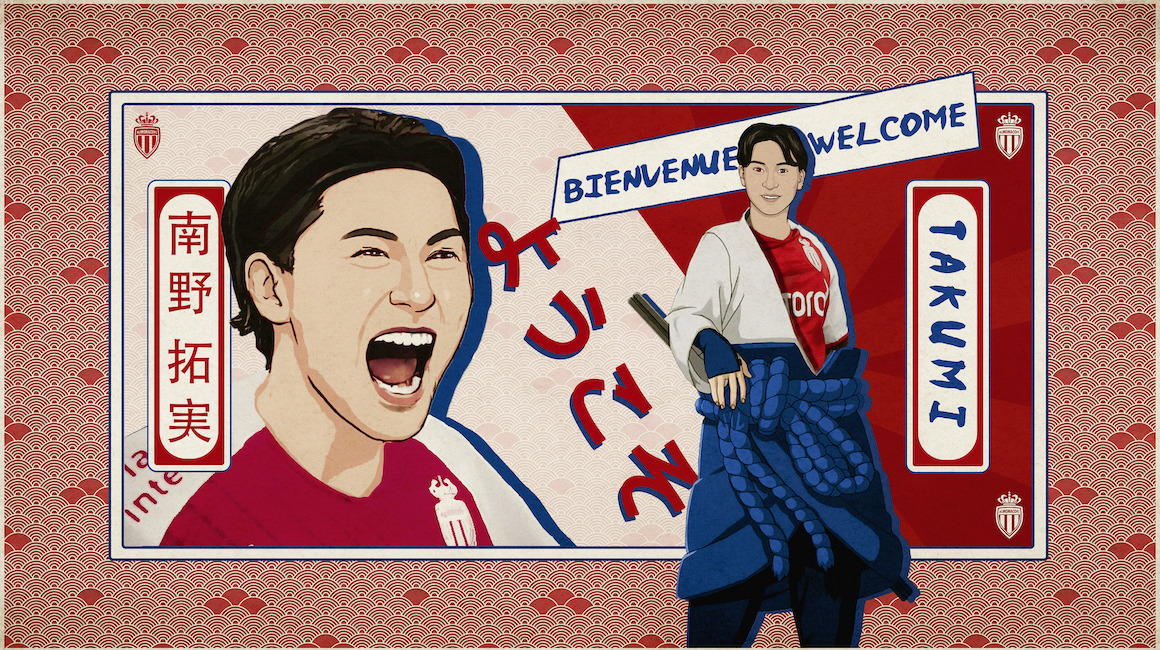 AS Monaco dominate Cercle Bruges in a friendly
AS Monaco is pleased to announce the arrival of Takumi Minamino. The 27-year-old Japanese international attacking midfielder has signed a four-year contract, until June 2026.

More than 400 games in career

Takumi Minamino has already made 391 official appearances since making his debut (114 goals, 41 assists), including 48 matches in European competition. An international since 2015, the winger has shown his talent on Premier League pitches as well as in the Champions League.

A precocious talent, Takumi Minamino made his breakthrough in his native country (85 matches, 17 goals for Cerezo Osaka), where he made his professional debut at just 17 years old. His move to Europe, to Red Bull Salzburg, was a quick success, as evidenced by a league and cup double won just six months after his arrival in Austria.

It was the first of many trophies for the the winger, who scored 64 goals in 199 games, winning five consecutive Austrian league titles for RBS, as well as four Austrian Cups.
These achievements led to a move to Liverpool FC in January 2020, with whom he won an English league title a few months later. On loan to Southampton FC in the second half of the 2020-2021 season, he made 10 appearances for the Saints, scoring 2 goals.

After returning to Liverpool last summer, he contributed greatly to the Reds’ success in both domestic cups (FA Cup and League Cup), scoring 11 goals and providing 2 assists in all competitions.

Alongside his club career, Takumi Minamino has also become a key member of the Japanese national team, which will compete in the World Cup in Qatar. He scored five goals during qualifying for the competition, in which Japan won eight times in as many matches.

An international since being capped for the U-17s, he also won the U23 World Cup in 2016 and also played in the Olympic Games in Rio de Janeiro in the same year.

It is a great joy for me to join AS Monaco. I am very happy to be part of this very exciting project, at a Club with a great tradition and among the most recognized in Ligue 1.
Takumi MinaminoNew AS Monaco player

> Paul Mitchell, Sporting Director:
“We are very pleased and excited to welcome Takumi to AS Monaco. He is a player we have known for many years and since his arrival in Europe, he has gained experience at the highest level, particularly in European competitions, and has won a number of titles. With his winning culture, his ability to play in various positions on the pitch and his status as a key player with his national team, we are convinced that Takumi will contribute to the development of our young team and help the group to achieve our goals. We are delighted that he has decided to be part of our project and welcome him!”

> Takumi Minamino:
“It is a great joy for me to join AS Monaco. I am very happy to be part of this very exciting project, at a club with a great tradition and among the most recognized in Ligue 1. I’m looking forward to discovering my new environment and doing everything I can to help the team.”