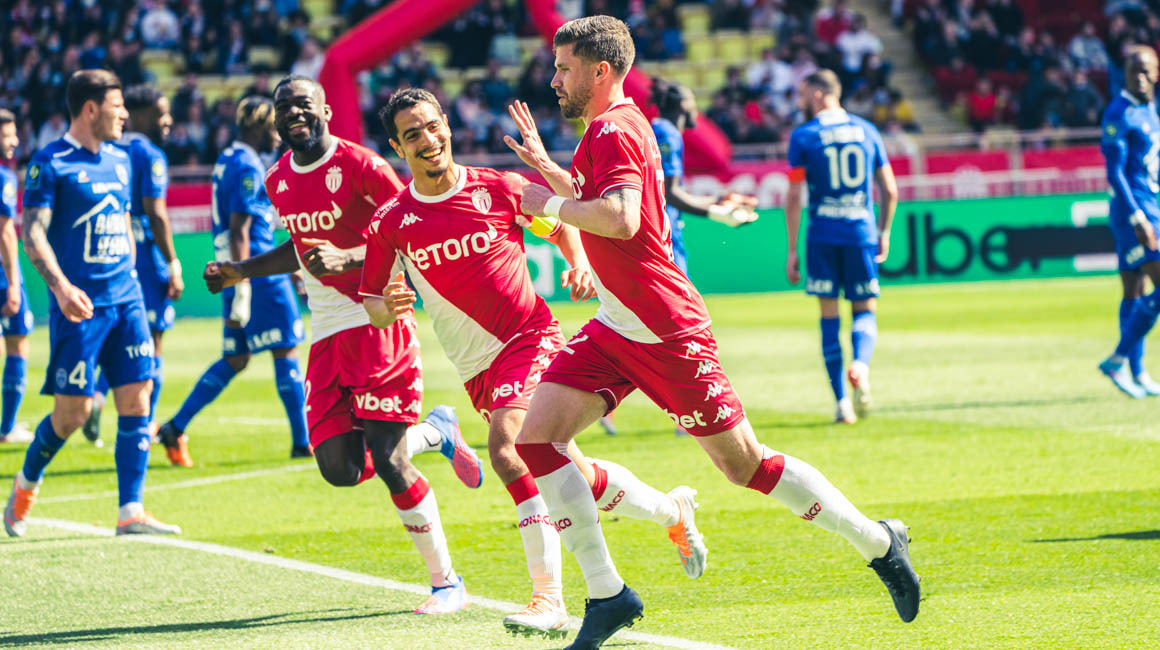 Caio Henrique and Wissam Ben Yedder both feature in Opta's Ligue 1 team of the season.

There’s more proof of the collective strength of AS Monaco. Two players from the Rouge et Blanc  feature in the Ligue 1 team of the season as determined by Opta, just one less than the best-represented team, champions Paris Saint-Germain. They are Caio Henrique and Wissam Ben Yedder, both highlighted by the organization specializing in data and statistics.

Solid defensively, the Brazilian left back also provided eight assists in Ligue 1, ranking as the second best Monegasque in this category, behind Kevin Volland (9). Among the Brazilian players playing in the five major European leagues, only Vinicius Jr. did better (10). As proof of his total involvement in the game played by  his team, Caio Henrique also ranks third among Ligue 1 defenders in the most passes made in the final third (348).

As for his teammate Wissam Ben Yedder, there are plenty of figures that are in his favor. Second-top scorer in the league with 25 goals, the best total of his career, the Monegasque captain has shown unfailing efficiency. With a goal every 2.88 shots, he has been the most clinical player in the European “Big 5” leagues, among those who have scored at least ten times.

With 10 goals in his last ten league games, including a “perfect hat-trick” (one with his right, one with his left, and from a header) against Brest, he also contributed to his team’s superb final run, as they finished on the podium for the second consecutive season. Well done!