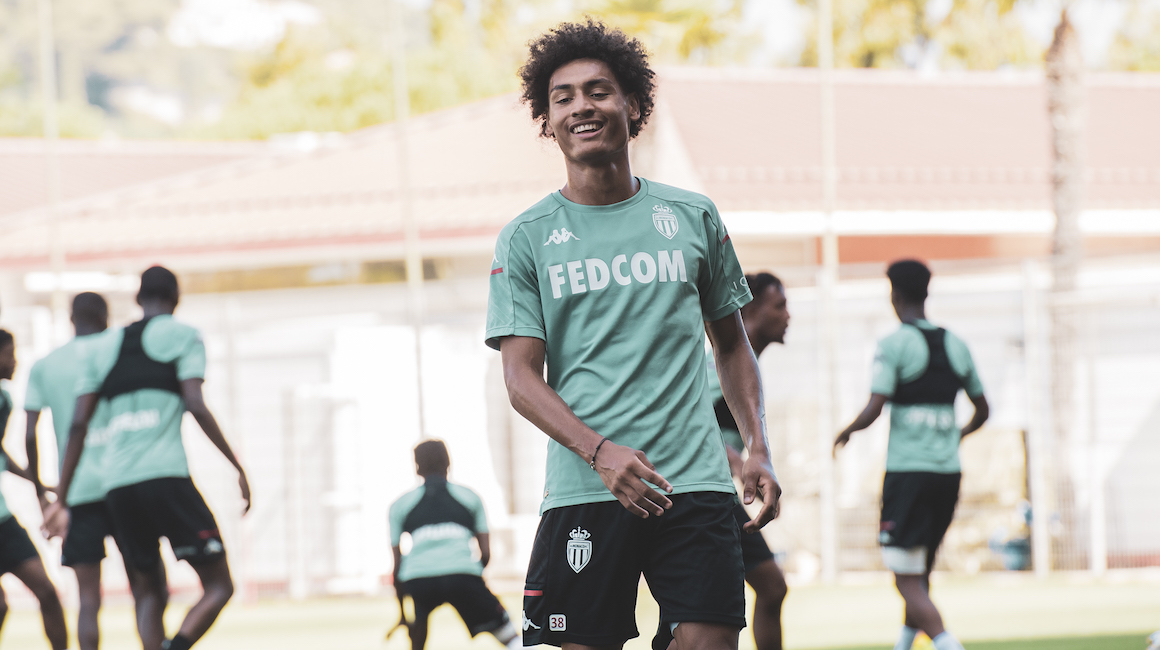 Les coulisses du lancement du maillot home
In this week of the preseason, we are focusing on three young players from the Academy selected by Niko Kovac for the training camp in Poland. Today's subject is midfielder Enzo Millot, who is just 18 years old.

There are years that we remember more than others. Years that mark a life thanks to one or more elements that mark a step up, reaching a new level. 2019 was undoubtedly one of those for Enzo Millot. Originally from Martinique, the AS Monaco midfielder reached the semi-finals of the U17 Euros that year with the French team, signed his first professional contract with the Club, and finished third in the U17 World Cup with Les Bleue. All before even turning 18 years old.

With the ball, he is a player who has great technical quality, and a great personality. He's not afraid to have the ball, even with an opponent at his back, and not afraid to get forward. He is one of those who is capable of beating his man at any time. He must progress on the simplicity of his game but keep this technical facility.
Manu Dos SantosU17 Manager

The age of majority, Enzo Millot reached it a few days ago, on July 17th. It’s a birthday which often falls close to the start of the preseason. Last year, when he was a newly minted professional, the left-footed player found himself alongside one of his role models, Cesc Fabregas : “Cesc is an example for me on and off the pitch. He is an experienced player who has played and won the biggest competitions. I am lucky to be able to train with him,” admits Enzo Millot. We play in the same position, he inspires me a lot. His professionalism pushes me to always do better. ”

It’s something that’s been repeated this year. A year after taking part in his first preseason with the professionals, the midfielder with an eye for getting forward has been retained by Niko Kovac who takes him with him to Poland. This is the fruit of work started a few years ago by the Club’s recruitment unit and then by its various trainers. “We immediately saw Enzo’s technical potential on the pitch. He is a player with great instincts, but he had to be guided to meet expectations, remembers Manu Dos Santos, manager of the U17 side. “It took him a little while, two months, to understand what was being asked of him and to settle into the team. With the ball, he is a player who has great technical quality, and a great personality. He’s not afraid to have the ball, even with an opponent at his back, and not afraid to get forward. He is one of those who is capable of beating his man at any time. He must progress on the simplicity of his game but keep this technical facility.”

Cesc is an example for me on and off the pitch. We play in the same position, he inspires me a lot. His professionalism pushes me to always do better.
Enzo Millot

A left-footed midfielder, Enzo Millot joined AS Monaco in 2017 from FC Drouais, after playing for two other clubs in his native department: FC Chartres (2010-2015) and Etoile de Brou (2008-2010). Born in Lucé, a small town in Eure-et-Loire, Enzo Millot was followed for a long time by the Club, which attracted him to his Academy despite the competition in his same year from a certain Chrislain Matsima, with whom he has forged a real bond over the years. “He has a very good technique even if sometimes he is a bit annoying. Defensively he is very good, in the last pass his intelligence means that he is one step ahead of the opponent, the AS Monaco defender says of Enzo Millot. “About his character, he sulks too much, yells too much, talks too much. He’s too rowdy! “

It was at the age of 15 that Enzo Millot began to impress himself on the general public. With four starts and two goals scored with the French team at the 2018 Mondial de Montaigu, Enzo Millot’s talent did not go unnoticed and confirmed the performances already seen in previous months with the AS Monaco U17s. Over time, the one who can play in a box-to-box role, as well as in a more offensive way or even as second striker has continued to grow. Until that famously decisive year of 2019.

At the U17 Euros in 2019, Enzo Millot scored two goals, including a sumptuous one in the quarterfinals against the Czech Republic, which was among UEFA’s 10 best goals of the season. Without controlling the ball, almost instinctively, he lobs the opposing goalkeeper, who is just a little too far off his line. Enzo Millot is a player renowned for being creative and technically adept. “If I have the opportunity, for sure I’ll try again. I was in the middle, just before the ball came to me I looked up, since the goalkeeper was advanced and instinctively I hit the ball and it went in “, remembers the left-footed player. The cherry on the cake, the AS Monaco youngster was named in the team of the tournament.

A creative player, but also one who is very skillful. In 2018/2019, Enzo Millot showed that despite his small size (1.75m), that he is comfortable in the air, in scoring the first goal for AS Monaco in their Youth League match against Dortmund  His consistency and his performances with the U19 side led him to his first professional contract in the summer of 2019. It was a vote of confidence on the part of the Club which saw him impress once again at the U17 World Cup in October, the French team finishing third in the competition.

Enzo Millot joined the National 2 team on his return from this international epic, but all does not go as planned.“Enzo got injured quite quickly (last season) and then came back. He might not have understood the demands of senior football right away, says David Bechkoura, the reserves manager. It was then that he realized what to do.” In some difficulty at the start f his spell there, Enzo Millot took his time. His favorite motto? “A lion never dies”. Despite having been njured, he got back up, then adapted to his new surroundings. “He understood what was expected of him in the second half of the season, showing good technical ability,” added his coach. The time has now come to prove it at the highest level. 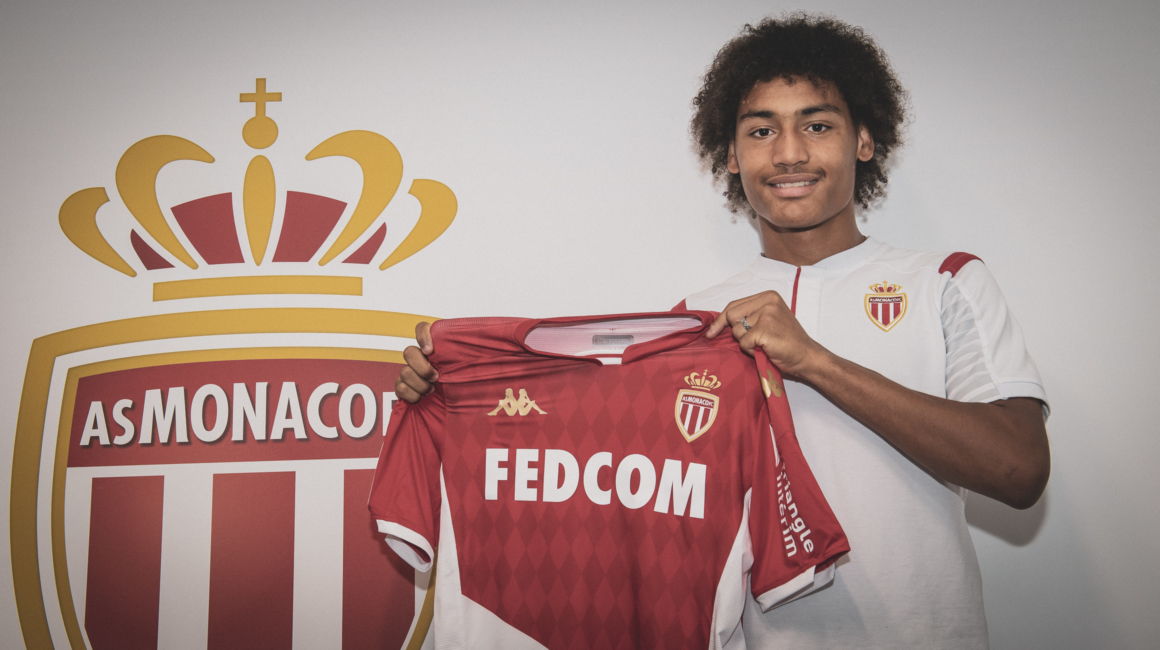 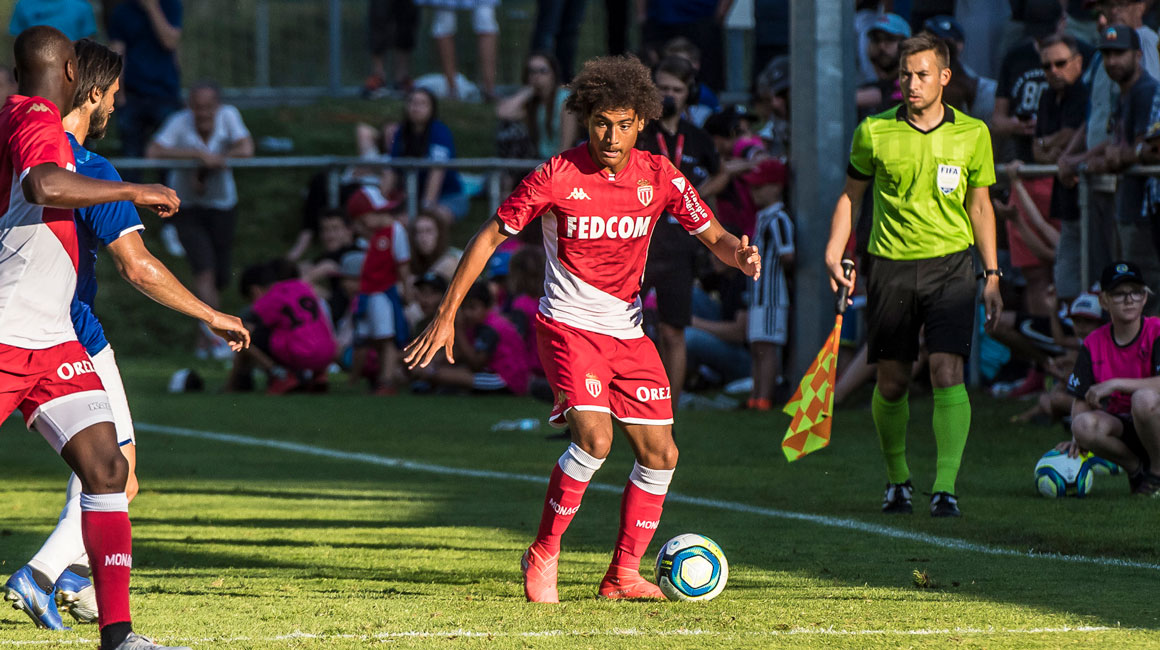 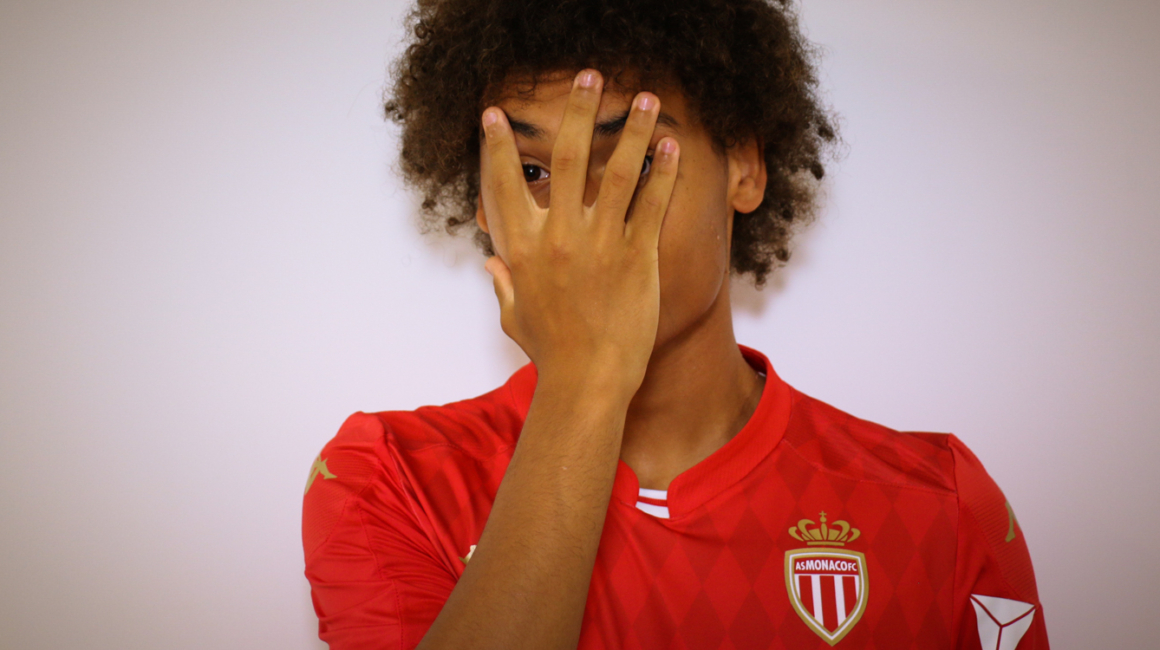 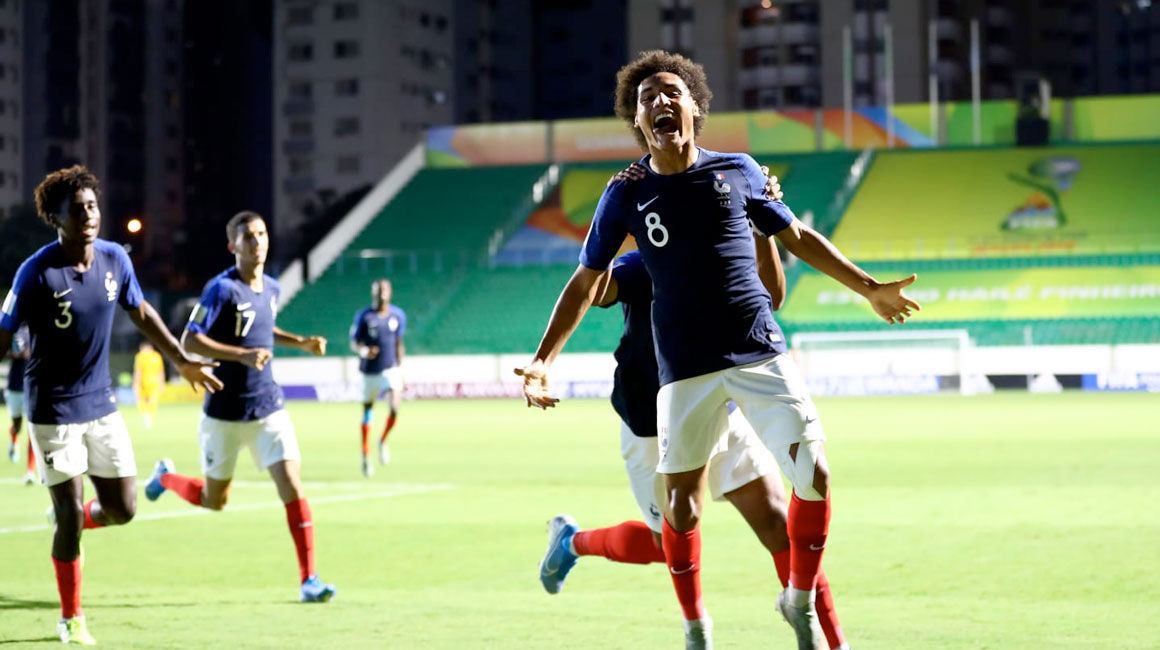 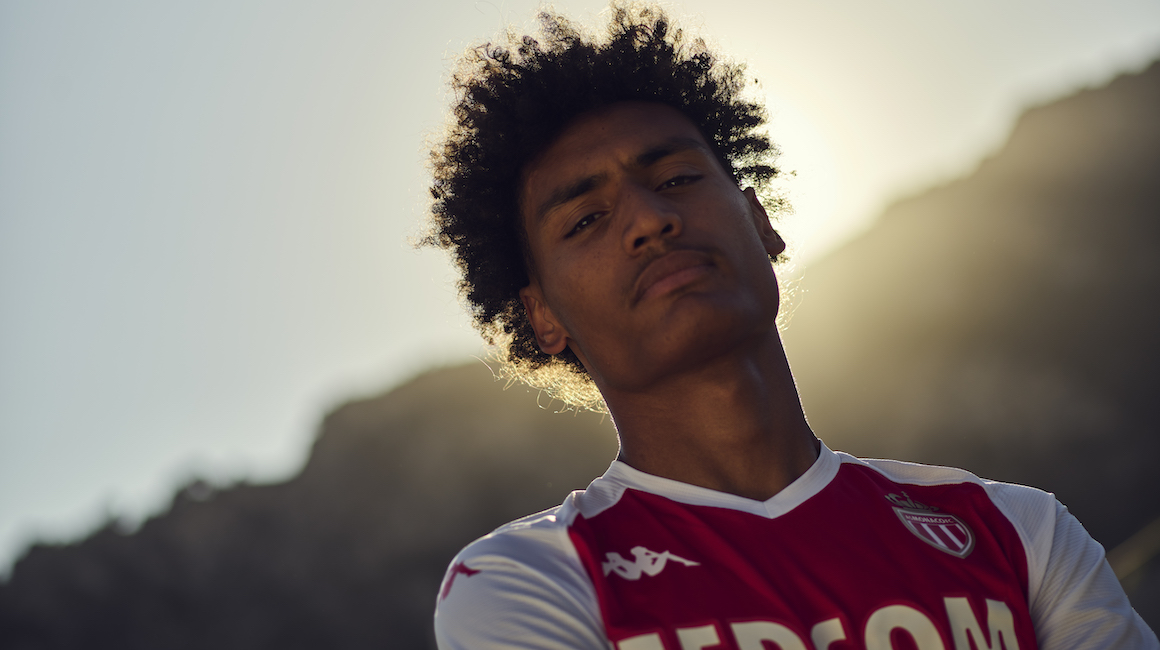 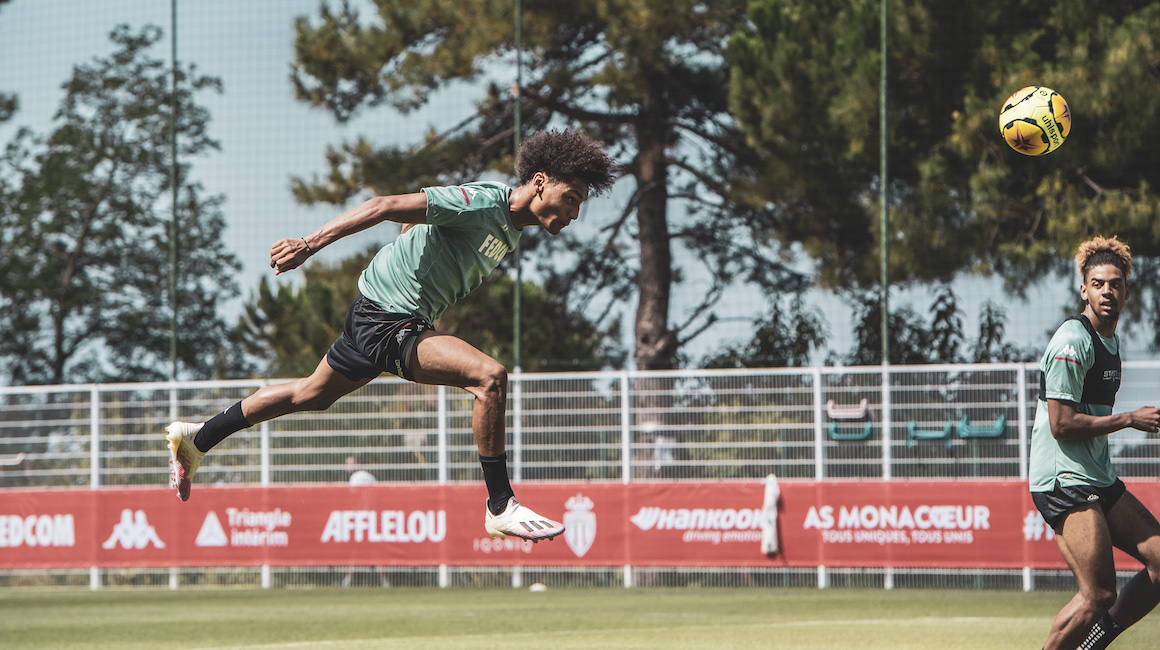 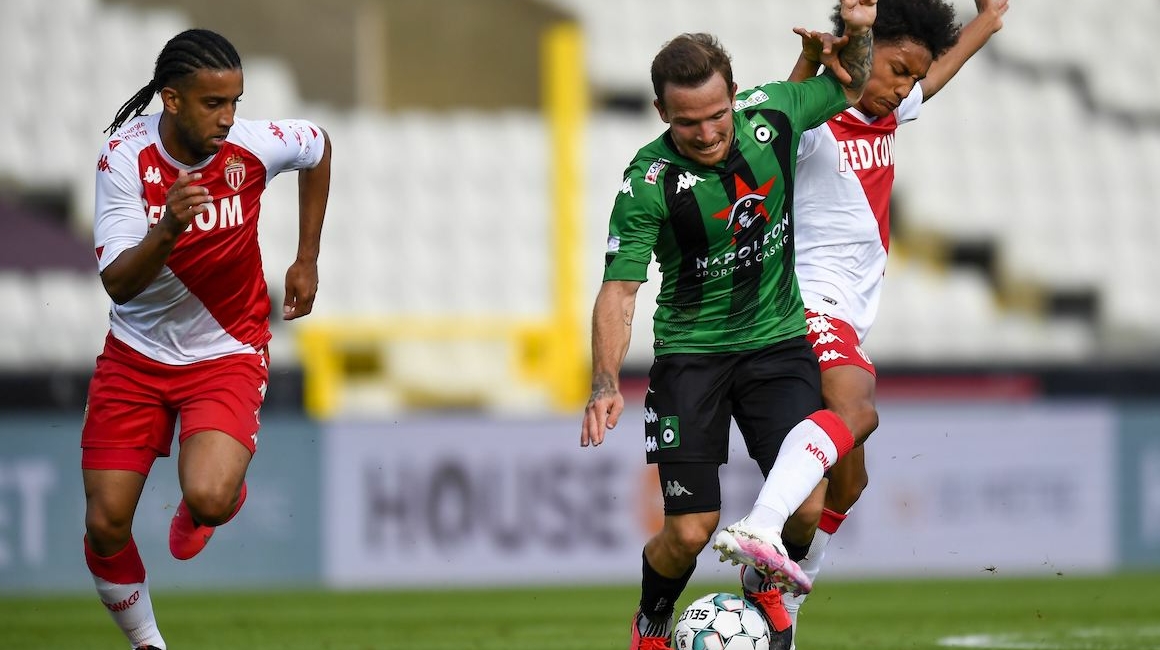 BRUGGE, BELGIUM - JULY 17 : Charles Vanhoutte midfielder of Cercle Brugge is challenged by Enzo Millot of Monaco, pictured during a friendly between Cercle Brugge and AS Monaco FC on July 17, 2020 in Brugge, Belgium, 17/07/2020 ( Photo by Nico Vereecken / Photonews
1 / 7