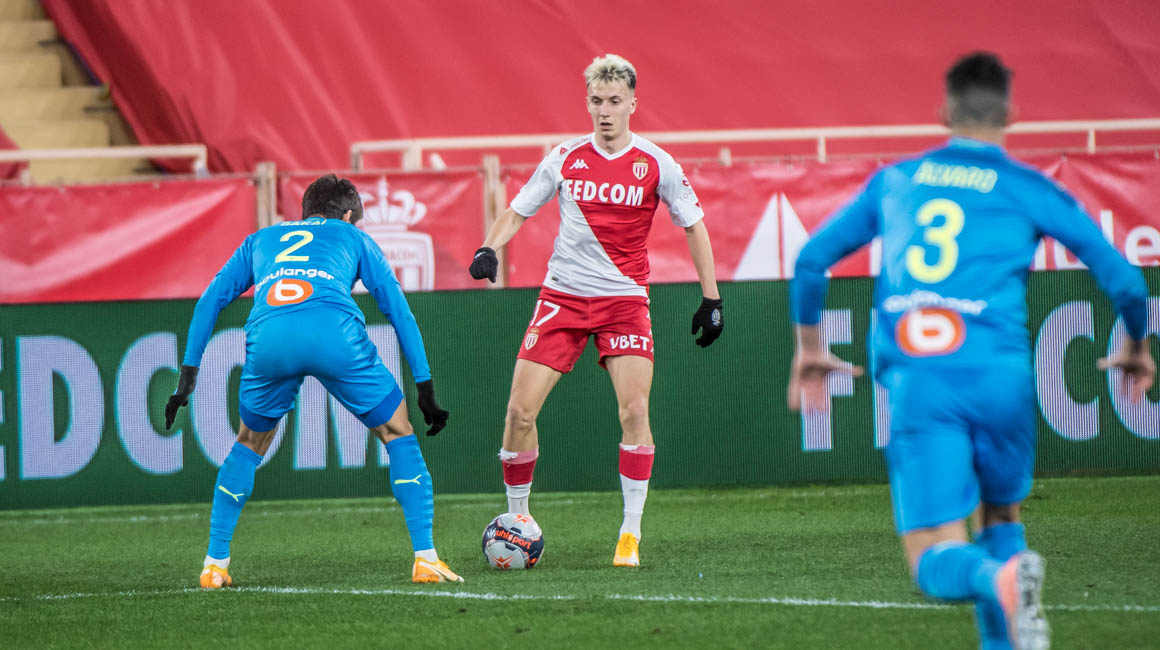 Aleksandr Golovin is your IQONIQ Match MVP against Nîmes
With three goals and three assists in three Ligue 1 games last month, the Russian midfielder was voted player of the month for February by Monegasque fans on the AS Monaco App.

Back on the pitch since the beginning of the year, Aleksandr Golovin confirmed his return to form in February. After accruing playing minutes over the last two months now, he has even twice found a place in the starting lineup for Niko Kovac. The Russian has brought all of his creativity to help drive the second best attack in Ligue 1. With a hat-trick against Nîmes (a 4-3 win) and three assists over the three matches he played last month, he was elected the Monegasque player of the month for February, succeeding Guillermo Maripán, who was not far from being a winner for the second time in a row.

Starting the month at top speed

The Monegasque number 17 started off in an ideal way in February. For his first start since last August, he opened the scoring in the second minute at the Stade des Costières, before finally finishing with a hat-trick and an assist for Kevin Volland. That afternoon, he was involved in all four Monegasque goals. This performance allowed him to score the first hat-trick of his career in Ligue 1, becoming the first AS Monaco player to do so in the top flight since Radamel Falcao, against Dijon, on August 13, 2017. An idol in his country, he also became the first Russian player to score at least three goals in a game in the history of Ligue 1 Uber Eats. 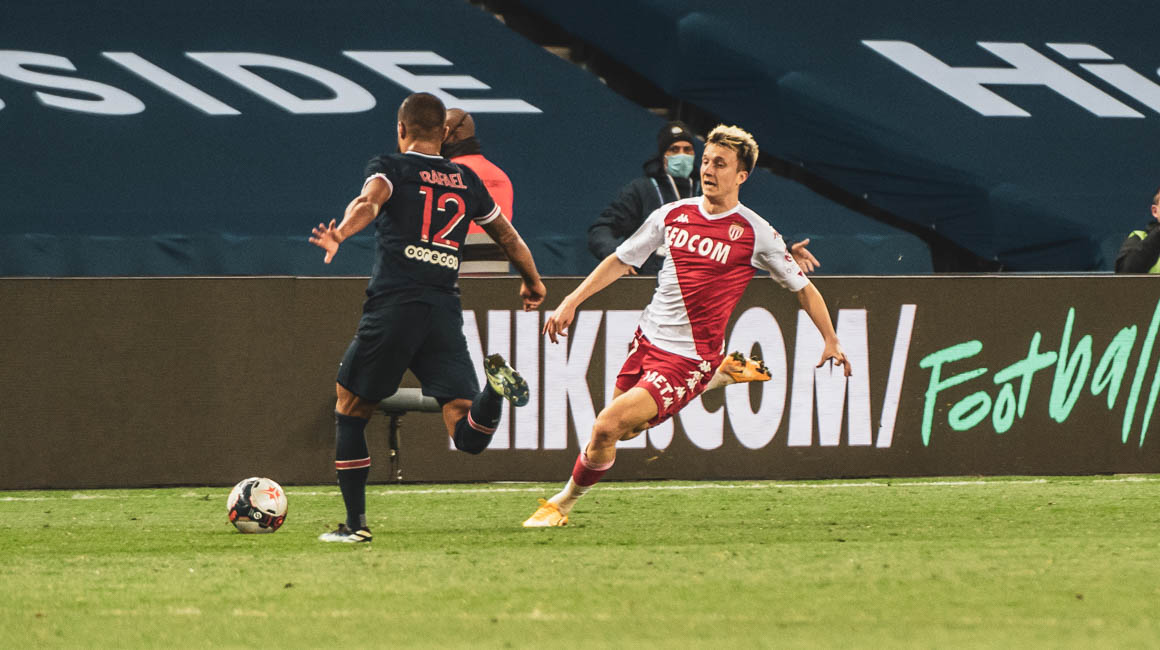 Having come on as a substitute on numerous occasions, the Russian accrued plenty of minutes off the bench in order to gradually regain his feel for the game. And the least we can say is that the majority of his appearances have been decisive for AS Monaco. Aleksandr Golovin has indeed four assists after coming on in Ligue 1 Uber Eats this season, the highest total in the five major European leagues, tied with Pablo Hervias (Valladolid). In the last home match against Brest (2-0 success), the Russian allowed the Rouge et Blanc to break the deadlock at the end of the game by providing an assist for Stevan Jovetić, before a sumptuous pass to Kevin Volland in added time. The Monegasque midfielder has been decisive every 46 minutes, on average, this season.

He's a fantastic player, I'm very happy with the win and for him. It was his first start in a while, he's a top player. It is true that he has an incredible shot, but also has quality in his passing.
Niko Kovac, about Aleksandr Golovin after Nîmes-AS Monaco

Aleksandr Golovin was decisive six times in Ligue 1 in February despite the fact that he played only 129 minutes. His goals were crucial for Niko Kovac’s men, including a massive performance against Nîmes and playing the savior against Brest. The latter result especially allowed AS Monaco to widen the gap from fifth place in the Ligue 1 table, as the team now sit eleven points ahead of Lens, the Monegasques’ closest competitor in the standings.

The Tsar was therefore voted the best Monegasque player of the month for February by fans of the Red and White, with 37% of the votes on the AS Monaco App, ahead of Guillermo Maripán (30%). This is his first player title of the month, after having won his second MVP title of the match against Nîmes. Bravo Aleksandr! 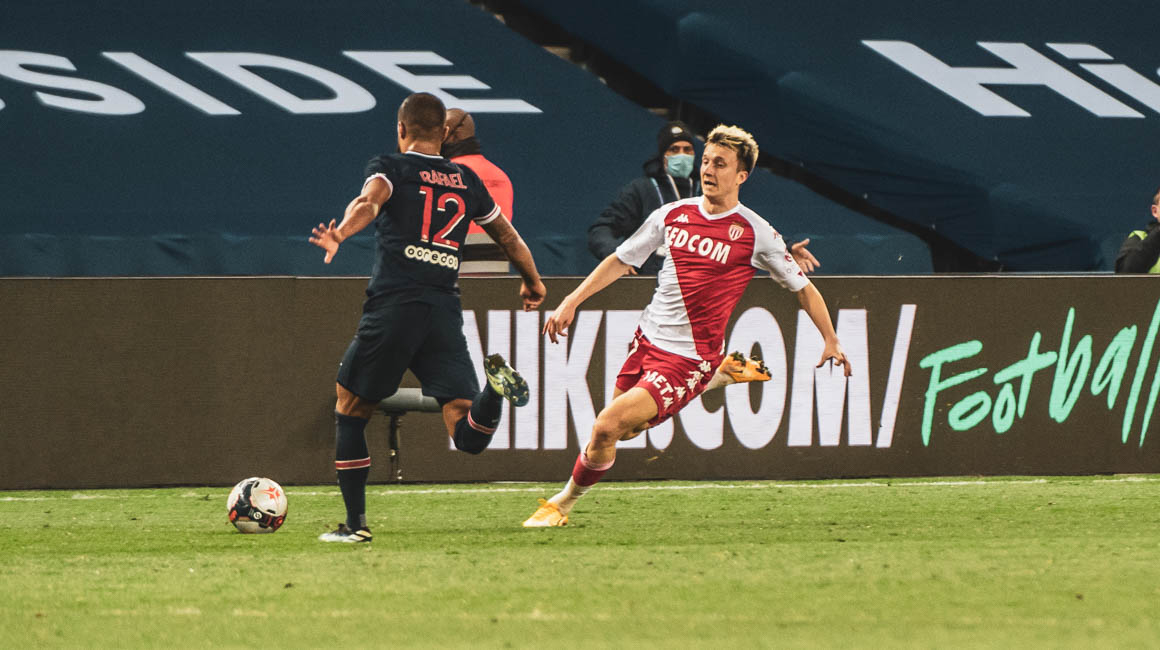 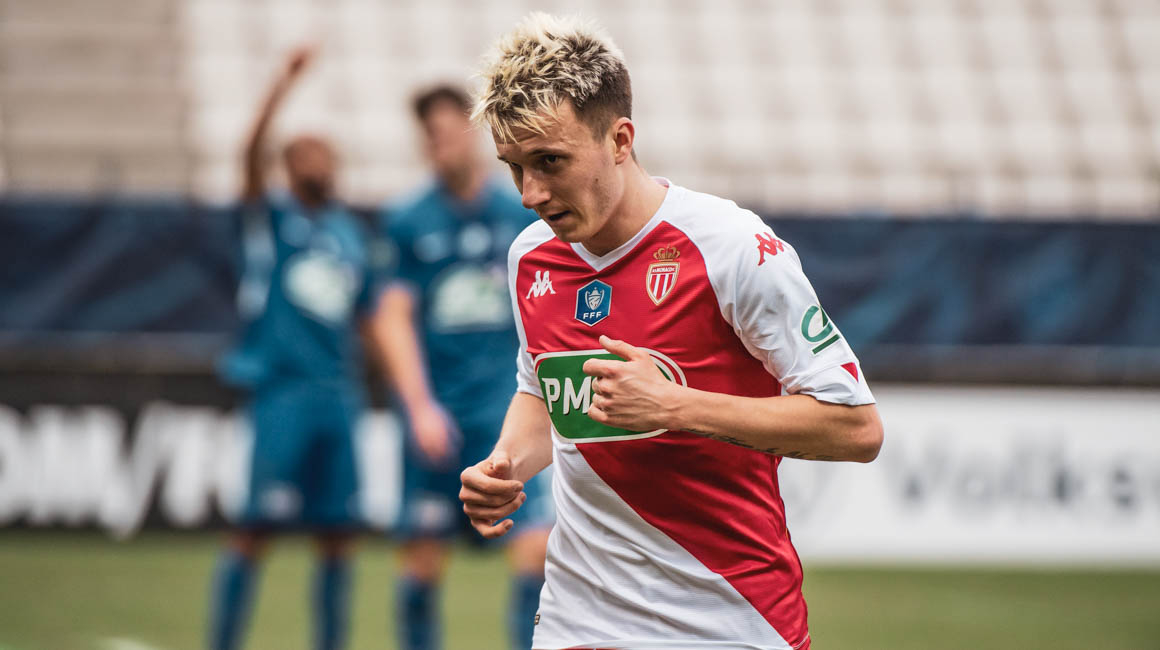 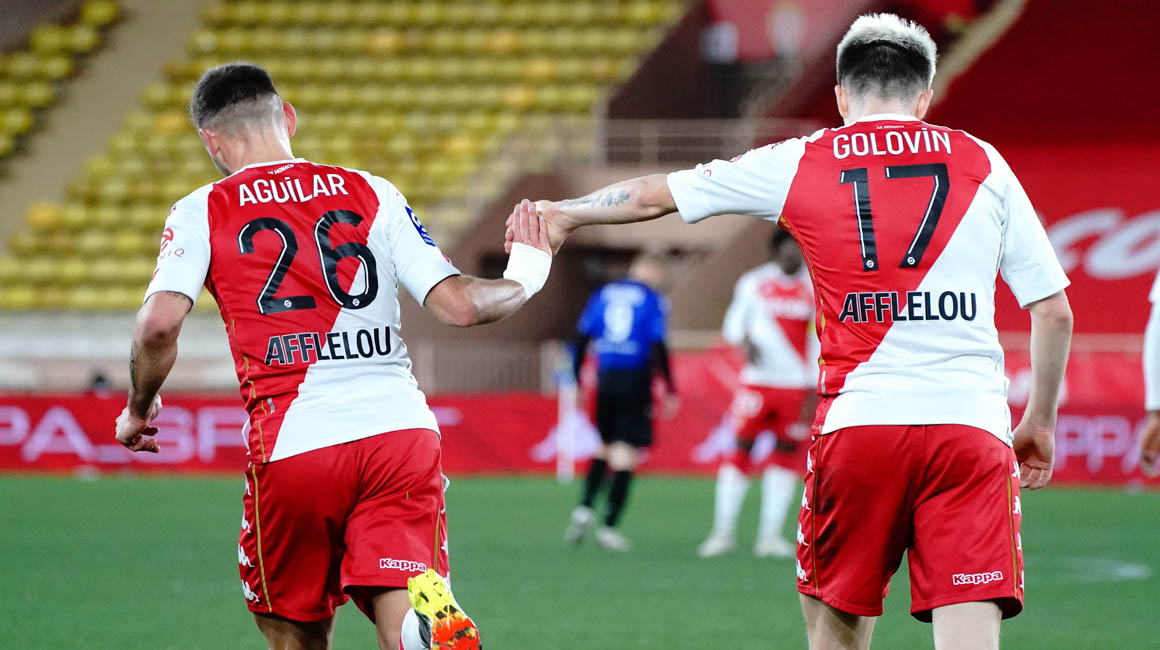 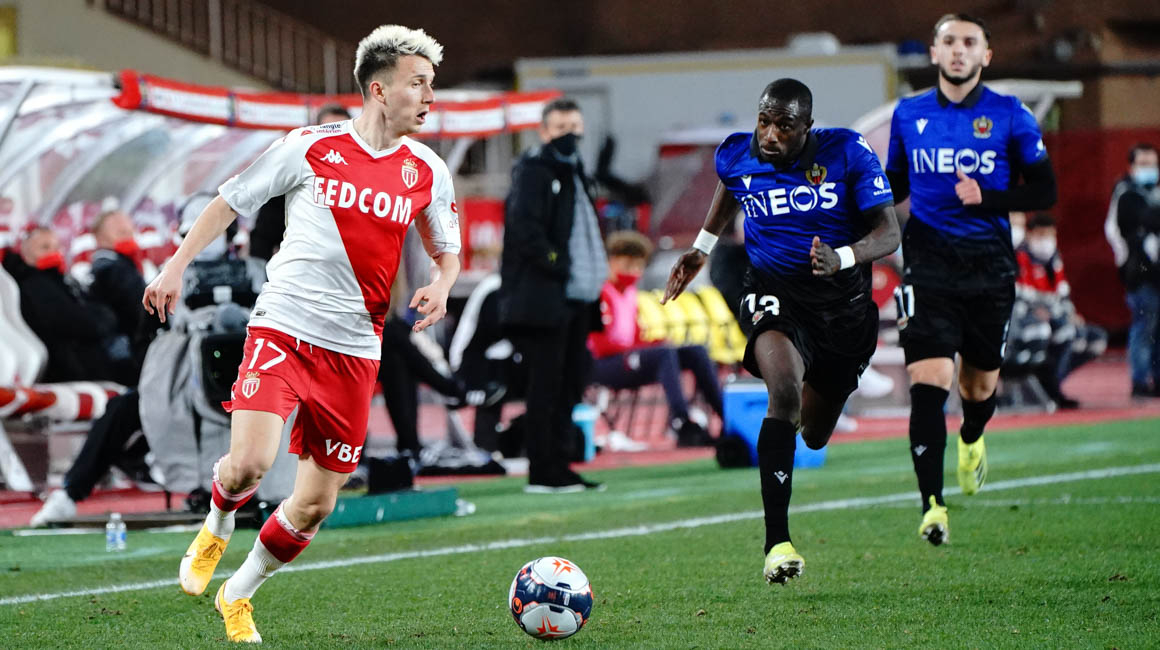 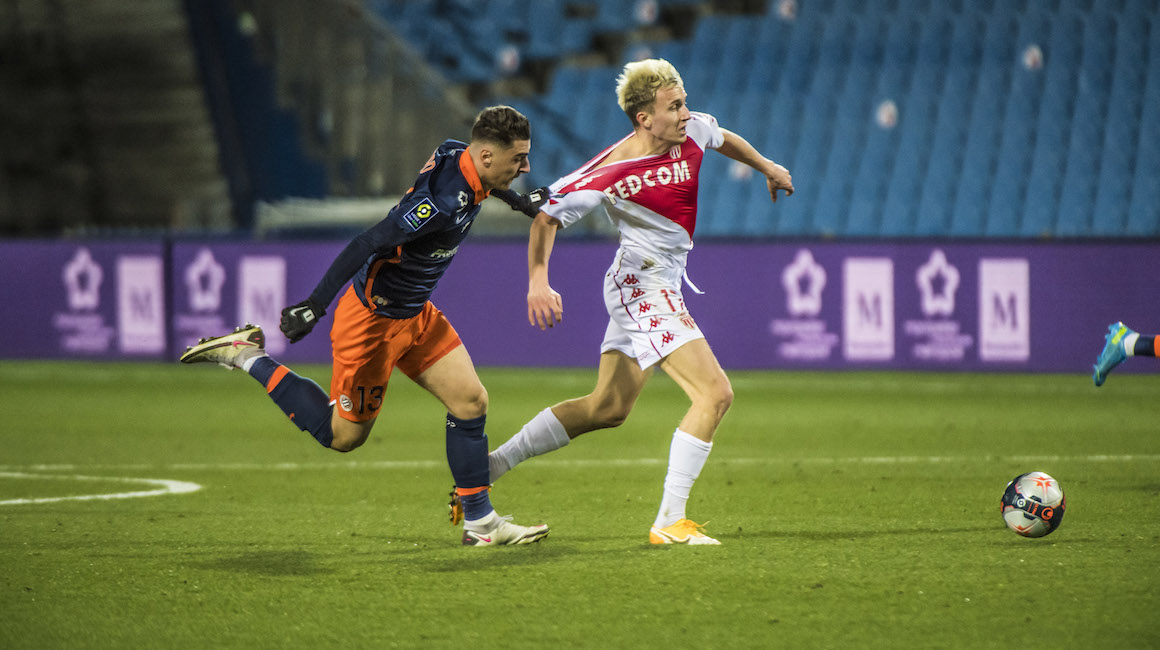 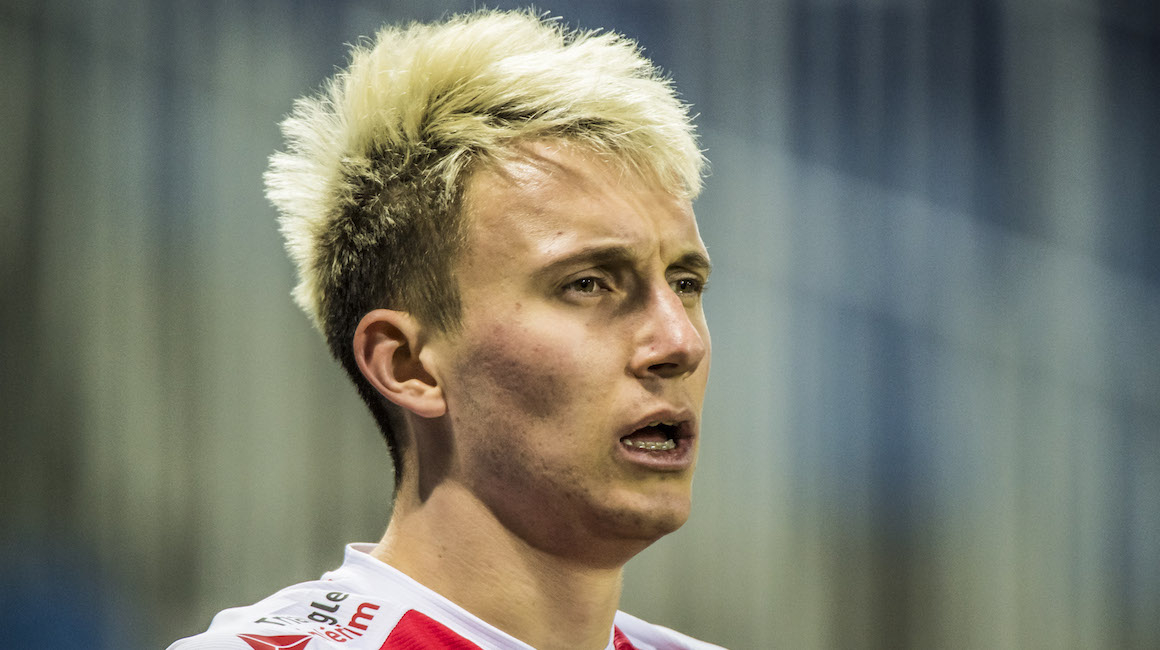 *(in brackets, the number of times a player has won the award this season)