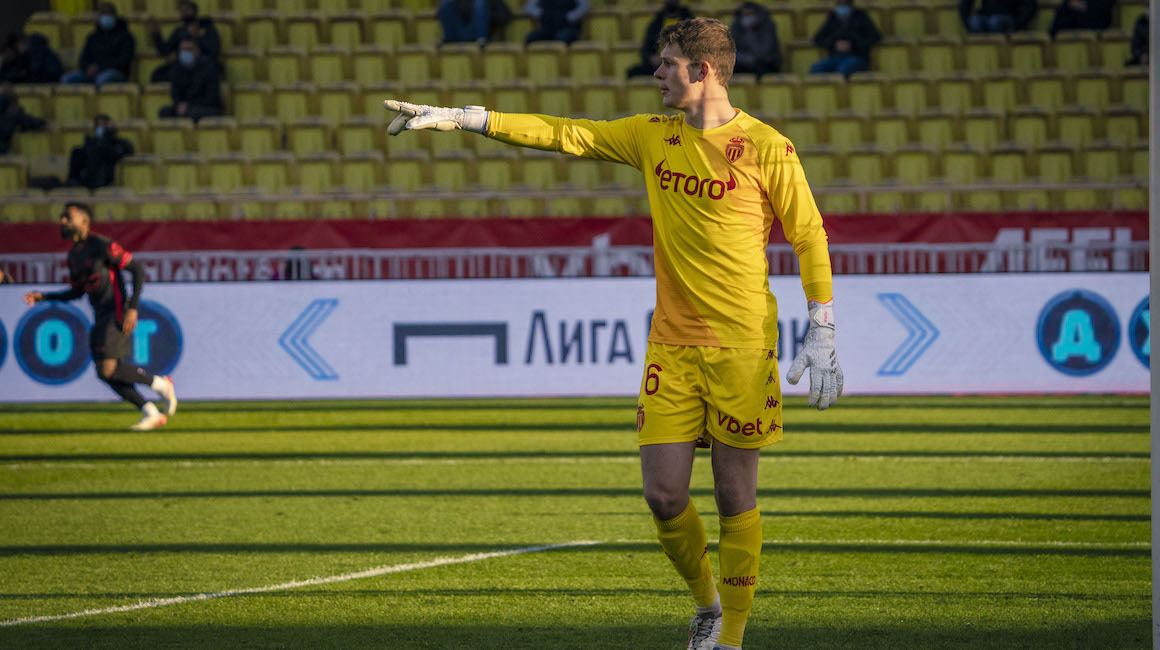 The numbers behind our big win over Clermont
After two clean sheets in a row in the last two AS Monaco games in Ligue 1, the goalkeeper of the Rouge et Blanc expressed his thoughts in a press conference before the match in Montpellier on Sunday (17h05).

He is imperial in 2022! Author of decisive saves against Rennes before the winter break (2-1 success), Alexander Nübel has not yet conceded a goal in this new year. After two clean sheets in a row against Nantes (0-0) and Clermont (4-0) in the french league, the German keeper of AS Monaco has taken an impressive stature in recent weeks. Two days before facing Montpellier, a direct competitor in the ranking, he gave his impressions to the media. 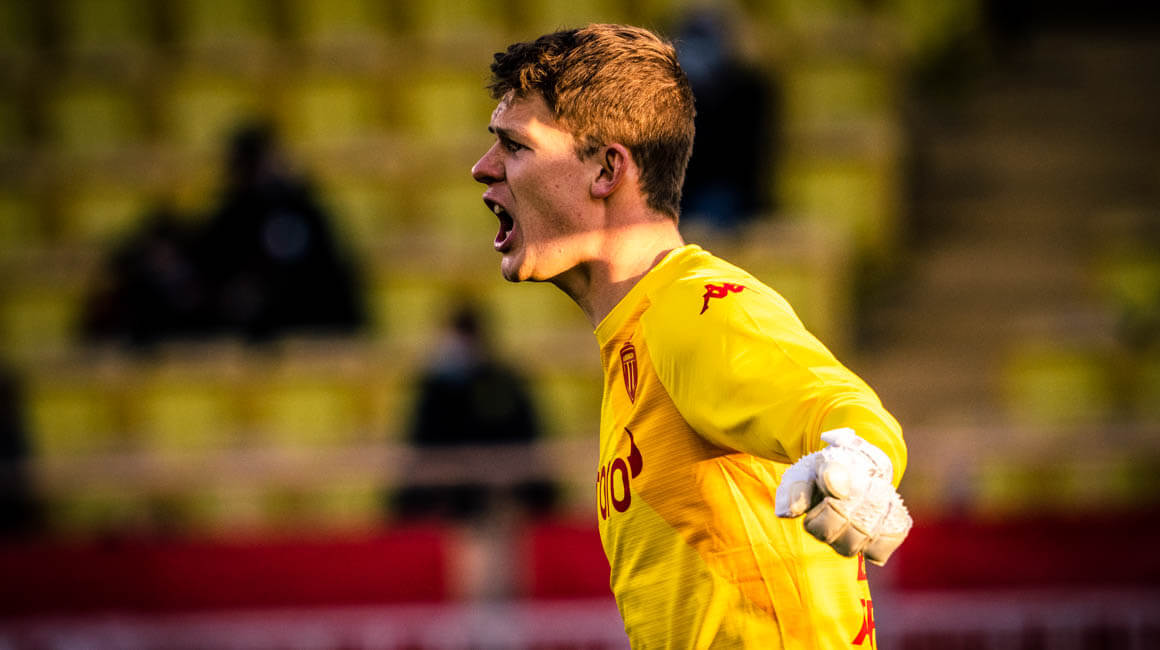 His rise in performance

To be honest, I didn’t really change my way of working. I had to adapt to this new life, this new country, and new league. The first games were not at the level I was hoping for. But I had to stay calm and take refuge in my work. That’s what I did. Week after week I improved, and I feel much better now. Today I have confidence in myself, I am performing well, and I am fully satisfied.

Competition helps me when it’s healthy, like it is here. If you have a good competition between the goalkeepers, you progress and you show your qualities every weekend. It’s a good thing to have this rivalry in the group, it pushes you to be more performant and to show more and more on the field. Especially if it takes place in a good atmosphere, which is the case in Monaco. I am someone who helps my teammates and tries to be fair. All of this is positive for us.

In the past, I've been a little more nervous in this kind of situation, but I've learned to stay calm and collected. I just had to work even harder than before. I just tried to be better and better, both personally and with my teammates.
Alexander NübelGoalkeeper, AS Monaco

About the staff’s instructions

When the staff changes, there are always some small differences in the way we work. I talk a lot with the new goalkeeper coach, who gives me advice. There are not specifically big changes in the way I throw in short or long shots during the games. It depends on who we are playing against. 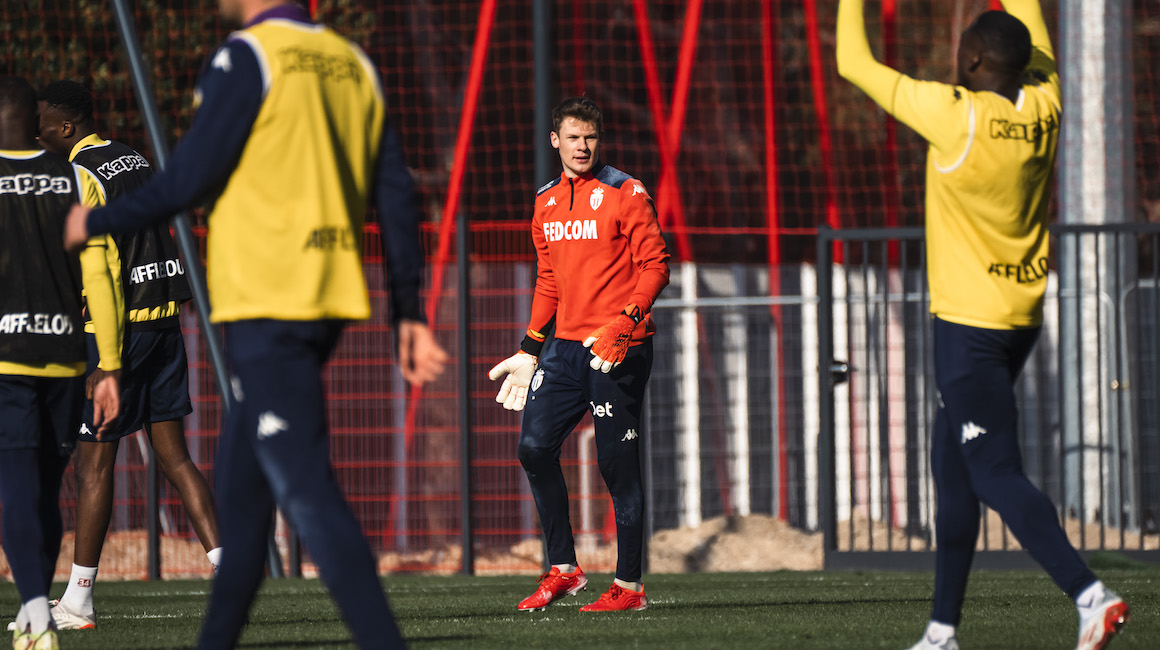 The pressure he may have felt in the beginning

In the past, I’ve been a little more nervous in this kind of situation, but I’ve learned to stay calm and collected. I just had to work even harder than before. I just tried to be better and better, both personally and with my teammates. I worked on myself and my partners helped me. I talked to my family as well about the pressure I was feeling, and they helped me a lot to deal with the situation. Concerning the coach, I have the impression that he tries to be close to the players, there is really a good atmosphere during the trainings and I feel it every day. It’s good for everyone.

It's true that the presence of Ismail and Kevin has facilitated my integration into the group, even if we didn't know each other before I moved to Monaco. I also get along very well with Radoslaw, Strahinja and Aleksandr for example. We really have a great group and I am very happy to be part of it.
Alexander NübelGoalkeeper, AS Monaco

About the players he feels close to

My adaptation was not very easy at the beginning, but today I am very happy to be here. I am learning a new language, a new culture, and it is very enriching. It’s true that the presence of Ismail and Kevin has facilitated my integration into the group, even if we didn’t know each other before I moved to Monaco. I also get along very well with Radoslaw, Strahinja and Aleksandr for example. We really have a great group and I am very happy to be part of it.

He is a very multi-skilled player. He can play as a left winger or as a defender. He’s really a very important player for our team and he has the ability to do a lot of things on the pitch We have seen that he can also play very well as a number 10 in the last games. He has a lot of qualities and he’s also a very good guy.

He is already a top player, and plays for the French national team (7 caps). We know the quality of the squad of France, so it says a lot about the qualities he has. He is a very important player for us, and for me he will become a reference in the future years in the position of number 6 or 8, it is certain. 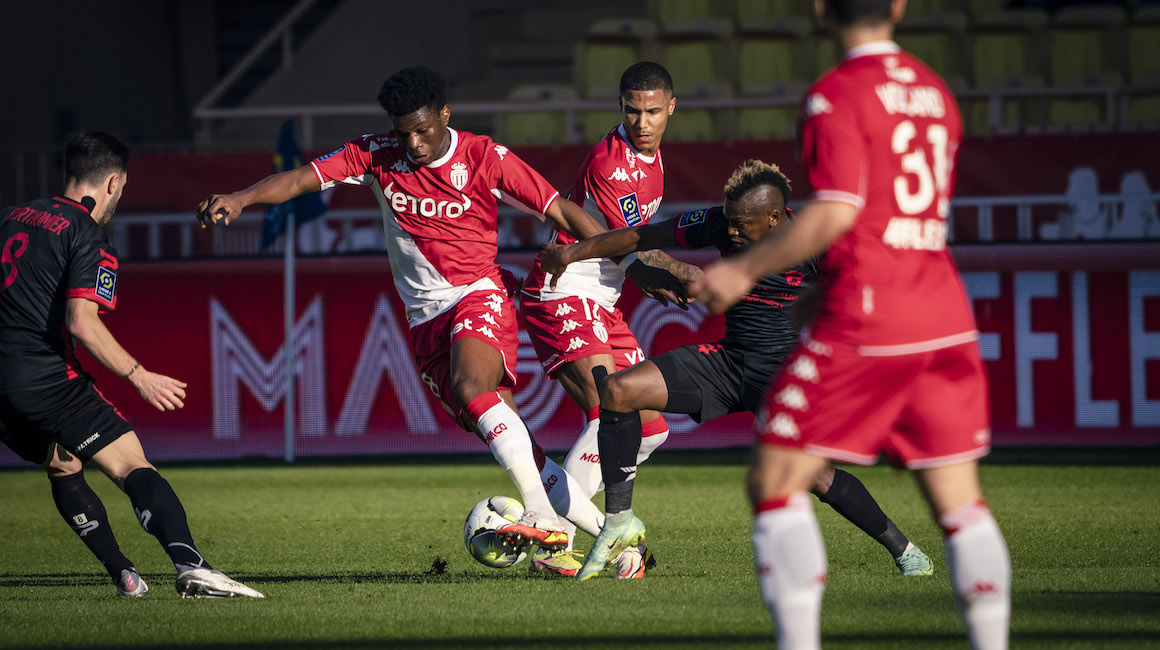