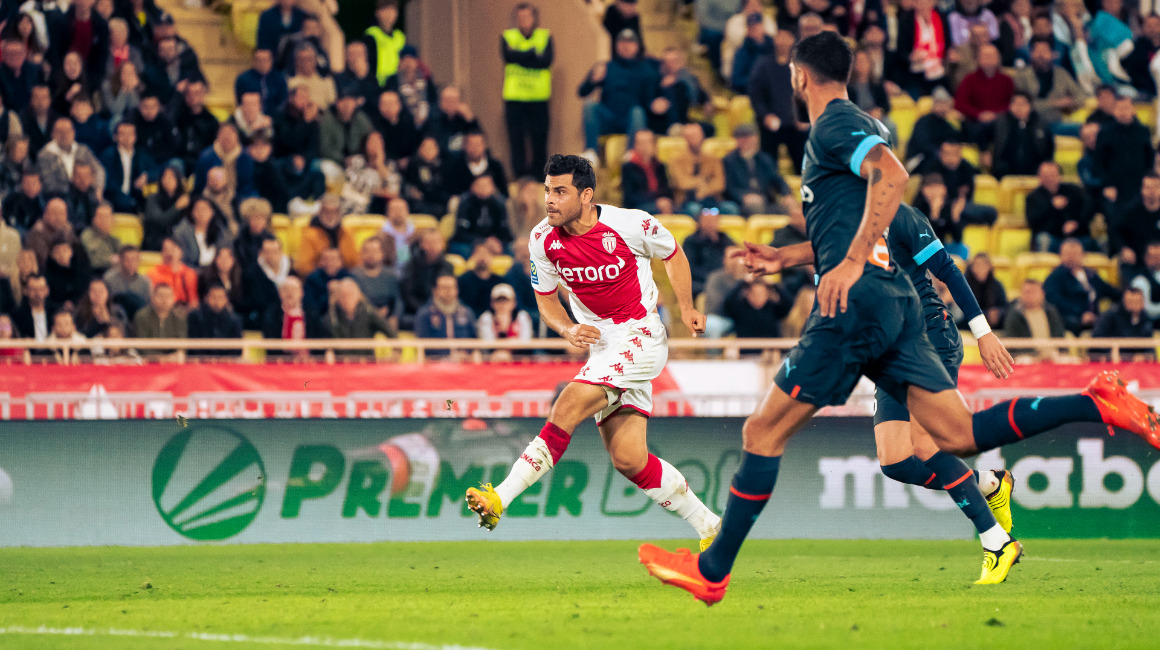 Despite a great burst of energy and after having turned the match around in the second half, the Rouge et Blanc unfortunately lost against Olympique de Marseille (2-3), just before the international break.

Terrible. At the end of a crazy match and after going back in front in the second half, AS Monaco succumbed at the end of the match against Olympique de Marseille (2-3), as part of the 15th and last matchday in Ligue 1 before the World Cup. To try to end the first part of the season well, Philippe Clement opted for a classic flat 4-4-2, with Axel Disasi in at right-back and the duo of ‘Yedderland’ in attack, with Aurélien Tchouameni, who had come to give the ceremonial kickoff, cheering his former teammates on.

Plenty of chances… but no success!

The match started very strongly, with a big chance for Nuno Tavares, who got on the end of a perfect cross from Jonathan Clauss to the far post (2′). But the reply was almost immediate from the Monegasques, with a strike from Youssouf Fofana – called up this Wednesday with France for the 2022 World Cup from the edge of the area (8′). La Tribune Pesages, packed for the 70th anniversary of the CSM, was nervous, however, on a header by Matteo Guendouzi (9′).

Once again, AS Monaco put their foot on the ball, and Mohamed Camara missed Pau Lopez’s goal after a good sequence of play (14′). There was no more success for Amine Harit, either, played in by Nuno Tavares (16′). The match was balanced, but neither of the two teams managed to hit the target. Not even Samuel Gigot, very well placed at the edge of Alexander Nübel’s area (23′), or Jonathan Clauss, who overhit his shot (26′). 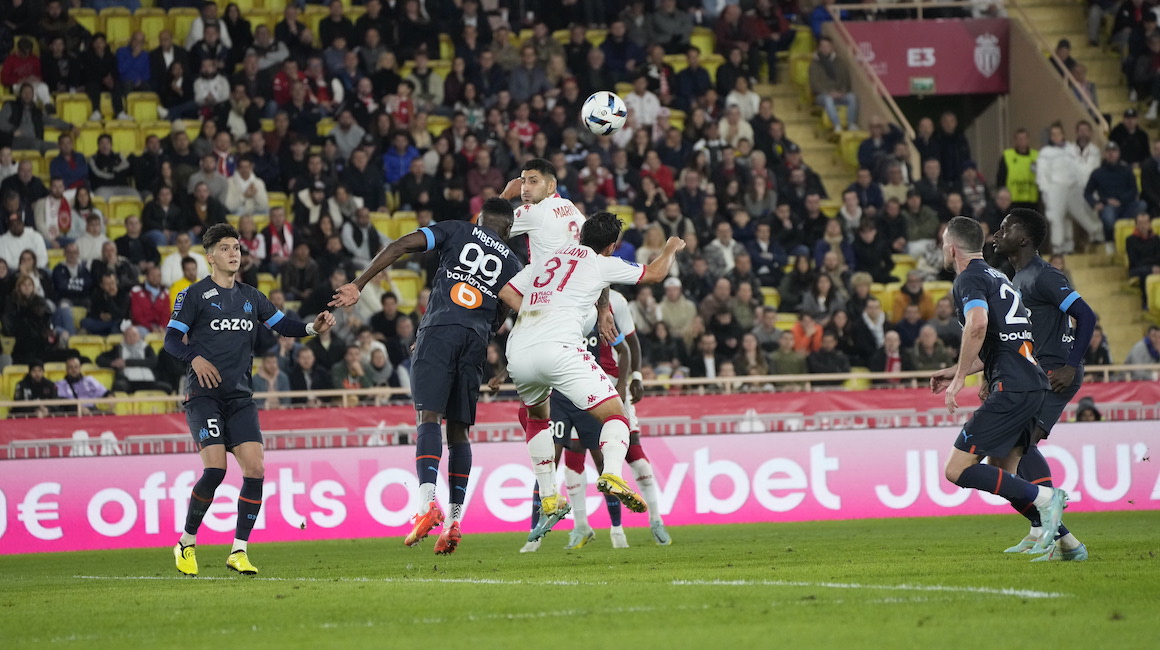 It was finally Kevin Volland who was very close to opening the scoring, on a low shot from the left, which Pau Lopez managed to keep out (30′). Unfortunately, Alexis Sanchez responded and immediately opened the scoring with a magnificent free kick from twenty meters (0-1, 35′). It was a tough blow for the Rouge et Blanc, who nevertheless raised their heads a few minutes later… at another set piece. This was a penalty won by Krépin Diatta, and Wissam Ben Yedder finished with a panenka for the equalizer (1-1, 45′)!

It was the 83rd goal for the Monegasque captain with the club, which allows him to join Radamel Falcao in third place in the ranking of the top scorers in its history. The second half started with a stretch of Monegasque mastery. Axel Disasi even found himself in a position to score, but Pau Lopez pushed the ball back into the path of Krépin Diatta whose attempt from close range was also stopped (57′). The match then took another turn, when Amine Harit was forced to leave the pitch with a seemingly serious injury (62′).

A terrible end to the match

After a period where the match drifted, AS Monaco again ignited this match, which had fallen in intensity. It was then that Wissam Ben Yedder was close to deflecting a fine pass from Aleksandr Golovin into goal, before Kevin Volland tried his luck with a header (67′). Those last two would link up again six minutes later. The Tsar perfectly served the German striker with a ball into his feet, and he beat Pau Lopez from close range (2-1, 72′) with a gorgeous finish. 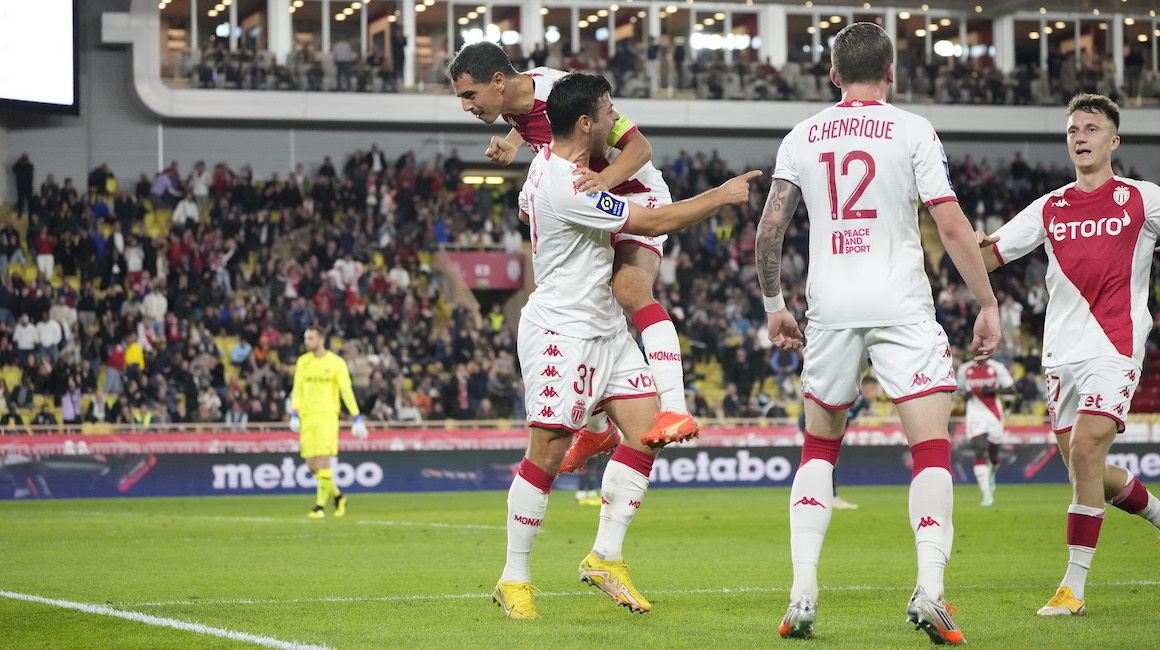 The Rouge et Blanc were doing better physically, and that was reflected on the scoreboard. Youssouf Fofana was even close to increasing the lead with a shot from the left, but his effort very narrowly was off target (77′). This lack of finishing would benefit OM a few moments later, as they equalized through Jordan Veretout after a scramble in the box (2-2, 83′). It was infuriating, as in the last seconds, Marseille gave itself a last opportunity on a free kick by Dimitri Payet that Sead Kolasinac sent into the back of the net (2-3, 98′).

We concede late and fall to a defeat.

Back in action after the World Cup

AS Monaco therefore lost as a result of this header at the Stade Louis-II (3-2), in what was a terrible scenario, just before the international break. We will have to lift our heads on December 28 or 29 in Auxerre, to end 2022 in a good way.