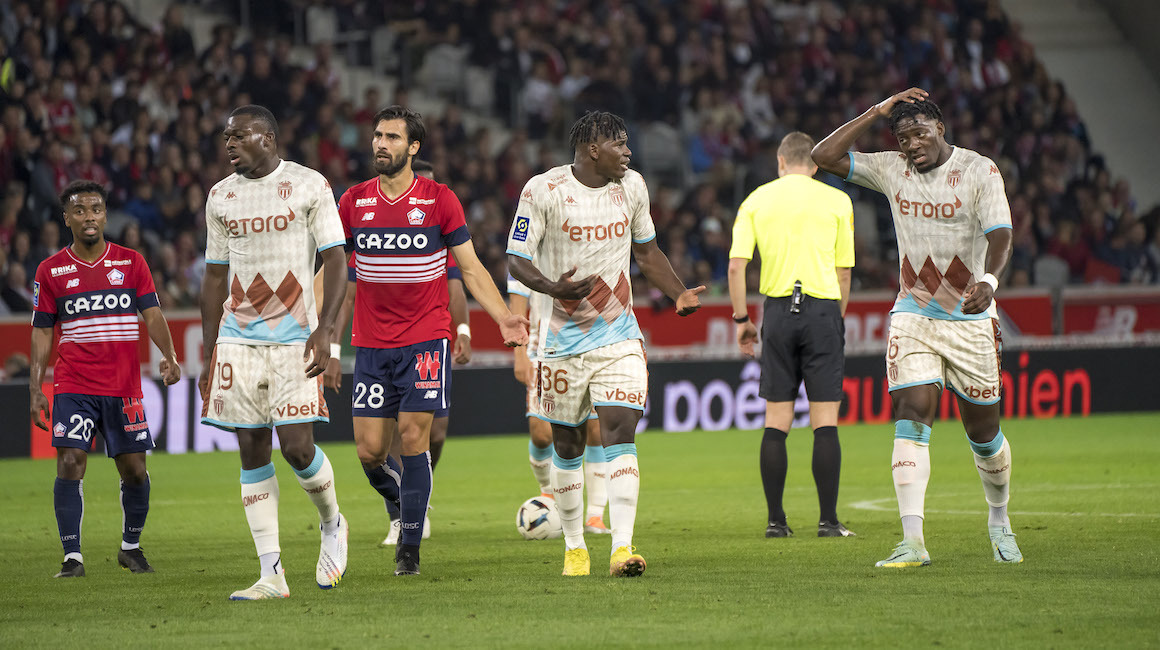 At the end of an incredible match, despite a great burst of energy, the Rouge et Blanc suffered an infuriating defeat away to LOSC (4-3), to finish the 12th matchday in Ligue 1.

Despite giving their all, at the end of a completely wild match, AS Monaco narrowly lost to Lille (4-3). In an attempt to continue the Rouge et Blanc‘s unbeaten streak in the league (six games), Philippe Clement once again opted for stability. Only Eliot Matazo came into the starting lineup, in the absence of Mohamed Camara, who was suspended. 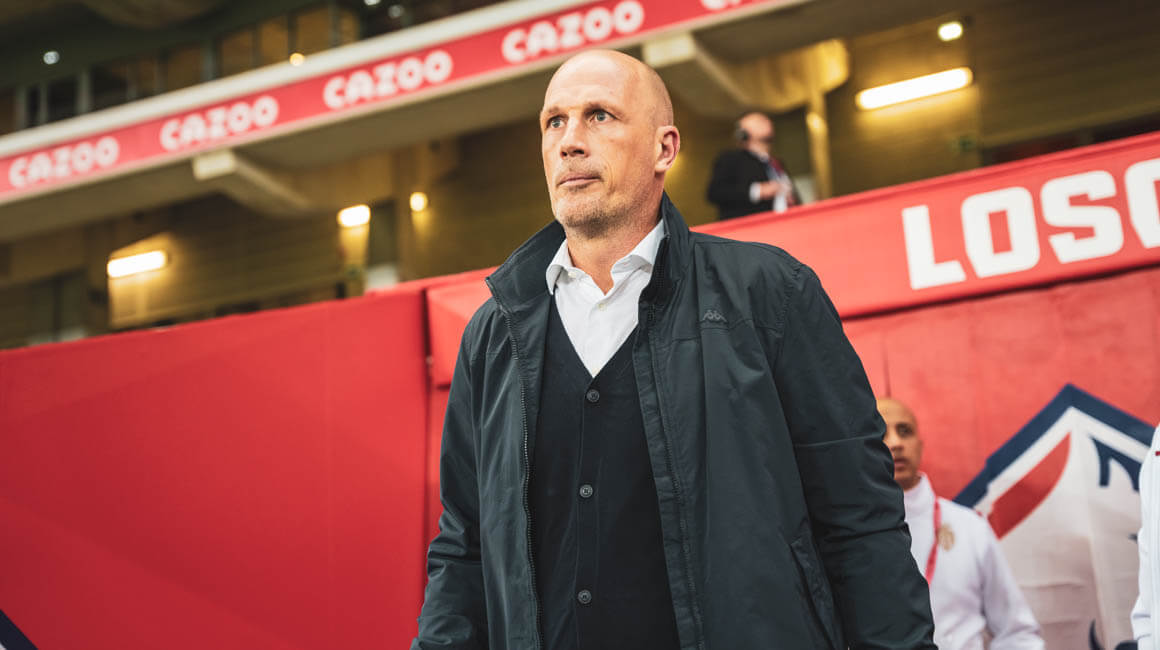 A very even start

The pressure was very strong from the kick-off from the teammates of Breel Embolo, who has been involved in six goals in his last six matches in Ligue 1 (4 goals, 2 assists). Adam Ounas tried to ignite the match for Lille, but it was Wissam Ben Yedder who had the first promising chance, on a well-played one-two with Aleksandr Golovin (7′).

Found on a long ball by the Tsar, the Swiss striker managed to take the ball down on his chest, but his cross was blocked (16′). It was then on a long ball from Jonathan Bamba that the score failed to be opened. The Lille winger fired a shot from range, but Alexander Nübel, impeccable on his line, made a nice save (18′). The German goalkeeper could not do anything, though, on a powerful header by Alexsandro four minutes later (22′). 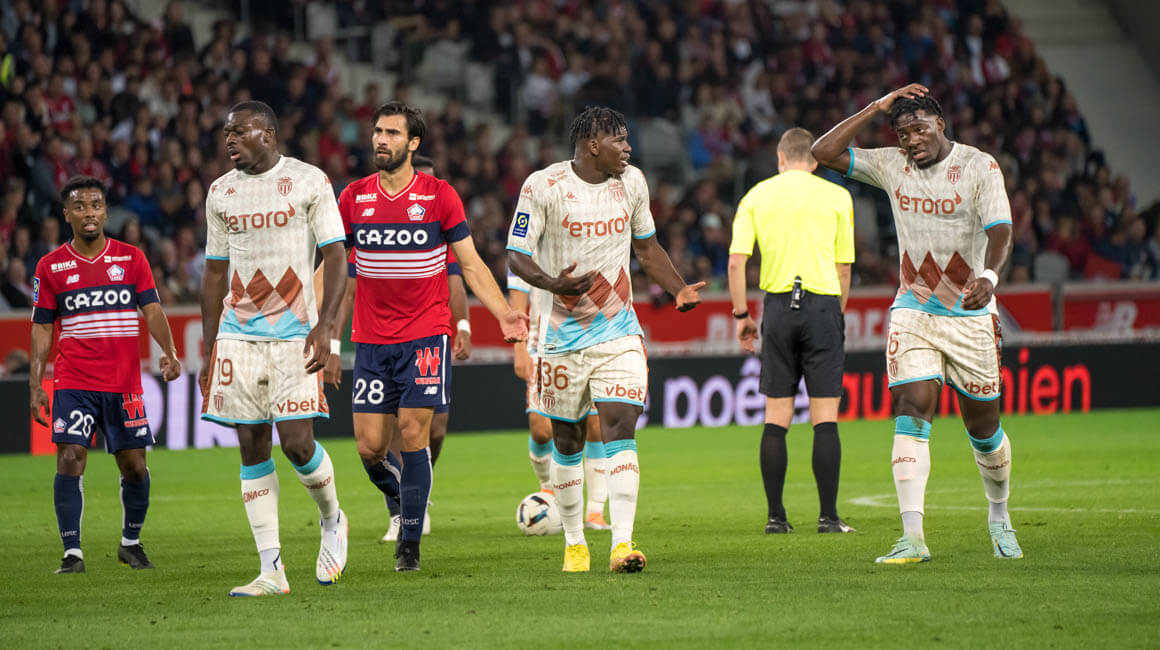 A moment of magic from Caio Henrique!

Vanderson responded from range (24′), and then Jonathan David failed to double the lead (27′). And it was finally on a free kick from more than thirty meters that Caio Henrique allowed AS Monaco to tie the match up (1-1, 34′)! It was his third goal in Rouge et Blanc, and his second from a set-piece… in his 100th appearance!

💯 matches for Caio Henrique with the Diagonale!

It was a short-lived respite, though, as LOSC went back in front thanks to the opportunism of Rémy Cabella on a very good pass from Jonathan David (2-1, 39′). There was no time to hesitate, however, for the Monegasques, who were dangerous on a volley by Golovin (43′). It was saved, but on the next corner, Axel Disasi benefitted from a perfect pass from Wissam Ben Yedder to finish from close range (2-2, 44′)! 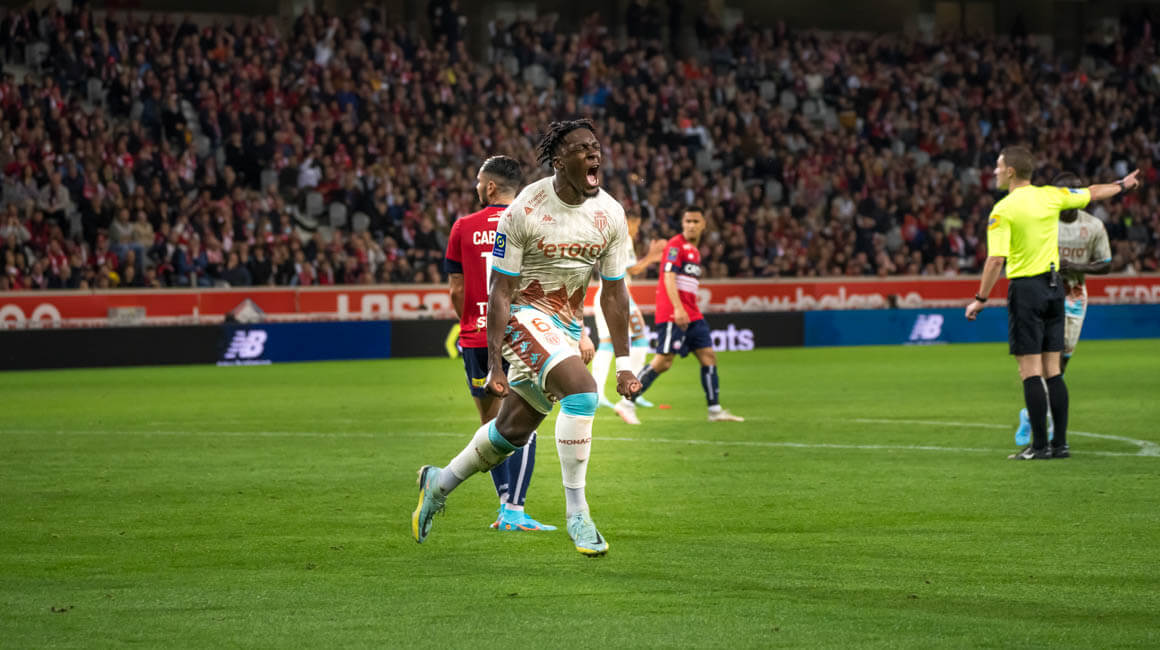 A wild end to proceedings

It was the third goal this season for our number 6, and his first in Ligue 1, which allowed Philippe Clement’s men to level again before the break. Returning from the locker room, Golo showed up with his special, a curling effort (49′). But it was Wissam Ben Yedder who would find the net for a third time, with a sublime chipped effort (2-3, 53′)! It was his fifth goal in the top flight this season for him, and his 81st overall, just two behind Radamel Falcao.

The Monegasques continued to press for another goal, despite everything and Krépin Diatta was denied by Lucas Chevalier (59′). Unfortunately Rémy Cabella once again levelled this crazy match with a fine bit of play on the counter (3-3, 62′). What a match… Then, the Stade Pierre-Mauroy would erupt once again as Jonathan Bamba left Alexander Nübel no chance as he restored the lead (4-3, 71′). 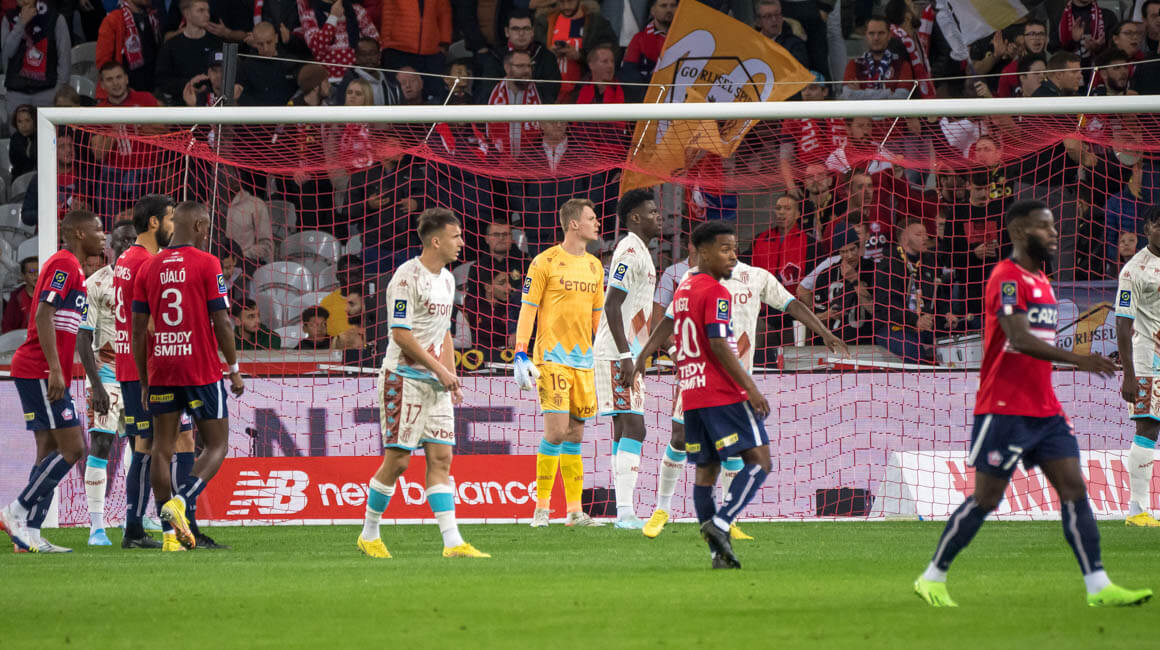 The Belgian manager then took the opportunity to bring on fresh blood. Despite this, LOSC pushed hard, as Tiago Djalo (84′) and then Timothy Weah (91′) were close to adding to the hosts’ lead, but for a decisive Alexander Nübel. The score did not change in the end and Lille ended the Rouge et Blanc unbeaten streak. A reaction will be expected on Thursday in the Europa League away to Ferencvaros (9 p.m.).